To say Hollywood “Maverick” Tom Cruise is a ball of energy might be a teensy bit understated. In fact,  he’s so electrifying that Will Smith described him as a “cyborg!”

Is the Cruiser really that extreme? It certainly sounds like it. Find out what Smith was referring to, along with some other Tom-ultuous facts, below.

I am legend… no wait a minute, he is! 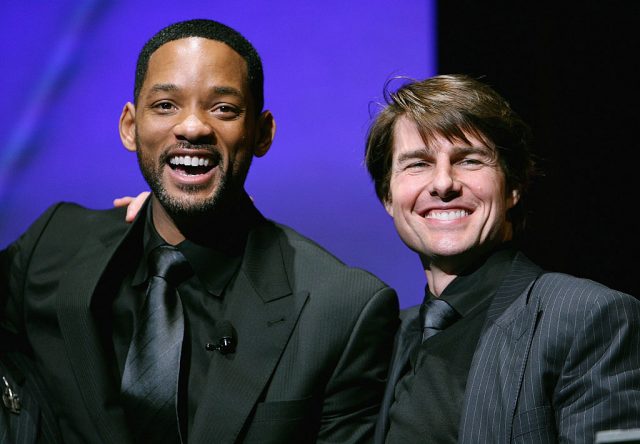 Will Smith released his much-anticipated memoir in 2021, appropriately titled Will. It’s here that he mentions his admiration for Tom Cruise.

After taking movie star advice from fellow action man Arnold Schwarzenegger, the younger Smith decided to focus on self-publicizing his movies. To reach the top, he’d climb a mountain of interviewers and shake hands with thousands of fans at the summit.

Cruise was definitely racking up the hours in terms of press. So Smith “vowed to do two hours more than whatever he did in every country.”

How did that work out? It appears Smith was exhausted while Cruise didn’t break a sweat. “Tom Cruise is either a cyborg, or there are six of him,” Smith writes in the book.

Still, Smith got his revenge, kind of. Producers of the original Disney Aladdin reportedly conceived the Genie as Tom Cruise. When the studio remade the classic as a live-action version, guess who got the top job? Will Smith.

The best run in the business 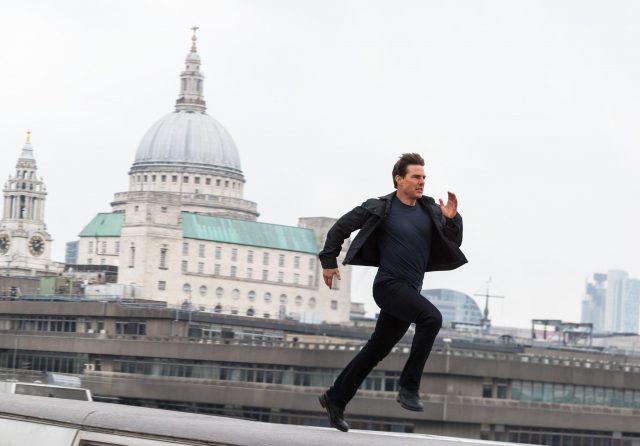 You’ve got to hand it to Tom Cruise, the man is light on his feet. And his movies make more money if he breaks into a run.

The surprising discovery was made by Rotten Tomatoes, which closely analyzed Cruise’s output. Even down to calculating how far he sprinted in each flick! Apparently he “has sprinted a little over 24,000 feet on screen throughout his 37 years in the movies.” 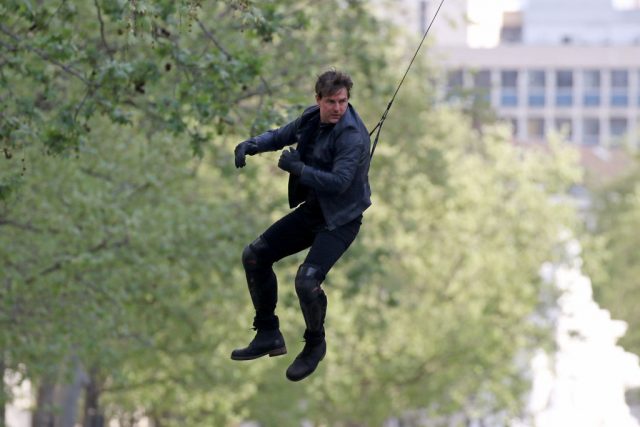 Though he nearly played Iron Man, Tom Cruise hasn’t appeared in a comic book cinematic universe to date. And if he did, there’d be trouble on the merchandising front.

You see, he doesn’t allow companies to use his face for products like action figures. The same reportedly goes for video games. This makes things awkward for fans looking to play with their favorite character! 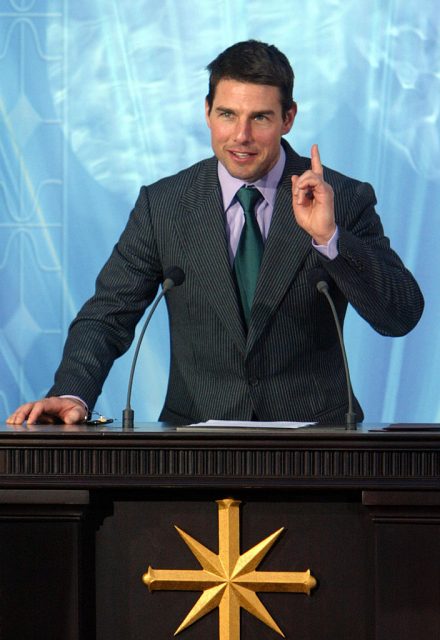 US actor, Tom Cruise speaks during the inauguration of the Church of Scientology in Madrid, 18 September 2004 (Photo Credit: PIERRE-PHILIPPE MARCOU/AFP via Getty Images)

Before he became a Scientologist, the young Cruise was set to join the ranks of the Catholic Church in Cincinnati. As pal Shane Dempler commented to the Daily News, they “thought the priests had a great lifestyle.”

However, things went south after the pair decided to spirit away some liquor from the monks. In a possible foreshadowing of Mission: Impossible, the good stuff was stolen by one and thrown from a window to the other.

The authorities found out and Cruise was out the door, though his involvement in the drama club at St Francis Seminary School sparked a passion for performance. 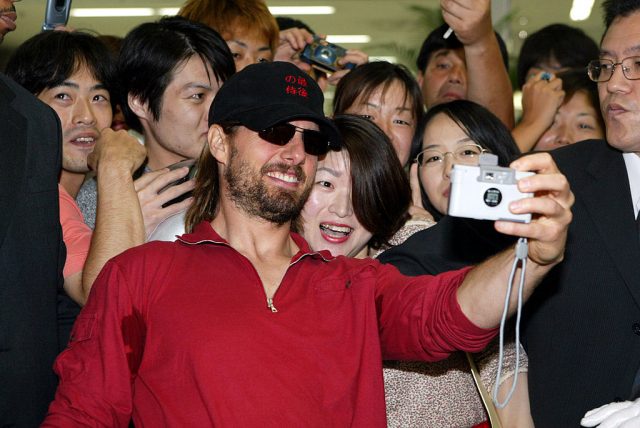 As Will Smith noted, Tom Cruise gets around in his role as a world-famous movie icon. One country in particular wanted to mark his frequent appearances by giving everyone time off in his honor.

Cruise “paid more visits to Japan than any other Hollywood star, so he is the first one to receive his own holiday in the country,” writes CheatSheet.

He (allegedly) enjoys a game of hide and seek 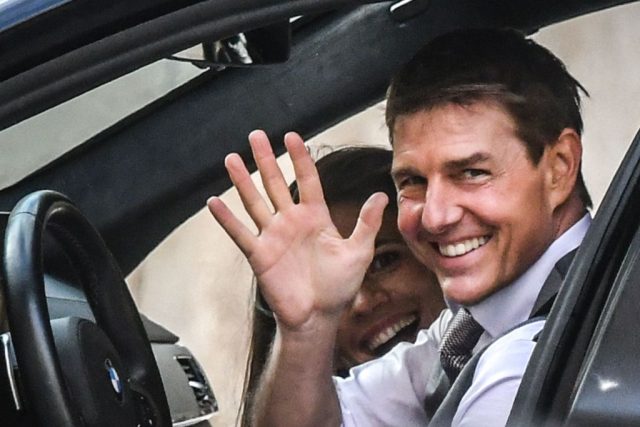 US actor Tom Cruise and British-US actress Hayley Atwell are pictured during the filming of “Mission Impossible : Lybra” on October 6, 2020 in Rome. (Photo Credit: ALBERTO PIZZOLI/AFP via Getty Images)

With his infectious enthusiasm, Cruise sometimes comes across as almost like a big kid. In fact, he’s reportedly been known to invite fellow adults to play hide and seek with him. In 2015 actress and former Scientologist Leah Remini stated that Cruise invited house guests to join him in some playground-style antics.

Remini wasn’t game apparently. Though a certain Will Smith and wife Jada Pinkett-Smith were in attendance! The King of Queens star made the allegations in her memoir Troublemaker.

“According to former Scientology church executive Mike Rinder,” wrote Metro, “the Smiths are not Scientologists but they are very friendly with Cruise.” If the incident happened as Remini said, did the Smiths accept Cruise’s reported offer? 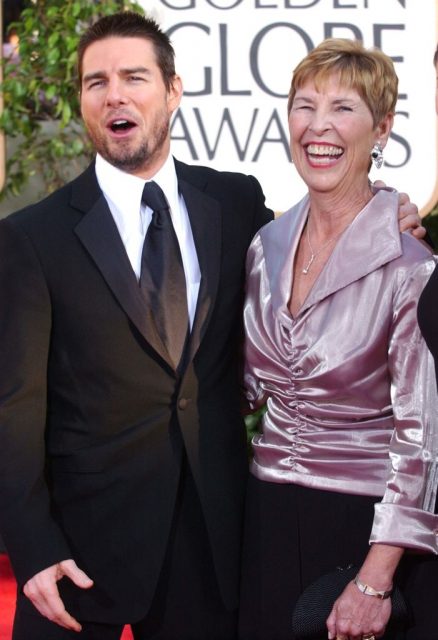 What better way to treat your beloved parent on Mother’s Day than to… have her jump out of a plane? That’s what happened when Tom Cruise invited Mary Lee down to Florida, where he was shooting Days Of Thunder (1990).

More from us: Nicolas Cage Facts That Show Why He Is A True Original

How did she react to this extreme request? According to Cruise, she replied: “OK, honey. Let’s do it.” Turns out he’s a chip off the old block