12 Pictures That Show Alternate Views of Iconic Moments in History

There are some historical events that are so memorable that a single picture is enough to remind us of the moment. However, we often become familiar with one single view of an event as shown through famous photographs. Here, we take a look at different angles that offer us new historical perspectives for moments frozen in time. 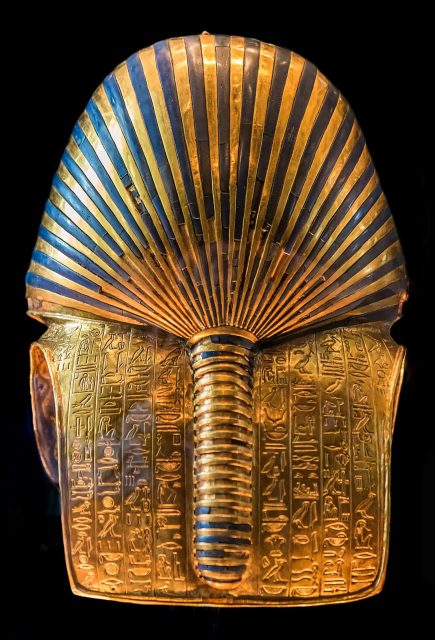 The mask of Tutankhamun is one of the most recognizable burial masks of all time. However, we often don’t see the reverse side.

On the back of King Tut’s golden mask is a protective spell inscribed in Egyptian hieroglyphs. 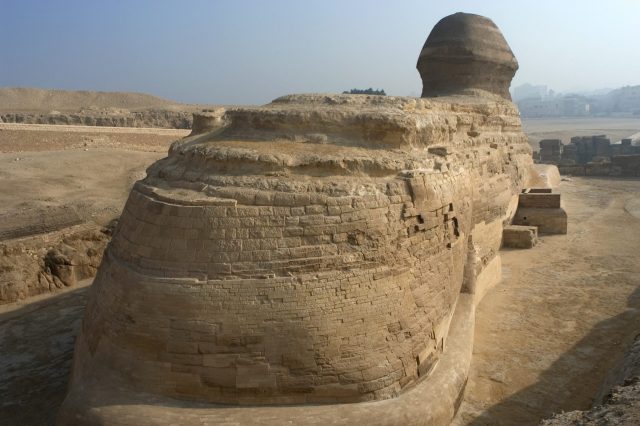 We never would have guessed that the Great Sphinx has a tail, probably because we typically see photographs of it from the front. If you look closely, you may notice the Sphinx’s tail wrapped closely to its body.

This makes sense, as the Sphinx is a mythical creature with the body of a lion. Obviously, lions have tails.

3. A look at history being made 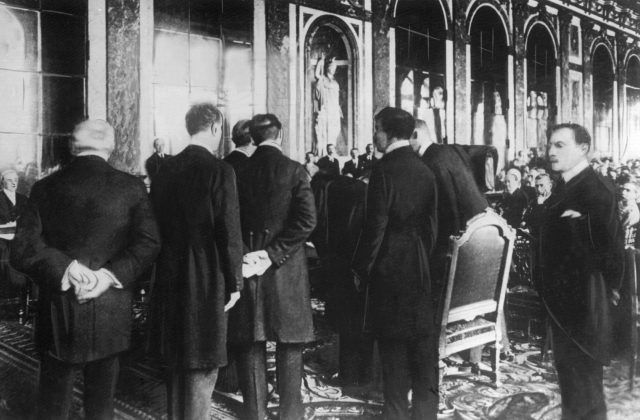 The Treaty of Versailles, arguably one of the most important documents of the twentieth century, was signed at the Palace of Versailles in June 1919. Here we see Hermann Müller signing the document as foreign minister. Behind him stands Johannes Bell. The two represented Germany at the Paris Peace Conference.

Their signature confirmed on the Treaty of Versailles that Germany was responsible for the First World War. 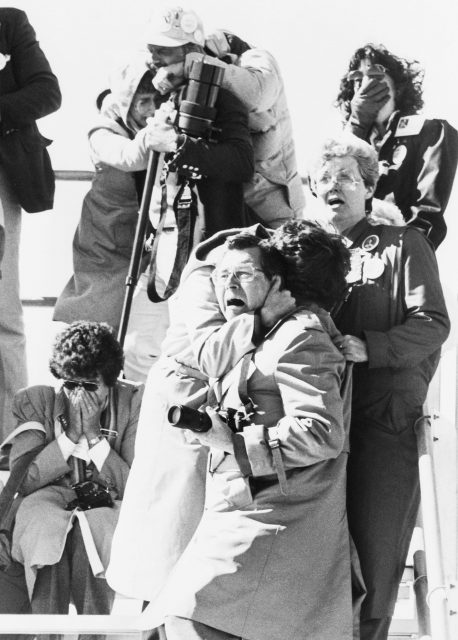 On January 28, 1968, the Space Shuttle Challenger exploded 73 seconds into its flight, killing all seven astronauts on board. The launch was broadcast on live television. Social Studies teacher Christa McAuliffe had been selected to go on this voyage from 11,000 applicants.

Students and teachers at Concord High School in New Hampshire where McAuliffe worked watched the launch and the explosion happen while they were at school, and couldn’t fully grasp what had happened.

5. George Bush’s life is about to change 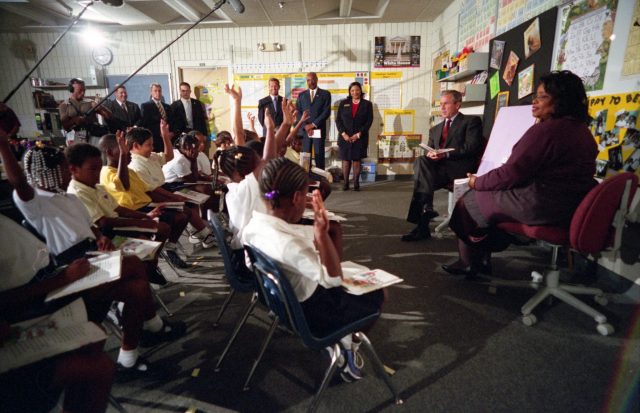 On September 11, 2001, President George W. Bush was reading at Emma E. Booker Elementary School in Sarasota, Florida. It was here while he was reading in front of a class of young children that Bush would come to learn about the planes hitting the Twin Towers in New York City.

Bush was informed about the attacks while the children were reading. However, rather than interrupt the children reading, Bush remained at the front of the classroom. Bill Sammon recalled in his book Fighting Back: The War on Terrorism from Inside the White House, that Ari Fleischer was in the back of the classroom holding a legal pad. On it, he had written the words “Don’t say anything yet” in hopes that Bush could read this from the front of the class. After learning about the second plane hitting the second tower, Bush remained in front of the schoolchildren for a total of seven minutes.

6. Aftermath of the Hindenburg Disaster 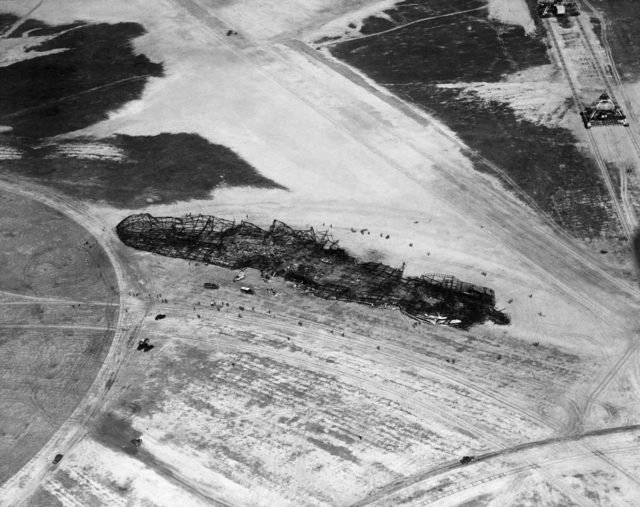 The Hindenburg Disaster occurred on May 6, 1937 in New Jersey. The Hindenburg’s initial landing in America was being broadcasted over the radio and film cameras were taping the event. The Hindenburg was filled with hydrogen, and when it caught fire the entire ship was engulfed in flames.

The disaster only lasted 40 seconds. Thirty-six people of the 97 people on board died as a result of this disaster.

7. The Lincoln memorial before the reflecting pool 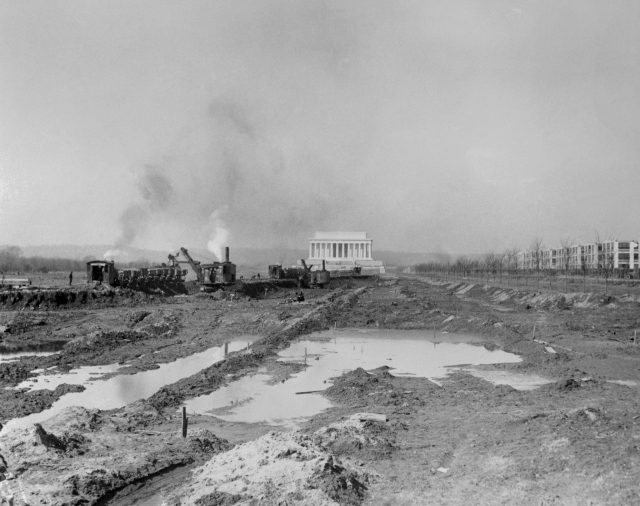 It’s easy to forget that the reflecting pool associated with the Lincoln Memorial hasn’t always been around.

The Lincoln Memorial was first completed in 1922, and the reflecting pool was completed a year later in 1923.

8. A different look at The Beatles’ last performance 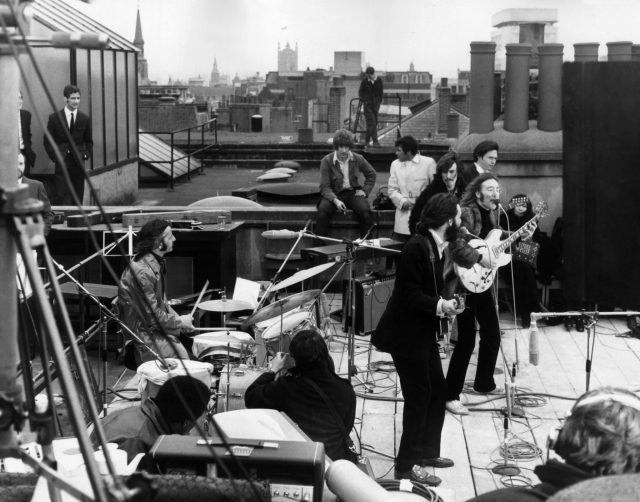 Side view of The Beatles’ last live performance on the rooftop of the Apple Organization building. (Photo Credit: Express/ Stringer/ Getty Images)

On January 30, 1969, The Beatles gave their last-ever live performance on the rooftop of their Apple Corps headquarters. The concert was unannounced, and initially, it was planned as the climax to the documentary “Get Back,” which later became “Let It Be.”

Their last rooftop concert is discussed in the Beatles documentary, The Beatles: Get Back, through the Disney+ streaming service.

9. Another angle of the Oscar selfie 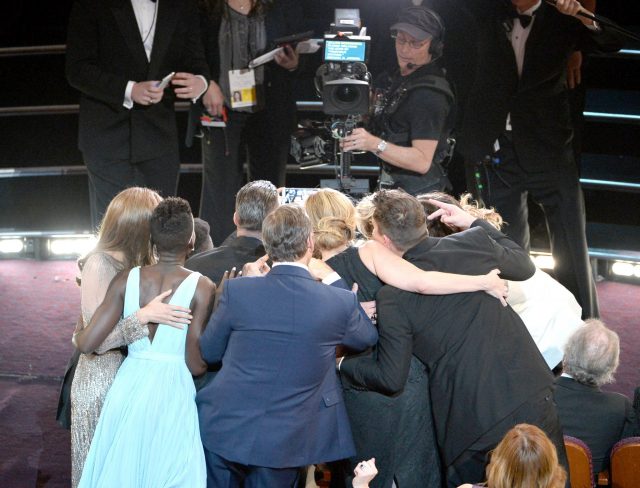 Here we see an alternative angle of an event that happened in recent history. In 2014, Ellen DeGeneres’ Oscar selfie broke the internet when she posted it on her Twitter. The tweet garnered more than 3.3 million retweets after Ellen posted it. 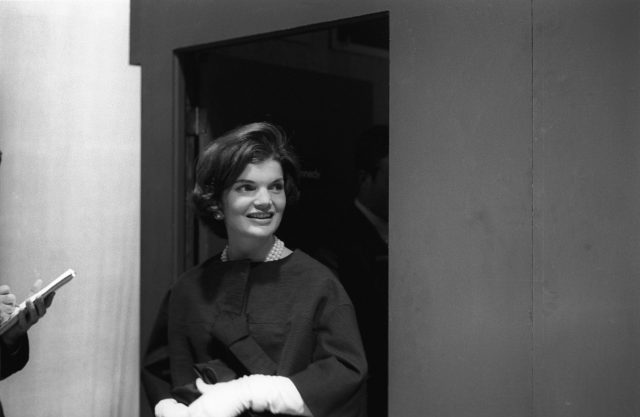 The presidential debates between John F. Kennedy and Richard Nixon changed American politics forever. The first-ever televised presidential debate took place on September 26, 1960, in Chicago. This debate was broadcast on CBS to 66.4 million televisions across the US.

Jacqueline Kennedy was pregnant with her second child during the debates but still managed to support her husband from the sidelines. Here she is pictured arriving at a filming of a  presidential debate on October 13, 1960. She also hosted Democratic leaders for viewing parties for each of the four debates. 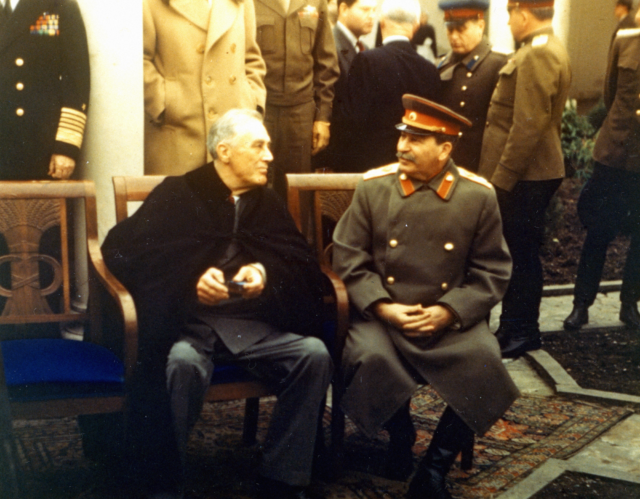 The conference was a meeting of the three World War II allies and gave the world many photographs of the “Big Three” leaders. 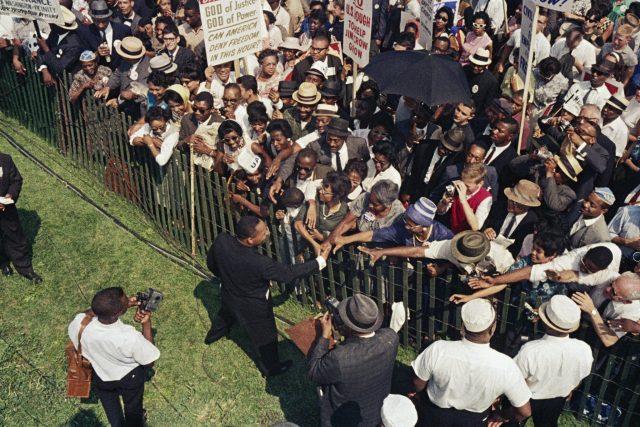