The Afghan woman who became famous after appearing on the cover of National Geographic in 1985 has been granted safe haven in Italy. Sharbat Gula, known globally as the “girl with the green eyes,” was just 12 years old when the now-famous photograph of her was taken at a refugee camp in Peshawar, Pakistan. 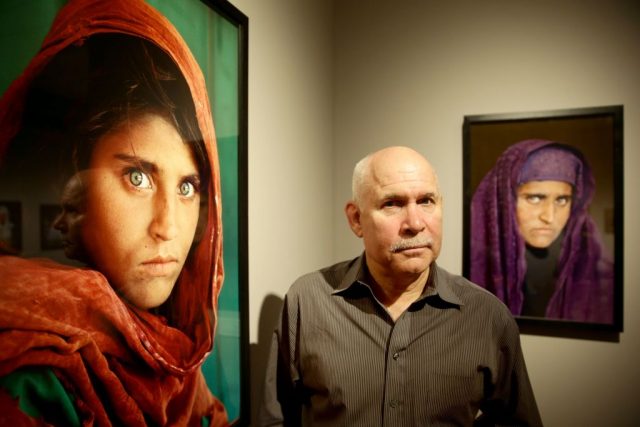 Gula’s evacuation to Italy follows the Taliban’s takeover of Afghanistan, which occurred soon after the US ended its nearly two-decades-long occupation of the country. The widowed mother-of-four, who is currently suffering from hepatitis C, had asked for help fleeing, a request the Italian government granted.

“In 1985, thanks to the photography of Steve McCurry, who the previous year had portrayed her very young in a refugee camp in Peshawar for the cover of National Geographic magazine, Sharbat Gula acquired global notoriety, to the point of symbolizing the vicissitudes and conflicts of the phase history that Afghanistan and its people were going through,” read a statement from the Italian government.

“Responding to the requests of those in civil society and in particular among the non-profit organizations active in Afghanistan which, after the events of last August, received Sharbat Gula’s appeal to be helped in leaving their country, the Prime Minister took it upon himself and organized her transfer to Italy within the broader context of the program for the evacuation of Afghan citizens and the government’s plan for their reception and integration,” the statement continued. 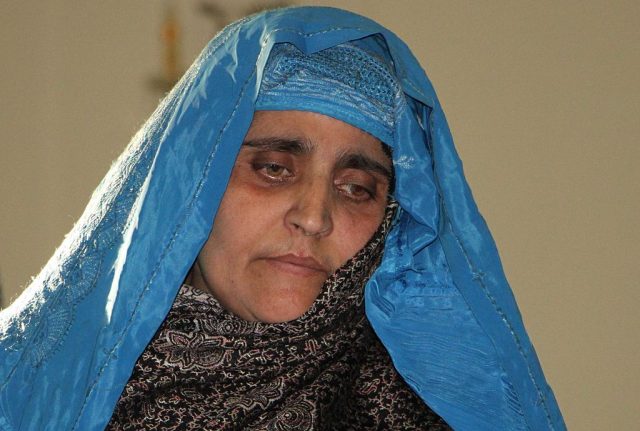 Following her picture being taken by McCurry, a war photographer, Sharbat Gula became the face of the Soviet-Afghan War. However, her identity remained unknown until 2002, when McCurry returned to Afghanistan and tracked her down. According to National Geographic, an FBI analyst, forensic sculptor and the inventor of iris recognition all verified her identity.

She resurfaced again in 2014, this time in Pakistan, but soon after went into hiding after authorities accused her of obtaining a fake Pakistani identity card to live in the country. Two years later, she was arrested and deported back to Afghanistan. She was also sentenced to 15 days in jail and fined 110,000 Pakistani rupees.

The iconic Afghan 'girl with the green eyes' from the cover of the 1985 National Geographic has fled the Taliban.

She has been given a safe haven in Italy. pic.twitter.com/JdNuxQPrSu

After crossing the border into Afghanistan, she was flown to Kabul, where President Ashraf Ghani and his wife, Rula, held at reception for her at the Presidential Palace and handed her keys to a new apartment.

“As a child, she captured the hearts of millions because she was the symbol of displacement,” said Ghani at the time. “The enormous beauty, the enormous energy that she projected from her face captured hearts and became one of the most famous photographs of the 1980s and up until the 1990s.

“It is a privilege for me to welcome her,” he added. “We are proud to see that she lives with dignity and with security in her homeland.” 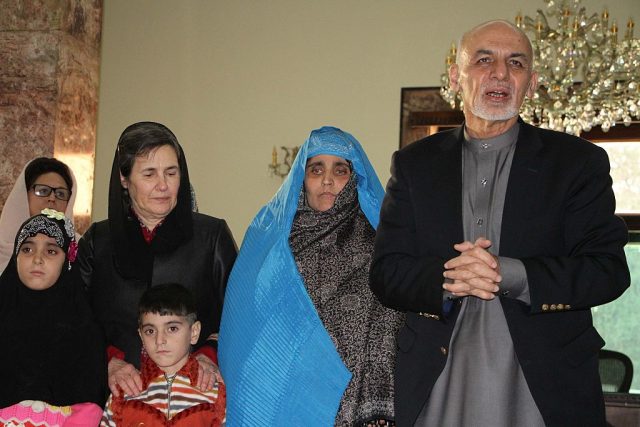 Sharbat Gula and her children stand with Afghan President Ashraf Ghani and his wife, Rula, during a reception at the Presidential Palace, 2016. (Photo Credit: Anadolu Agency / Getty Images)

Now that she has arrived in Italy, the office of Premier Mario Draghi will help Gula get integrated into life in the country.