Even 24 years after the first Harry Potter books were published and 20 years since a bespectacled Daniel Radcliffe stepped onto our screens, the popularity of the Wizarding World continues unabated.

For those wanting a little extra connection with the fandom, it’s possible to visit some of the locations where the Harry Potter movies were filmed. 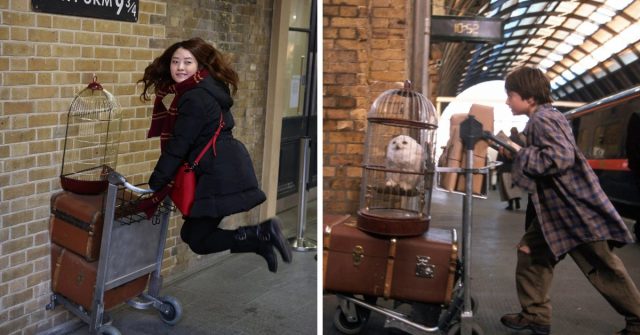 This location appears as itself in virtually all of the films. As a working railway station in England’s capital, it’s open to all, and you can go in search of Platform 9 ¾, which was added once the books became such a hit.

There is also a shop filled with Harry Potter merchandise. Outside, a luggage trolley has been artistically embedded into one of the walls, making it possible to have a photo taken to look like you’re on the way to Platform 9 ¾ itself. 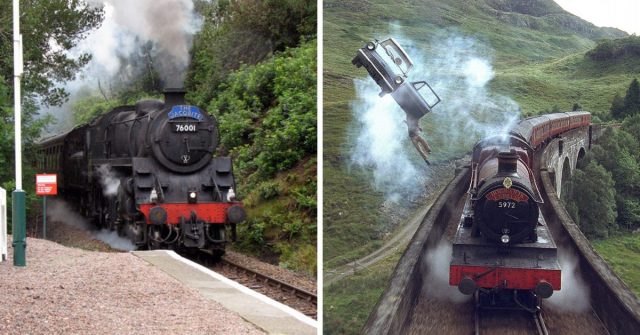 Want to feel the excitement that Harry, Ron, and Hermione felt as they set off for their first term at Hogwarts? Then you should book a journey on the Jacobite railway line in Scotland. Running from Fort William to Mallaig, passengers get to pass over the iconic curved bridge (Glenfinnan Viaduct) that was seen in so many of the movies. 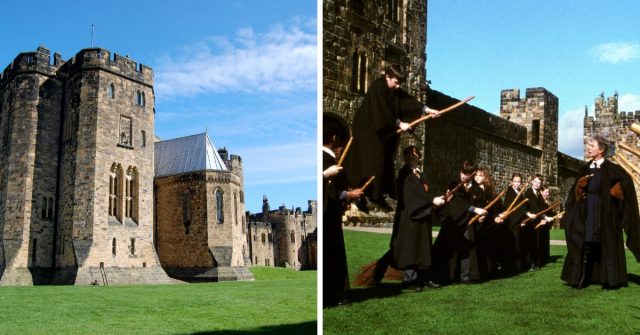 One of the first places to pose as Hogwarts School of Witchcraft and Wizardry was Alnwick Castle in Northumberland, England. The Outer Bailey of this 11th-century castle was where Harry’s first broomstick lesson took place and where he learned the rules of Quidditch in The Sorcerer’s Stone. Ron Weasley crashed the family’s flying car in the Outer Bailey in the second movie.

If you want to practice flying right where Harry did, then Alnwick Castle offers regular “broomstick lessons” to visitors. 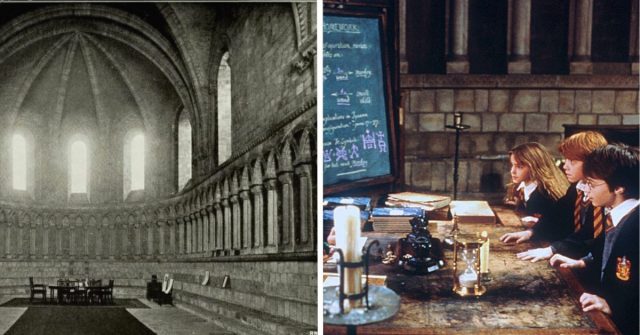 If you want to know what it was like in one of the classrooms, then you might want to visit Durham Cathedral. The Chapter House was where Professor McGonagall’s transfiguration classes took place.

The cloisters are also used as corridors at Hogwarts in various scenes. 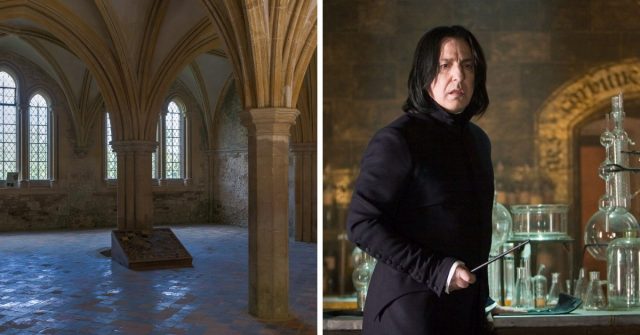 If you’d like to imagine yourself in Professor Snape’s potions class, then the Warming Room at Lacock Abbey in Wiltshire is where you want to go. Some of the exterior shots of Hogwarts were filmed here too.

In fact, the village of Lacock has become known as “Harry Potter village” because it was used for various locations, including Horace Slughorn’s house. 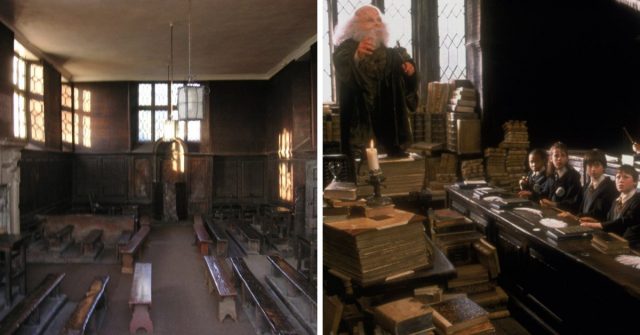 Another location to be used as a classroom was the Fourth Form Room at Harrow School. This was used as the setting for Professor Flitwick’s Charms class, where the first years try to levitate a feather. 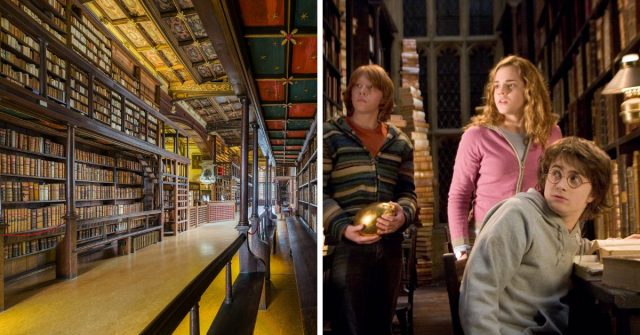 The Bodleian Library in Oxford has done duty as two separate rooms inside Hogwarts. Part of it was used as the infirmary, while the section known as Duke Humfrey’s Library (the oldest reading room of the Bodleian Library) was the location for Hogwarts’s own library. 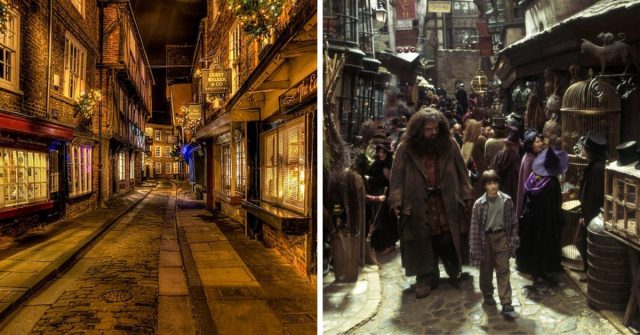 Perhaps one of the most memorable streets in England, The Shambles in York has a distinctive style thanks to its overhanging timber-framed buildings.

Virtually all the buildings in this narrow street are listed buildings, and its unusual appearance made it the perfect choice for Diagon Alley. 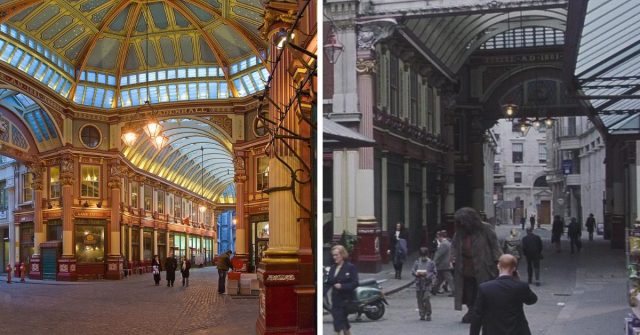 This beautiful Victorian market in London was also used for some Diagon Alley scenes. In particular, it’s in this street you can find the shop used as the entrance to The Leaky Cauldron pub in the first film. 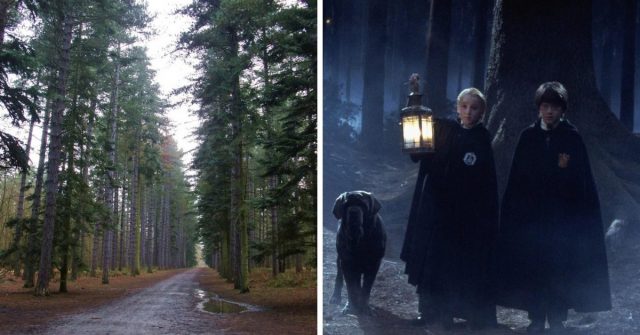 One location to appear at least once in every film is Black Park in England. Its tall trees give it a very spooky atmosphere, making it perfect for the Forbidden Forest. In the first two movies, it’s used as the location for Hagrid’s Hut as well. 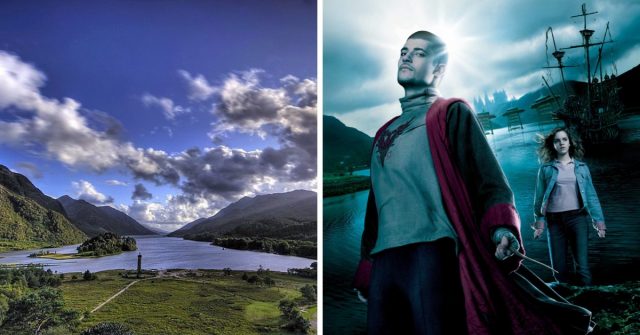 When a large and impressive body of water was called for, Loch Shiel in Scotland was held to be the perfect place. This is the location of the Black Lake in The Prisoner of Azkaban and The Half-Blood Prince, and it’s also the site of one of the challenges in the Triwizard Tournament from The Goblet of Fire. 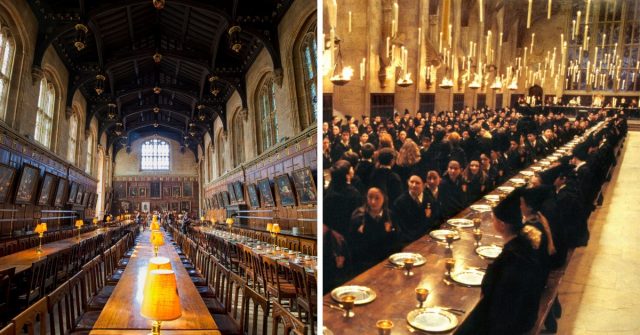 Remember when Harry and his friends sat down to those fantastic feasts and plentiful breakfasts? They were sitting in the Great Hall at Christ Church College, Oxford.

Don’t worry ”“ you don’t need to get accepted for a degree at Oxford University to see this location. The college runs tours via its website. 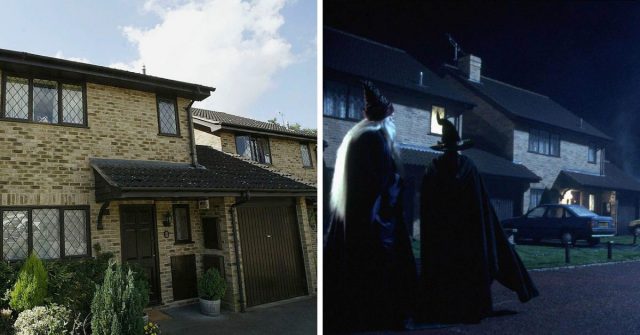 The home of Harry’s unpleasant relatives in the book is 4 Privet Drive, Little Whinging, Surrey. Since this house is as fictional as Hogwarts, the location scouts chose 12 Picket Post Close in Martins Heron, Berkshire, as the residence of the Dursleys. 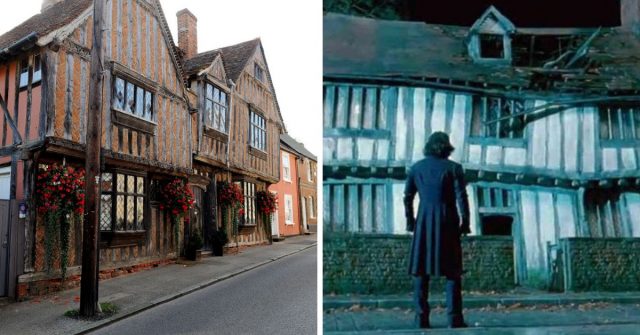 Of course, before he moved to Privet Drive, Harry lived with his parents in Godric’s Hollow. While the choice for Privet Drive was a modern-looking house, Harry’s first home has a more vintage feel to it.

De Vere House is in Lavenham, Suffolk, which is considered the best-preserved medieval village in England. The house is currently being used as an Airbnb.

More from us: Incredible Real-Life Inspirations Behind the World of Harry Potter 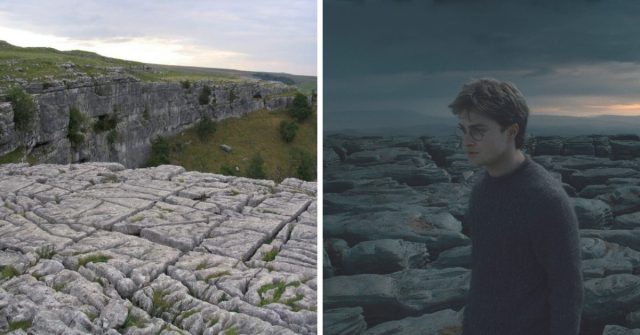 In The Deathly Hallows Part 1, Harry and Hermione end up splitting up from Ron and continuing their journey alone. One place the two of them visit soon after is the very distinctive limestone pavement that sits above Malham Cove.

« How Mike Myers and Dana Carvey Shwung From Friends to Foes and Back Again
Girl from Iconic National Geographic Cover Flees Taliban, Given Safe Haven In Italy »