Rediscovered Early Medieval Potion could be the Future of Antibiotics

A thousand year old Medieval potion called “Bald’s eyesalve” is helping scientists treat infection in 2020! The ingredients are written down in the worryingly-titled Bald’s Leechbook, a manuscript from the 10th century found in the British Library. There are no creepy crawlies in this older than old school prescription, though results have been eye opening for a UK-based team.

The Medieval potion contains wine, so maybe it isn’t that unusual. In fact the concoction might be mistaken for something from a cookery book. As CNN writes, researchers made batches of the stuff “using garlic and onions purchased from ordinary supermarkets or greengrocers, while the wine was an English white.” The last thing on the list is less palatable: bile salts, which were obtained “from a cow’s stomach.” 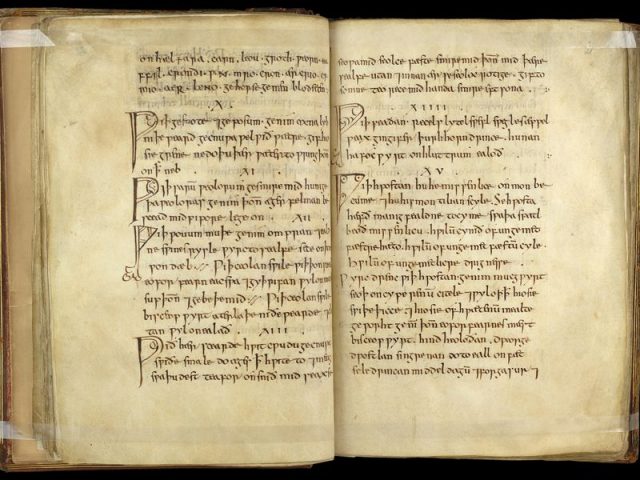 Bald’s Leechbook, a 10th-century medical text that contains Anglo-Saxon medical advice and recipes for medicines, salves and treatments (© The British Library Board)

Unfortunately in such fraught times infections are growing increasingly resistant to modern medicine. With persistent bugs putting up a fight, experts are looking to the dim and distant past. Not thinking outside the box carries a huge financial, and of course human, cost. 10 million people could fall victim to the issue by 2050 say CNN, with infections “estimated to cost the United Kingdom alone more than 1 billion pounds ($1.3 billion) every year”.

The medieval period and its offbeat cures was studied previously by the University of Nottingham, in relation to MRSA. Microbiologist Freya Harrison and co picked up the baton over the past few years, publishing her and her team’s findings in the Scientific Reports journal. Known collectively as the “Ancientbiotics”, they are “an interdisciplinary group of researchers including microbiologists, chemists, pharmacists, data analysts and medievalists at Warwick, Nottingham and in the United States” according to a statement. 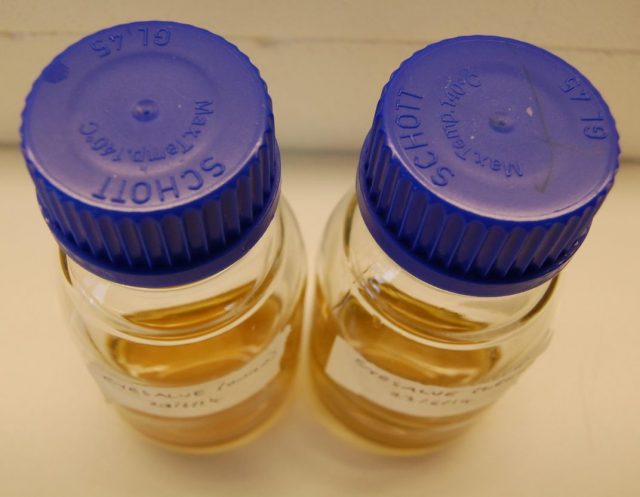 Vials of the recreated salve (University of Warwick)

Five biofilm-causing bacteria have been successfully defeated by Bald’s eyesalve, including those behind diabetic foot infections and ulcers. These can lead to sepsis and amputation if not treated. What’s especially intriguing is the way the eyesalve works as a recipe, employing a combination of natural elements to work its magic.

As the team write in Scientific Reports, “the presence of garlic in the mixture… has no activity against biofilms. We have found the potent anti-biofilm activity of Bald’s eyesalve cannot be attributed to a single ingredient and requires the combination of all ingredients to achieve full activity.”

Having a bacteria-busting jumble of ingredients means further head scratching will be done before the salve can be properly analyzed and signed off. So far it’s been established that minimal damage is caused to both mice or human cells during lab tests. Quoted in the official statement, Harrison says “we could potentially develop a safe and effective antibacterial treatment from the remedy.”

There is a precedent for this kind of historical medicine hunt. Artemisinin is a drug taken for Malaria, and comes from wormwood. Without the ancient Chinese text that supplied details for researcher Tu Youyou, modern society wouldn’t have this mosquito-defying essential. Bald’s Leechbook also contains a reference to wormwood and its effectiveness against small buzzing things.

Related Article: Eerie “Witch Bottle” Found in Chimney as a Defense Against the Dark Arts

Mother Nature is often forgotten about in the sterile environment of a modern day hospital. The power of this medieval remedy and its checklist of foodstuffs shows the two sides are inextricably linked. Background is provided by CNN, who mention “everyday substances like honey and vinegar” in the pursuit of both new antibiotics and “alternative treatments”. In a grislier vein they highlight “obscure sources like the blood of komodo dragons.”

Is Bald’s eyesalve going to be the Medieval potion on the pharmacist’s shelf alongside paracetamol and cough syrup? Somewhere out there a marketing department is about to face one heck of a challenge…