A pair of Mahatma Gandhi’s glasses are going to auction after spending the weekend sticking out of a letterbox (mailbox). East Bristol Auctions are used to selling some iconic items, but this one takes the historical biscuit.

Thought to be worth at least £15,000 (almost $20k), the humanitarian’s eyewear was delivered on a Friday night earlier this month. Unfortunately for the prospective customer, the auction house is closed at weekends. So he took the unusual step of leaving it in their slot with only a plain white envelope for protection.

“They are as iconic as Jimi Hendrix’s guitar is to Jimi Hendrix” auctioneer Andrew Stowe told Sky News. Though when he first saw the spectacles, he took them with a pinch of salt. “One of my staff handed them to me and said there was a note saying they were Gandhi’s glasses” he said, quoted by BBC News. “I thought ‘That’s an interesting one’ and carried on with my day.”

A remarkably short accompanying note read: “These glasses belonged to Gandhi, give me a call”. Little did Stowe suspect he was about to witness something truly special. The glasses, gold-plated with a circle rim, had their identity confirmed once the team established dates. “They are probably one of the first pairs of glasses he wore” he added, “as they are quite a weak prescription.” Stowe believe them to be “probably the most important find we have ever had as a company”. 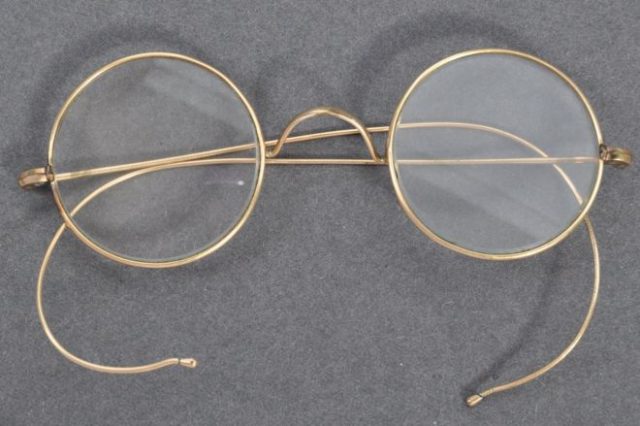 Born Mohandas Karamchand Gandhi in the Indian city of Porbandar 1869, Gandhi went on to capture the hearts and minds of the world in pursuit of peace. He was known for his method of non violent resistance, which he employed to oppose British rule in India. Gandhi died at the hands of Nathuram Godse in January 1948, aged 78. It happened in the garden of Birla House in New Delhi, where he spent the last few months of his life. It is now called Gandhi Smriti and is a museum dedicated to him.

In 1982 the film ‘Gandhi’ was released. Directed by the late Sir Richard Attenborough and starring Sir Ben Kingsley in the title role, it was many people’s introduction to this inspirational figure. The movie won 8 Academy Awards, including one for Kingsley’s portrayal. 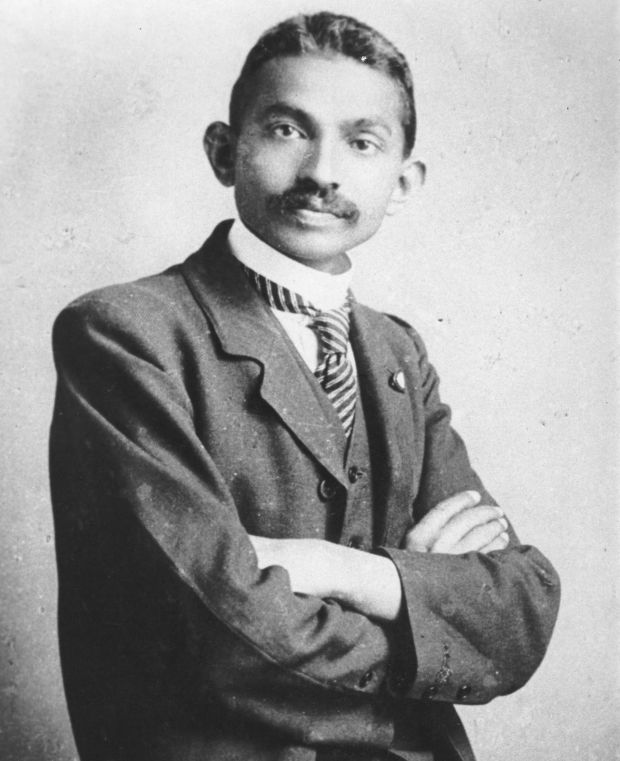 Gandhi as a young attorney

According to the East Bristol Auctions website, the spectacles are “of usual form, with sprung gold plated arms and prescription lenses. Jointed by a gold plated nose bar.” The listing goes on to say, “The spectacles formed an important and somewhat iconic part of Gandhi’s overall appearance. It was known that he would often give away his old or unwanted pairs to those in need or those who had helped him.” 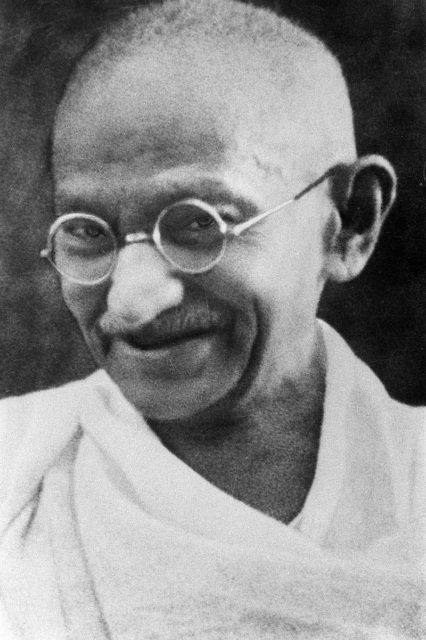 Where did the extraordinary lot come from? The seller’s uncle, who worked for British Petroleum, apparently met Gandhi when he visited South Africa in the 1920s and ‘30s. After assisting him with an unknown matter, Gandhi gave him the glasses and they became a family heirloom. Coincidentally it was in South Africa 1914 that he received the name Mahātmā, which means “great-souled” in Sanskrit.

Reports claim Stowe nearly suffered a heart attack on realizing what he had. “I phoned the gentleman back” he said to Sky News, revealing “his exact words were ‘if they’re no good, just throw them away’.” On receiving the news, the seller almost fell from his chair!

The auction will take place online on Friday this week, where at time of writing the glasses have accumulated a price of £65,000. Stowe is reportedly hoping the precious family heirloom turned antique headline grabber will go to a museum where everyone can look at Gandhi’s glasses through fresh eyes…