A team of archaeologists working along Peru’s central coast has discovered a mummy estimated to be at least 800 years old. What makes the find particularly interesting is the remains were tied with rope, with the mummy’s hands covering their face. 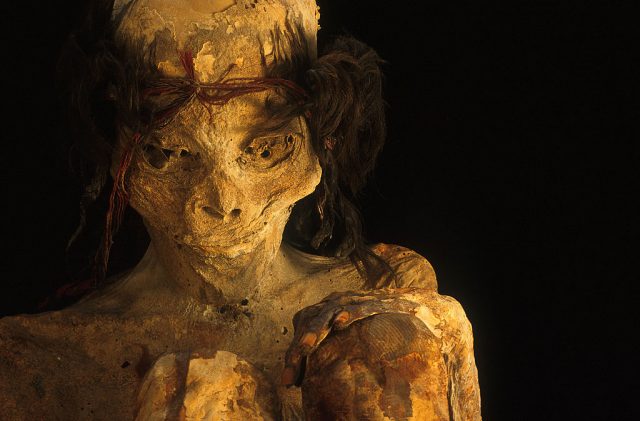 The mummy was found inside an underground structure at the archaeological site of Cajamarquilla, on the outskirts of Lima. According to experts, they were likely someone from a culture that developed between the mountains and the coast of Peru.

“The main characteristic of the mummy is that the whole body was tied up by ropes and with the hands covering the face, which would be part of the local funeral pattern,” said Pieter Van Dalen Luna of the National University of San Marcos. 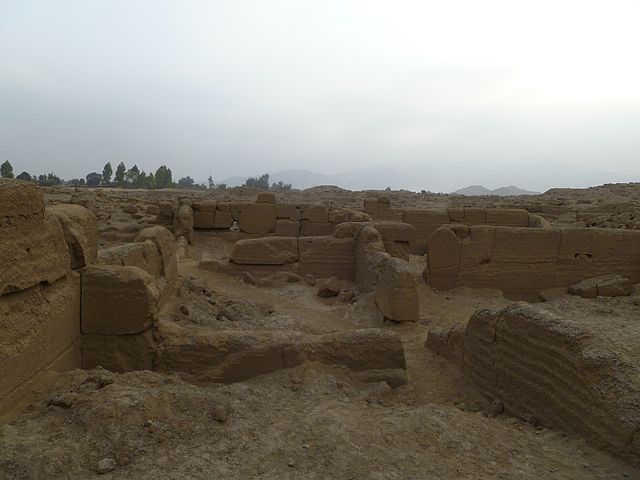 While it’s estimated the remains are around 800 years old, they could be as old as 1,200 years. This means they date back to pre-Hispanic times and precede the Incan civilization. While their gender has yet to be identified, the mummy is believed to be a male between 25 and 30 years of age.

Given the circumstances of the discovery – the tomb is located beneath a former-bustling commercial center – it’s believed they were someone of importance. “The fact of finding a mummy with these characteristics in the middle of the plaza makes it clear that this is someone high status,” Van Dalen Luna told CNN, adding the individual could have been a leading trader.

Excavation at the site began in mid-October 2021, with Van Dalen Luna and Yomira HuamÃ¡n SantillÃ¡n leading a team of 40 archaeologists. The group’s find came as a surprise, as they were not looking for a mummy.

The tomb in which the remains were found also held vegetable remains, stone tools and ceramics, as well as several marine molluscs and llama bones. According to Van Dalen Luna, this is unusual, given Cajamarquilla is 25 KM from the coast.

“After the body is placed in the tomb, there are constant events and activities,” he said. “That is to say, their descendants keep coming back over many years and placing food and offerings there, including molluscs.” 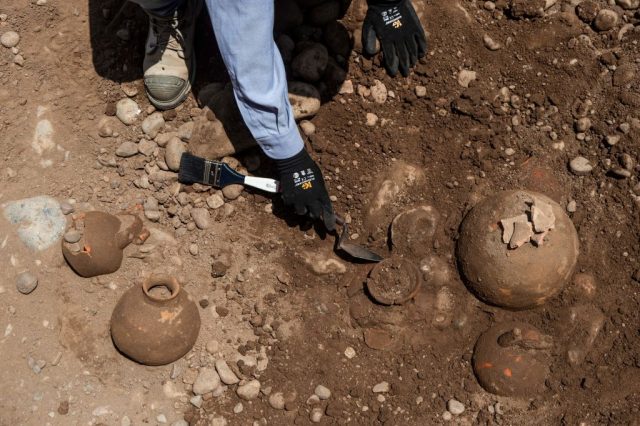 More from us: Mummy Burial of Egyptian Priests Found Together with Afterlife ”˜Servants’

The team will carry out further analysis, including radiocarbon dating, to allow them to pinpoint the time period in which the mummy lived, as well as narrow down details regarding their identity.

« Alice Cooper’s Licence to Thrill Was Revoked: The Bond Themes That Weren’t
17 Historical Facts That Prove We’re In A Time Warp »