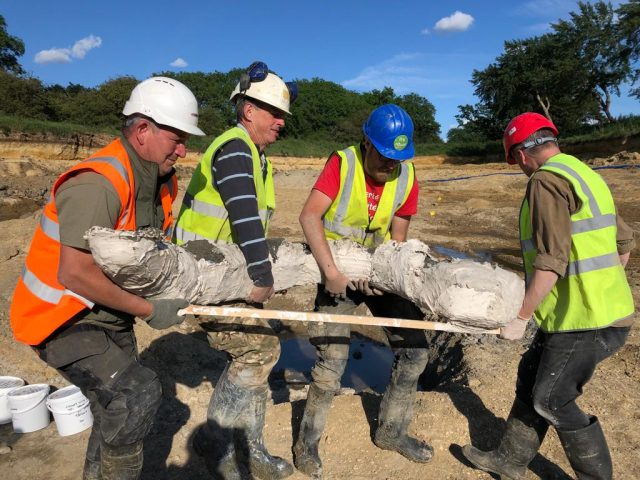 This past week, archeologists unearthed the remains of five mammoths, consisting of a baby mammoth, two juveniles, and two adult mammoths. These mammoths died during the last ice age and were discovered in the town of Swindon, located in southwest England.

Researchers also discovered stone tools made by Neanderthals alongside the mammoth remains. These tools include a hand ax and small flint tools called ‘scrapers,’ which would have been used for cleaning fresh animal hides. 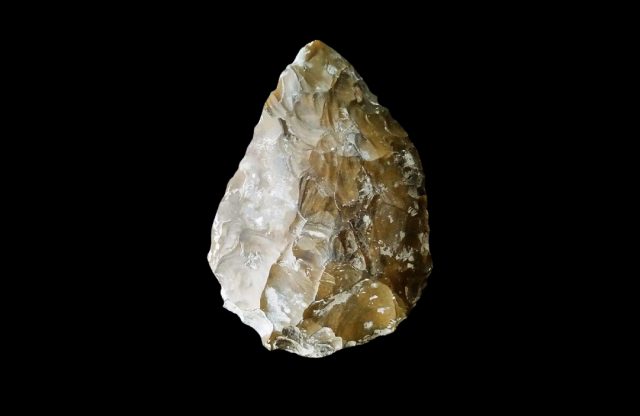 Ongoing research is being conducted to understand why so many mammoths and Neanderthal tools were found in one place. One theory is that these mammoths were hunted or scavenged by Neanderthals, but the team has yet to analyze the mammoth bones to determine whether there are Neanderthal tool marks on them. 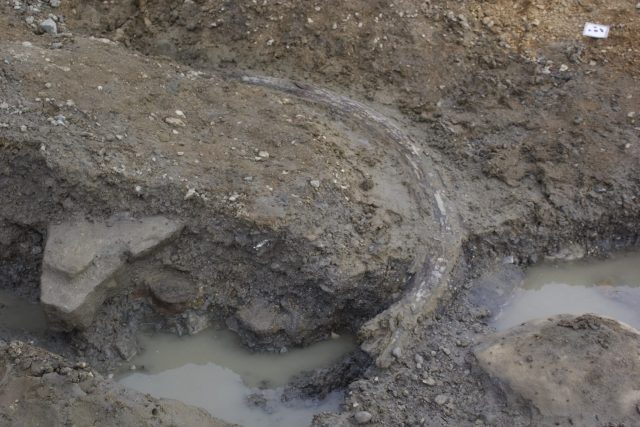 Researchers believe the site to be from 220,000 and 210,000 years ago, towards the end of a warm period known as MIS7.  It was still warm enough for modern-day Britain to be occupied by Neanderthals during this period. Eventually, they were forced out by the cold temperatures of the Ice Age.

The remains of these mammoths are extremely well preserved. Researchers hope that these discoveries will help address big questions surrounding Neanderthals, mammoths, and the impact of the Ice Age in Britain.

More from us: Huge 25,000-yr-old Hut Discovered Made Entirely from Mammoth Bones

Lisa Westcott Wilkins, co-founder of DigVentures, summed up the importance of this discovery. “Finding mammoth bones is always extraordinary, but finding ones that are so old and well preserved, and in such close profanity to Neanderthal stone tools is exceptional,” she said.

“Words can’t quite capture the thrill of seeing a mammoth tusk still in the ground, or the feeling of standing in the middle of a site that has the potential to change how we see our human relatives and the Ice Age megafauna they shared their world with.”

« 8 Actors Who Turned Down the Chance to Play James Bond
They Were All Over the Tabloids in the 1980s, But Where Are These Famous Faces Now…? »