Baba Vanga: The Blind Mystic Who Has An 85% Success Rate Has Some Troubling Predictions For 2022

We aren’t very far into 2022 and already, some Baba Vanga’s predictions for the year have come true. Baba Vanga was a blind mystic, dubbed the “Nostradamus from the Balkans,” who has predicted different historical events that have come to pass with an 85% success rate. Although Baba Vanga passed away in 1996 at the age of 85, she left behind predictions for years to come, including 2022. Here we take a look at the mystic’s prediction for this year.

Baba Vanga and her visions: 9/11, Brexit, the rise of Islamic State 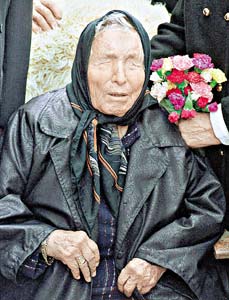 Baba Vanga lost her eyesight when she was only 12 years old, during a massive storm dubbed a “freak tornado.” It is thought that Vanga was flung in the air by a powerful gust of wind. When her family found her days later, Vanga’s eyes were sealed shut. It was during the time she was missing after this storm that Vanga believes she had her first visions.

The events Baba Vanga are best known for are her predictions about 9/11, Brexit, and the rise of Islamic State. In 1989, Baba Vanga said, “American brethren will fall after being attacked by the steel birds… and innocent blood will be gushing.” 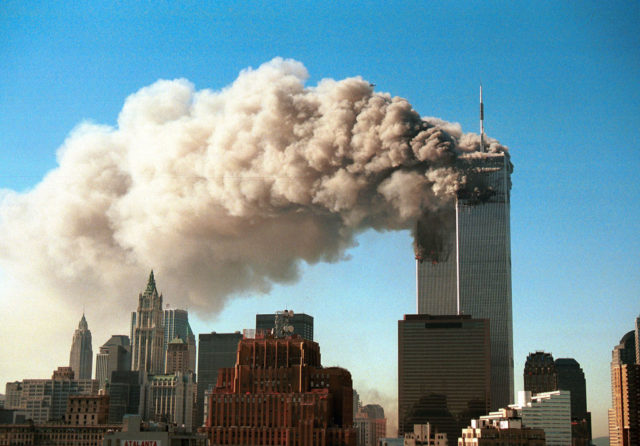 Many people interpret this as being about the plane attacks that hit the twin towers on September 11, 2001, which resulted in the death of 2,977 innocent people.

Baba Vanga also correctly predicted the Kursk nuclear submarine disaster. In 1980, Vanga said that Kursk will be “covered with water and the whole world will weep over it.” She believed this disaster would occur in August of 1999. One year later, in August of 2000, the Kursk, a Russian submarine, sunk to the bottom of the Barents Sea, killing all 118 crew members on board. 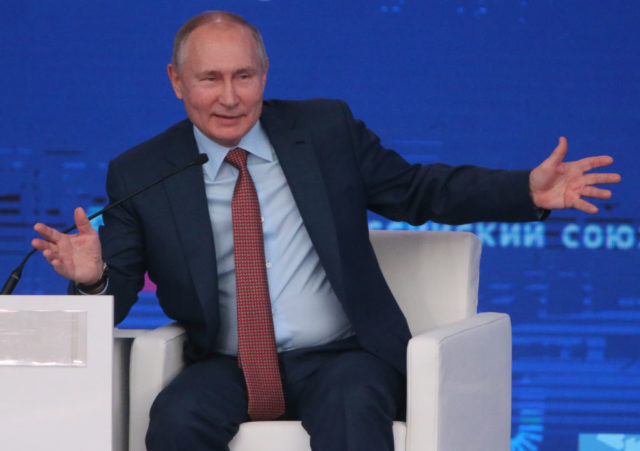 Although Baba Vanga seems to have predicted many historical events with accuracy, she is not always correct.

Her 2021 predictions included a cure for cancer being found, a massive tsunami hitting Asia – similar to the deadly 2004 tsunami in Southeast Asia, and an assassination attempt on Russian President, Vladimir Putin. We have the luxury of hindsight, and know that Vanga’s predictions for 2021 didn’t come to pass.

Baba Vanga also incorrectly said that “Europe will cease to exist” by 2017. Obviously, as we know, Europe is still a thriving continent.

Her 2022 predictions are… troubling 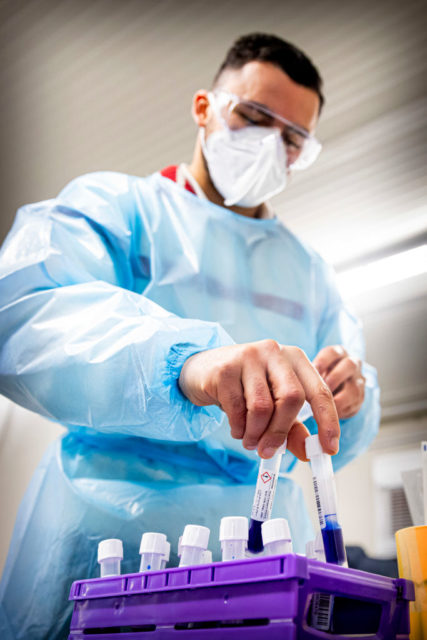 Like previous years, Baba Vanga left us with several predictions for 2022, and let’s just say these predictions are concerning. In 2022, the mystic predicted that another pandemic will hit humanity. According to Vanga, this time the virus will be discovered in Siberia, which will be released by climate change.

Although we won’t know the devastating effects of another potentially deadly virus until it’s too late, scientists around the world have already expressed their concern about melting permafrost in Russia’s arctic regions that could release potentially deadly viruses and bacteria. According to the Intergovernmental Panel on Climate Change (IPCC) scientists, Russia is warming three times faster than the rest of the world, with its Arctic and Siberian regions warming four times faster than the global average.

Baba also predicted that 2022 will see a “virtual reality takeover.” Although right now it is unclear what that might mean, we can’t ignore the fact that people spend more time in front of screens now than ever before. Knowing Baba’s prediction, perhaps the Metaverse is not such a great idea. 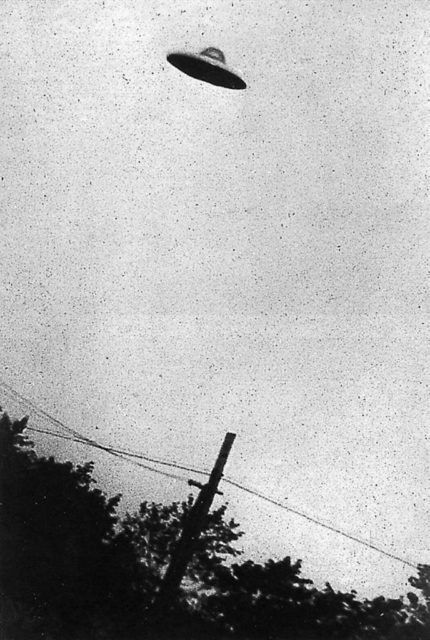 2022 might also see an alien encounter here on earth. Vanga predicted that a mysterious asteroid called “Oumuamua” will be sent by aliens to discover if there really is life on earth. The only issue is that these aliens might not be the nice kind, as Vanga warns they might take prisoners upon landing.

Another 2022 prediction involves serious implications regarding climate change. According to Baba Vanga’s 2022 visions, many cities will face water shortages which will result in political consequences. Of course, a shortage in drinking water is not a new phenomenon. 1.1 billion people worldwide lack access to fresh water. The United Nations estimates that by 2025, two-thirds of the world’s population will deal with water shortages resulting from climate change.

On the topic of climate change, Vanga also has predicted that a massive famine will hit India in 2022 as temperatures reach 50 Celsius (122 Fahrenheit). These temperatures will lead allow for locusts to attack farms and crops, which will lead to famine. If this prediction becomes reality, it could be extremely problematic for India, as their agriculture is heavily dependent on the country’s climate. 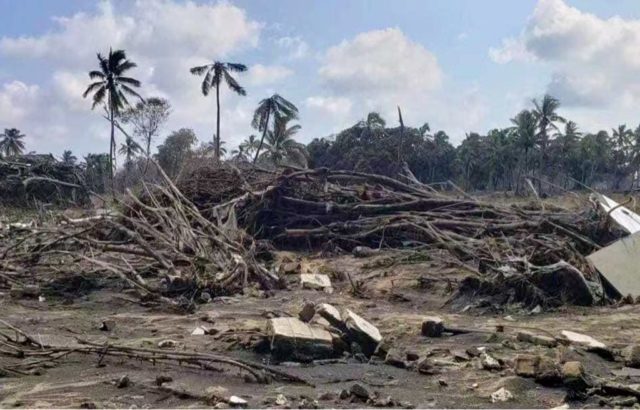 Perhaps the most troubling prediction of 2022 is the one that seemingly has already come to pass. Vanga predicted a huge increase in natural disasters in 2022, including more earthquakes and tsunamis with “intense bouts of floods” in Australia and different parts of Asia. On January 15, 2022, an underwater volcano erupted in the South Pacific Ocean resulting in tsunamis hitting Hawaii, Japan, and Tonga’s largest island, Tongatapu. Tonga has said that more than four-fifths of its population has been greatly impacted by the tsunami and falling ash of the volcano.

According to Nasa, the volcanic eruption that caused these tsunamis in the South Pacific was hundreds of times more powerful than the atomic bomb dropped on Hiroshima during the Second World War. Not even a month into 2022 and it seems that Baba Vanga has made a correct prediction.

Predictions way into the future 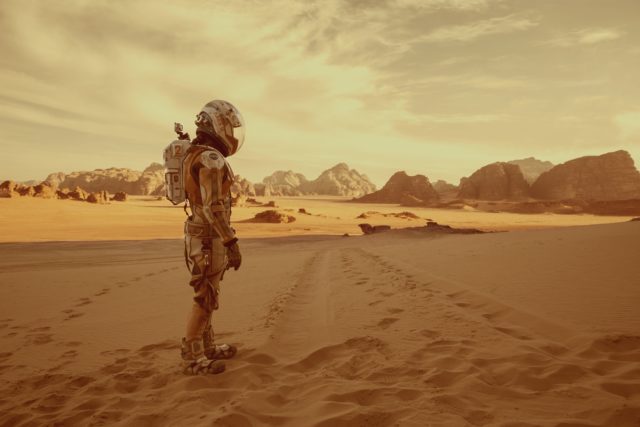 Matt Damon in The Martian (2015)- a movie about a mission to Mars. (Photo Credit: Twentieth Century Fox/ MovieStills DB)

Although she died in 1996, Baba Vanga made predictions up until the year 5079, when she believed the world would end. Some of these predictions include global hunger being eradicated between 2025 and 2028, China overtaking the United States as a global superpower, and the polar ice caps melting around 2033 to 2045, causing the ocean levels to rise.

It’s easy to look back on history with the knowledge we have today, but you could get more insight into your own future. We have a personal astrological reading you can take HERE.

More from us: His first book was a cooking book: Interesting facts about Nostradamus

Baba Vanga also predicted that doctors will be able to cure any disease with cloning technology, and a colony will be established on Mars that will become a nuclear power. Although some of these predictions might seem far out, only time will tell if there is any truth to them.

This article may contain affiliate links and/or offers from our affiliate partners. Clicking on a link and/or completing an offer may result in a portion of proceeds from each transaction being paid to TheVintageNews

« TV Shows That Turned the Big Five 0 in 2022… Feeling Old Yet?
Calamity Jane: The Woman Behind the Name and Rip-Roaring Musical »