By far, one of the most heartbreaking scenes in James Cameron’s Titanic is when we see an elderly couple holding each other in bed as water rushes underneath them. James Cameron based many characters in Titanic on real people. This elderly couple was modeled after the real-life couple Ida and Isador Straus, who decided to go down with the ship together rather than being separated. 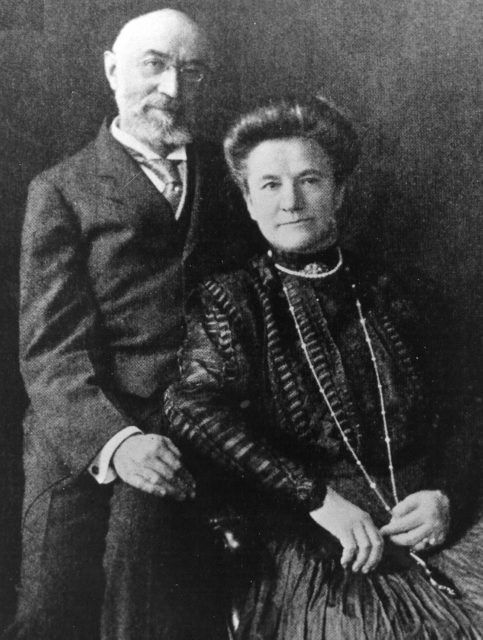 Isidor and Ida Straus were on their way back to the United States after visiting their home country of Germany. The couple was traveling with Ida’s maid, Ellen Bird, and Isidor’s manservant, John Farthing. The pair were known to travel primarily on German vessels, but they decided to return home via the Titanic for this particular trip.

Ida and Isidor Straus were first-class passengers on the Titanic. In fact, they were some of the wealthiest passengers traveling on the luxury ship. The couple rarely traveled apart during their marriage. Sixty-seven-year-old Isidor Straus was a former U.S. member of Congress and co-owner of Macy’s department store.

Women and children were the top priority on the night of April 14, 1912, as the Titanic began sinking into the icy waters of the Atlantic. Both Ida and Isidor Straus had a chance to survive the sinking. According to their great-grandson, Paul A. Kurzman, “my great-grandmother Ida settled into the lifeboat expecting that her husband would follow. When he didn’t follow, she was very concerned, and the ship’s officer in charge of lowering that particular lifeboat said, ‘Well Mr. Straus, you’re an elderly man… and we all know who you are… Of course you can enter the lifeboat with your wife.'”

Isidor Straus gave up his spot, refusing to get into a lifeboat “until I see that every woman and child on board this ship is in a lifeboat.” After hearing that her husband would not join her, Ida Straus also gave up her spot in a lifeboat, telling Isidor, “where you go, I go.” In fact, this real-life event inspired the line “you jump, I jump” in James Cameron’s Titanic. 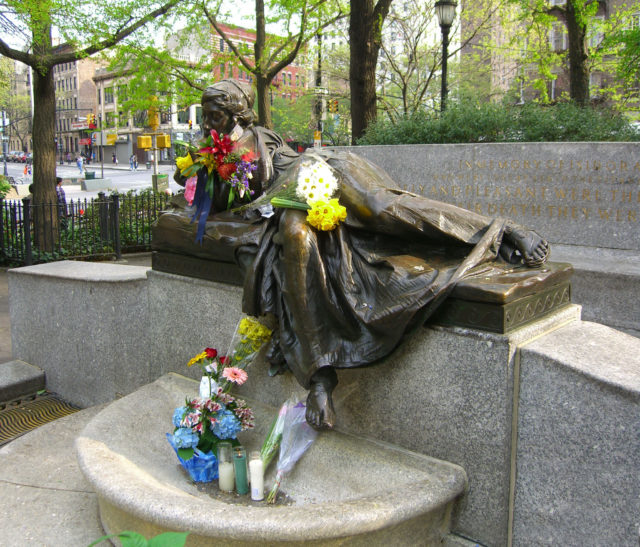 Flowers and candles at the Isidor and Ida Straus memorial in New York on April 15, 2012- the 100th anniversary of the sinking of the Titanic. (Photo Credit: Luigi Novi/ Wikimedia Commons/ CC BY 3.0)

Ida’s maid Ellen was put into a lifeboat. Ida gave Ellen her fur coat, telling her “I won’t have any further need. Please take this as you get into the lifeboat to keep you warm until you are rescued.” Ida and Isidor were last seen together on Titanic’s deck, holding hands, before a wave swept them to sea. Unlike the Titanic movie, they did not die in bed together.

More from us: The First ‘Titanic’ Film Was Released Just 31 Days After the Ship Sank

Unlike many final stories from the Titanic, Ida and Isidor’s love story was well-documented in the news media after the sinking. This documentation allowed for James Cameron to include their story in his movie. In a deleted scene, Isidor tries to convince Ida to get in the lifeboat without him. Ida responds to Isidor, telling him, “Where you go, I go. Don’t argue with me Isidor, you know it does no good.”