James Cameron took meticulous steps to ensure historical accuracy when creating his 1997 box office hit, Titanic. Since then, Cameron has done extensive research not only on the Titanic itself but the victims of the ill-fated liner. Now, almost thirty years later, the director has one major regret regarding his depiction of a significant character in the movie. 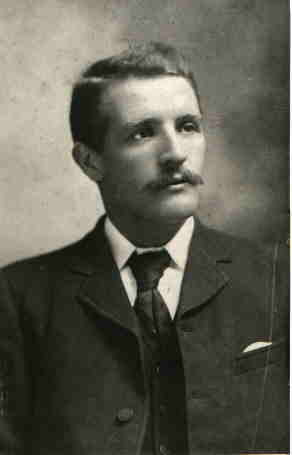 In James Cameron’s Titanic, First Officer William McMaster Murdoch was the individual who shot and killed Jack Dawson’s friend, Tommy. After Murdoch realizes what he has done, he shoots himself in the head. The last time we see William Murdoch is when his body is shown floating face down in the water.

Cameron based this scene on eyewitness evidence of a shooting/suicide by an officer during the launching of the lifeboats from the actual Titanic. Multiple survivors claim that there was a shooting while Collapsible C was being loaded.

In a private letter written onboard the Carpathia, first-class survivor Hugh Woolner wrote: “We saw the first officer [Murdoch] twice fire a pistol in the air ordering a crowd of the crew out of the boat.” Woolner’s testimony at the United States Senate Inquiry on the sinking of the Titanic largely matched what he described in his private letter. Woolner testified that “there was a sort of scramble on the starboard side, and I looked around and I saw two flashed of a pistol in the air… I head Mr. Murdoch shouting, ‘Get out of this, clear out of this.'” Although this eyewitness account directly names William Murdoch, it does not state that he shot any passengers or himself.

Another first-class passenger who survived the sinking testified that he saw an officer shoot a passenger and then end his own life as the ship went down. After the sinking, George Rheims wrote a letter to his wife and claimed that he “saw an officer commit suicide after announcing, ‘Gentlemen, each man for himself. Good-bye.'” Rheims did not directly name William Murdoch as the officer who killed himself.

Another story of an officer shooting a passenger and then killing himself surfaced in The Chicago Tribune on April 20, 1912. Dr. Frank H. Blackmarr related a story, stating, “The only panic at the beginning, as I understand it, was in the steerage where there were many persons who lacked self-control. There was no shooting, as I learn, except that a steerage passenger told me he saw an officer trying to control the maddened rush by shooting two persons. The same officer shot himself a minute later.”

Blackmarr got this story from third-class passenger Eugene Daly. Daly would later tell a newspaper that “the officer in charge pointed a revolver and waved his hands and said that if any man tried to get in [the lifeboat], he would shoot them on the spot. Two men tried to break through, and he shot them both. I saw him shoot them. I saw them lying thereafter they were shot.”

Daly continued, “One seemed to be dead. The other was trying to pull himself up at the side of the deck, but he could not. I tried to get to the boat also but was afraid I would be shot and stayed back. Afterward, there was another shot and I saw the officer himself lying on the deck. They told me he shot himself, but I did not see him.” 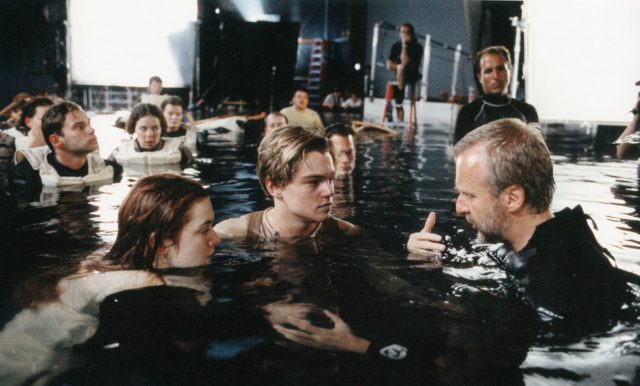 The only eyewitness who claimed that William Murdoch had a pistol was Hugh Woolner, but Woolner never claims that Murdoch shot a passenger or killed himself.

When they started going down, officers were handed out revolvers. Captain Smith, Chief Officer Wilde, and First Officer Murdoch were all given pistols and were all present at the loading of Collapsible Lifeboat C, where eyewitness accounts claim the shooting happened. However, none of these men survived the sinking, and there is really no evidence to directly link Murdoch to any sort of murder/ suicide on the night of the sinking. 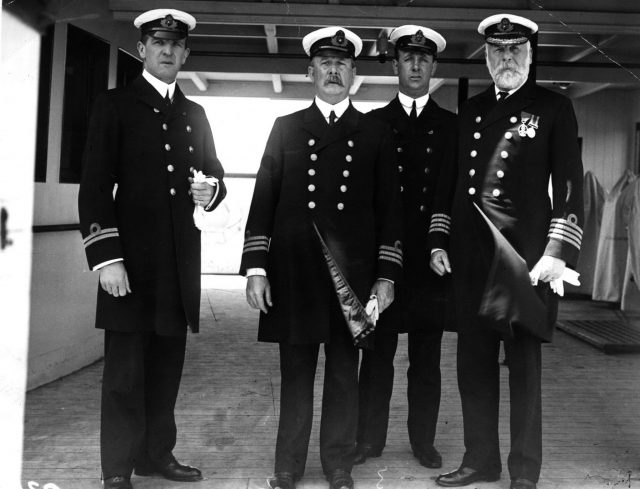 Many people see First Officer Murdoch as a hero rather than a villain. In fact, after Murdoch’s death aboard the Titanic, his hometown of Dalbeattie erected a memorial to the sailor.

Many eyewitness reports from the disaster state that Murdoch was a hero during the evacuation of women and children. As the Titanic was evacuated, William Murdoch was put in charge of boats on the ship’s starboard side. He followed the rule of women and children first, but also allowed men to fill up any extra space leftover in lifeboats. The British Titanic Inquiry later concluded that Murdoch was not to blame for the sinking. His body was never recovered. 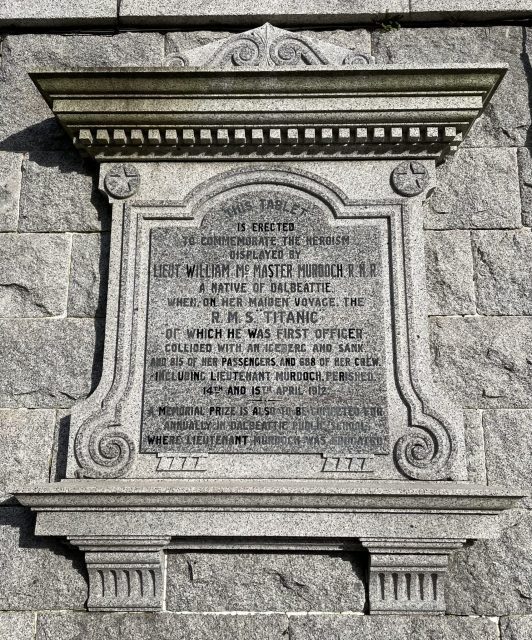 Many people from the town of Dalbeattie, particularly Murdoch’s family, were upset with James Cameron’s depiction of the first officer in the 1997 movie. 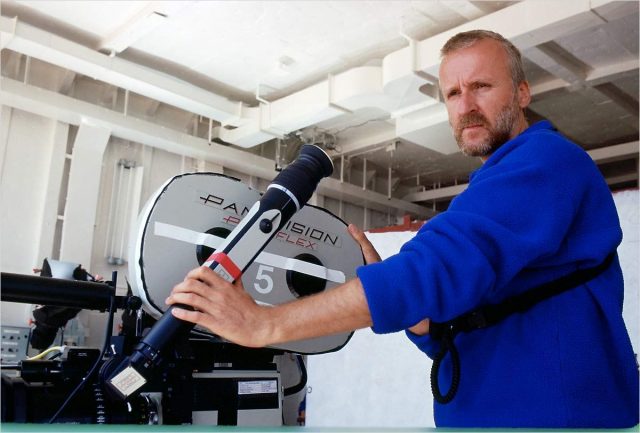 In 2004, Cameron issued a public apology to Murdoch’s family, who had contacted the director multiple times over Murdoch’s portrayal in his film. Cameron said, “I think I have come to the realization that it was probably wrong to portray a specific person, in this case, First Officer Murdoch, as the one who fired the weapon. First Officer Murdoch has a family, and they took exception to that, and I think rightly so.”

Since his public apology, Cameron has continued to express regret for the way he presented First Officer Murdoch. He says that he wished he would have been more sensitive to his family, and that he was thinking about the specific scene as a storyteller rather than as a historian.