He’s spent most of his life making music. And Stevie Wonder isn’t exactly slowing down in his seventh decade.

The recipient of numerous awards, plus an artist who’s contributed immeasurably to world culture, Wonder is nothing short of irreplaceable.

Is he a musical miracle, a mortal man, or somewhere in between? Let’s Master Blast you with some facts.

He recorded his debut album aged 12

When we say Steve Wonder started young, we weren’t kidding. Singing and music seemed to come naturally to him from an early age. His sonic journey is thought to have begun with a mouse.

Yes, you read that right. His keen sense of hearing came in handy at school when tracking down a rogue rodent. It apparently opened his ears, literally, as to what a blind youngster could achieve. 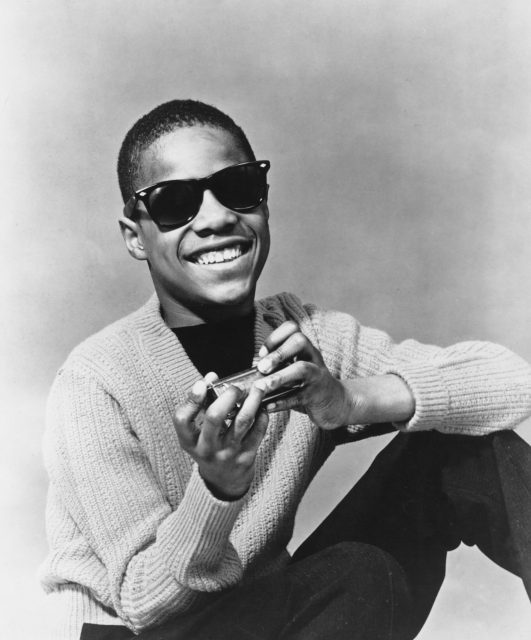 The year 1962 saw Tamla Motown release The Jazz Soul of Little Stevie. Wonder – born Stevland Hardaway Judkins – was just 12 when he made his instrumental-only debut. He actually recorded another album previously aged 11, Tribute to Uncle Ray, but this was released after.

The facts about Stevie Wonder’s blindness

To this day there’s a bit of confusion over Stevie Wonder’s sight. He’s certainly blind, though some doubt this fact. We’ll go into that later!

When did Wonder lose his vision? As a premature baby aged just six weeks. Retinopathy of Prematurity occurred, due to lack of development in the eyes. Basically, his retinas detached. So Wonder has never really been able to see, though he makes his way in the world using another form of “sight.” 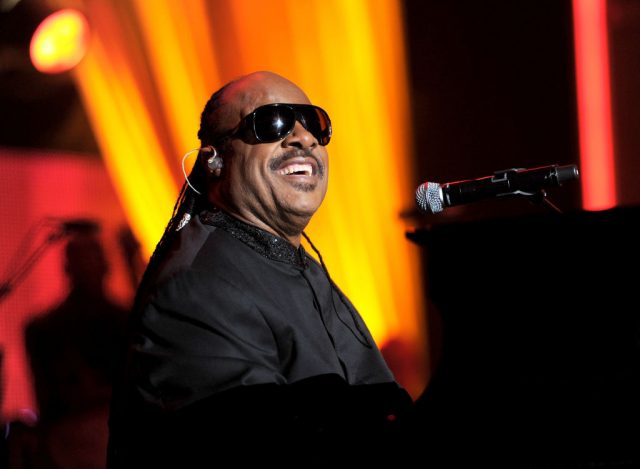 Despite being blind he has synesthesia, or indirect senses. What do we mean? Covering the neurological condition and its effect on musicians, Pitchfork wrote that people hear “a certain timbre or musical note and see a color, or smell a perfume and hear a sound.” It also isn’t unusual to “see a word and taste a flavor.”

They spoke to American Synesthesia Association co-founder Carol Steen, who revealed that 4% of the population have synesthesia.

He had a terrible car accident outside Salisbury, NC

Wonder experienced further disruption to his senses when caught up in a 1973 car accident. Ultimate Classic Rock writes that the car he was a passenger in hit a truck. 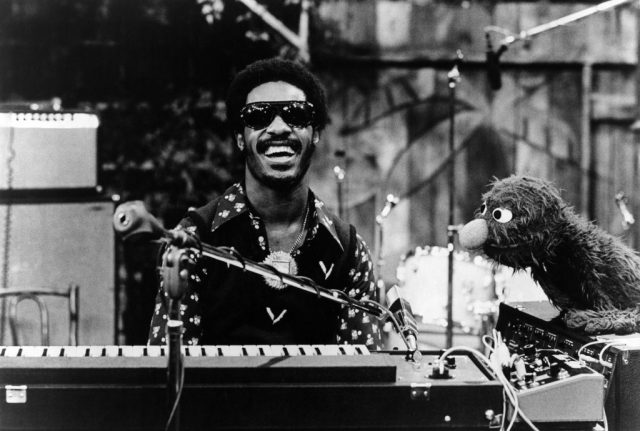 Stevie Wonder appears on Sesame Street with S.S. character Grover to perform Superstitious and a Sesame Street Jam. This was in 1973, the same year as his accident. (Photo Credit: Echoes/Redferns)

The windshield shattered and the truck bed “struck Wonder in the head as he snapped forward as a result of the impact between the vehicles.” It was a devastating deal for the multi-talented performer, who lost some of his sense of smell and all his sense of taste for a while.

The “Truthers” about Stevie Wonder

An idea persists in popular culture that Wonder is somehow faking his blindness. This was added to by none other than Shaquille O’Neal, who insisted Wonder once acknowledged him by sight when entering an elevator. 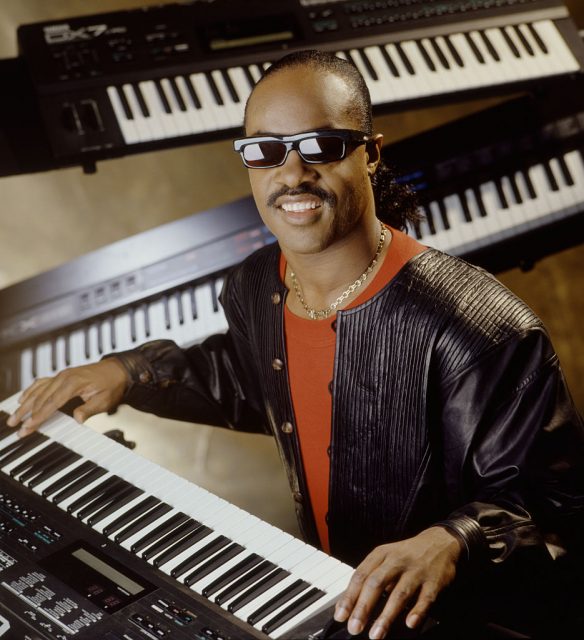 Throw in the way the maestro stopped a microphone from falling during a live performance in 2014, and the evidence stacks up for skeptical commentators, dubbed Stevie Wonder Truthers.

Why Stevie Wonder would want the world to think he’s blind is a question for the ages. He’s been medically diagnosed and that’s definitely good enough for us.

Coolio cleaned up his act for Stevie

Rap hit “Gangsta’s Paradise” celebrated its 25th anniversary in 2020. Performed by Coolio, who co-wrote it with Larry Sanders and Doug Rasheed, it was featured on the soundtrack for Dangerous Minds starring Michelle Pfeiffer (1995). 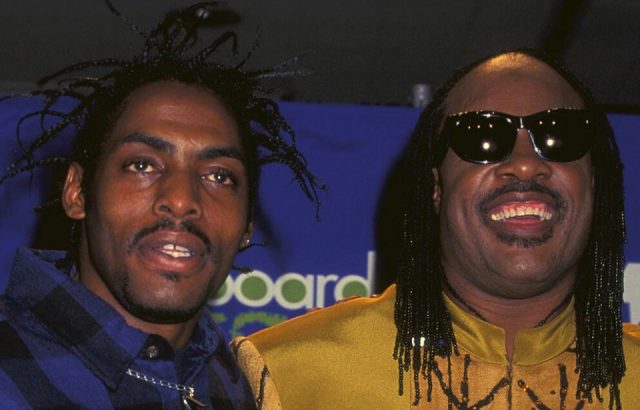 Stevie Wonder is also credited as composer – Coolio sampled his 1976 track Pastime Paradise. People covered 20 years of Gangsta’s Paradise in 2015. They mention Wonder’s insistence that cuss words be removed. He also wanted a whopping 95% of the publishing money… Coolio was reportedly unaware of the latter demand at the time!

We Are the World… but what on Earth are these lyrics?

“We Are the World” is the iconic 1980s American charity single. Performed in the wake of Bob Geldof and Midge Ure’s Band Aid UK release, it was put together by the USA (United Support of Artists) for Africa.

The great and the good, including Stevie Wonder, came together in song. Also featuring Michael Jackson (who wrote the track with fellow performer Lionel Richie), Paul Simon, Diana Ross, Cyndi Lauper and a host of other names, the end result topped the charts worldwide. 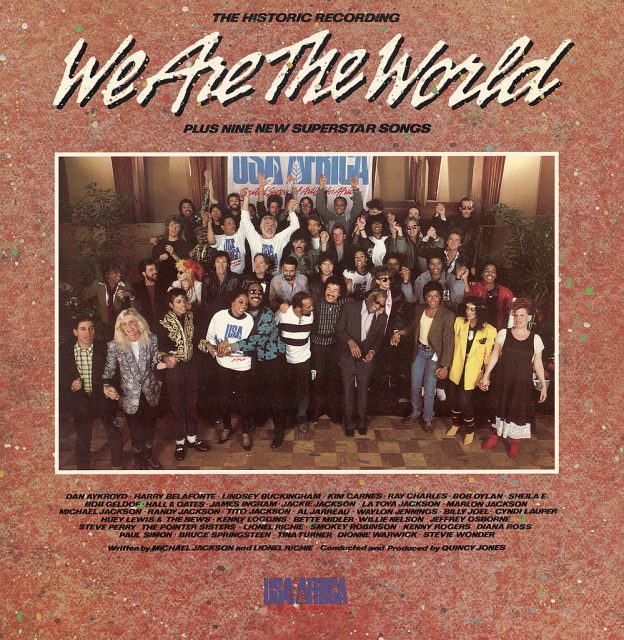 Front cover of the ‘USA for Africa We are the World’ record album, the music on which was designed to raise awareness and funds for a worldwide hunger relief program, 1985. (Photo Credit: Blank Archives/Getty Images)

At one point, Wonder reportedly got on the phone with a pal of his from Nigeria. A replacement lyric was needed and Wonder figured Swahili would be the way to go. As The Independent notes, “Geldof pointed out that Ethiopians don’t speak Swahili.”

Things got worse, as the move proved unpopular for other reasons: “Waylon Jennings left the sessions claiming ”˜no good old boy sings in Swahili’.”

Prince and others joined him for a ground-breaking music video

Stevie Wonder is regarded as a pivotal figure in the development of modern soul music. He also made an impact on music videos. You might think these wouldn’t be of great interest to someone who’s blind. However, in 2005 he released “So What The Fuss.” 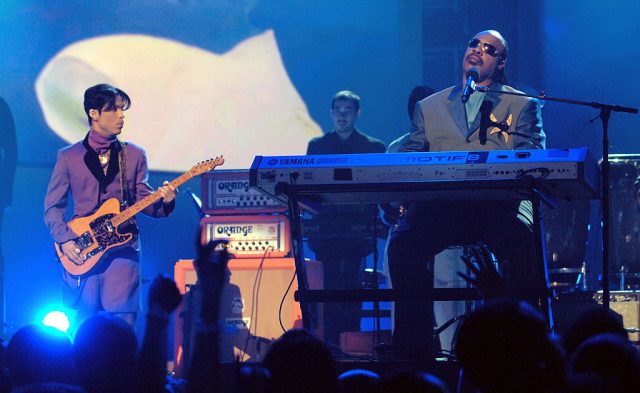 Prince and En Vogue joined Wonder for the number. And there was another special guest – Busta Rhymes, who performed as narrator for a second audio track. Designed for the visually impaired, it became the first music video with added descriptions. A musical milestone was created.

Together with Gil Scott Heron (“The Revolution Will Not Be Televised”), Stevie Wonder helped establish the traditional holiday of Martin Luther King Day in the early 1980s. It falls on the third Monday of January, around the time of Dr. King’s birthday, the 15th. 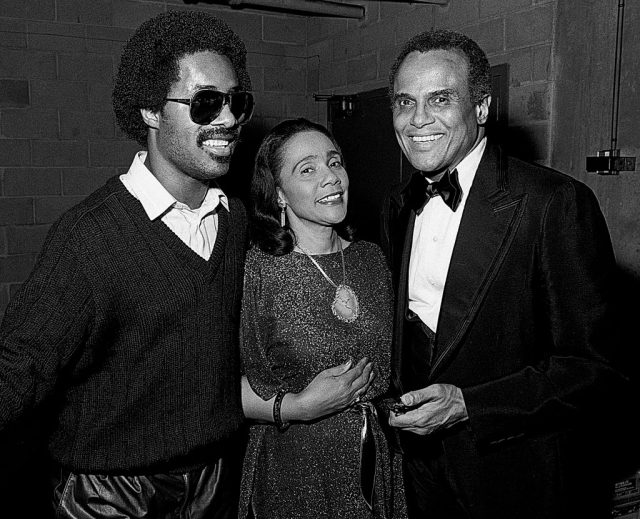 Wonder reworked “Happy Birthday” as a track for the 1980 album Hotter Than July. This was then adopted as an anthem by himself and others wanting MLK Day to become a permanent fixture on the calendar. He famously performed it in Washington, DC at a major rally in 1981. Many music industry notables were in attendance.

Quoted by the New York Post, Gladys Knight said Wonder’s release made a big difference because “it was something that people could hold on to.” Also, they were reassured “by singing this song that it’s gonna be a national holiday at some point soon.”

Wonder took a typically creative approach when composing his very first tweet. 2018 saw Stevie join the platform. Better late than never, we suppose! And, unlike some celebrities online, he really had something to say. 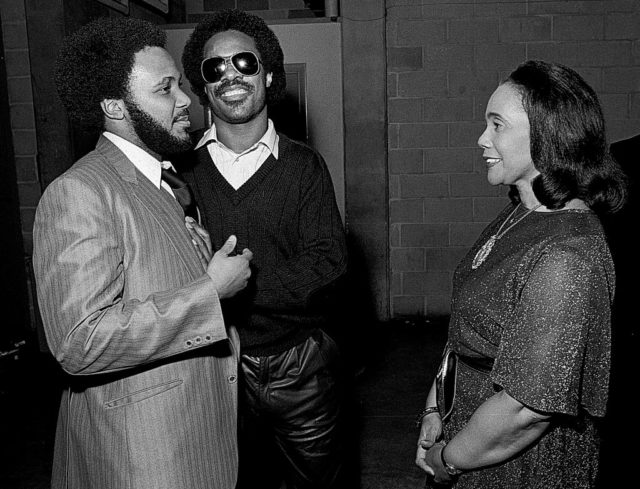 Commemorating half a century since the assassination of Martin Luther King, it read that “a need for his dream to be fulfilled is far greater than ever.” A video was made featuring an all-star lineup of Barack and Michelle Obama, Bette Midler and others, who wanted to share their dreams with the world.

His tweet caused a storm. But then Stevie Wonder always makes a splash, even in the 21st century.

« They Were All Over the Tabloids in the 1980s, But Where Are These Famous Faces Now…?
James Cameron Regrets One Specific Scene In ‘Titanic’ »