Debunking 7 Myths About The Titanic That Everyone Still Believes

The sinking of the RMS Titanic is easily the best-known maritime disaster of all time. Although the luxury cruise-liner sunk well over one hundred years ago, people continue to be fascinated with its story. The doomed Titanic has been the subject of books, television shows, and Hollywood movies. However, it becomes harder to determine historical fact from fiction with all this fame. Here, we break down some of the most famous myths that have surfaced surrounding the Titanic. 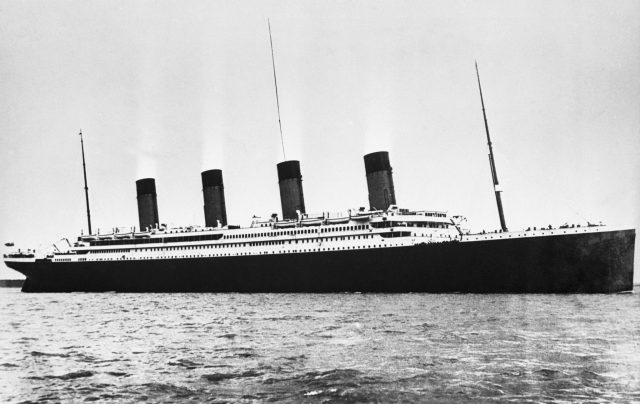 The most common myth associated with the Titanic is that the ship was unsinkable. We have heard this phrase repeated time and time again – Titanic was an unsinkable ship. This myth is so commonly believed because supposedly in 1912, White Star Line Vice President Phillip Franklin stated, “There is no danger that Titanic will sink. The boat is unsinkable and nothing but inconvenience will be suffered by the passengers.” However, researchers have found no instance of an official White Star employee claiming that the Titanic was unsinkable.

Nonetheless, this myth has stood the test of time. In reality, there were many problems and design flaws with the Titanic. According to Richard Howells, from Kings College London, “it is not true that everyone thought this [myth]. It’s a retrospective myth, and it makes a better story.”

2. “Nearer, My God, To Thee” played as the ship went down 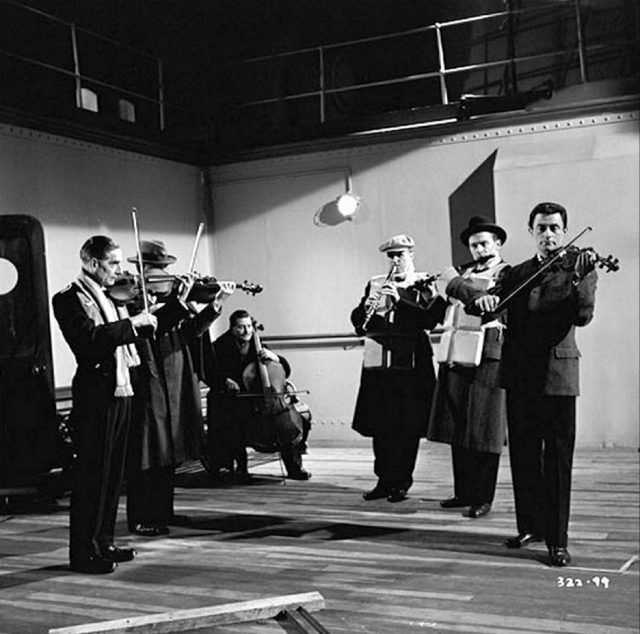 The band from A Night To Remember (1958). (Photo Credit: MovieStills DB)

One of the most haunting stories to come out from the sinking of Titanic is that the band played the song “Nearer, My God, To Thee” as the ship was going down. No members of the band survived the sinking, and all of them were celebrated as heroes. On April 20, 1912, the front page of The Daily Mirror ran the headline “Bandsmen heroes of the sinking Titanic plays ‘Nearer, My God, to Thee!’ as the liner goes down to her doom.” This scene was famously featured in the 1958 film A Night To Remember and recreated in James Cameron’s 1997 film Titanic.

Eyewitnesses aboard the Titanic do recall the band playing “Nearer My God To Thee,” but those who remember this song being played were able to get away from the ailing ship before it sank. Many accounts claim that the band was playing more upbeat music to keep passengers’ spirits up. We will never know the last song the band performed before the ship went down. “Nearer, My God, To Thee” is often assumed as the last song because it is a sad hymn that fits the tragedy of the sinking of the Titanic.

3. Was Captain Smith really a hero? 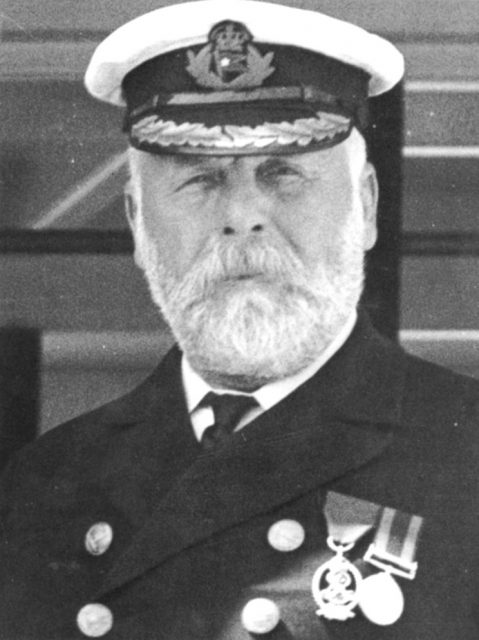 Despite Captain Edward Smith failing to heed ice warnings and not slowing Titanic down when an ice path was reported directly in his way, Captain Smith has gone down in history as a hero. This status has been further reinforced with his portrayal in various television shows and movies that paint him positively.

There is no doubt that Captain Smith went down with the ship. It could be argued that this action on its own makes Captain Smith a hero. However, a closer look at Captain Smith’s actions before the ship’s sinking threatens to jeopardize his hero status. Titanic Historical Society member Paul Louden-Brown doesn’t accept the positive way in which history has chosen to remember Captain Smith. In fact, according to Louden-Brown, “[Smith] knew how many passengers and how many spaces were in the lifeboats, and he allowed lifeboats to leave partially filled.” Captain Smith didn’t say anything to ensure more people had a spot on a lifeboat, and as a result, many lifeboats that left Titanic that night were only half-filled.

Furthermore, Captain Smith had been given warnings about the icy conditions on Titanic’s course. He made no action to decrease the liner’s speed even though he knew there was treacherous terrain in front of him. In addition to all this, there are many conflicting reports surrounding his death. Postcards were produced of him after the sinking, and stories were told of him swimming through the water with a child in his arms – which never happened. Some newspapers reported that Smith shot himself as the ship was going down, while other witnesses claim to have seen Smith dive into the sea. Ultimately, even his death is shrouded in mystery, and there is no way to tell if he died a “hero’s death.” 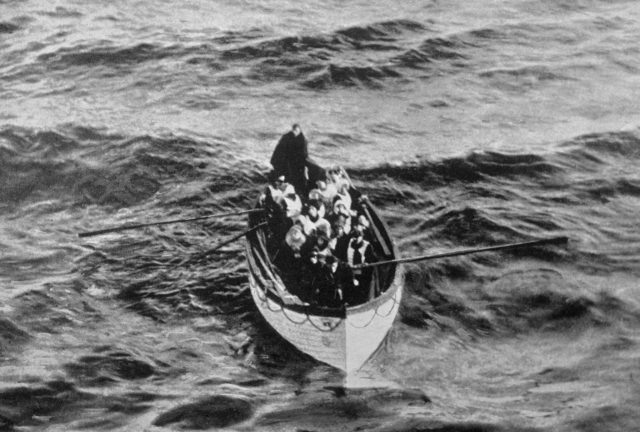 This myth also stems from the fact that out of the 710 survivors, only 174 were third-class passengers. There were gates that separated steerage passengers from the rest of the ship, but these gates were only there to meet American regulations regarding new immigrants carrying potentially infectious diseases. Ultimately, the official British report on Titanic’s sinking found no evidence to support this myth.

5. Was a cursed Egyptian mummy responsible for the sinking of the Titanic? 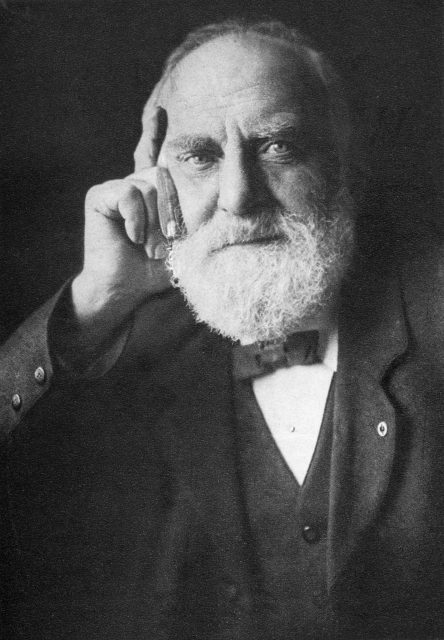 This is one of the more outlandish myths surrounding the sinking of the Titanic. Aboard the ship was a first-class passenger named William Stead, who was fascinated with spiritualism and the supernatural. Stead told his fellow passengers a tale about a supposedly cursed mummy causing mayhem at the British Museum. According to Stead, this mummy was smuggled on board the Titanic as an archeologist in America had purchased it.

Stead didn’t survive the sinking of the Titanic. His tale was passed on by the surviving passengers he had relayed his cursed mummy story to. These passengers told the press, who in turn ran with the story. One month after Titanic sank, the Washington Post published a story under the headline “Ghost of the Titanic: Vengeance of Hoodoo Mummy Followed Man Who Wrote Its History.”

In reality, there was no mummy (cursed or otherwise) on the Titanic when it sank. In fact, the supposedly cursed mummy never left the British Museum and is still there today.

6. Titanic was the worst shipwreck ever, right? Wrong. 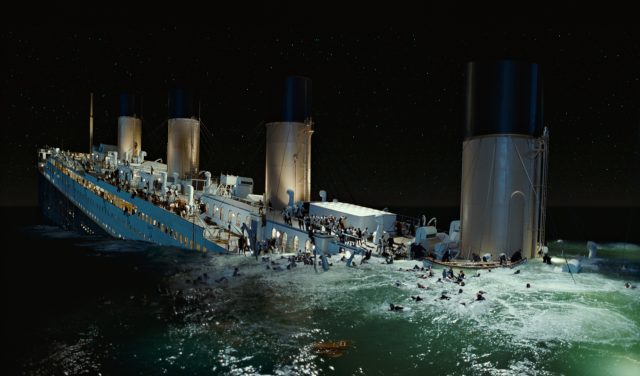 It is commonly thought that the Titanic tragedy is the worst maritime disaster ever. It’s true that 1,517 of the 2,240 people on board were killed. Although this is a shockingly high death toll, it’s (unfortunately) not the most deadly shipwreck ever. For example, on April 27, 1865, the SS Sultana exploded on the Mississippi River, killing some 1,800 passengers. More recently is the disaster of the ferry DoÃ±a Paz which collided with the oil tanker MT Vector on December 20, 1987. An estimated 4,386 people perished in this maritime disaster, many of whom were burned alive.

7. J. Bruce Ismay wasn’t as cowardly as we might believe 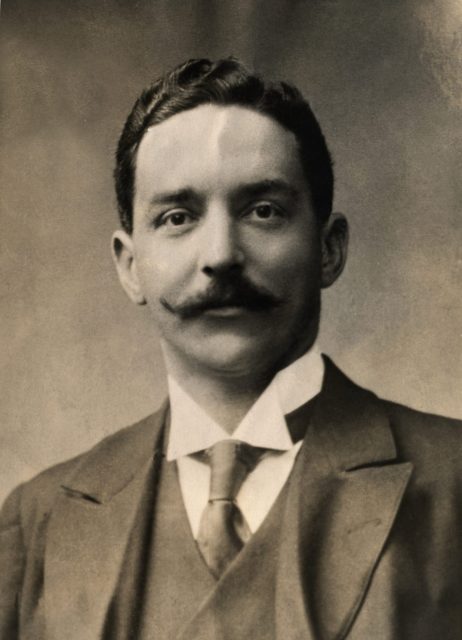 Titanic owner J. Bruce Ismay has gone down in history as one of the biggest cowards in history. This reputation has been perpetuated by the press, movies, and the mere fact that he was a male who survived the sinking of the Titanic. After the sinking, he was dubbed J. “Brute” Ismay in the press, and stories circulated about how he escaped on the first lifeboat and how he dressed up as a woman to get a spot on a lifeboat.

Ismay was eventually cleared of any wrongdoings during the sinking of the Titanic. In fact, Ismay helped load other lifeboats and assisted women into them for at least an hour before he climbed into the last lifeboat. However, by that time, the damage to his reputation was already done. In reality, after the disaster, Ismay helped pay out thousands of pounds to victims and the relatives of victims.

J. Bruce Ismay suffered the worst at the hands of American media outlets after the disaster. One of his enemies was the American press baron William Randolph Hearst. It seems that most of the damage done to Ismay’s reputation came from news titles controlled by Hearst.