It Was Once Socially Acceptable (and Affordable) to Mail Children

On January 1, 1913, the US Postal Service began accepting parcels of up to eleven pounds. This change was particularly popular in rural America, and “during the first six months of operation approximately 300 million parcels were handled.” It only grew in popularity following the introduction of a collect-on-delivery service that July.

People were naturally keen to test out this new service. Eggs were an extremely popular parcel of the time, especially with the new packaging that had been created to ship them. According to the National Postal Museum, “six eggs were the first objects sent by Parcel Post from St. Louis. Mailed to Edwardsville, Illinois, from the main city post office at 12:05 AM, the eggs came back to St. Louis in the form of a freshly baked cake, which was delivered at 7:00 PM.” 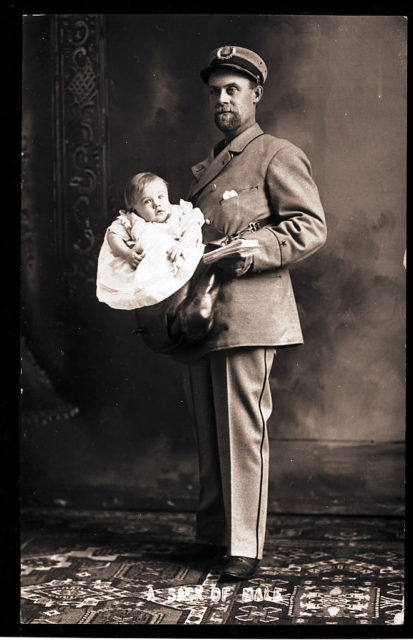 Postman carrying a baby boy along with his mail, circa 1890. (Photo Credit: Vintage Images / Getty Images)

Some people went a step further and experimented with sending their children, via mail, to relatives. The New York Times reported that the first baby to be mailed was sent in January 1913 in Batavia, Ohio. Mr. and Mrs. Jesse Beagle wanted their son to visit his grandmother’s house a mile away. They bought 15 cents worth of stamps – which they stuck to him – and insured their “parcel” for up to $50.

The lad was picked up by the mail carrier on that route and deposited at the address on the card attached to his clothes.

Snopes points out that, while children were undoubtedly sent through the mail, it was not a very common occurrence. Indeed, Nancy Pope, head curator of the National Postal Museum, found only seven instances of children being mailed between 1913 and 1915. 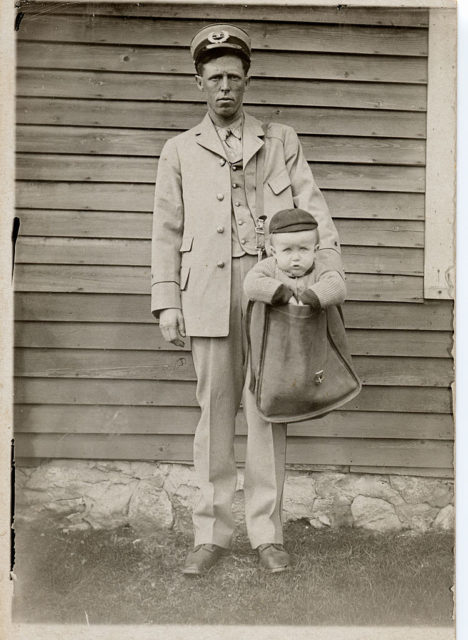 Postman with a small boy in his mailbag, circa 1910. (Photo Credit: Vintage Images / Getty Images)

In general, people would “post” their children to avoid expensive train tickets, or they might simply ask postal workers to carry their children a very short distance to nearby relatives. As HISTORY points out, “people who mailed their children weren’t handing them over to a stranger. In rural areas, many families knew their mailman quite well.”

Postal Service historian Jenny Lynch agrees. Speaking with Smithsonian Magazine, she said, “Mail carriers were trusted servants and that goes to prove it. There are stories of rural carriers delivering babies and taking [care of the] sick. Even now, they’ll save lives because they’re sometimes the only [people] that visit a remote household every day.”

Cheaper than a passenger train

The more extreme examples of children being mailed long distances naturally reached the newspapers. The most famous case is that of Charlotte May Pierstorff. In February 1914, she traveled 73 miles to reach her grandmother’s house. Weighing 48.5 pounds, she was just shy of the 50-pound limit set at the time.

Her parents spent 53 cents to send her from Grangeville to Lewiston, Idaho. The stamps were stuck to her coat. 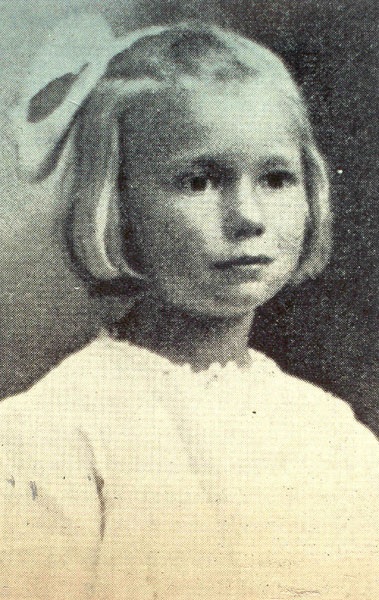 This might seem like quite a distance for a child to travel alone, but it’s not as absurd or negligent as it sounds, since a worker on the Railway Mail train was a cousin of Charlotte’s mother. So, despite her unusual mode of transport, she was with a member of her family the entire way.

A ban doesn’t stop the practice

After news of Charlotte’s travels reached Postmaster General Albert S. Burleson, he banned postal workers from accepting children. However, that doesn’t seem to have deterred everyone, as there are records of children continuing to be sent through the post. 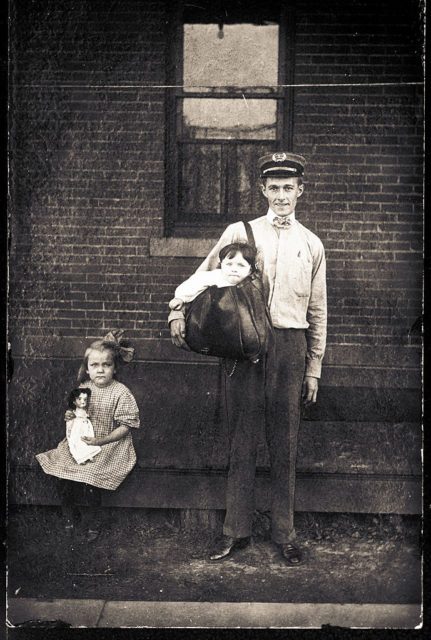 Postman with a small boy in his mailbag, circa 1910. (Photo Credit: Vintage Images / Getty Images)

In early 1915, six-year-old Edna Neff was sent by her mother from Florida to her father’s home in Virginia, 720 miles away. It only cost her 15 cents.

The last child to be posted was in August 1915, when three-year-old Maud Smith was mailed by her grandparents to visit her sick mother, 40 miles away. While people had been flouting the rules, the fact the Superintendent of the Cincinnati division of the Railway Mail Service officially looked into it and had words with the relevant Postmaster seemed to bring an end to the matter.

Please send me to Kentucky

While Maud might have been the last child to be successfully posted, records indicate other people tried to send them, despite the ban. In June 1920, the New York Times reported how Assistant Postmaster General John C. Koons rejected two applications to mail children. “One of the applications received by the local Postmaster was from a 9-year-old girl who entered the main Post Office and asked that she be sent to Kentucky,” it wrote. 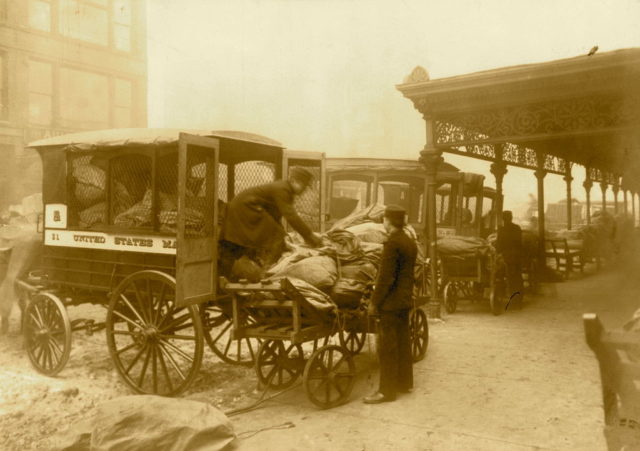 More from us: The Bank Built With Bricks Sent Through the Mail

However, while children were not being sent through the mail anymore, people were still exploiting loopholes in regulations to use it as a cheap method of transport. For instance, in 1916, the man in charge of building the Bank of Vernal had bricks transported 127 miles, a ton at a time, through the post.

« All Aboard ‘The Love Boat’! But What Happened After the Voyage…?
This Is What Your Favorite Nostalgia Toy Says About You »