All Aboard ‘The Love Boat’! But What Happened After the Voyage…?

It’s been over 30 years since our last trip on The Love Boat – albeit in a 1990 TV special. The original series ended several years earlier. But, to quote another sea-going production, our heart will go on. Captain Stubing and his crew are fondly remembered well into the 21st century.

What happened to your favorite characters and notable guest stars once the show finally docked into port? Time to rekindle those old flames… 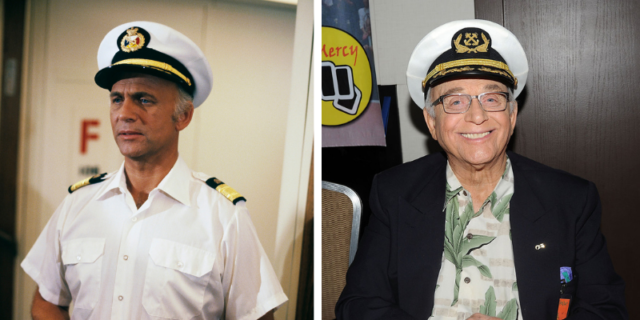 It was MacLeod’s responsibility to make sure everything on the voyage ran smoothly. This was not always a given on The Love Boat… and we ain’t talking about the weather conditions.

When the show finished, he mixed creativity and religion. His last two movies were Time Changer (2002) and The Secrets of Jonathan Sperry (2009), both with a Christian theme. MacLeod also hosted the long-running Christian Trinity Broadcasting Network series Back on Course, along with his wife Patti.

The Love Boat never left him and, despite numerous classic credits, he was thankful for the role of Captain. MacLeod would sometimes reunite with the cast, including before his death in 2021 aged 90. “Being together with the other five from the show, [it] just rejuvenates all our relationships” he told ABC News in 2014. 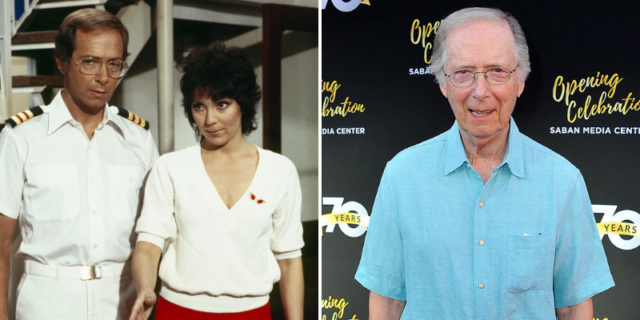 Kopell played “Doc” Bricker on The Love Boat, though his involvement with the franchise began a little earlier. Three feature-length pilots were produced – he played the role of Dr. O’Neill in the second film.

It wasn’t his first time on a hit series. Kopell appeared in well-known shows throughout his career. From the late Eighties, he added Sledge Hammer, The Fresh Prince of Bel-Air, Diagnosis: Murder, Scrubs, Arrested Development and more to his resume. He even played a nautical role in 2018’s The Last Sharknado! 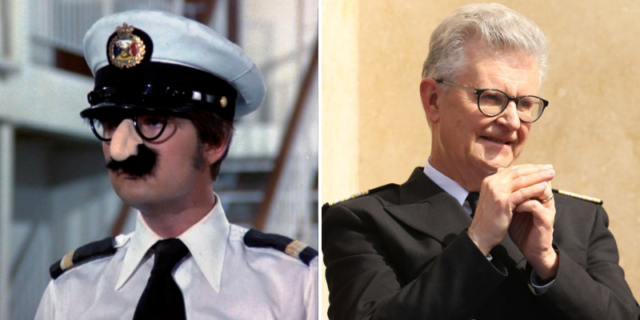 Yeoman Purser “Gopher” Smith is Grandy’s best-known character. He may have been getting up to high jinks on the high seas, but the veteran star had a serious side behind the scenes. A former political speechwriter, he went from The Love Boat to Congressman for Iowa.

He’d already worked with Gavin MacLeod on The Mary Tyler Moore Show in 1975. And he rubbed shoulders with Love Boat guest star Lee Horsley again in Matt Houston (1983). While the acting took a backseat for a decade or so, Grandy returned for the likes of Law & Order, The Mindy Project and General Hospital. 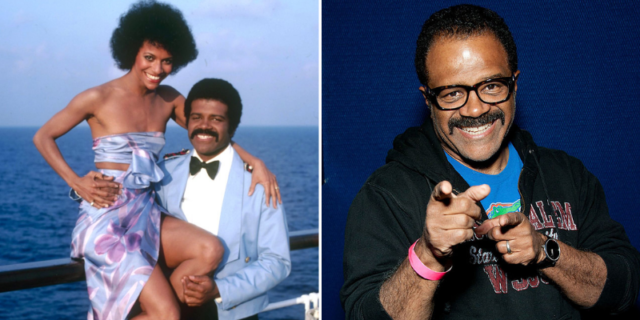 Lange was behind the bar aboard the Pacific Princess as Isaac Washington. It was a job the actor took seriously.

Speaking to Closer Weekly, he recalled a letter he received from a young fan reading: “I saw you with Fred — that’s the friendship I want to have.” The writer referred to his own pal, who was black. This simple gesture touched Lange. “It shows that you don’t know what kind of an influence you are,” he added.

After The Love Boat, Lange became known for his directing work, both onscreen and in the theater. He even helmed a couple of episodes of Love Boat: The Next Wave in 1999. The revival series starred Robert Urich and lasted two seasons. 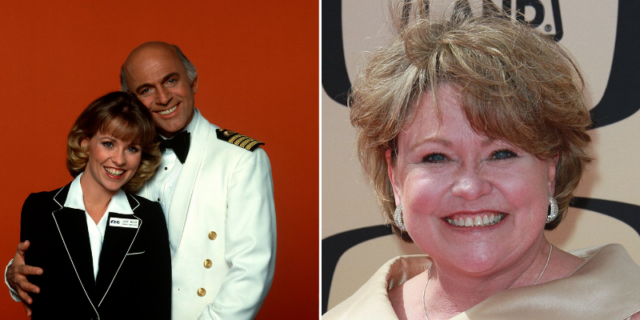 Tewes rehabilitated herself, appearing in several shows, notably the 2000 version of The Fugitive. Biography writes that she attended culinary school “to become a cheese specialist, and when she’s not acting, she works as a sous chef in Seattle, for a catering company.” 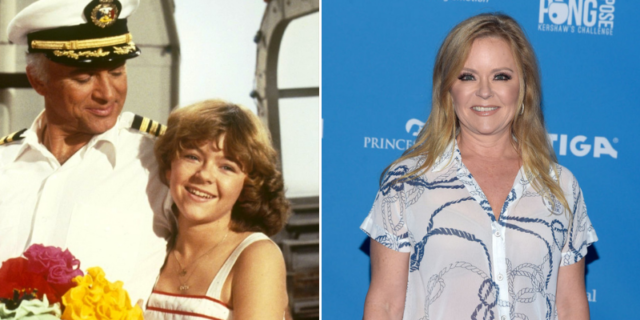 She still performs, though reportedly stopped acting in 1999. Since then, she’s been a radio host and TV producer. 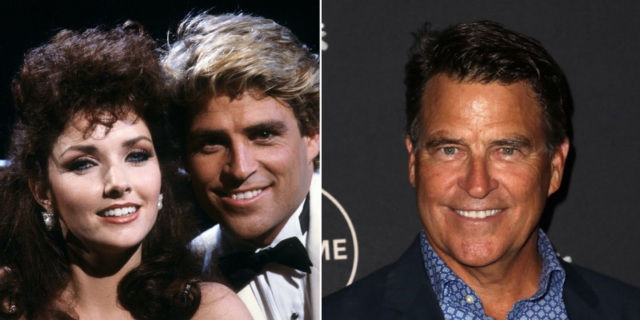 McGinley was another latecomer to the show, playing ship’s photographer “Ace” Covington Evans for the last three seasons.

He went on to be a supporting actor in ratings-grabbers such as Dynasty, Married… with Children and Hope & Faith. He’s been lucky, though others haven’t been so sure.

The website Jump The Shark thought McGinley had a habit of jinxing stuff he appeared in. The site got its name from a notorious episode of Happy Days, which ironically McGinley starred in as Roger Phillips.

He rejects the light hearted allegation, commenting that after joining the Fonz and co, Happy Days “went four and a half more seasons.” He adds: “Nowadays, if you could get two shows on the air, you’ve won.” 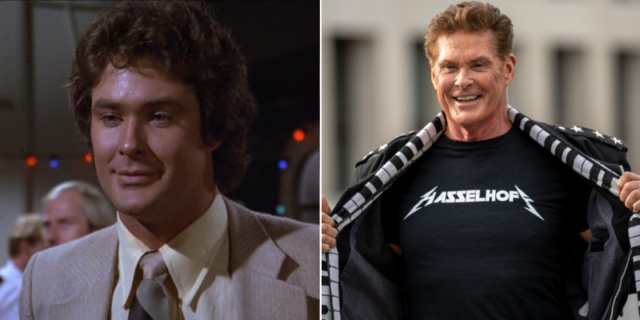 Hasselhoff featured in two episodes of The Love Boat, in 1980 and 1981, respectively. Soon he’d be swapping the open sea for the open road as Michael Knight in Knight Rider (1982 – 86). 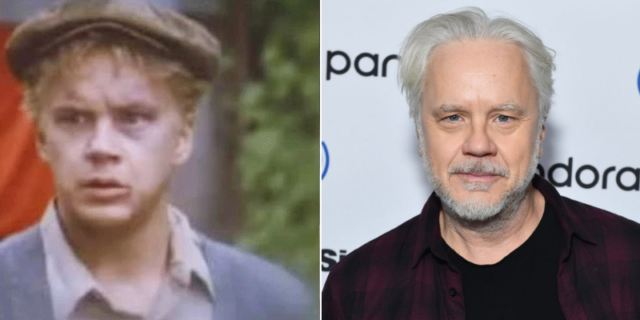 Hollywood beckoned for Robbins. But before he went behind bars for The Shawshank Redemption, he guested on The Love Boat! As noted by Gold Derby, he took a trip to World War II as part of a 1984 episode. 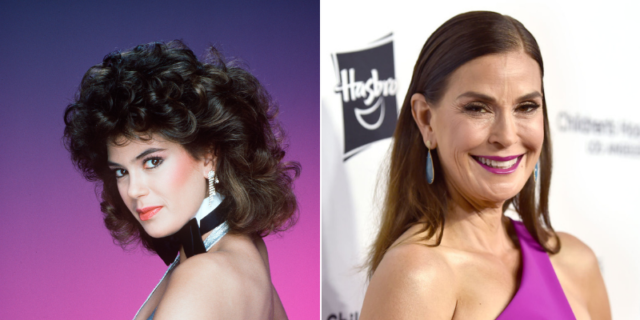 If it wasn’t for The Love Boat, we might not have been introduced to Teri Hatcher, who played dancer Amy during the show’s later years. “She’d been a San Francisco 49ers cheerleader during 1984 and then landed the role of Amy a year later,” writes Maternity Week.

From these fluffy beginnings, Hatcher guest-starred on Seinfeld (Sidra Holland in The Implant) and really took off as Lois Lane in Lois & Clark: The New Adventures of Superman alongside Dean Cain between 1993 – 97. She then starred in Desperate Housewives (2004 – 12). 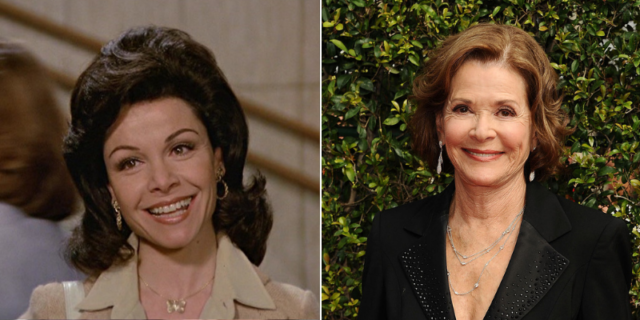 Versatile actress Walter appeared in no less than eight episodes of The Love Boat over the years. Though she had a less romantic kind of affection in mind for her role as Evelyn Draper in Clint Eastwood’s directorial debut Play Misty For Me (1971). Going from psychotic stalker to cruise ship love seeker took some doing.

She then acted in diverse fare, from Babylon 5 to Magnum P.I and Arrested Development. Walter passed away in 2021, aged 80. 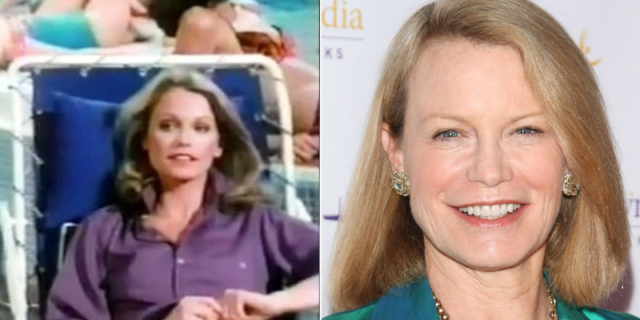 Hack ventured onto the Pacific Princess in two parts – but there’s a twist. Her most famous role was that of Charlie’s Angel Tiffany Welles. And Welles was introduced during a crossover with The Love Boat titled Love Boat Angels (1979). The following year, Hack featured as another character.

More from us: What Happened to the Keatons and Co. After ‘Family Ties’ Ended…?

She then appeared in Martin Scorsese’s The King of Comedy (1982), sharing scenes with Robert De Niro. Hack also featured in cult horror films Troll (1986) and The Stepfather (1987). During the past decade, she’s produced several TV movies.