What Happened to the Keatons and Co. After ‘Family Ties’ Ended…?

If any show reflected America in the 1980s, it was Family Ties. Best known today for launching Michael J. Fox’s career, it ran for the better part of a decade.

While the cast has come together again for public appearances, an official Family Ties reunion hasn’t happened yet. So working out what happened to the Keatons is a guessing game.

What we can do is talk about the stars and their lives after the series. And who knows, maybe we can pick up some clues about their characters along the way… 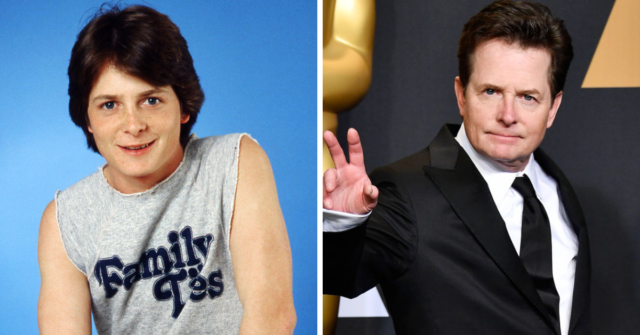 Fox’s character Alex was a rebel. At least, against his liberal parents! His idea of striking out on his own involved joining the Republican party. This was one factor that made Family Ties a little different from other sitcoms.

The breakout star became exceptionally busy, moving between the small screen and movies such as The Secret of My Success (1987) and, of course, Back to the Future Parts I – III (1985 – 1990).

He played New York Deputy Mayor Mike Flaherty for the first four seasons of Spin City (1996 – 2000). This being a political sitcom, it was only right that an “Alex P. Keaton” was mentioned in one episode. He’d apparently been working as a junior Senator.

Fox was diagnosed with Parkinson’s disease in the early 1990s and announced the news in 1998. He wound up leaving Spin City but has since lent his vocals to the Stuart Little franchise. The Michael J. Fox Show saw him playing Mike Henry, a former newsman with Parkinson’s. He’s long been an advocate for research into the disease – the Michael J. Fox Foundation began in 2000. 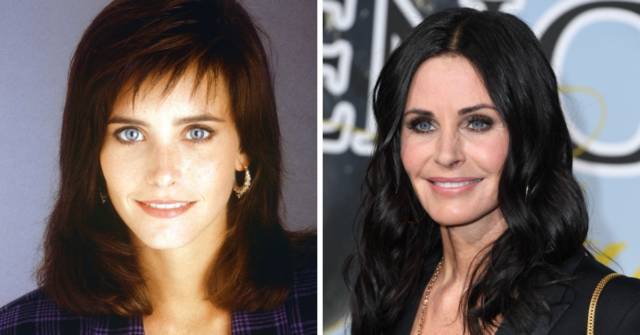 Friends was the sitcom role that made Cox’s name. She hadn’t been doing badly before – the Bruce Springsteen video and Masters Of The Universe movie being just two entries on her resume. Yet Monica captured the public’s imagination and put her on the world stage.

Her Family Ties character Lauren Miller dated Alex, appearing in the Keaton saga between 1987 – 89. From there, Cox appeared in shows like Seinfeld before Central Perk gave her profile a caffeine shot.

She starred in Dirt (2007 – 2008) and Cougar Town (2009 – 15), playing very different characters. Another role she’s known for is that of journalist Gale Weathers in the Scream movie franchise, which returned for a successful fifth installment in 2022. 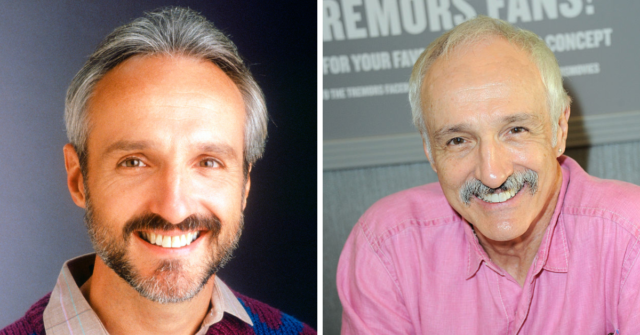 Steven Keaton was the patriarch who left his background of peace and love behind to raise a family with wife Elyse. Michael Gross was a Family Ties mainstay, though another major character waited for him upon his exit from the series.

Gross went from wrangling his kids to warring with giant warms in the long-running Tremors franchise (1990 – present). As gung-ho gun nut Burt Gummer, he’s blasted the monstrous “Graboids” in seven movies, not to mention a short-lived TV version.

He also cropped up in Spin City, playing Michael J. Fox’s therapist. The onscreen chemistry was clearly still there after all those years. 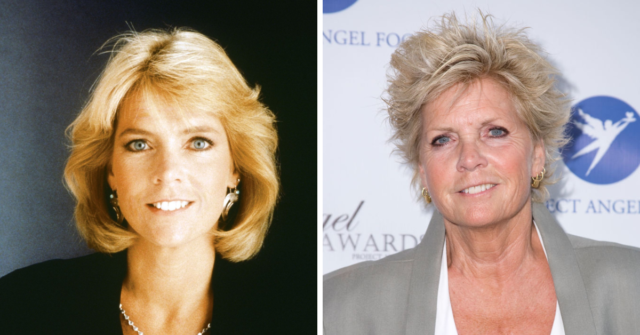 Architect Elyse was a much-loved TV mom, who kept the Keatons together across all seven seasons. Before Family Ties, Baxter starred in Family (1976 – 80), a drama that some have remarked has similarities to the popular sitcom.

She went on to play convicted murderer Betty Broderick in a 1992 TV movie and had recurring roles in shows such as Cold Case, Dan Vs. and The Young And The Restless. And she took on Michael J. Fox again as his mother in Spin City! Baxter later reprised Elyse Keaton for a spot on Family Guy.

Her personal life has also made headlines, as did a battle with breast cancer in the late nineties. Like Fox, she started a foundation to look into the disease. 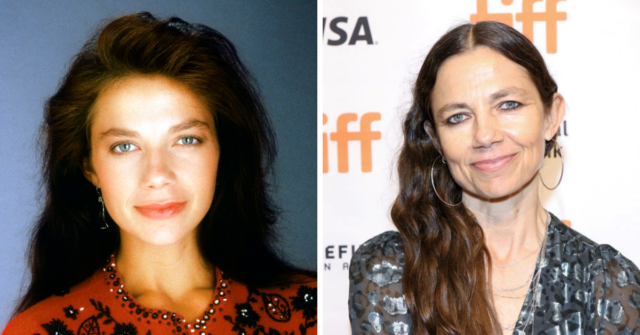 Daughter Mallory was seemingly all about material possessions. As we mentioned, Family Ties was a very eighties show! Justine Bateman played the role throughout, and headed for the big screen alongside Julia Roberts and Liam Neeson in 1988’s Satisfaction. It wasn’t a hit but Bateman went on to a successful career both in front of and behind the camera.

She appeared in an episode of Arrested Development, starring her brother Jason. In 2021 she wrote, directed and produced the film Violet, starring Olivia Munn. The critically acclaimed drama focused on a successful yet troubled woman in the movie business with mental health issues.

As for Mallory, well guess what name was referred to in passing during Spin City? The reference naturally came during Gross’s episode. Though Mallory’s fate is uncertain, producers did see mileage in her boyfriend. A proposed spin-off The Art of Being Nick starred Scott Valentine and reached the pilot stage in 1987. 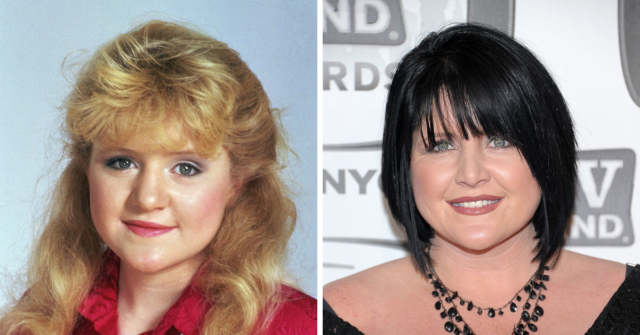 Outspoken Jennifer was one of Family Ties’ most memorable characters. Actress Tina Yothers has mainly been playing herself in recent years, appearing on shows like Celebrity Wife Swap. However, she did gain attention playing Tonya Harding in the 1993 TV movie Spunk: The Tonya Harding Story.

She is also a singer and featured in another iconic sitcom: Married… with Children. The tone of that show was a little different! Plus, star Christina Applegate also appeared in Family Ties at one point. 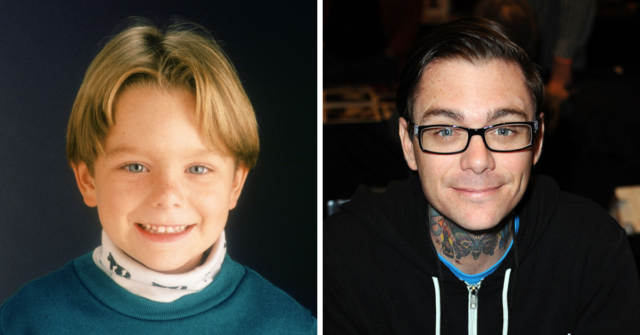 Young and impressionable Andy Keaton entered the world in Family Ties’ third season. By the fifth year he was ready to be a fully-fledged cast member. Enter Brian Bonsall, who went from the Keaton household into space as Klingon offspring Alexander Rozhenko (Star Trek: The Next Generation, 1992 – 94). 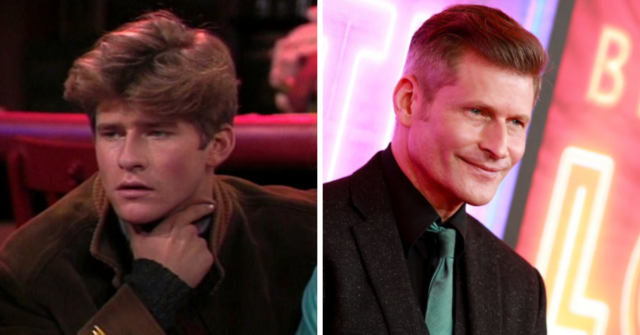 Before he played George McFly in Back to the Future, Crispin Glover shared the screen with Michael J. Fox in Family Ties.

Glover would go on to a multitude of big and small screen roles, including the Thin Man in the Charlie’s Angels film franchise (2000 and 2003), the Knave of Hearts in Tim Burton’s Alice in Wonderland (2010) and Mr. World in American Gods (2017-21).

He’s also noted for his unconventional behavior, particularly an early chat show appearance with David Letterman. Glover also took legal action against the producers of Back to the Future when they used his likeness without permission. This case led to changes in the industry. 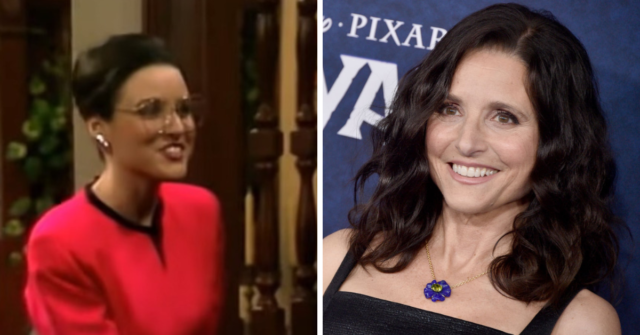 This comedy legend’s ties to Family Ties go beyond the sitcom itself. She not only co-starred in the spin-off pilot The Art of Being Nick, she also appeared in Day by Day. The 1988-89 show was co-devised by Keatons’ creator Gary David Goldberg and partly focused on an old college buddy of Steven’s. In between these shows, Louis-Dreyfus featured in Family Ties proper.

More from us: Here’s What Happened to Our Favorite Stars of 1960s Television

Soon after, she entered the sitcom hall of fame as Seinfeld’s Elaine Benes. Satirical comedy Veep cast her as Vice President Selina Meyer (2012 – 19). Louis-Dreyfus also starred in the acclaimed Enough Said (2013) and Downhill (2020), which she co-produced.

She has also joined the Marvel universe as the mysterious Contessa Valentina Allegra de Fontaine in The Falcon and the Winter Soldier.

« Britain’s Oldest Pub Closing Down After 1,200 Years
What Does The Long History Of Debutante Balls Say About the Role of Women in Society? »