Classic Children’s Cartoons That Were Great Fun for Adults

Classic cartoons can be fun for the whole family, depending on your definition of fun! Some shows delight kids and bore adults, whereas others have something for everyone. For grown ups, that can mean surprisingly mature material. From sly nods and x-rated gags to even the downright unacceptable, check out these animated antics from your all-time favorites. 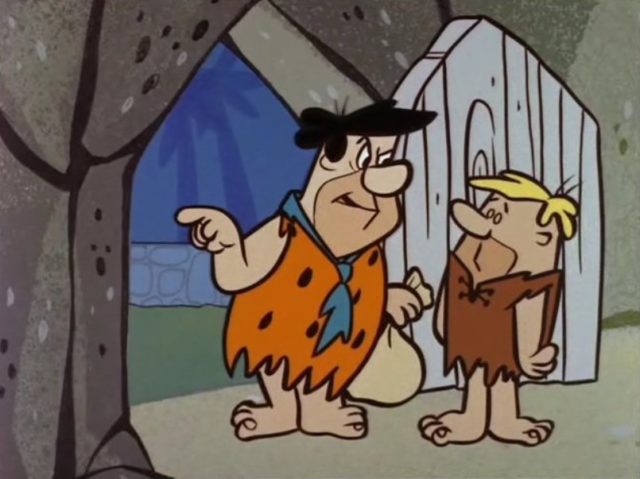 You may recall The Simpsons’ spoofing of cigarette commercials for children. These weren’t far off the mark, considering Flintstones’ characters Fred and Barney were used to flog tobacco. According to Richverse, the 1960s release saw the rock steady guys “leisurely smoking cigarettes while ignoring their wives who were busy with household chores.”

You might think the 1990s saw fewer adult jokes in family cartoons. Far from it. Rocko’s Modern Life was a key example. The wallaby-focused show managed to squeeze in a story where Rocko worked as a “Speciality Phone Operator.” BuzzFeed highlights the more than suggestive prompt sheet in Rocko’s cubicle.

The classic Thundercats series aired in 1985. Lion-O and company seemed like a wholesome enough bunch. Their enemies, led by the creepy Mumm-Ra, were evil, but in a family-friendly way.

An x-rated twist changed the game for flabbergasted fans. Audio emerged of the cast indulging in talk that would be better suited to the Playboy Mansion, rather than Third Earth! Thundercats, ho? More like Thundercats, oh no! Watch if you dare… 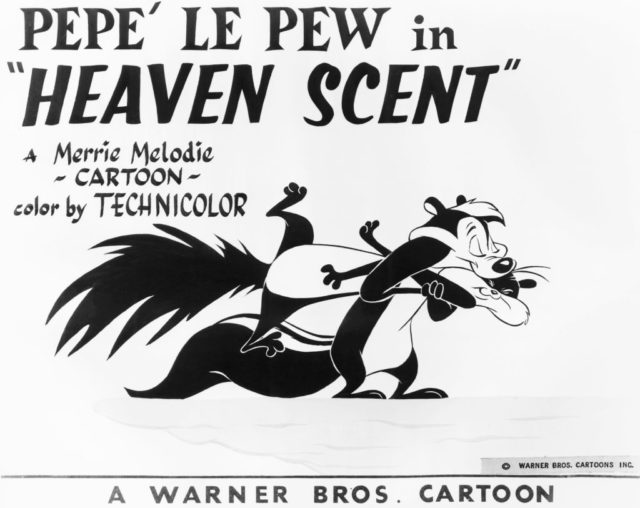 A century or so back, animators could get away with more adult content. Looney Tunes contains a fair amount of content that today is out of line. Take Pepe Le Pew, for instance. He was laughed at in his day. However, Penelope Pussycat – who he pursues across various instalments – is clearly being harassed.

The stalker skunk almost appeared in Space Jam: A New Legacy, opposite actress Greice Santo. Deadline details the sequence, which would have seen Santo attacking Le Pew after he makes unwanted advances. Confessing to Bugs Bunny and LeBron James, Pepe reveals “that Penelope cat has filed a restraining order against him,” to which James responds “that Pepe can’t grab other Tunes without their consent.”

Santo was reportedly unhappy the scene got deleted.

It’s lesser known compared to others on the list, but Ox Tales is notable for being a classic cartoon with adult undertones.

Lead character Ollie the Ox would make gags about what happened in rehearsals (pretty advanced humor for a kids’ cartoon), and his friend, Jack the turtle, often had his shell smashed to pieces in a surprisingly harsh recurring joke. Throw in Cecil, a skunk who appeared to enjoy his own flatulence, and Gaylord the Gorilla (yes, really) and you had a different breed of fun altogether. 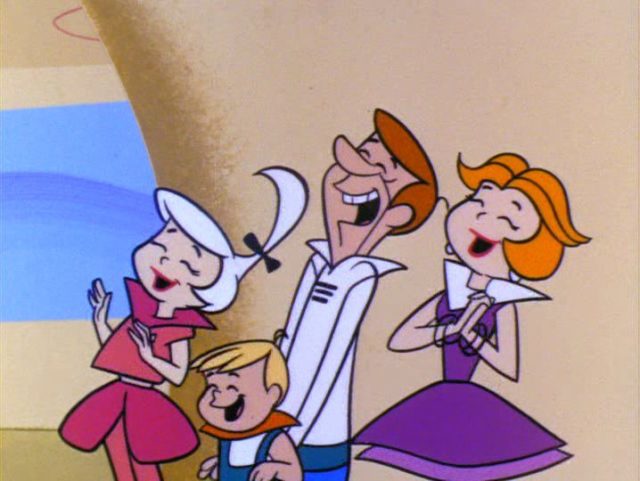 The then-futuristic adventures of George Jetson and his family are sometimes overlooked as a sister show of The Flintstones. Like the other series, it was targeted at families. Plus, there was something for the grown ups as well. Part of the adult appeal for The Jetsons concerned off-the-wall theories about how it and The Flintstones are connected.

The two worlds collided in a time travel plot for a 1987 special. However, as Richverse writes, it’s speculated they take place simultaneously. Come again? Attention is drawn to the sky-based society inhabited by The Jetsons. Could it really be that beneath the clouds is the Stone Age land of The Flintstones? Was humanity reverted to a primitive state, while others thrived in flying craft thousands of feet up? It would certainly explain the presence of cars and movie houses in caveman/woman days. 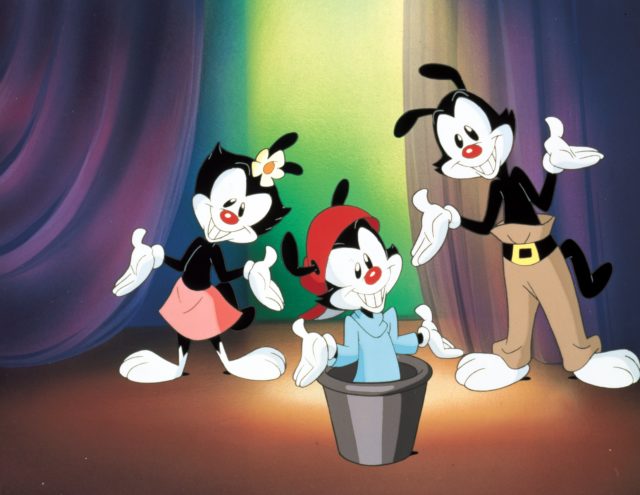 Yakko, Wakko and Dot are back on Hulu, where modern streaming audiences have savvy tastes. However, the original nineties series has its share of adult fun. Bustle provides a rundown of the juicy details, singling out incidents such as ogling women, referencing adult movies like The Graduate and racy conduct from a music icon. 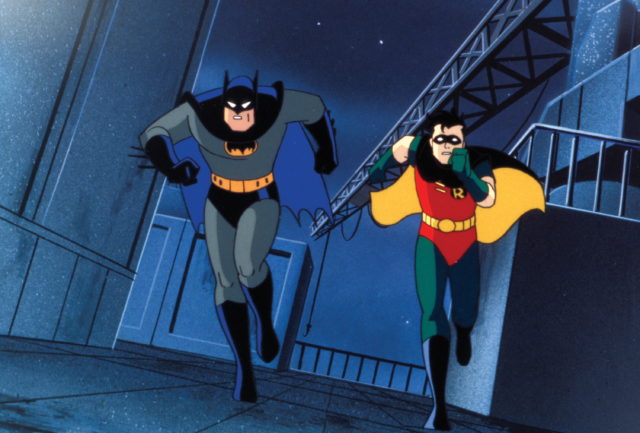 This quality of animated production changed the game for Saturday morning cartoons. Coming off the back of Tim Burton’s Batman movies, it wasn’t strictly for kids, but was still supposed to be PG.

Alongside the sight of Harley Quinn being suggestive in her underwear and the Joker quipping about the IRS was a character named Roxy Rocket. This female daredevil took to the air as a costumed criminal. Yet, as Ranker writes, she “seems to find sexual pleasure in everything she does. And she rode around on a rocket, which did, in fact, look like a phallus.”

The baby show? Yes, indeed. In fact, the original run of Rugrats featured some eye-opening material.

BuzzFeed notes an alarming moment for parents, when the infants were as naked as the day they were, well, born. Twins Phil and Lil “gasped as they saw each other nude for the first time.” Tommy Pickles then “looked at Lil and asked if he could ask her a personal question.” 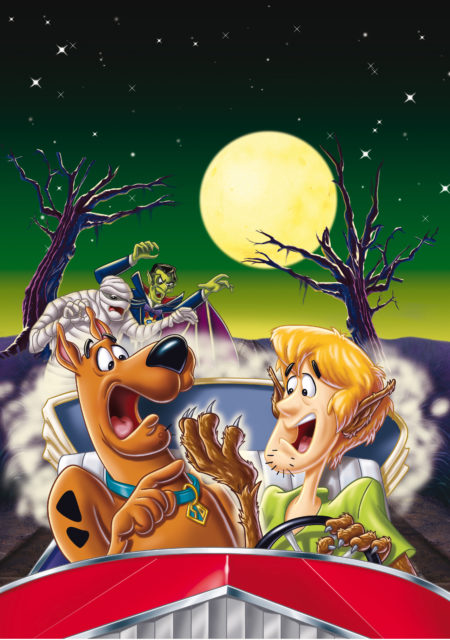 Here’s where things get political. With Scooby-Doo? You bet! When it comes to classic character Shaggy, Scoob’s exploits become pretty meaty – or rather, plant-based. Casey Kasem, the actor and personality who voiced Shaggy, was vegan. As covered by ThinkProgress, he abandoned the role in 1995 because Burger King wanted a Scooby-Doo-themed ad.

More from us: These 6 Oscar Scandals Were More Dramatic Than The Old Hollywood Stars Themselves

He returned seven years later, after the character received a major tweak. From then on, Shaggy was a strict vegetarian! Not something a younger viewer might notice, but a news-watching meat avoider would take great pleasure in the move.

« ‘The Crown’ Jewels Have Been Stolen!
“Dear John”: The Wartime Letters That Inflict the Deepest Wounds »