Wheel of Fortune Facts That Distract Us From Obvious Contestant Mistakes

Like many television shows today, Wheel of Fortune has amassed a huge social media following that’s quite vocal when they’re not happy. In one recent instance, Twitter fans were furious with some Wheel of Fortune contestants after they missed a seemingly obvious answer. The board read “Another Feather _n Yo_r _a_.” Many fans at home immediately recognized the phrase to be “Another Feather In Your Cap.”

i have never wanted to scream this loudly in my life pic.twitter.com/XNqe3R1UAj

These contestants didn’t catch on as quickly as the viewers at home, and guessed basically every other answer under the sun. This was definitely a cringe moment on the show, but luckily we have found some interesting Wheel of Fortune moments to make you forget about this blunder.

Vanna White is known for her ongoing career as the hostess of Wheel of Fortune – a job that she has been doing since 1982. In 1996, Vanna tried her hand at singing and released a Christmas album titled Santa’s Last Ride. The album is only available on CD, not digital streaming platforms.

2. Pat Sajak and Vanna White used to sneak off and drink margaritas 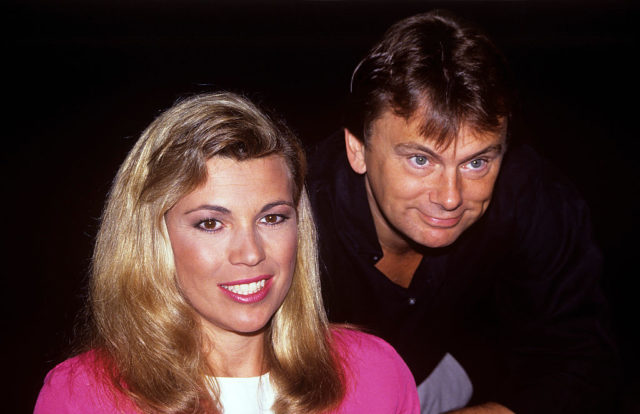 This has got to be one of our favorite facts of all time. In the 1980s, the show took so long to film that hosts Pat Sajak and Vanna White would sneak off to a nearby restaurant on their breaks and drink “two or three or six margaritas” and then come back to do the last shows. Pat revealed that Vanna and himself were often drunk in the 1980s while doing the last shows, and would have trouble recognizing the alphabet. 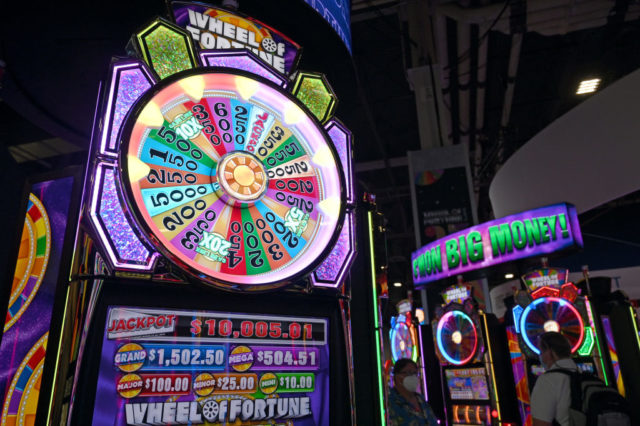 “Wheel of Fortune” slot machines are displayed at the IGT booth during the 2021 Global Gaming Expo at the Sands Expo and Convention Center on October 05, 2021 in Las Vegas, Nevada. (Photo Credit: David Becker/Getty Images)

This fact isn’t about America’s Wheel of Fortune but it is too funny to not include in this list. In a notable outtake on the UK’s version of show, a man spun the wheel in the wrong direction, which caused the gears to break. Filming had to be shut down for the rest of the day.

Although we started this article by talking about a recent Wheel of Fortune fail, there is another noteworthy fail that happened in 2017. The board read “A Streetcar Na_ed Desire.” The obvious answer is to ask for the letter “M,” as the correct answer was “A Streetcar Named Desire,” after the 1951 Marlon Brando and Vivien Leigh movie. However, this dirty-minded contestant asked for the letter “K,” thinking the correct answer was “A Streetcar Naked Desire.” We can’t make this stuff up! 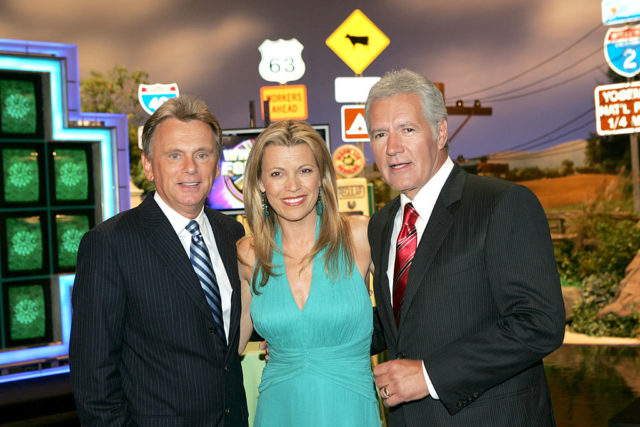 Alex Trebek and Pat Sajak pulled off one of the most iconic April Fools’ Day pranks ever. In 1997, the two traded places. Alex Trebek hosted Wheel of Fortune, while Pat Sajak hosted Jeopardy! On the Wheel episode, Pat’s wife, Lesly, acted as Alex’s cohost while Vanna White and Pat Sajak played contestants. 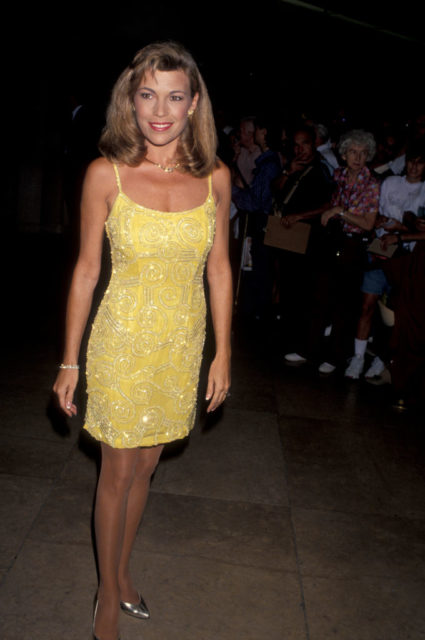 It must be hard to not laugh at some of these contestant fails, and yet Vanna White is always a professional when it comes to her job. To celebrate the show’s 6,000th episode in 2014, Vanna was asked about her favorite contestant fail. In the 1990s, the answer to one puzzle was “Gone with the Wind,” but the contestant answered, “Done with one hand.” We will let you figure that one out on your own, but this answer did make Vanna White crack up on television! 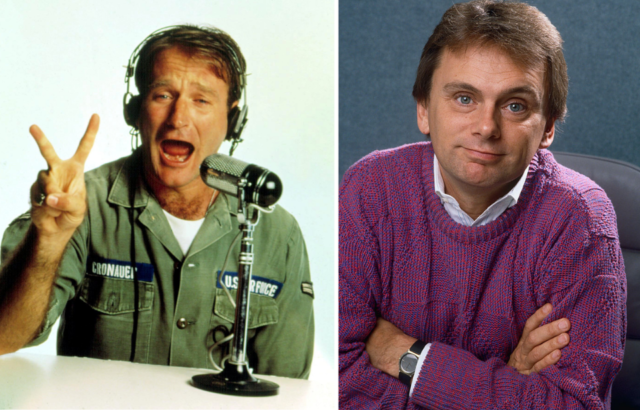 More from us: Get In A Spin Over These Vanna White Facts

Before becoming the host of Wheel of Fortune, Pat Sajak served in the U.S. Army during the Vietnam War. He took over for the “Good Morning Vietnam” radio host Adrian Cronauer, famously portrayed by Robin Williams in 1987. He followed Cronauer’s tradition, and signed onto each broadcast by saying “Good Morning Vietnam!”