July 20, 1973, seemed to start like any other day for martial arts expert and film star Bruce Lee. However, by the end of the day, Lee was dead at only 32-years-old. Since the day he died, people have questioned the circumstances surrounding Bruce Lee’s death. How could a young, in-shape martial arts expert drop dead from taking a headache medication? Or was something more sinister at play?

Backtrack two months to May 1973 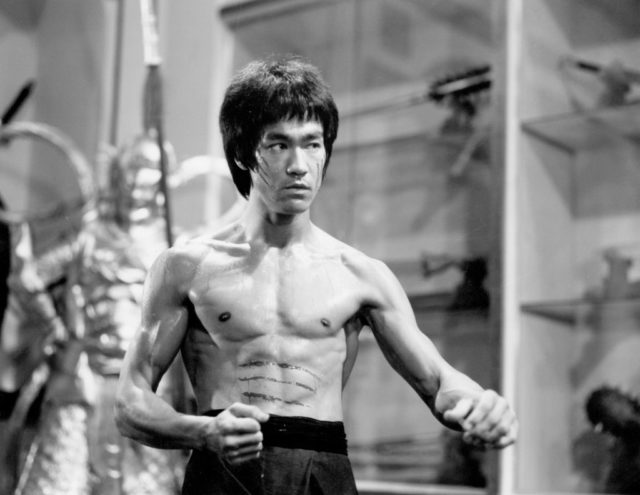 To understand Bruce Lee’s cause of death, we must first look back to the events at play in May 1973. Although Lee appeared in American movies and television shows throughout the 1960s, he decided to return to China in the early 1970s in search of better acting roles.

On May 10, 1973, Lee collapsed in Hong Kong during an automated dialogue replacement session for his movie, Enter the Dragon. He was rushed to Hong Kong Baptist Hospital, where he complained of a terrible headache and suffered multiple seizures. 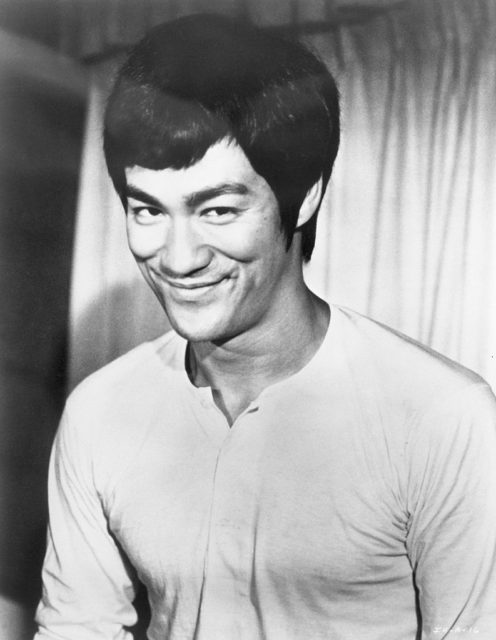 Physicians realized that Lee was showing the symptoms of cerebral edema. Cerebral edema is an excess accumulation of fluid in the brain, which causes swelling and extreme pain. Doctors at the hospital were able to treat Lee immediately with Mannitol to reduce the brain swelling.

After Lee’s condition was stabilized, he remained in the hospital for a few days before being released. After his discharge, Lee maintained his strict fitness and diet regime. Other than complaining of the occasional headache, Bruce Lee seemed to be recovering well and gave no indication that his friends and family should be worried about his health. 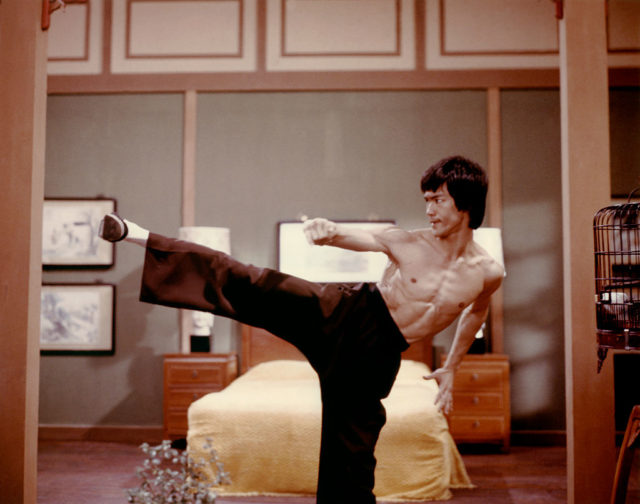 Bruce Lee on the set of Enter The dragon, circa 1973. (Photo Credit: Sunset Boulevard/ Getty Images)

Friday, July 20, 1973, was just a typical day for Bruce Lee. That morning, he met with Australian actor George Lazenby to offer him a role in his upcoming film, Game of Death. Lazenby had portrayed James Bond in the 1969 movie, On Her Majesty’s Secret Service.

Lee had already shot the majority of the film’s ending, so his goal was to come up with a way to work Lazenby into the storyline.

After he met with Lazenby, Bruce Lee swung by the office of producer Raymond Chow. Lee told Chow that he wanted George Lazenby to be involved in Game of Death, so Chow suggested they all go out for dinner that evening to formalize a deal. Soon after, Bruce Lee decided to go and meet up with actress Betty Ting Pei at her apartment for a “nooner.” It was later revealed that Betty Ting Pei was Lee’s mistress.

Betty and Bruce were alone together for a few hours. According to Betty Ting Pei, there was some sex and some hash, but no alcohol or hard drugs. In fact, Bruce just seemed to be excited about Game of Death. Lee was supposed to return to Chow’s office in the afternoon to work out an offer for George Lazenby but remained at Betty Ting Pei’s apartment all afternoon. 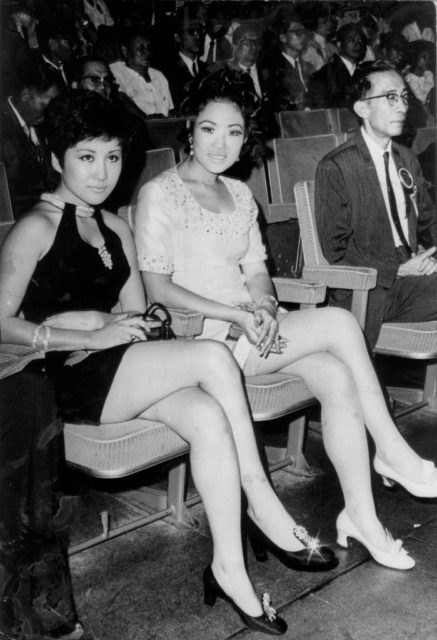 Around 6 p.m. on July 20, Raymond Chow arrived at Betty’s apartment. When he arrived at the apartment, Chow recalled that Lee didn’t feel very good. However, his ill health was chalked up to the heat. That day, temperatures reached 90°F, and the humidity was at 84%, making July 20 the hottest day of the month.

Nonetheless, Bruce Lee was still excited about Game of Death when Chow arrived at Betty’s apartment, performing scene after scene for Raymond and Betty. “He was always very active,” Raymond recalled. “In telling the story, he acted out the whole thing. So, that probably made him a little tired and thirsty. After a few sips [of water] he seemed to be a little dizzy.”

By 7:30, shortly before they were set to go to dinner to meet Lazenby, Lee started complaining about a headache. In response, Betty gave Lee one of her Equagesic pills – a common painkiller that contained aspirin and a tranquilizer known as meprobamate. Lee had taken Equagesic before for his headaches, so it was not his first time taking the painkiller. 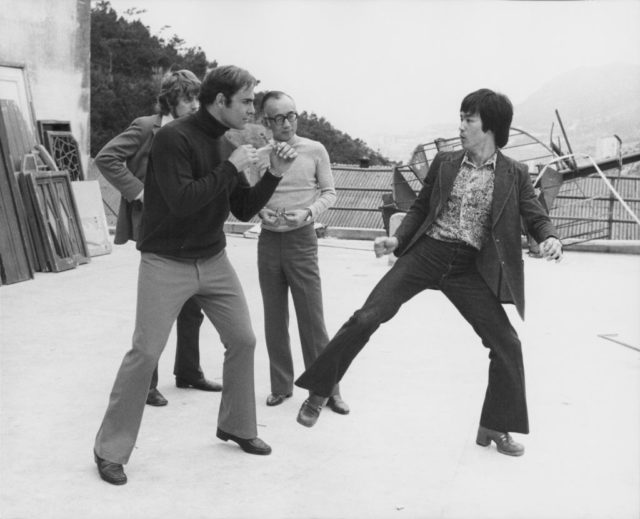 After this, Lee went to Betty’s bedroom to lie down. Chow went to the bar to meet George Lazenby. After a few hours, Betty attempted to wake Lee up and found him unresponsive. She called Raymond Chow at the restaurant. He immediately left to check on Bruce back at Betty’s apartment. Neither were able to get Lee back to consciousness, so he was sent by ambulance to a nearby hospital.

By the time Lee arrived at the hospital, he was already dead. Doctors continued to work on Lee’s body before declaring his time of death as 11:30 p.m. To avoid scandal, Raymond Chow told the press that Lee had collapsed at home with his wife Linda. His body was brought from Betty’s apartment to Queen Elizabeth Hospital, which was 25 minutes away, rather than Baptist Hospital, which was much closer. Presumably, this decision was made to avoid any additional scandal. 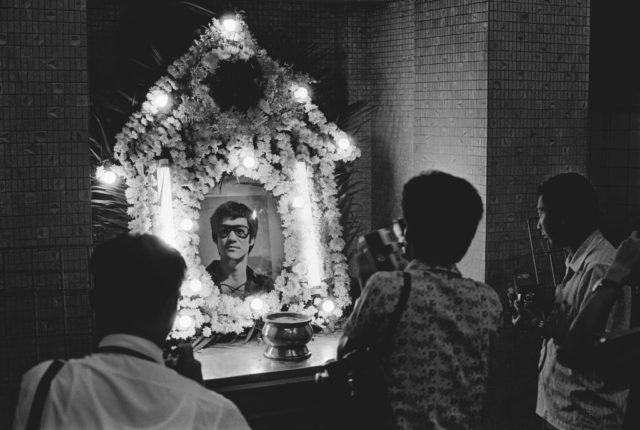 There was no sign of any external injuries on Bruce Lee. As such, an autopsy was ordered and performed, which revealed Bruce Lee’s cause of death was severe brain swelling. The fluid caused Lee’s brain size to increase by 13%.

By 1973, many celebrities had passed away from drug complications. Perhaps the public was unwilling to accept that another young celebrity who was in such good physical shape had also succumbed to drug misuse. Conspiracy theories began to circulate in the days, months, and years after Bruce Lee’s death. 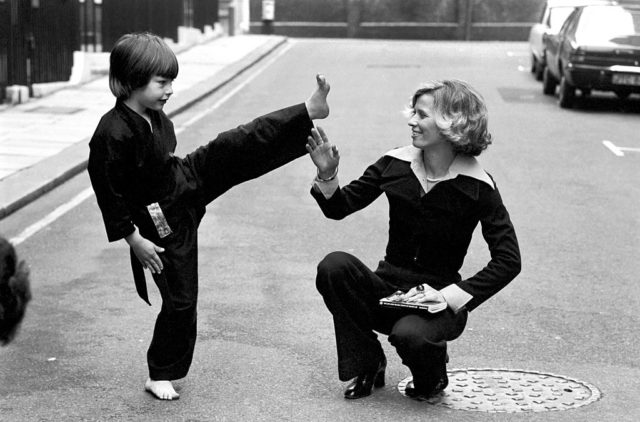 Linda Lee, the widow of the late Bruce Lee, in London, 1975, to promote her book, “Bruce Lee, The Man Only I Knew”. 6-year-old Justin Bailey giving Linda Lee a Kung Fu kick on her arrival. 75- (Photo Credit: Mirrorpix/ Getty Images)

Raymond Chow had told the press that Lee was at home with his wife in his garden when he’d collapsed. It took only three days for the media to figure out that Lee had been taken by ambulance from Betty Ting Pei’s apartment.

Immediately after this news broke, conspiracy theories surrounded the actress. People blamed Ting for Lee’s death, stating that she had poisoned Lee on purpose because he had ended their affair and she wanted revenge. Betty Ting Pei was attacked in the media, which resulted in severe implications in her real life.

In 1983, Ting summed it up in an interview, saying, “I know what people were thinking about Bruce and me, and this made me live a nightmare for the past ten years. I think this is unfair, not only to me but also to Bruce because he was already dead.” Ting received death threats and was forced to shoulder the blame of responsibility for Bruce Lee’s death.

Other conspiracy theories state that Ting worked for some secret society that wanted Lee dead. One theory claimed that Lee refused to pay Hong Kong triads for protection money on his film sets so they had him killed. Another theory suggests that Chinese gangs had Ting kill Lee because his films were threatening the dominance of Mandarin-language films. And yet another claims that the Italian or American mafia killed Lee. 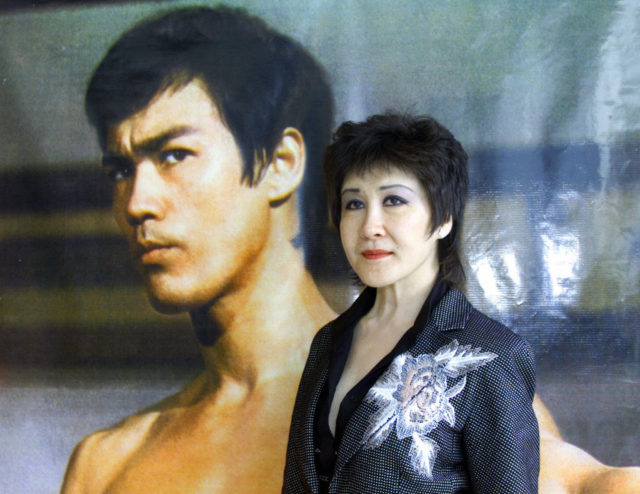 Raymond Chow also came under fire, as many people thought he wanted Lee dead to make more money. Conspiracy theorists claim that with Lee gone, Chow would have full control of their production company, Concord, and own the rights to all of Lee’s most famous films. These theorists also claim that Chow could capitalize on Bruce Lee’s death to sell more movies and make more money.

Although there is absolutely nothing connecting Raymond Chow to Lee’s death, it is worth noting that Lee’s movie Enter The Dragon was released only one month after Bruce Lee’s death. This movie earned over 400 times its budget, making it one of the most profitable movies of all time. It is also widely regarded as one of the greatest martial arts films ever made. Similarly, Chow ended up releasing Game of Death nearly five years after Lee’s death and used real footage from Bruce Lee’s funeral in the final cut.

It is important to emphasize that these theories are essentially all just rumors. Bruce Lee’s official cause of death continues to be cerebral edema, but one theory does tend to hold more weight than others – the idea that Bruce Lee’s family is cursed. 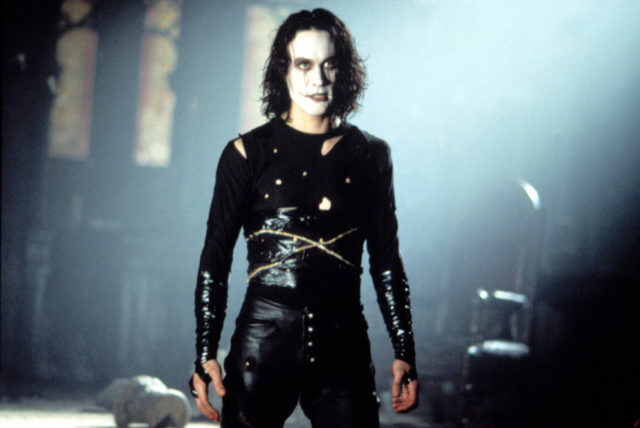 Political and royal families often tend to have curses associated with them. Many people believe the best way to explain these mysterious deaths is by a curse. Take the Kennedy family ‘curse,‘ for example. Kennedys keep dying in mysterious and tragic ways. Many Bruce Lee supporters argue that the Lee family is also cursed.

Nearly two decades after Bruce Lee’s death, his only son also died under mysterious circumstances. Lee’s son Brandon decided to follow in his father’s footsteps as both an actor and martial artist. In 1992, 28-year-old Brandon Lee was playing Eric Draven in The Crow. Tragically, in a freak accident, Brandon Lee was shot on set when a prop gun that wasn’t meant to be loaded fired a round into his stomach.

Brandon Lee’s death was ruled an accident, and he was buried beside his father at Seattle’s Lake View Cemetery. After this tragic death, rumors began to circulate that the Lees were also cursed.