When renovations began on the fountain dedicated to former 19th-century mayor Pierre David in Verviers, Belgium, workers had no idea they would stumble upon a grisly relic that turned an old legend into reality.

For centuries, people have wondered if the rumors were true – was there really something gruesome hidden in the fountain? In August of 2020, this question was answered. 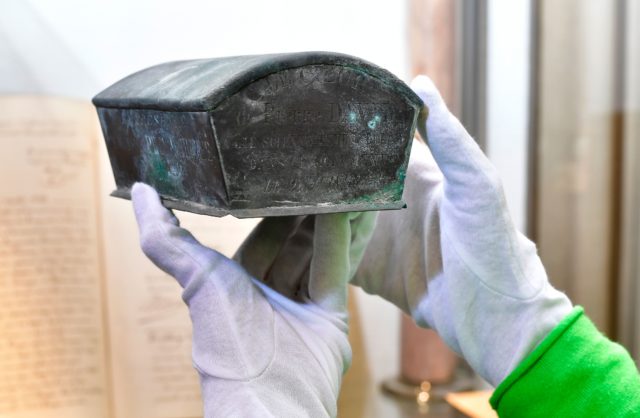 An ornate fountain in Verviers, eastern Belgium, has given up an object it held for more than a century (Photo Credit: JOHN THYS/AFP / Getty Images)

Located in the upper part of the fountain behind the bust of Pierre David, workers discovered a hollow stone with something hidden inside. They found a small zinc casket, in impeccable condition, with David’s name etched on the side.

So what’s in the box?

Encased inside the small zinc casket is Pierre David’s heart. Following his death, members of the community wanted to pay tribute to the city’s first mayor. They decided a fountain was a suitable monument, but it would take 40 years for enough funds to be collected to build it. 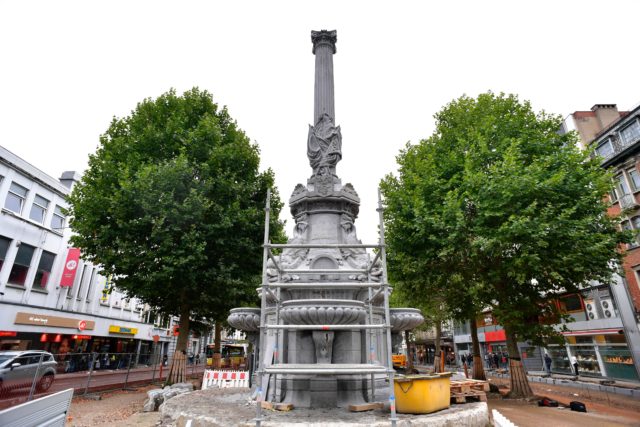 The ornate fountain is covered with scaffolding during renovation, in center of Verviers on September 3, 2020 (Photo Credit: JOHN THYS/AFP / Getty Images)

The plan was to place David’s heart within the fountain where it would be commemorated forever. With the permission of his family, a small team of medical professionals removed his heart from his corpse and embalmed it in alcohol. However, between his death in 1839 and the erection of the fountain in 1883, David’s heart remained in storage at the town hall.

Upon the discovery of the casket, Maxime Degey, the Verviers Alderman for Public Works, said “an urban legend has become reality: the casket was in the upper part of the fountain, right near the bust of Pierre David, behind a stone which we had removed during the fountain’s renovation.”

The mayor of honor 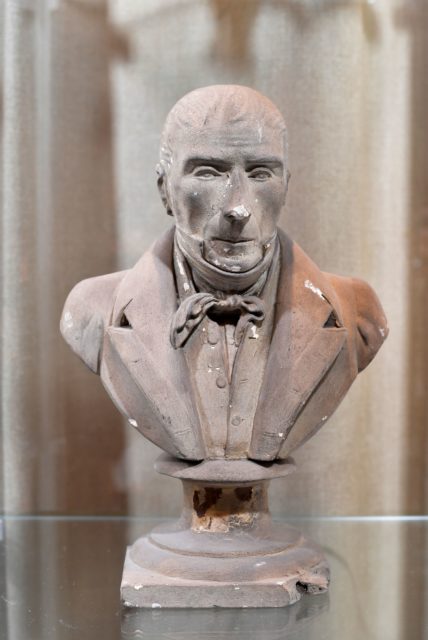 A bust of Mayor Pierre David is pictured at the city’s Museum of Fine Arts on September 3, 2020, in Vervier. (Photo Credit: JOHN THYS/AFP / Getty Images)

Pierre David was a highly respected mayor in the city of Verviers, as he saw the city through decades of tumultuous times. In 1795, the province of Liège, where Verviers is located, was annexed to France and entered into a period of severe poverty. Between 1800 and 1808, David served as mayor of Verviers while under French rule. Notably, he established a fire brigade in 1802 which was highly innovative for his time. Following the Battle of Waterloo in 1815, the city of Verviers began to prosper once again in the newly formed Kingdom of the Netherlands.

In 1830, the city of Brussels experienced a riotous uprising which marked the beginning of the Belgian Revolution. The revolution caused major destruction to Verniers, and in that same year, David was re-elected as mayor and tasked with restoring the city. Near the end of his tenure, David established a secondary school and a low-cost housing initiative. He became known as the man who brought stability and prosperity to the city after a long period of turmoil and unrest. 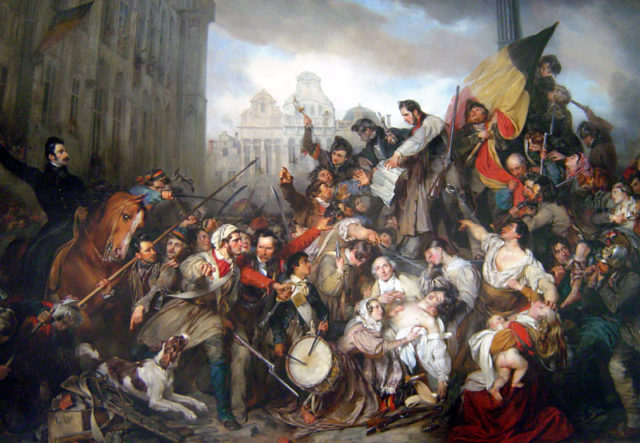 His death came to him in the form of an accident. While working on his hayloft, in 1839, he fell. At age 68, the distinguished mayor had died. He was widely respected by his community and it is no surprise that they wanted to dedicate a monument to him following his untimely death.

More from us: Site where Crusader King Richard the Lionheart Defeated Saladin Found at Last

Returning the heart to its resting place

The heart was removed from the fountain and was added to an exhibition at the Museum of Fine Arts dedicated to Pierre David. However, it did not stay on display, as officials returned the relic back to its original resting place in the monument dedicated to its owner once renovations were completed.