Bodies Surface Amid Dropping Water Levels at Lake Mead – Is There a Mob Connection?

A third set of remains have surfaced in Lake Mead, which is currently suffering the effects of a 22-year megadrought that’s been impacting the southwestern portion of the United States. The body was located in the Boulder Beach area of Boulder City, Nevada on July 25, 2022 by beachgoers, who contacted the National Park Service (NPS). 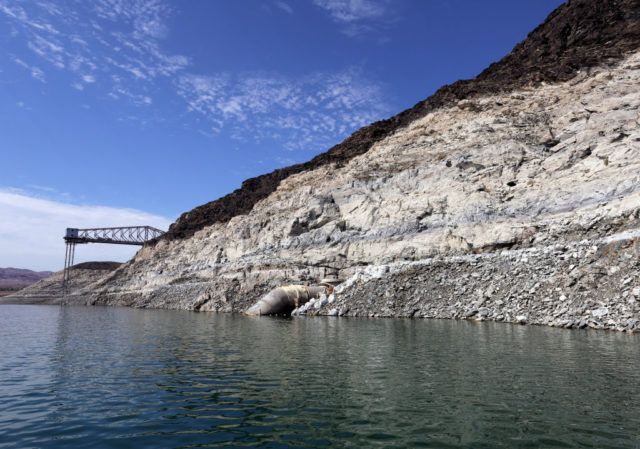 Water levels at Lake Mead are at an all-time low, as drought conditions continue in the southwestern portion of the United States. (Photo Credit: Ethan Miller / Getty Images)

While rangers won’t say how long they think the remains were submerged in the water, Clark County Coroner Melanie Rouse has told media that the body was encased in mud. The individual’s gender and cause of death are also unknown at this time, with police looking into missing persons records in an attempt to identify them.

Authorities are still looking to identify the remains of a man whose body was found in a rusted barrel in the Hemenway Harbor area on May 1, 2022. They also have yet to uncover the identity of the person whose bones were found in Callville Bay six days later, near the Hemenway Harbor boat ramp.

On July 6, the body of 22-year-old Lily Kristine, of Boulder City, was found in the water near where she went missing on June 30, 2022. She and a male companion were riding a jet ski, without life jackets, when she fell into the water and became lost. 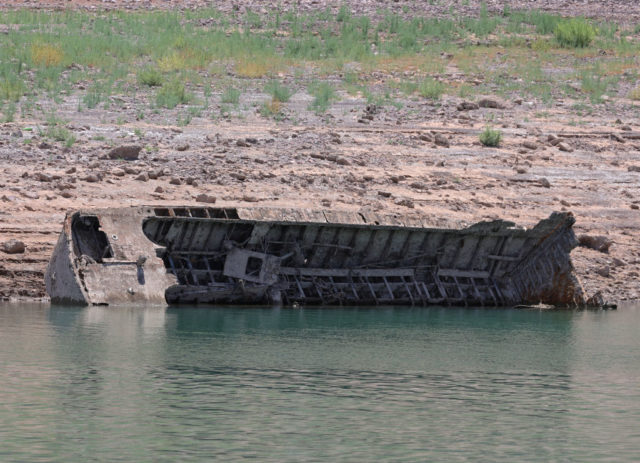 Human remains aren’t the only things to emerge from the shrinking waters of Lake Mead. In early July 2022, a World War II-era Higgins boat – officially known as a landing craft, vehicle, personnel (LCVP) – became two-third exposed, less than a mile from the Lake Mead Marina and Hemenway Harbor. The vessel’s existence had been known for decades, with the first survey being conducted in 2006.

At the time, it was approximately 185 feet below the water’s surface.

The southwestern United States is currently experiencing a severe drought. As water levels in the Colorado River Reservoir (better known as Lake Mead) have shrunk, human remains have begun to surface along the shore. This has led some to speculate about a possible connection between the deceased individuals and the area’s mob past. 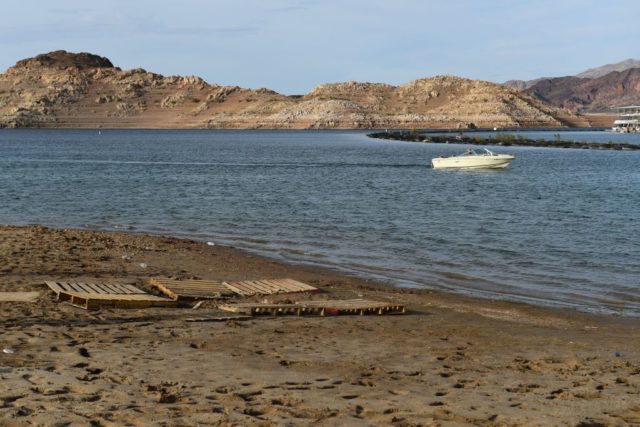 Lake Mead is located just a 30-minute drive from the Las Vegas strip, which was founded by some of the mob’s biggest names, including Benjamin “Bugsy” Siegel. The reservoir is part of a system that provides water to over 40 million people in Wyoming, Nevada, Utah, New Mexico, Arizona, Colorado and California.

Due to climate change, its levels have dropped more than 170 feet since 1983, according to a report by the Associated Press. At present, it’s down to around 30 percent capacity. 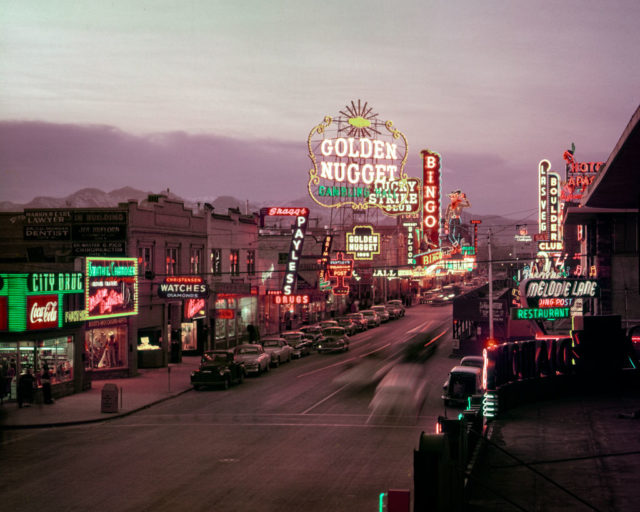 Over the weekend of May 1, 2022, boaters spotted a rusted barrel stuck in the mud along Lake Mead. After examining it, they found it contained skeletal remains, prompting them to contact the National Park Service, who alerted Las Vegas police.

While the body has not yet been identified, investigators and the Las Vegas Coroner have been able to surmise a few facts, including that the individual was male. He was killed by a gunshot, and his shoes and clothing indicate he was murdered between the early 1970s and early ’80s. His body was placed in the barrel after death, after which it was dumped hundreds of meters off what would have been the reservoir’s original shoreline.

Since the discovery was publicized, numerous tips have been called in as to his possible identity. 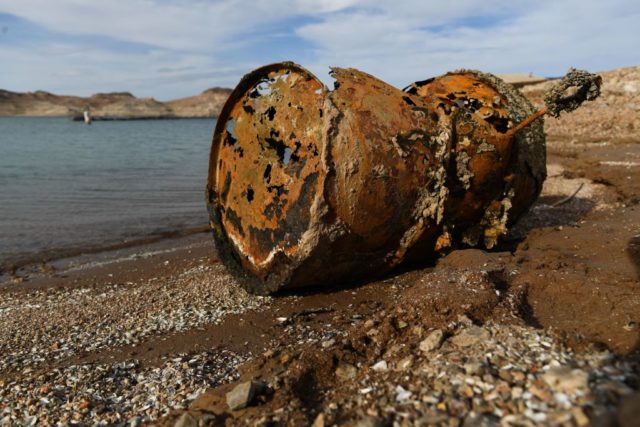 Just a few days after the first barrel was discovered, a second was found by a news crew covering the case. It was located several hundred feet away, near the Hemenway Harbor boat ramp. Local police were alerted and it was found to be empty.

That wasn’t, however, the end of the discoveries. A few days after the second barrel was found, two sisters paddle boarding on the lake discovered bones lying on the sand bar, over nine miles from where the barrels once sat. They were initially believed to belong to a bighorn sheep, which is native to the area, but a closer look revealed a human jaw with teeth still attached. 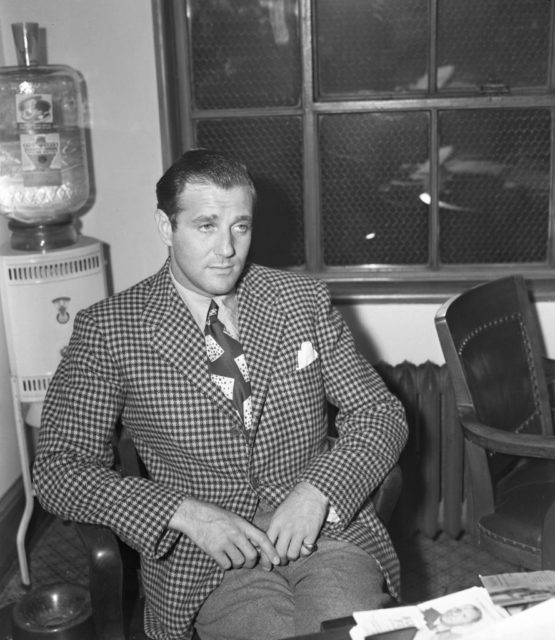 Bugsy Siegel was among the most prominent mob figures to set up shop along the Las Vegas strip. (Photo Credit: Bettmann Archive / Getty Images)

The discovery of the remains has brought about speculation that the deceased may be related to Las Vegas’ history of organized crime. Speaking with the Associated Press, Michael Green, a history professor at the University of Nevada, said:

“If the lake goes down much farther, it’s very possible we’re going to have some interesting things surface. I wouldn’t bet my mortgage that we’re going to solve who killed Bugsy Siegel, but I would be willing to bet there are going to be a few more bodies.”

The mob’s connection to the Las Vegas area dates back nearly 100 years, with the first big players being Bugsy Siegel and Meyer Lansky. They and other big names ran many of the strip’s hotels and casinos, which helped fuel their continued wealth. Their business dealings also meant they gained enemies in rival mob organizations. 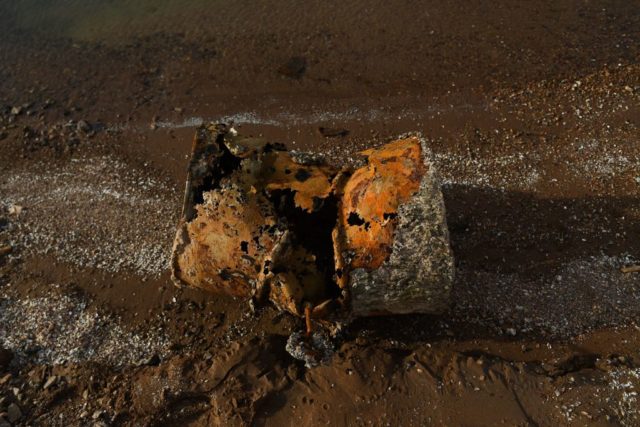 A rusted barrel located near where the one containing human remains was discovered on May 1, 2022. (Photo Credit: PATRICK T. FALLON / AFP / Getty Images)

More from us: The Controversial History of the McDonald’s Happy Meal

There is currently no end in sight to the drought that’s plaguing the southwestern US, meaning there’s a possibility more bodies will surface as Lake Mead’s water levels continue to drop.