When Life Gives you Lemons: The Volkswagen Beetle is Still in Demand Today

If you’ve ever played a game of “punch buggy,” you know just how iconic the Volkswagen Beetle is. The Beetle, also known as the Volkswagen Type 1, was first commissioned in 1938 by Adolf Hitler – who asked Porsche founder Ferdinand Porsche to create an affordable car  – giving it the name Volkswagen which translates to “people’s car.” 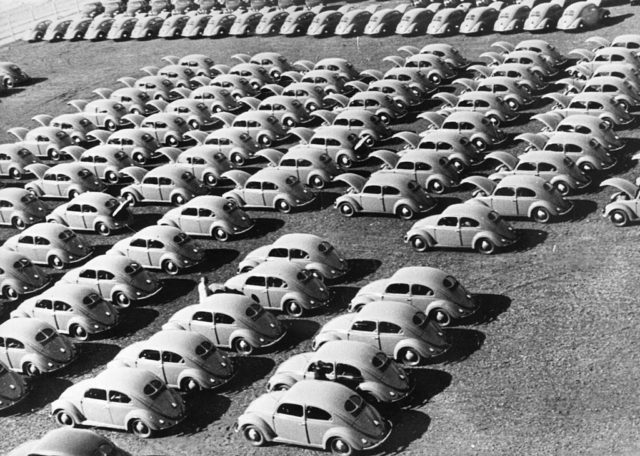 The goal of the Volkswagen Type 1 was for Germans to buy this affordable and practical car that was easy to fix and required minimal upkeep, giving them the ability to tour around new infrastructural innovations like the Autobahn. Following WWII, production of the Beetle continued as international consumers sought affordable everyday vehicles.

The Beetle was extremely popular in North America from 1960 to 1965, but as more modern designs appeared on the market, Volkswagen saw a massive decline in its most popular seller. VW teased Americans with ads like the infamous “Think Small” campaign which featured a Beetle with the headline: “Lemon” – a defective foreign car. 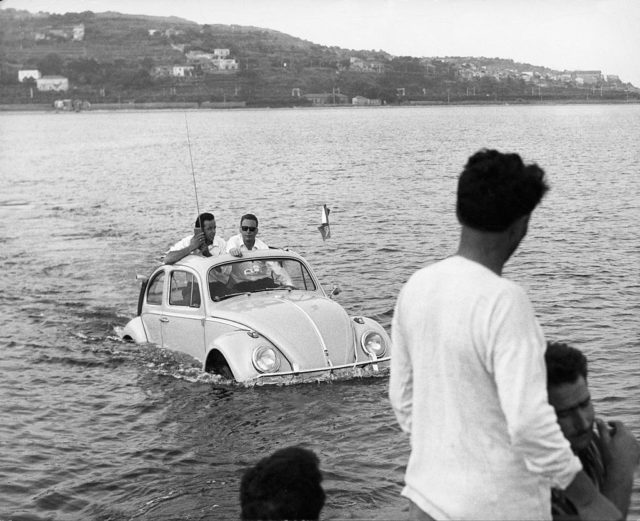 A Beetle arriving in Sicily after crossing The Strait Of Messina. The experience was meant to prove the waterproofness of the small Beetle by Volkswagen. (Photo Credit: Keystone-France/Gamma-Keystone via Getty Images)

Other ads had headlines like “It’s Ugly But It Gets You There” and “If You Run Out of Gas, It’s Easy to Push” also helped Volkswagen gain notoriety with young Americans in the ’60s looking for independence from more traditional makes like Chevrolet or Ford.

Even though sales were declining, the Beetle retained a loyal following of fans. By 1972, Volkswagen announced it had produced Beetle number 15,007,034 – officially surpassing the record for most cars produced held by the Ford Model T. 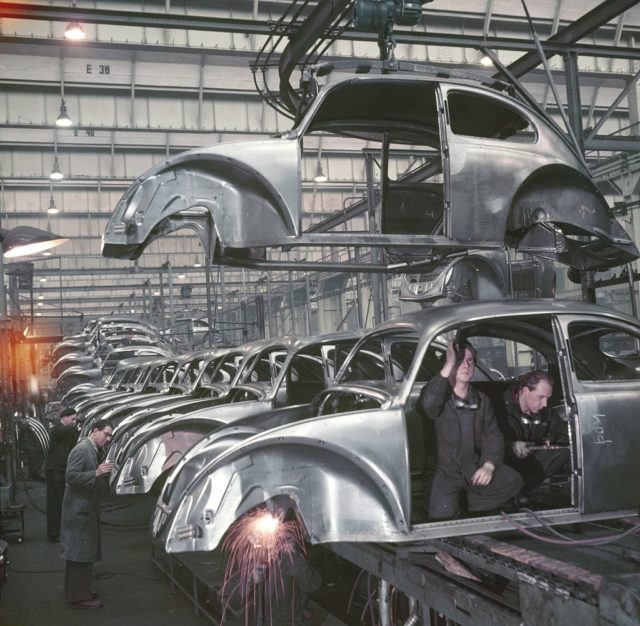 Production of the Volkswagen Beetle at the VW plant in Germany, circa 1952. (Photo Credit: Wolff & Tritschler/ullstein bild via Getty Images)

The first generation of the Beetle Type 1 stayed in production until 2003, but Volkswagen introduced new models in 1997 and 2011 to appeal to a new generation looking to embrace this nostalgic classic.

Original Beetle Type 1’s have become popular in the classic car community. Even the “vintage” models are affordable, have easily sourced parts, easy to fix, and are enjoyable to drive. A recent increase in demand for the air-cooled, rear-engine, rear-wheel-drive has made them harder to find – especially after Volkswagen announced in 2019 that it would be discontinuing the iconic Beetle after 81 years. 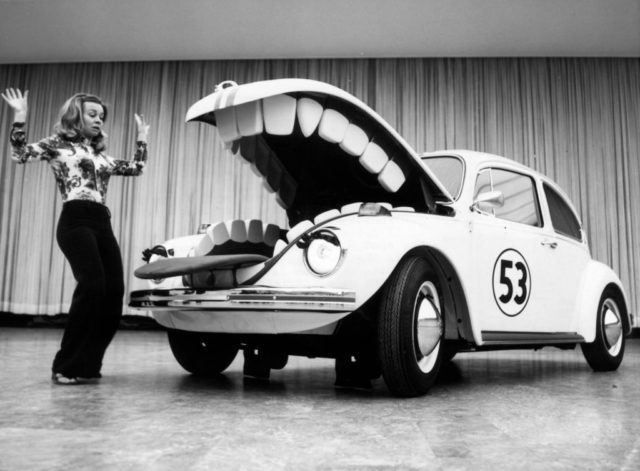 Herbie, the anthropomorphic Volkswagen Beetle featured in the Disney film The Love Bug and its sequels terrorize a young woman at a motor show in Berlin, 1972. (Photo Credit: Keystone/Hulton Archive/Getty Images)

More from us: Get A Glimpse Into the Future With These Flying Cars

Collectors are scooping up vintage Bugs in hopes of fulfilling their nostalgia for this cultural icon of a car. From “Herbie the Love Bug” to cameos in classics like The Shining and Footloose – the Beetle is a symbol of ’60s and ’70s culture akin to tie-dye and lava lamps.