During the First World War, 17-year-old Princess Mary was deeply concerned for the soldiers and sailors. In an effort to lift spirits, she began the Princess Mary Gift Fund in 1914 with the intention of providing a Christmas gift for each and every one of them. This project would not only provide a gift to those serving but also provide employment at home. Ultimately, the project could not be completed alone, and Princess Mary had to look to the public for help with her endeavor. 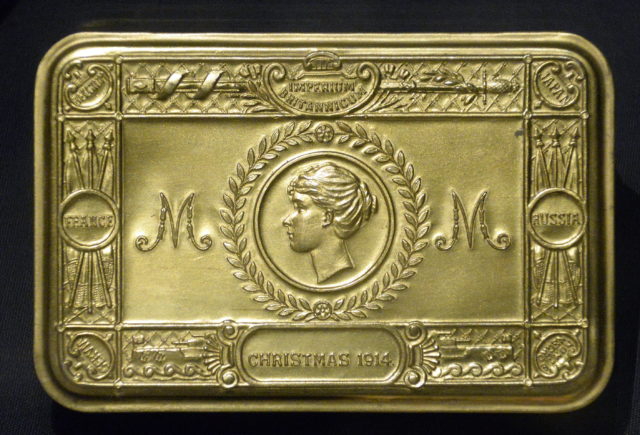 The gifts would come in boxes made of brass and embossed with an image of Princess Mary and other imperial symbols. These boxes contained a variety of items tailored to the recipient. Beyond its contents, the boxes were treasured by those who received them, as they were airtight containers that could hold their other possessions and keep them safe. 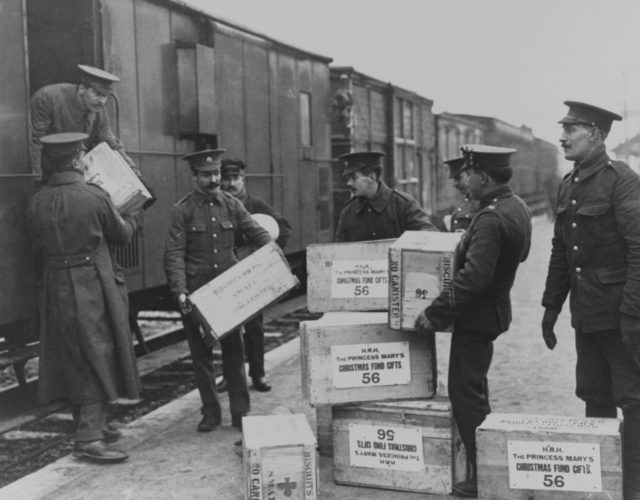 Initially, Princess Mary intended to fund the project with her own private allowance money but soon found this to be impractical. Instead, in order to raise enough money, she issued a personal appeal to the public asking for their help in her mission to send Christmas presents to soldiers serving abroad. This appeal was so touching that the public responded generously.

By October 1914, a considerable amount of money had been raised, and The Sunday Times published a report acknowledging many well-known public figures that had contributed to the Fund. However, the reality is that most of the funding was in the form of small gifts that came from the pockets of ordinary people living in the UK. 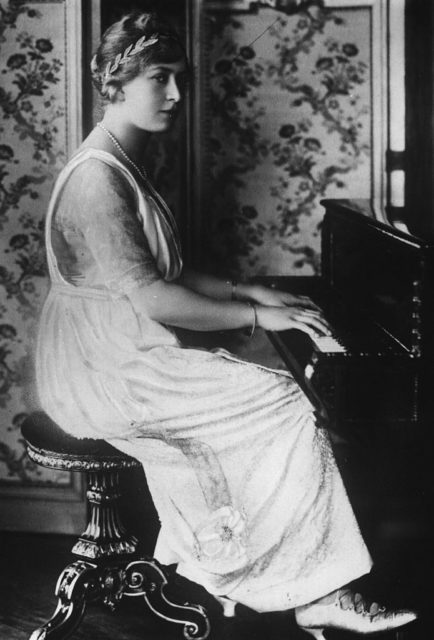 The total money raised amounted to £162,591 12s 5d (approximately £17 million today), which is an impressive sum considering the hardships families were experiencing during the war. This amount of money was actually more than necessary, and the surplus funds were donated to Queen Mary’s Maternity Home which cared for the wives and children of serving soldiers, sailors, and airmen. 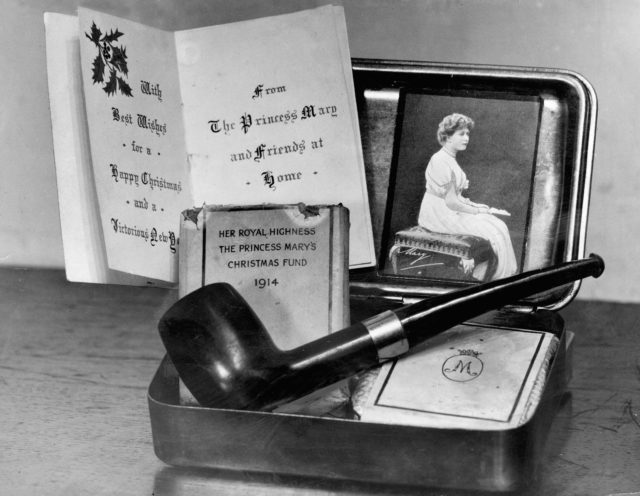 Originally, the Fund was only going to distribute the box to soldiers serving overseas and at sea, but many felt left out. Because of the large number of funds raised, distribution was extended to include those serving at home, abroad, prisoners of war, and the next of kin of casualties. Over a five-year period, approximately 2.6 million boxes were issued.

Two committees were established to decide the contents of the boxes, and the box you received depended on whether you were a smoker, non-smoker, or nurse. However, there were contents that were the same across all the boxes. Everyone received a Christmas card, or later a New Years card, and a photo of Princess Mary in an envelope tucked inside the box.

Smokers received one ounce of pipe tobacco, 20 cigarettes, and a pipe and tinder lighter. Non-smokers received a packet of acid tablets, a khaki writing set that included paper and envelopes, and a bullet pencil which was a metal case fashioned like an unfired cartridge round that housed a small pencil. Both the smoker and non-smoker boxes were considered unacceptable for nurses working on the front, so they received the card and a packet of chocolates.

Surprisingly, the committees not only accounted for the minority groups that were serving in the war, they also recognized their religious restrictions and adjusted the contents of the boxes accordingly. Gurkhas received the same boxes as British troops, but Sikhs were given sugar candy and a small tin box of spices. All other Indian troops were gifted cigarettes, sugar candy, and a small tin of spices. 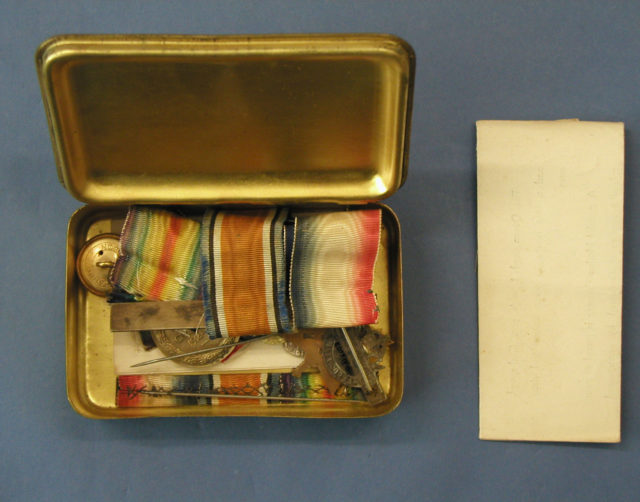 Brass was in short supply during the war as it was largely used to manufacture weapons and munitions. Because of this, brass was being shipped across the Atlantic from the United States. However, in May 1915, the RMS Lusitania was sunk off of the shores of Ireland, carrying with it 45 tons of brass. This put a strain on the manufacturing process.

Tinder lighters were also in short supply during the war. Demand for these lighters was significantly higher than supply, and in the later years of the project, replacements had to be found for the boxes. Items like tobacco pouches, shaving brushes, combs, and purses filled the spot where tinder lighters were meant to be.

Modern reproductions of these boxes are available but are not airtight and are made from thinner brass plates than the originals.