After Five Years The Historic Ringling Bros. Circus Is Back – But With No Animals

The historic Ringling Bros. and Barnum & Bailey Circus is returning five years after announcing its retirement. The revamped circus show is set to return in 2023 with one significant change: there will be no performances featuring animals. 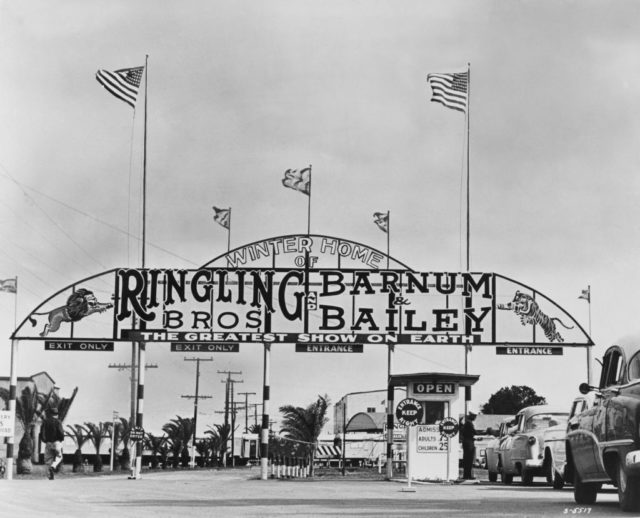 The entrance to the winter quarters of the Ringling Bros. and Barnum & Bailey Circus in Sarasota, Florida, 1955. (Photo Credit: Pictorial Parade / Getty Images)

Before its retirement, the Ringling Bros. and Barnum & Bailey Circus faced major backlash for acts containing elephants, lions and tigers, and the circus faced numerous animal abuse scandals during its original 146-year tenure.

In 1998, a 3-year-old elephant named Kenny died after it was forced to perform in three shows while sick; in 2004, a young lion belonging to the circus died while being transported across the Mojave Desert in a train; and, in 2011, the USDA fined the circus $270,000 after finding numerous violations of animal safety regulations. 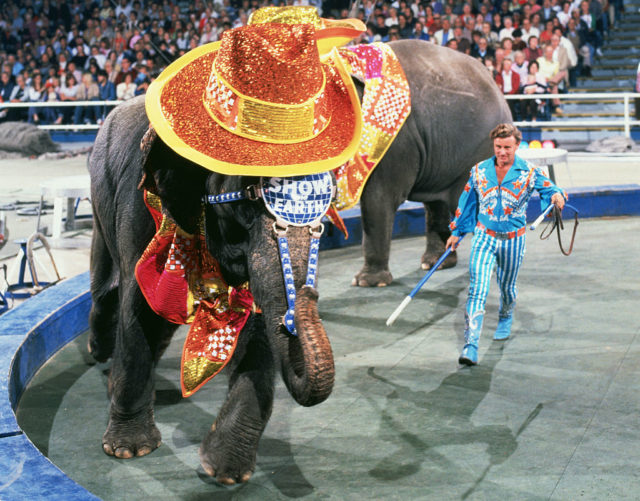 On May 18, 2022, officials from the circus announced the show will be embarking on a 50-city tour, starting in the fall of 2023. Rather than focusing on animal acts, it will center around human feats. Producer Kenneth Feld told The Today show, “That’s the past, and the great thing is that we’ve had a blank piece of paper to reimagine.”

After the announcement was made, PETA Foundation Director of Captive Animal Law Enforcement Rachel Mathews shared her support for the circus’s decision not to use animals in their revamped show. The organization’s statement reads, “Ringling is returning with a bang, transforming the saddest show on Earth into a dazzling display of human ingenuity after 146 years of animal abuse.” 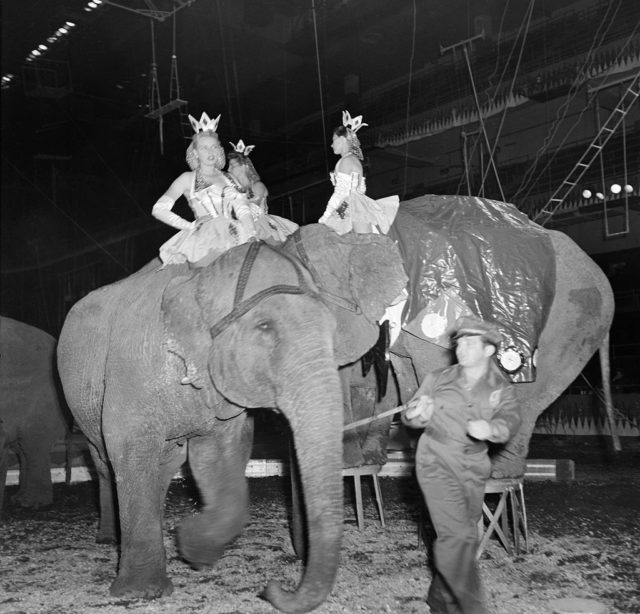 Elephants last appeared in the Ringling Bros. and Barnum & Bailey Circus in 2016, as some American states had banned their use in performances. Along with issues surrounding the circus’ animals, it was expensive to put on each show while ticket sales were dwindling. These issues led to its retirement after 146 years.

More from us: 9 Circus Facts That Perfectly Explain These Unsettling and Eye-Catching Vintage Photos

In the months before the final show in 2017, Ringling Bros. and Barnum & Bailey announced it would ensure the animals were given suitable homes. Organizers also shared that those working with the circus would be transferred to other ongoing shows. For the 2023 tour, producer Juliette Feld Grossman announced organizers had chosen 75 talented performers to entertain audiences.

« What Does It Mean To Be A ‘Friend of Dorothy’?
Johnny Cash Mural Making Headlines Following Perfectly-Aimed Prank »