There are a number of murals across the United States that are dedicated to Johnny Cash, but only one has recently been in the news. Located in Cash’s hometown of Kingsland, Arkansas, the mural, which is painted on the town’s water tower, has sprung a leak in a rather unfortunate place. 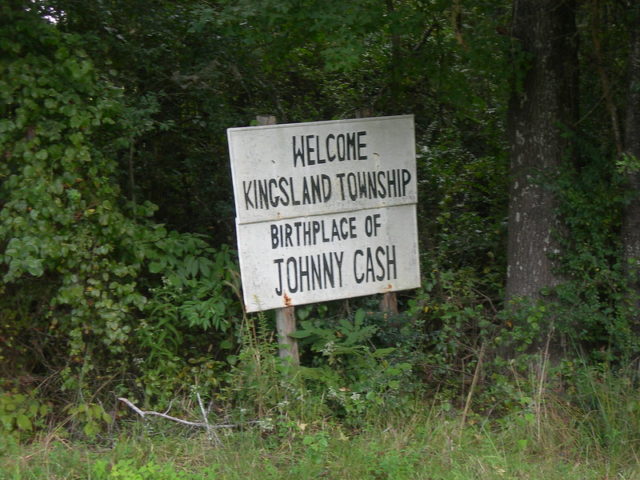 The leak is the result of the actions of 38-year-old Timothy Sled, who fired a weapon at the water tower on May 10, 2022. The shot hit the mural directly where Cash‘s crotch sits and, as such, it now looks as though the musician is urinating over Kingsland.

Sled was arrested and charged with two felony counts – impairing the operation of a vital public utility and criminal mischief. If convicted, he faces up to 16 years in prison.

The mural features a six-foot, two-inch silhouette of Cash holding a bright red guitar. It was painted on the water tower in March 2021, and has been a source of pride for the small town of around 500 residents.

The leak has become somewhat of a tourist attraction, with locals and those from nearby towns stopping by the water tower to catch a glimpse at the rather unfortunate (and, frankly, hilarious) prank. However, while amusing, it is causing the town to lose an estimated 30,000 gallons daily, at a cost of $200 per day.

Before the leak can be repaired, crews need to empty the 50,000-gallon water tower in its entirety. According to Mayor Luke Neal, the cost of repairs will likely be around $5,000. 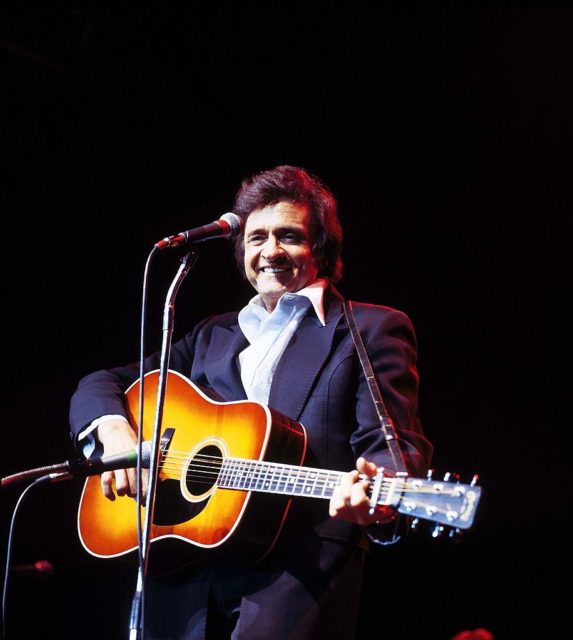 While frustrated over the incident, Neal is also impressed at how precise Sled’s aim was. Speaking with news station THV11, he said, “Just the placement of where it was at I mean it was, you could tell someone was trying to be funny.”

This isn’t the first time the water tower has been shot with a firearm. A similar incident occurred in 1993, decades before the mural was painted.

« After Five Years The Historic Ringling Bros. Circus Is Back – But With No Animals
Casey Kasem’s Death and Burial Cast a Shadow Over the Radio Host’s Storied Career »