Casey Kasem was arguably one of the most famous voices in the United States during the latter half of the 20th century. Hosting American Top 40 from 1970-88 (and again from 1998-2003), and being the first actor to voice Norville “Shaggy” Rogers in the Scooby-Doo cartoon franchise, there wasn’t a person who didn’t know his name.

Sadly, the last years of Kasem’s life were filled with sickness and controversy. After developing Lewy Body Dementia in 2007, his family became embroiled in a lengthy legal battle, which culminated in the radio host’s body being buried in Norway following his death.

In October 2013, Casey Kasem’s daughter, Kerri, announced her father had Parkinson’s Disease, which had been diagnosed six years earlier. Just a few months later, she corrected the diagnosis, saying he was actually suffering from Lewy Body Dementia, which has similar symptoms to Parkinson’s Disease. By the time of his death in June 2014, Kasem’s condition had progressed to the point where he was non-verbal. 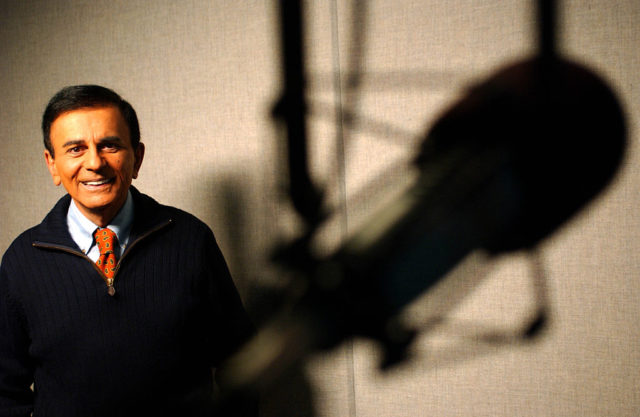 As the months progressed, Kasem’s condition worsened. The radio host’s second wife, Jean Thompson Kasem, subsequently barred the children from his first marriage to Linda Myers to see their ailing father. This culminated in a protest outside the Kasem residence on October 1, 2013, which was attended by the three eldest children, as well as Kasem’s colleagues, friends and brother, Mouner.

Around this time, the children also sought a conservatorship that would allow them control over their father’s care. This was denied by a court in November of that year.

His care was moved to Washington state

Kerri was granted a temporary conservatorship over Casey Kasem on May 12, 2014, five days after Jean had him removed from his nursing home in Santa Monica, California. In court, Jean’s attorney told the judge yhat Kasem was “no longer in the United States.” An investigation was launched into his whereabouts, which determined he was still in the country and had been transferred to a hospital in Washington state. 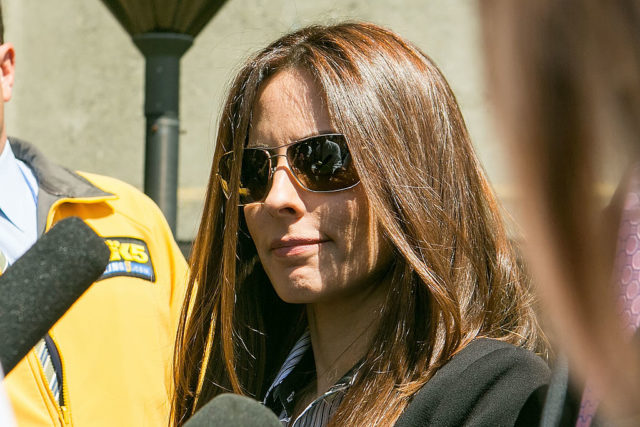 Just under a month later, Kasem was reported to be in critical, but stable condition. He was receiving treatment for high blood pressure and bedsores, as he’d been bedridden for an undisclosed amount of time. To try and cool the tension between the family, a judge ordered that Jean and the children visit Kasem at different times.

After Jean claimed Kasem had been denied food, water and medication, Judge Daniel S. Murphy ordered he be given the necessities of life. This went against what Kerri claimed was her father’s wishes back in 2007, that he didn’t want to be kept alive if it “would result in a mere biological existence, devoid of cognitive function, with no reasonable hope for normal functioning.”

Just a few days later, Judge Murphy reversed his order, against Jean’s objections, after it was learned Kasem’s body was no longer responding to medical intervention. 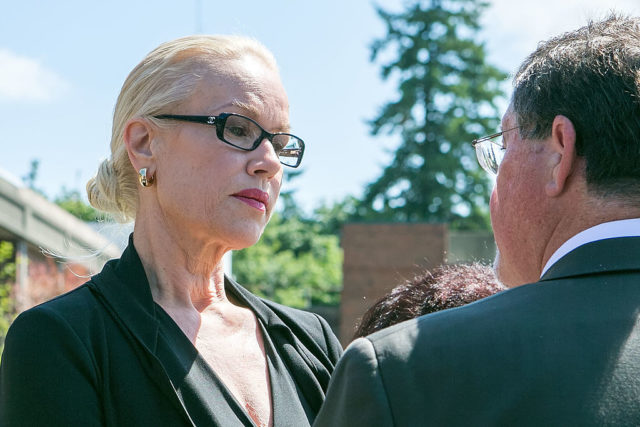 At 3:23 A.M. on the morning of June 15, 2014, Casey Kasem passed away of sepsis at St. Anthony’s Hospital in Gig Harbor, Washington. He was 82 years old. Kerri made the announcement via Facebook, and not long after Kasem’s body was turned over to Jean.

According to Kerri, her father wanted to be buried at Forest Lawn Memorial Park in Glendale, California. She was granted a temporary restraining order on July 19, 2014, which was intended to prevent Jean from cremating Kasem’s body before an autopsy could be performed. What Kerri didn’t know at the time, however, was that Jean had moved Kasem’s body to Montreal, Canada five days prior. 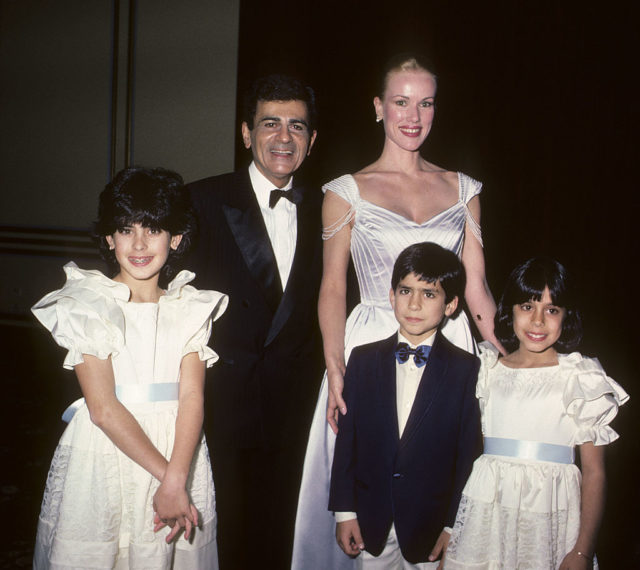 On August 14, 2014, Norwegian newspaper Verdens Gang reported Kasem was to be buried at a cemetery in Oslo, this after Jean had written a letter to the Norwegian government on August 7, 2014. In it, she shared that her late husband “always said that Norway symbolizes peace and looks like heaven and I would like to respectfully fulfill his wishes.”

The widow also shared that she was part Norwegian on her mother’s side and intended to move to the country by the end of 2014. As such, she “would also like to be near my husband’s final resting place so my daughter [Liberty] and I could visit him often.” The validity of her claims of Norwegian heritage has been disputed by her nephew, Herbert Thompson.

Kasem’s children spoke out against the decision to bury him in Oslo, but their request to have his body returned to the US was denied. Speaking about the decision, Oslo Director of Funeral Services Wenche Madsen Eriksson said, “It was a matter of trust [between us and Jean Kasem]. Clearly, we cannot dig up the body again if she doesn’t move to Norway.” 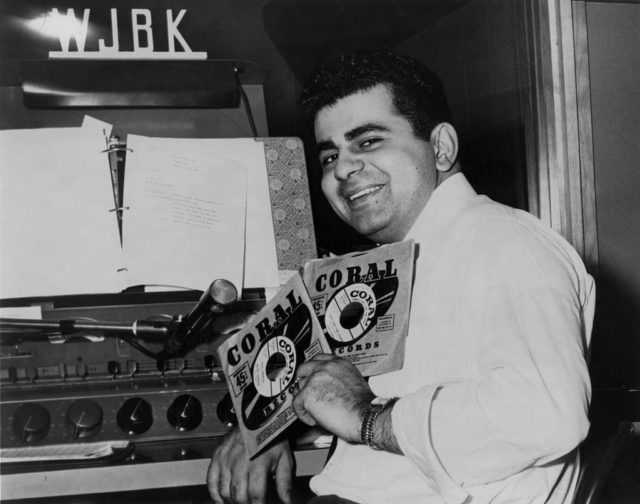 Casey Kasem was interred at Oslo Western Civil Cemetery on December 16, 2014, over six months after his death. Upon hearing the news, Kerri wrote on Facebook:

“This morning my family and I learned that my Dad’s abusive wife Jean Thompson Kasem and their daughter Liberty conned a cemetery in Norway into burying my Dad there. Even with ALL the letters … from my father’s friends and family stating that he wanted to be buried in the UNITED STATES, the country in which he was born and raised, his wishes were, once again, ignored by his unfaithful wife.”

No abuse was uncovered in a subsequent investigation

In November 2015, Kasem’s eldest children and his brother filed a lawsuit against Jean for the radio host’s wrongful death. They alleged elder abuse and that Jean had inflicted emotional distress on the family by not allowing them open access to Kasem prior to his death.

Speaking with The Hollywood Reporter, five of Kasem’s family members claimed Jean had abused him and kept him away from the rest of the family for 34 years. They also alleged she was more concerned with hurting Kasem’s children and family, as opposed to ensuring he was being given the best care possible. 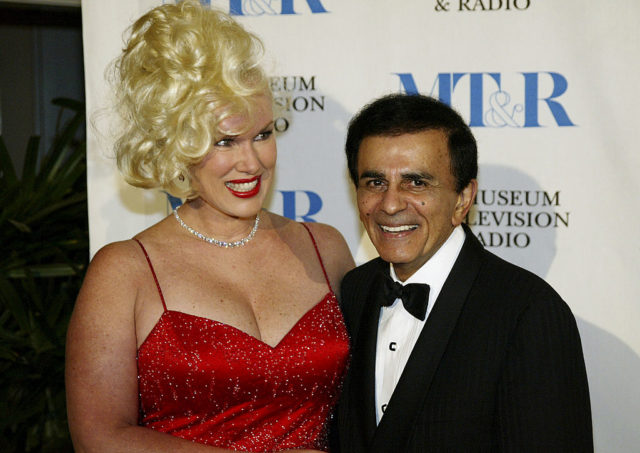 More from us: Here’s Why JFK Kept a Coconut On His Oval Office Desk

A 2018 police investigation, prompted by a private investigator working for Jean, found no evidence of abuse and instead stated Kasem had received the appropriate medical care prior to his death. A year later, the lawsuit was settled.

« Johnny Cash Mural Making Headlines Following Perfectly-Aimed Prank
Did Yoko Ono Brainwash John Lennon Into Getting Back Together With Her? »