Johan de Witt was a powerful and successful political figure in Dutch history. He had an outstanding record of maintaining and even improving the republic’s power during the 17th century, but that is not what he is remembered for. Johan de Witt suffered one of the most brutal and humiliating forms of punishment and execution. He was lynched, dismembered, and possibly eaten by his opponents. Despite his nearly lifelong commitment to serving the Dutch Republic, his stringent political views would slowly catch up with him and lead to his horrific downfall. 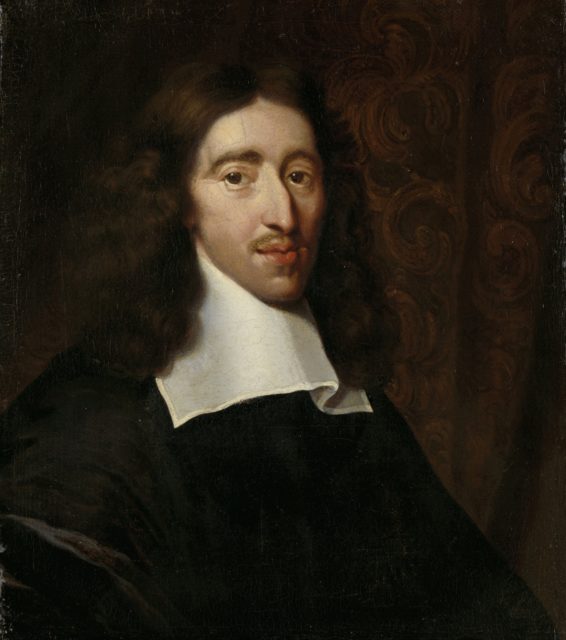 Johan de Witt was born into a politically prestigious family. His father served as burgomaster of his hometown of Dordrecht for six terms and also sat for the town in the States of Holland. He raised his children with the same political ideologies that he himself believed in, the strongest and most notable opinion being a strong opposition to the power of the House of Orange. Johan adopted this same opposition to the House of Orange and maintained it throughout his entire political career.

Growing up, de Witt was extremely bright. He had a particular knack for mathematics and actually wrote one of the first textbooks for what we now know as analytic geometry. He was eloquent and wise, and by the time he had entered the world of politics officially, he had a keen business ability that earned him the spot as the Grand Pensionary of the Dutch Republic at the young age of 28.

The young de Witt earned his political position at the height of the “Dutch Golden Age,” when the republic was one of the most powerful and influential forces in Europe. It was during this time that the nation was at war with both the English and the French, but de Witt’s sharp thinking helped produce a series of treaties with his opponents and ultimately pinned the two great enemies against one another. He also did everything he could to prevent the Prince of Orange from obtaining any kind of political power. This continued opposition against the House of Orange would prove to be de Witt’s downfall.

De Witt consolidated Dutch power in the East Indies, controlling Asian routes of commerce through the Dutch East India Company. He applied his intelligence and mathematical knowledge to help guide the nation through important business ventures that brought continued prosperity to the Dutch Republic.

The surprise invasion of the French 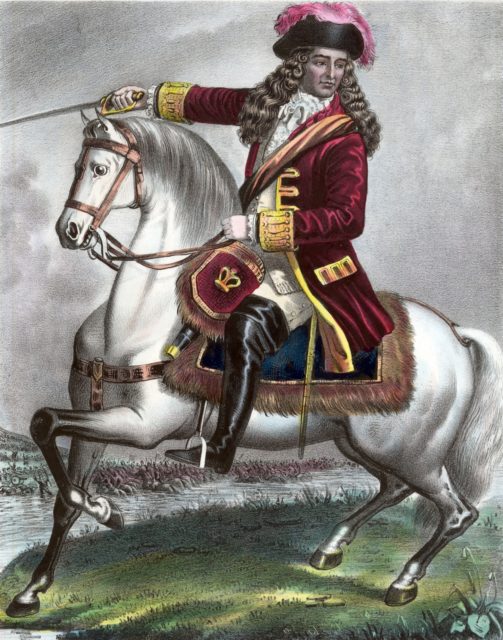 In 1672, Louis XIV of France suddenly declared war against the Dutch Republic and began to invade. The English took advantage of this opportunity and joined in as well. Because de Witt had focused his energy on bolstering the naval and commercial powers of the Dutch Republic, the military’s ground forces were sparse and left vulnerable to attack. The Dutch suffered many casualties resulting from this invasion and de Witt was the man held responsible for the fall of the Dutch strength.

This failure had caused the population to believe de Witt’s authority and power were waning. They had, of course, kept him in power for almost 20 years, but they believed the invasion was proof enough that he was no longer fit to serve as Grand Pensionary. Not surprisingly, William III, Prince of the House of Orange, saw the opportunity to oppose de Witt and ran with it. He convinced the population that he was a strong leader who would be far more successful in defending the Dutch against their enemies. He wanted to prove to the Dutch that de Witt’s insistence on keeping the House of Orange out of power was the reason for his political failure. He began to regain the people’s trust in the House of Orange. His campaign was successful, and de Witt resigned from his position.

Murdered and torn to pieces 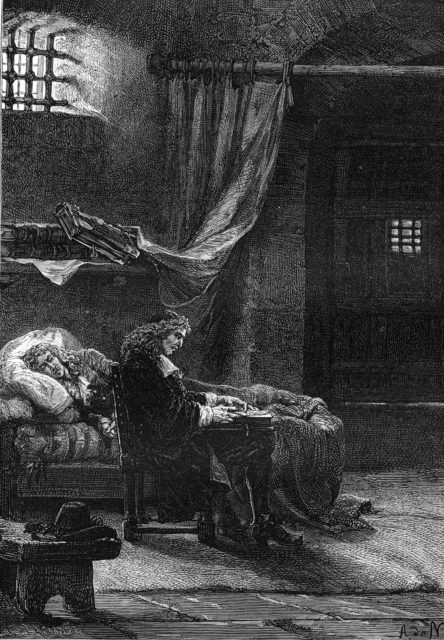 Johan and Cornelis de Witt. In 1672, the Seven United Provinces was attacked by England, France (under Louis XIV) and a number of other foreign powers. Johan de Witt, then Grand Pensioner of Holland, was deposed during Franco- Dutch war and lynched. (Photo Credit: Culture Club / Getty Images)

In a display of his new power, William III had de Witt’s brother, Cornelis, arrested on a charge of conspiring against the Prince. He was imprisoned at the Gevangenport at The Hague, subject to torture, and was sentenced to deprivation of offices and banishment. Feeling awful for his brother, de Witt visited him at The Hague in a gesture of family support. 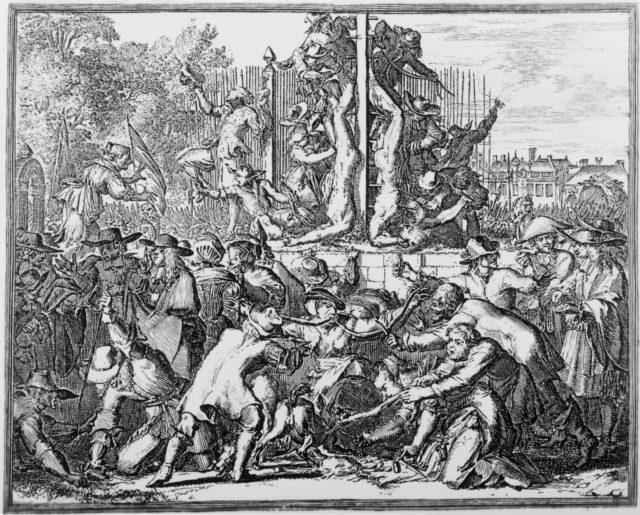 Word had gotten out that de Witt intended to visit his brother, and a crowd gathered outside of The Hague that same day. The crowd was so angry with de Witt that they burst through the doors in an ambush and seized the two brothers. They were dragged into the streets, their clothes ripped off, and they were hung from their feet at the city’s gibbet. There, they were lynched. Their bodies were torn limb from limb, every little piece of flesh and bone was collected and sold around the city. Ears, noses, fingers, and genitals were cut from their bodies and auctioned off. Some of their limbs were put proudly on display in various pubs. Legend says that their remains were even eaten by the mob.

More from us: We Wish This 130-Year-Old Scandal About a Jameson Whiskey Heir Had Stayed Hidden

Some of the body parts of Johan and Cornelis still survive today and are on display in a little glass coffin at The Hague. A tongue and the bone of a finger are some of the remains you can still see there today.

« Fascinating Facts About Elvis Presley, the King of Rock and Roll
Ronald Reagan Approved Dennis Wilson’s Burial At Sea Because He was a Big Fan of The Beach Boys »