When you picture George Washington, you likely envision a double-breasted suit jacket, matching breeches, linen cravat, and a beautifully crafted white hairdo. Most of us can recall that iconic curly coif in an instant – if not, simply open your wallet and take a look at a dollar bill – but the story behind Washington’s hair might surprise you.

Did Washington wear a wig?

Washington kept his hair styled in a low ponytail, (then called a queue), accented by teased sides, a wide forehead, and a black silk ribbon tying it all together. While the majority of men who wore this style used wigs, Washington’s was au naturel – minus that greyish-white color. Older paintings of Washington actually show his natural hair color was a reddish-brown, which means his snow-white locks were likely achieved with wig powder. 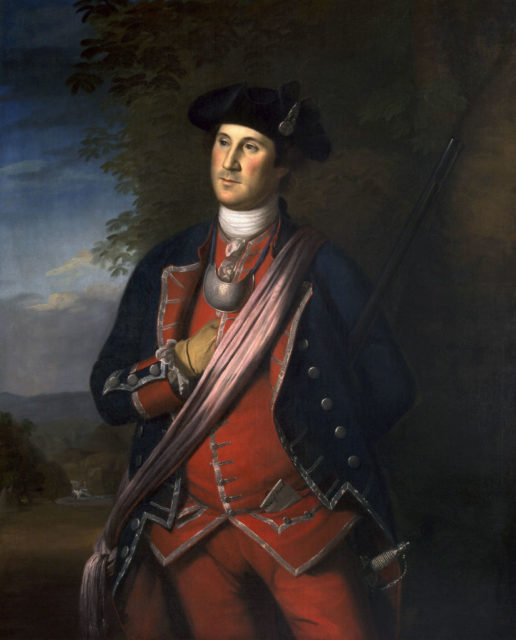 Usually, history remembers 18th-century hairstyles as the white, curly, ornate look made famous by King Louis XVI, Mozart, and even Washington’s successors John Adams and Thomas Jefferson. However, at the time that Washington was sporting the powdered wig look it was already coming out of style and was seen as a more practical and traditional style. In fact, the “queue” styled at the nape of the neck was a standard military hairstyle equivalent to today’s buzz cut.

The Washingtons used style in politics

Unlike those who chose to wear an already styled wig over their natural hair, Washington’s hair would have taken much longer to style each day. The dedication to his appearance was a trait that Washington shared with his wife Martha, who also had a love of fine fashion and thoughtfully crafted hair. Early on in their marriage, George and Martha Washington chose to support American-made designers and merchants to show their support for the revolution. 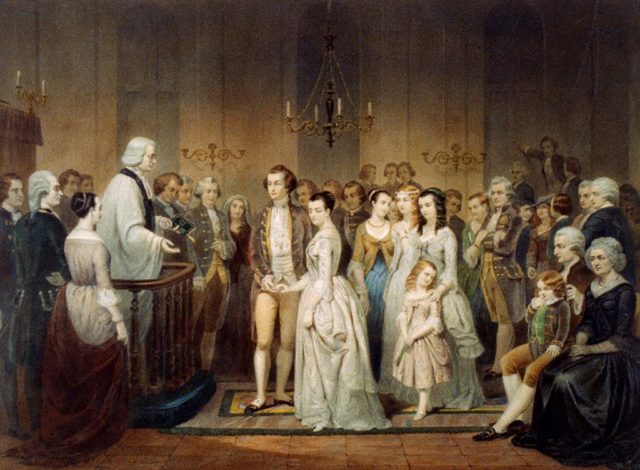 The look of a President

As for George Washington, the early years of his adulthood were often spent in military uniform. Once elected as the first president of the United States, Washington had to decide what the ultimate appearance of an American president would look like. At his first inauguration in 1789, Washington donned a brown broadcloth suit made in Hartford, Connecticut, adorned with buttons featuring an eagle. 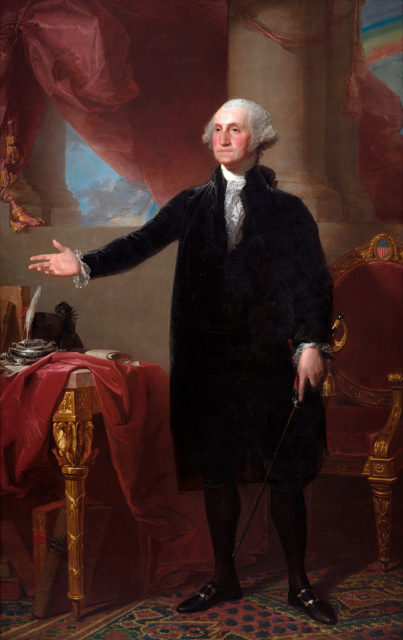 The Lansdowne Portrait of George Washington on the occasion of his second term as President by Gilbert Stuart, 1796. (Photo Credit: VCG Wilson/Corbis via Getty Images)

His ensemble represented a complex, modest, hard-working, and of-the-people man who was chosen to lead a dream of a new country that many fought and died to see realized. Later on, a painting from Washington’s second term as President shows him in a more formal black suit, which reflected the importance of his station.

It is clear that George Washington understood the impact clothing and appearance could have on one’s public image in the 18th century. Carefully crafting a look that denotes wealth and sophistication, but also a humble nature that’s needed to be a successful president, all went into what would become his signature style – especially when it came to Washington’s hair!

How Washington styled his hair

To achieve his iconic ‘do, Washington’s shoulder-length hair would be pulled tightly around the head and secured in a braid or ponytail in the back. The sides of the hair could be curled or teased outward, placing maximum importance on the forehead – a very trendy look at the time. The tresses would be locked into place with pomade or even the natural oils on the scalp. 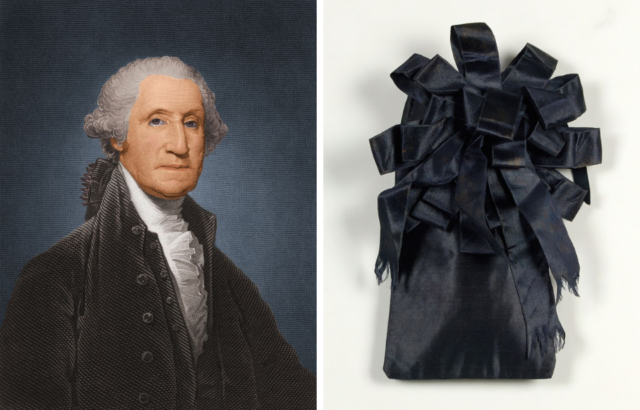 His hair would be colored white with wig powder, which could sometimes be an issue in terms of making it look like a snowy day on your shoulders or ruining a lady’s dress while you dance.

Luckily, small silk pouches could be tied around the long hair at the back of the head to contain any powdery locks that could dispense powder everywhere. Despite the mess, powdered hair kept any unwelcomed smells at bay – since frequent bathing wasn’t the norm.

Beyond the hair: Washington’s hygiene

While Washington’s hair was his own, his teeth were not so lucky. Most people believe the myth that Washington wore wooden dentures, but they were likely made from human and animal teeth. Some of Washington’s dentures included his own pulled teeth, teeth pulled from other humans, and even cow and horse teeth filed down to size! But the discolored teeth often looked like wood – his hair was probably whiter than his pearly whites! 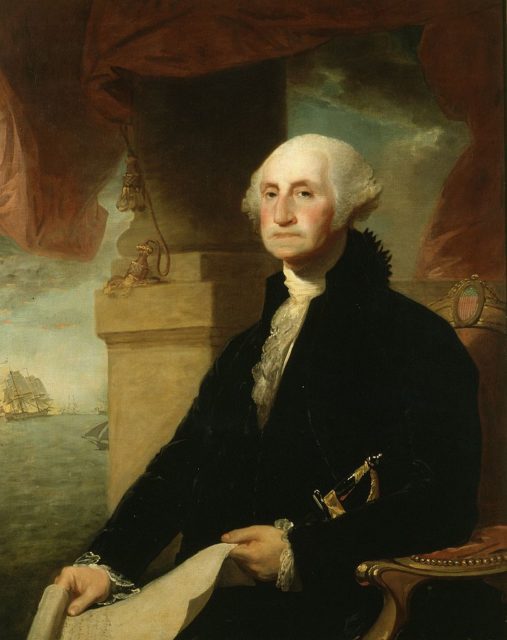 By the time he was 24, Washington began suffering from horrible dental problems. At 57, he was wearing a full set of dentures made from artificial lead frames. The dentures weren’t held into place with anything. Instead, a spring would force the top of the dentures up as Washington opened his mouth. This meant that to keep his mouth closed, Washington must have been in a lot of pain gritting his teeth together.

Ultimately, George Washington’s style reflects a hardworking patriot who didn’t hide behind extravagance but instead used his appearance to carefully craft the image of what an American president should embody: humility, sophistication, and (of course) a perfectly powdered updo.

« Who Was Mae Capone, the Wife Of Mobster Al Capone?
Unexpected Facts About the Iconic Hollywood Sign »