Who Was Mae Capone, the Wife Of Mobster Al Capone?

Mae Capone was your typical 20th-century Irish-American woman. Her marriage to the FBI’s top most wanted criminal was unlikely, but their marriage was long and prosperous, and she was a caring and loving wife until her death. 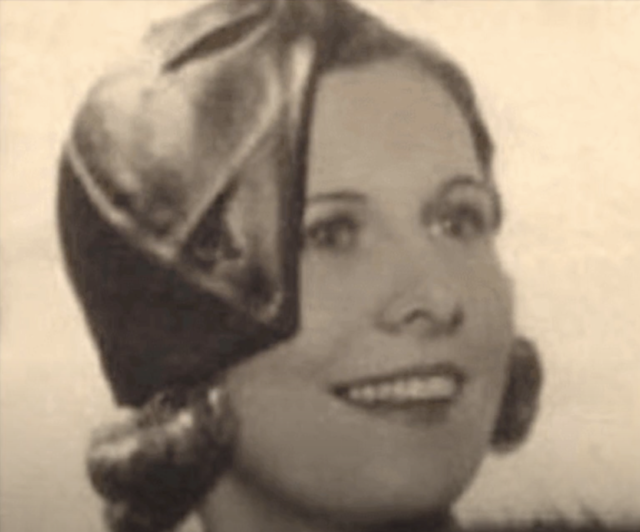 Mary “Mae” Josephine Coughlin was born on April 11, 1897, in Brooklyn, New York. Her parents were Irish immigrants who moved to America a decade before her birth to start a new life. Raised near an Italian neighborhood, Mae was no stranger to the Italian community in New York. She had a large family, with three sisters and two brothers who were all raised in a staunchly religious, Irish-Catholic household.

Growing up, Mae was bright and studious, did well in school, and she was also ambitious and hard-working. After her father died of a heart attack when she was only 16 years old, however, Mae had to drop out of school in order to find a job to help support her family. She wound up landing a gig at a box factory. Little did she know she would meet the man who would soon become her husband, Alphonso  “Al” Capone, at that same factory. The two would connect years later, and theirs would become a prudent Irishwoman/Italian street punk true love story. 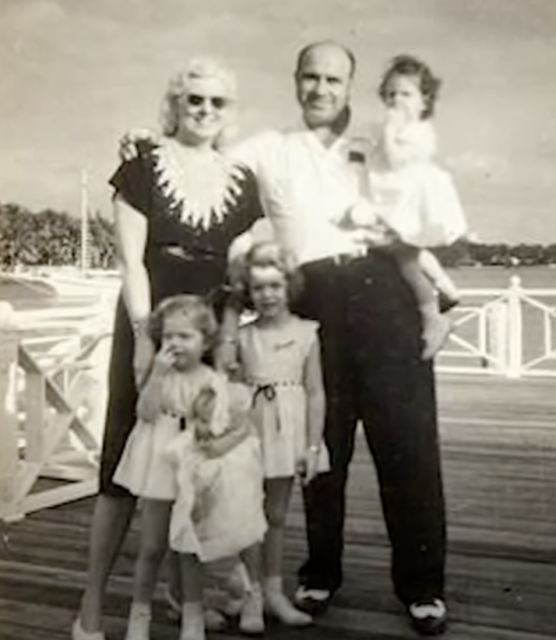 Regardless of her being two years older than him, Mae and Al hit it off immediately. How the two exactly met is unclear, but some say they met at a party in Carroll Gardens, while others say Al’s mother, who knew Mae from church, organized the courtship. Either way, their relationship took off quickly. Al had easily charmed Mae’s family, and Mae was quickly accepted into the Capone family despite Irish-Italian relations in New York, likely because it helped smooth out those rough gang rivalries.

Early on, Mae had become pregnant out of wedlock, but this did not seem to bother either family. Three weeks after giving birth to their son, Albert Francis “Sonny” Capone, Mae and Al tied the knot at their church, St. Mary Star of the Sea in Brooklyn in 1918. Perhaps embarrassed by the age gap, Mae ensured their marriage license read that they were both 20 years old at the time of their wedding.

Many believed that Mae was “marrying down” by marrying Al, and that he was “marrying up.” This was because Mae was brighter and more educated than her husband, and he was well underway with his less legitimate side businesses.

Al Capone may have given Mae syphilis 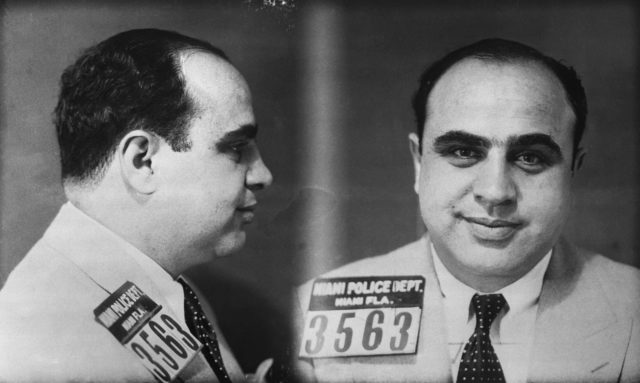 Although Al truly did love Mae, he was a known philanderer. While working as a bouncer for mob boss James “Big Jim” Colosimo, he had a tendency of sleeping around. After sleeping with one of the many prostitutes there, Al contracted syphilis. Rumor speculates that he actually transmitted that syphilis to his family.

Their child Sonny was prone to infections, likely from the syphilis, and at an early age he developed mastoiditis, requiring a risky brain surgery that left him partially deaf. It is believed that Mae may have also contracted syphilis from her husband, as the two never had any more children following the birth of their first son. The disease likely caused Mae to experience stillbirths or miscarriages.

She embarrassed her husband 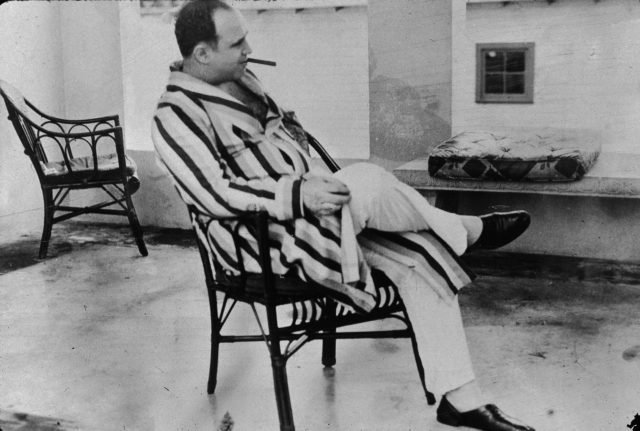 During their marriage, Mae was well aware of Al’s underground businesses. She was the kind of wife to stay up late making food for her husband and his ‘colleagues’ in the wee hours of the morning, and there is no doubt that she overheard the conversations being had around the table. But Mae was a devoted wife to her husband, and never said a word.

Mae was okay with the bootlegging and murdering, but what she wasn’t okay with was Al’s constant cheating. It really wasn’t a secret that he was a philanderer, but when he caught syphilis, he wouldn’t seek any treatment because it would mean he’d have to admit to his illicit affairs. This would ultimately be his downfall, but before that, Mae is rumored to have made her stance on the matter clear.

One of Al’s mistresses was a 15-year-old girl with blonde hair. It was three years into their marriage, and Mae had had quite enough. In a report by Chicago magazine, Mae was described as having bleached her hair blonde to match that of Al’s mistress in an “I know what you’re doing” response. In doing so, she quietly embarrassed her husband in front of his entire family. Unfortunately, there is no concrete proof behind this rumor.

Mae fought off the press after Al Capone got nabbed 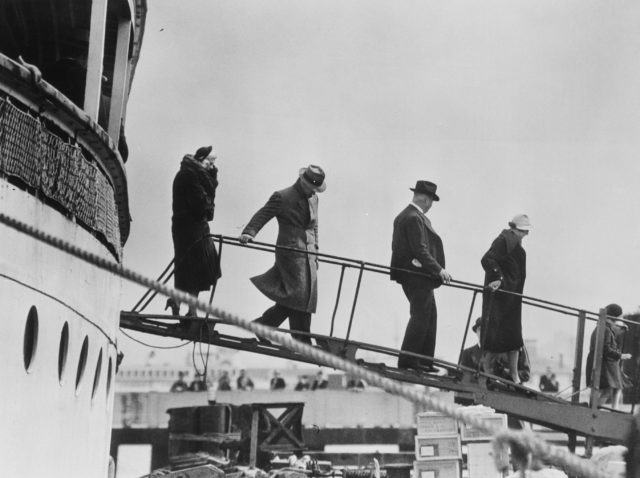 Al was finally arrested for tax evasion and was convicted to 11 years in federal prison in 1931. “Scarface,” as he was known, was sent to Alcatraz. While incarcerated, his physical and mental health took a rapid decline. When she visited him in prison, Mae was hounded by the press, who would question her about her husband’s health. Her response? “Yes, he is going to get well. He is suffering from dejection and a broken spirit, aggravated by intense nervousness.” She never let on that his organs were decaying from the inside due to syphilis.

After seven years of good behavior, Al was granted early release from prison, but he wasn’t the same man as when he entered. The syphilis had eroded his brain. By this point, he was left with the mental capacity of a 12-year-old. But always a devoted wife, Mae took Al back into her care and stayed by his side as they navigated this new challenge in their lives. 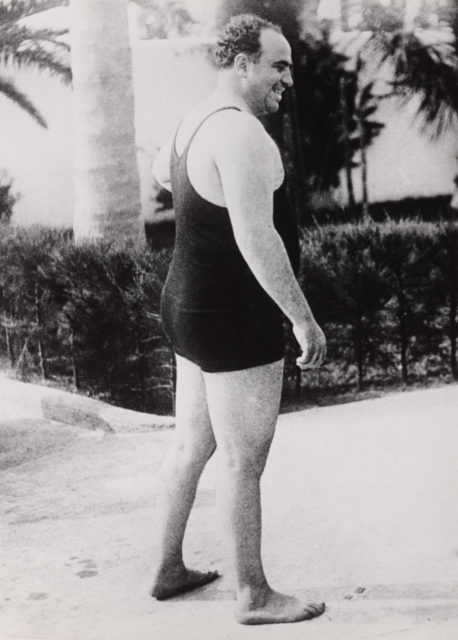 Mae took extra special care of her husband following his release. The mob had restructured since his incarceration, and granted him a weekly allowance of $600 per week to stay quiet. But Al was now prone to blabbering to himself and speaking to invisible guests at their home. It became very important for Mae to protect her husband from the press, as being out in public was now dangerous for her husband. Should he say something he shouldn’t have, old friends might have had to pay him a visit and silence him for good.

Toward the end of Al’s life, Mae ensured he received the best medical treatment possible. He was actually one of the first people to receive penicillin for his illness in the early 1940s. Unfortunately, it was far too late for him, and knowing the inevitable was coming, Mae began to take precautions. She approached her parish priest to administer his last rites, and shortly after, on January 25, 1947, Al died of cardiac arrest.

What happened to Mae after Al Capone died? 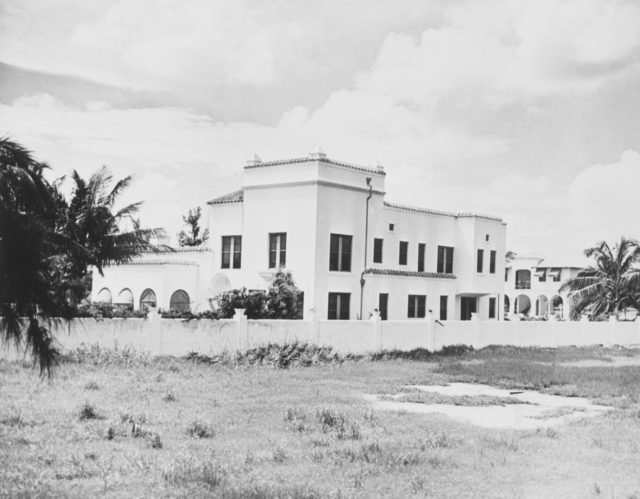 Al Capone, American gangster (1899-1947), circa 1930s. Newspaper caption: ‘The man who was once America’s public enemy number one, ‘Scarface’ Al Capone, is in the news again. After nearly eight years in Alcatraz Prison for the evasion of income tax, Capone was removed to Baltimore hospital. And now he has gone to his new home, a small suburban house in Baltimore’. (Photo Credit: Daily Herald Archive / National Science & Media Museum / SSPL / Getty Images)

After the death of her husband, Mae grieved. Later in life, she became a loving and devoted grandmother, but she always seemed lonely. Her granddaughter once said, “it’s as if the house died when he did. Even though she lived to be eighty-nine… something in her died when he did.” In their home, she never ascended to the second floor again and instead slept in a different bedroom on the first floor, never took meals in the dining room, and eventually sold the property.

More from us: What’s In A Name? How Mobsters Got Their Bizarre Nicknames

The New York Post reported that Mae had burned all of the diaries she’d written and love letters she’d received from her husband while he was in jail so that no one could read them after she died. It is likely that she inherited her husband’s net worth of an estimated $1.3 billion (today’s value), and she lived out the rest of her life in a nursing home in Hollywood, Florida until she passed away on April 6, 1986, at the age of 89.

« The 1,000-Year-Old Remains of a ‘Petrified’ Man Unearthed in Peru
George Washington’s Wig: The Truth Behind the First President’s Iconic Hairstyle »