Miriam Margolyes’ Beef With Arnold Schwarzenegger: ‘He Farted in My Face’

When asked who her least favorite co-star was, actress Miriam Margolyes didn’t hesitate to call out Arnold Schwarzenegger – and you’ll never believe why!

The 81-year-old British-Australian actress recently shared some hilarious tidbits about her acting career on the I Got News For You podcast. When asked who her least favorite actor to work with was, Margolyes remarked that she “didn’t care for” her End of Days co-star and former governor of California, Arnold Schwarzenegger. 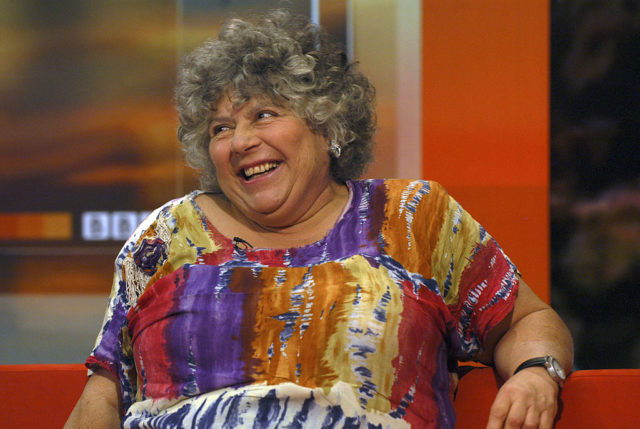 Margolyes recounts that while filming End of Days in 1999, “rude” Schwarzenegger farted on her face. “Now, I fart, of course I do – but I don’t fart in people’s faces. He did it deliberately, right in my face,” Margolyes explained.

Schwarzenegger plays Jericho, an ex-cop tasked with fighting Satan, who has arrived in New York City in search of a bride just days before the world rings in the start of a new millennium. If Jericho fails to spoil Satan’s plans to wed and have a child with a mortal woman, the world will end. 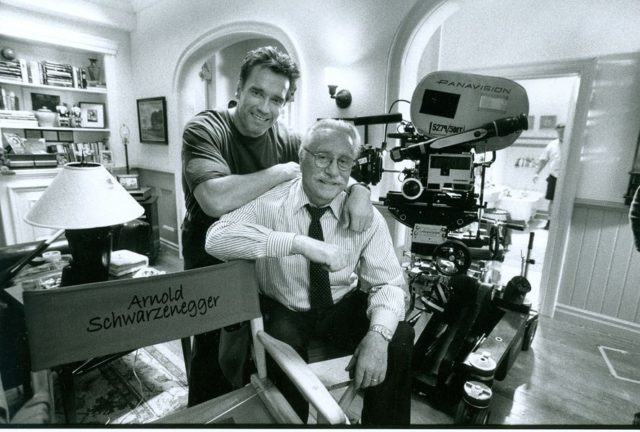 Behind the scenes on the set of End of Days with Arnold Schwarzenegger and the man who first introduced him to bodybuilding, Joe Weider. (Photo Credit: Beacon Pictures / Universal Studios via. MovieStillsDB)

The fateful incident occurred while filming a scene where Schwarzenegger‘s character tries to kill Margolye’s character. “I was playing Satan’s sister and he was killing me, so he had me in a position where I couldn’t escape and lying on the floor. And he just farted,” Margolyes said. “It wasn’t on film, it was in one of the pauses, but I haven’t forgiven him for it.”

More from us: Magical Facts We Learned from Watching the ‘Harry Potter’ 20th Anniversary Reunion

Margolyes’ appearance on the Australian I Got News For You podcast was to promote her travel series Miriam Margolyes: Australia Unmasked, which airs on local Australian TV. According to PEOPLE Magazine, Schwarzenegger’s representative has chosen to remain silent about Arnold’s “cheeky” situation. Hopefully, Schwarzenegger will stick to beating up bad guys instead of breaking wind.

« Cabrini-Green: How Racism Turned a Promising Neighborhood into a Nightmare
The Real Reason For Van Halen’s Infamous ‘NO BROWN M&Ms’ Concert Venue Request »