The oldest ever male panda in captivity died at the Hong Kong Ocean Park marine mammal park. An An was 35 years old when he passed away, making him a whopping 105 years old in human years. According to experts, one year of age in pandas is roughly equivalent to three to four years of human age.

An An was gifted to Hong Kong from China in 1999 as a sign of goodwill. He lived most of his life at Ocean Park, and built strong bonds with workers, locals, and tourists. “An An has brought us fond memories with numerous heart-warming moments. His cleverness and playfulness will be dearly missed,” said Paulo Pong, chairman of Ocean Park Corporation. 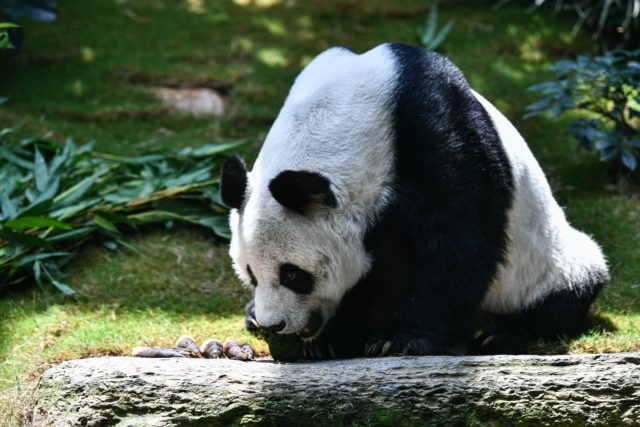 An An, who at 33 became the world’s longest-living male giant panda under human care, eats snacks in his enclosure at the theme park Ocean Park in Hong Kong on May 19, 2020. (Photo Credit: ANTHONY WALLACE / AFP / Getty Images)

Near the end of his life, An An was declining in health. He had high blood pressure, which is common in geriatric pandas, and was unable to eat solid food. As his health continued to worsen,  he became increasingly lethargic and was kept out of sight from visitors.

After consulting with the China Conservation and Research Center for the Giant Panda, Ocean Park veterinarians and government officials decided to euthanize An An to put an end to any suffering he may have been going through. “Ocean Park is deeply saddened to announce the loss of An An,” Ocean Park said in a statement. 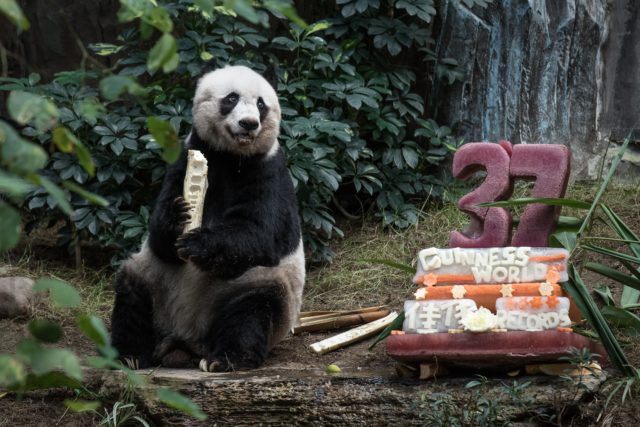 Giant panda Jia Jia eats a bamboo stick next to her cake made of ice and fruit juice to mark her 37th birthday at an amusement park in Hong Kong on July 28, 2015. It may not be considered a landmark birthday for humans but turning 37 made Jia Jia the oldest ever giant panda in captivity aging the equivalent of more than 100-years-old in human terms. (Photo Credit: PHILIPPE LOPEZ / AFP / Getty Images)

When An An was gifted to Hong Kong in 1999, he was joined by another panda, a female named Jia Jia. She too lived an incredibly long life, becoming the oldest ever giant panda in captivity, male or female, and died at the age of 38 (114 human years). Jia Jia had similar declining health near the end of her life, and she was humanely euthanized in 2016.

More from us: Amazing Oracles From the Animal Kingdom

Recovery programs for the giant panda species have been successful. They are no longer considered “endangered” but are now deemed “vulnerable.”

« Revealed: Princess Diana’s Heartbreaking Last Words
‘No Time to Die’ Actress Ana de Armas Weighs in on Whether Bond Should Be a Woman »