Donald Sutherland is one of Hollywood’s most famous Canadian actors. He’s been consistently appearing in films over the span of six decades. The award-winning actor is best known for his roles in M*A*S*H (1970), Klute (1971), Pride & Prejudice (2005), and The Hunger Games series (2012-2015). In his 87 years of living, Sutherland has gone through some wild experiences, some of which might surprise even the actor’s biggest fans. 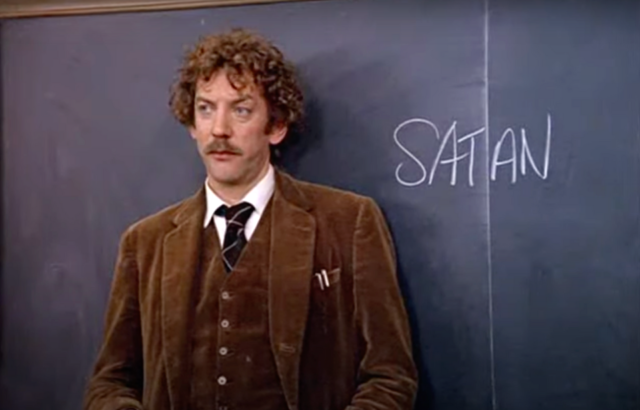 The 1978 film National Lampoon’s Animal House was a surprising success that changed comedy forever. Unfortunately, before it hit the big screen, no one really had any confidence in it. This included Sutherland. Under the promise that the film could be made with a production budget of only $3 million, Universal Pictures finally accepted the project. They wanted a star to be featured and Sutherland became the man for the job.

He had his own stipulations for the role, though. Sutherland only accepted the film because all of his scenes as the pot-smoking professor, Dave Jennings, could be shot in one day. Universal offered him $20,000 for the day’s work plus points on the film (a percentage of the gross profits). But Sutherland couldn’t accept. He said, “I can’t take that offer. I just want the money. I don’t want any points in the movie.”

They settled on a deal of $35,000 for a day’s work with no points in the movie. But after the film debuted in 1978, Sutherland would regret that deal for the rest of his life. The film pulled in $141,600,000 at the box office and has become one of the highest-grossing films of all time. The points Sutherland were offered would have been 2 percent of the film’s gross profits. Instead, Sutherland’s early lack of confidence in the project left him with no stake in the film.

2. He was declared dead for four seconds 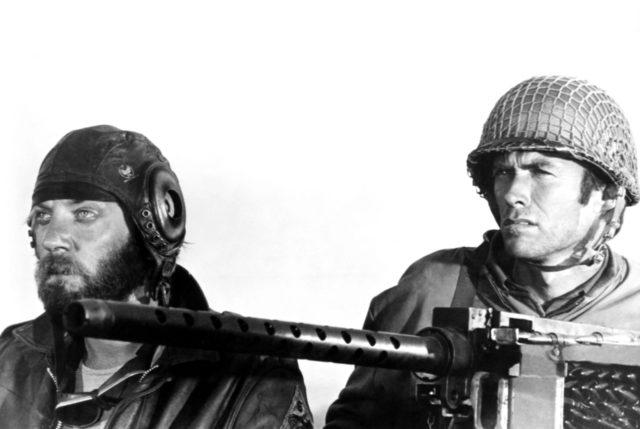 In 1970, while filming Kelly’s Heroes in Yugoslavia, Sutherland became very sick. He had developed spinal meningitis, which is an infection of the protective membrane that surrounds the brain and the spinal cord. When he was taken to the hospital, the antibiotics he needed were not available and he slipped into a coma, leaving him in the hospital for six weeks.

Sutherland was declared dead for four seconds. He later explained his experience with death. “I saw the blue tunnel, and I started going down it. I saw the white light. I dug my feet in,” he shared. Although he eventually came to, he did consider accepting death. He said, “I didn’t want to go – but it was incredibly tempting. You just go, ‘Aw s***t man, why not?'”

3. One of his legs is shorter than the other 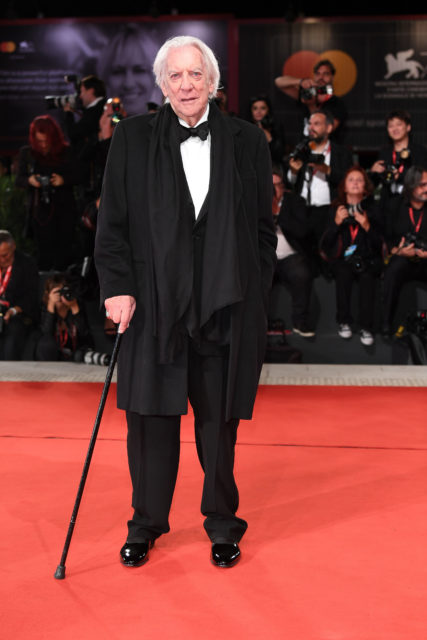 Donald Sutherland walks with his cane on the red carpet ahead of the ‘The Burnt Orange Heresy’ during the 76th Venice Film Festival at Sala Grande on in Venice, Italy, 2019. (Photo Credit: Daniele Venturelli / WireImage / Getty Images)

When Sutherland was two-and-a-half years old, he muttered his first word. But it wasn’t “mama” or “papa” like one might expect of a child. Instead, it was “neck.” What a strange first word for a child! Well, it makes sense when you realize that Sutherland suffered from polio at a very young age and his neck was hurting him. Stiffness in the neck is a common symptom of the disease and he was trying to explain where he was feeling pain.

Sutherland ended up recovering from his polio affliction, but it still had its effect on the actor. Although he stands at a height of six foot four, Sutherland’s left leg is a little shorter than the other, resulting from polio. Leg-length discrepancy is extremely common in polio survivors.

4. He has a dual degree in engineering and drama 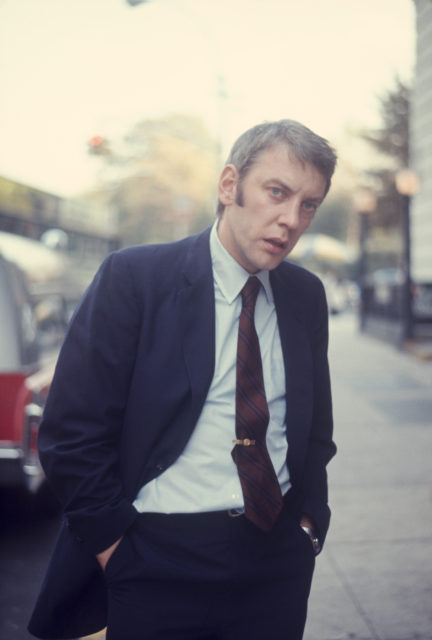 Donald Sutherland in a suit and tie on the street; circa 1970; New York. (Photo Credit: Art Zelin / Getty Images)

Sutherland has always had a taste for the arts. But as it turns out, he once dreamed of becoming a sculptor, not an actor. However, he did not pursue this dream as his parents urged him to get an education in engineering. To their satisfaction, he attended the University of Toronto with a major in that same field.

While at school, Sutherland received his first exposure to acting, landing a small role in a student production of The Male Animal during his junior year. He loved it so much that he added drama as a secondary major. In 1958, Sutherland graduated from the University of Toronto with dual degrees in engineering and drama.

5. He did not land a role in his first-ever film audition 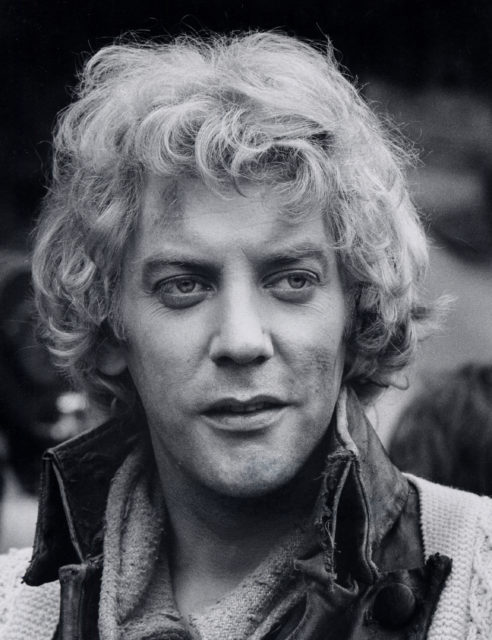 Back in 1962, at the beginning of Sutherland’s acting career, he was given his first film offer. He auditioned in front of the producer, the writer, and the director. The audition went really well. When he went home, he said to his first wife, “I thought it went okay,” because he didn’t want to jinx his audition until he knew for sure how they received it.

More from us: ‘I Wanted to Leave Something of Rocky for My Children’ – Sylvester Stallone Opens Up About Iconic Film Franchise

He received their call the next morning and the three had confessed to him that they loved him and his acting. But still, he wasn’t offered the part. They admitted to him, “We loved you so much, we wanted to explain why we weren’t casting you. We’ve always thought of this as a guy-next-door sort of character, and we don’t think you look like you’ve ever lived next door to anybody.”

« Incredible Images of the Dunkirk Evacuation
Fossil Discovery Suggests Nessie, the ‘Mythical’ Creature, Could Have Existed »