Where is Freddie Mercury’s Final Resting Place? Only One Person Knows

Queen frontman Freddie Mercury was one of the world’s biggest stars, but his life was cut short in 1991 after he died following a battle with AIDS. To this day, no one knows where he is buried except his former girlfriend, Mary Austin. He and Mary remained close even after he revealed to her that he was gay, and he trusted only Mary to fulfill his final wish. 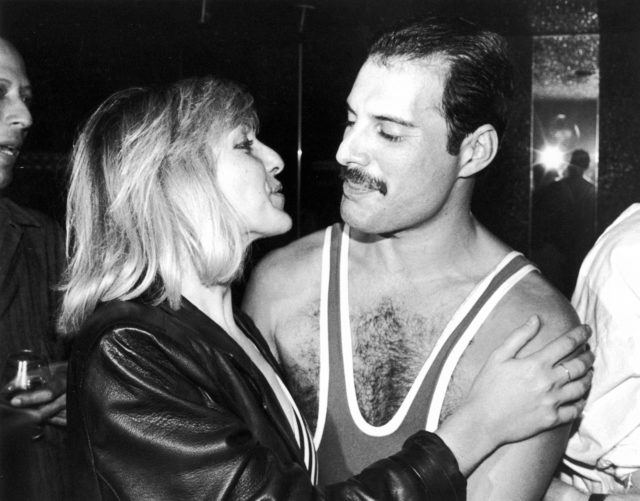 Before he died, Freddie said, “if I want a pyramid in Kensington and I can afford it, I’ll have it.” But in reality, the singer requested the exact opposite. Instead of a big monument dedicated to the star’s resting place, he chose something entirely different.

Mary described how “he suddenly announced one day after Sunday lunch, ‘I know exactly where I want you to put me. But nobody is to know because I don’t want anyone to dig me up.’ Those were his exact words, ‘I just want to rest in peace.’”

When Freddie died on November 24, 1991, Mary knew she was going to fulfill his final wish and keep his burial place a secret. 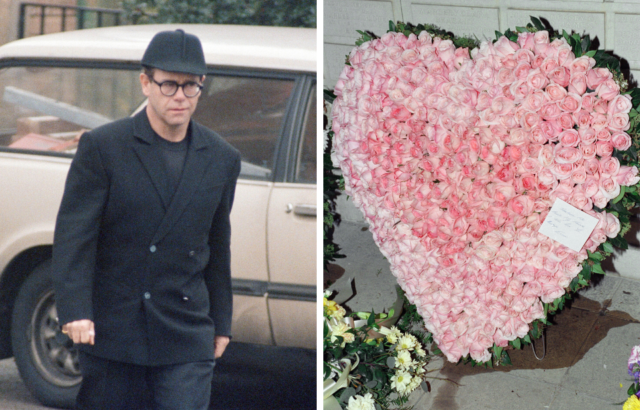 Freddie wanted a small funeral where he would be given traditional Zoroastrian rites according to the customs of his ancestors. The entire ceremony was conducted in the historical language of Avestan, and it was held at the West London Crematorium. Less than 40 people were in attendance, including his Queen bandmates as well as Mary, Elton John, and Freddie’s partner Jim Hutton.

Following the cremation, Mary took his ashes and kept the urn in his old bedroom. She never went into that room as the space ignited too many vivid memories of Freddie in his deteriorated state. But after two years, Mary finally and secretly took the urn and brought Freddie to his final resting place. 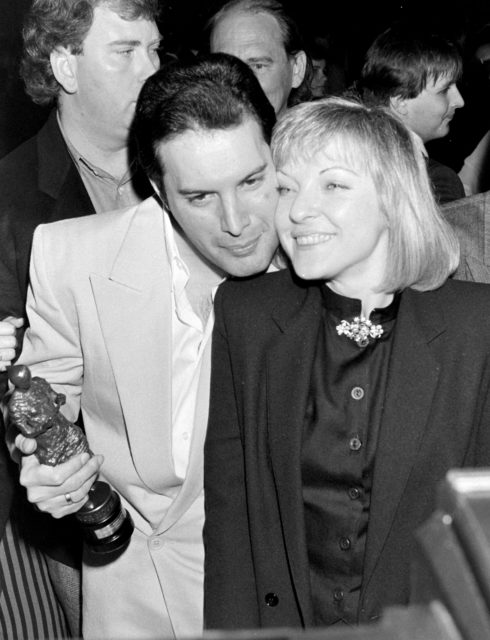 Mary described the day she finally laid Freddie to rest, saying “one morning, I just sneaked out of the house with the urn. It had to be like a normal day, so the staff wouldn’t suspect anything – because staff gossip. They just cannot resist it. But nobody will ever know where he is buried because that was his wish.”

Mary believed that Freddie was worried that something would happen to his grave after he had passed. “He didn’t want anyone trying to dig him up as has happened with some famous people,” she explained. “Fans can be deeply obsessive – he wanted it to remain a secret and it will remain so.”

When Mary decided to finally bury Freddie’s ashes, she invited his parents to say final prayers for their son. However, she remains the only person to know where his final resting place is, as she didn’t even tell his parents where he wished to be placed.

Theories about his resting place 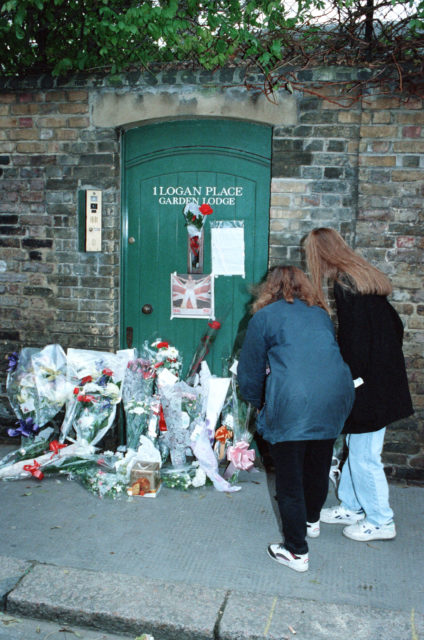 There are many theories speculating about Freddie’s final resting place. One theory suggests that he was buried under the cherry blossom tree he loved to sit under while he was sick at his Garden Lodge mansion in Kensington. Others believe he was returned to Zanzibar, where he was born.

Another theory suggests that he is buried at Kensal Green Cemetery, as a plinth was erected there in 2015 in his memory. Some even believe that Mary has scattered the ashes and that the story of her slipping out of the Garden Lodge was just a ruse to throw fans off of the trace.

More from us: Freddie Mercury Saw the ‘Wayne’s World’ ‘Bohemian Rhapsody’ Scene Before His Death… Here’s What He Thought of It

We may never know where Freddie’s remains are. The only clues Mary has provided about the whereabouts of his final resting place indicate where he is not buried.

« Celebrities Shared Their Favorite Movies and Some of Them Are Not What You’d Expect
‘He’s a Gift to the World’: The Beautiful Friendship Between Robin Williams and Christopher Reeve »