Debbie Reynolds truly lived a star-studded life. The Singin’ in the Rain star danced, sang, and acted her way into Hollywood’s golden era in the 1950s. She continued to act well into her later years and often made headlines for her dramatic family life, but a series of tragedies would overshadow her achievements. The biggest loss Reynolds faced occurred just 24 hours before her death.

Born Mary Frances Reynolds in 1932, Debbie Reynolds grew up in Texas, the daughter of a railway carpenter father and a mother who did people’s laundry. Reynolds’ big break happened when she was just 16 years old. After winning a beauty contest, she was discovered by MGM and began her film career. She landed the role of Kathy Selden in Singin’ in the Rain (1952) when she was only 20 years old. She had yet to do any professional dancing but quickly learned before filming began. 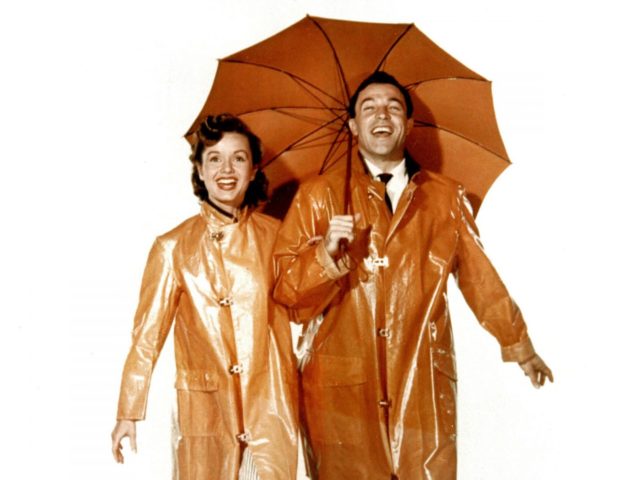 Debbie Reynolds and Gene Kelly in Singin’ in the Rain, 1952. (Photo Credit: Metro-Goldwyn-Mayer / charlytraveler via MovieStillsDB)

Starring alongside Hollywood legends Gene Kelly and Donald O’Connor, Debbie’s career was launched with Singin’ in the Rain. She continued to appear in plays and musicals, and triumphantly returned to the big screen when she was 31 for her Academy Award-nominated performance in The Unsinkable Molly Brown (1964).

She married her first husband Eddie Fisher in 1955. The couple had two children together: Carrie Fisher and Todd Fisher. Reynolds was devastated when Fisher left her for their close friend Elizabeth Taylor following the tragic death of Taylor’s third husband Mike Todd, who died in a plane crash in 1957. 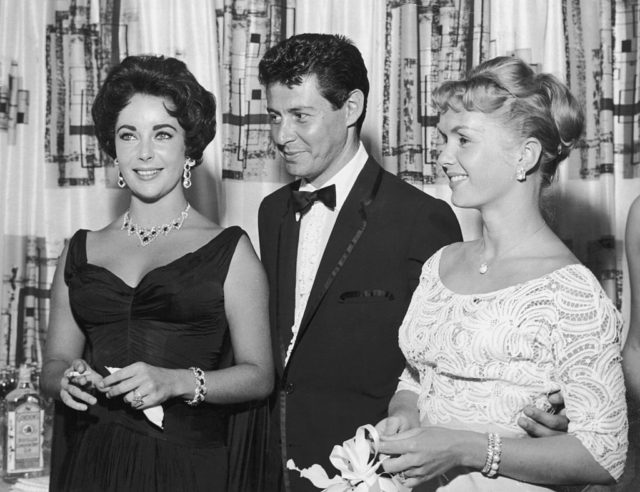 Reynolds’ second husband Harry Karl gambled away the money she had worked so hard to earn. To take care of her children, she returned to stage work. Reynolds later opened her own Las Vegas casino, called the Debbie Reynolds Hollywood Hotel, which housed her vast collection of Hollywood memorabilia until it closed in 1997.

Reynolds died one day after her daughter

Both Debbie Reynolds’ children kept the family business going and went on to be successful in Hollywood. Todd Fisher became a director, producer, and cinematographer while Carrie Fisher became a celebrated actress best known for her role as Princess Leia in the Star Wars franchise.

Carrie Fisher was diagnosed with bipolar disorder following a drug overdose in her early 20s, which would be the start of a 45-year-long battle with drug and alcohol abuse. While she spent years in and out of rehab, Fisher would never fully recover from her addiction. 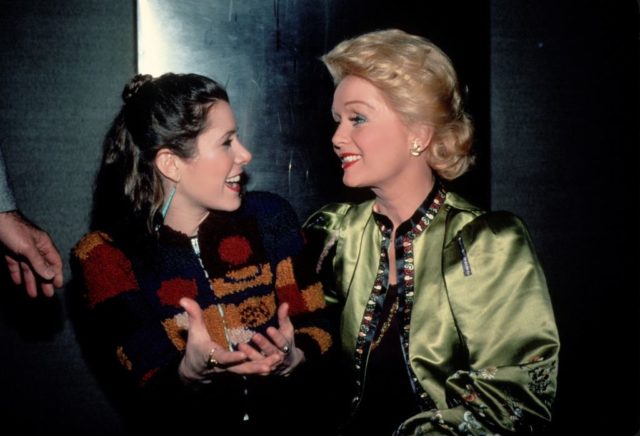 On December 23, 2016, Fisher was on a flight when she experienced a heart attack. She was immediately taken to the hospital for treatment but ultimately died four days later on December 27th, at only 60 years old. Her cause of death was due to “sleep apnea”, but a toxicology report would later reveal she had cocaine, methadone, MDMA (also known as ecstasy), alcohol, and opiates in her system the day she was admitted to the hospital.

The test results also noted that there was a possibility of exposure to heroin, but the time of exposure could not be determined. The report concluded that the cocaine was consumed within the 72 hours leading up to her death. 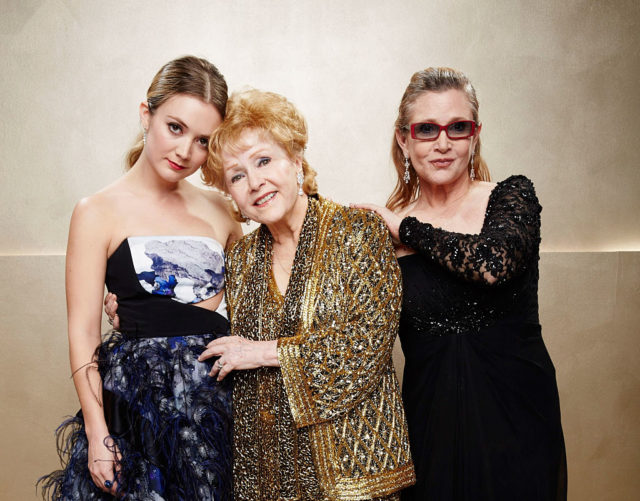 The day following her daughter’s death, a devastated Debbie Reynolds was discussing funeral arrangements with Todd Fisher when she uttered a haunting sentiment: “I miss her so much, I want to be with Carrie.” Less than fifteen minutes later, 84-year-old Reynolds suffered a stroke and died later that day. Her final wish had come true.

More from us: The Most Disturbing Celebrity Autopsy Revelations in Hollywood History

Debbie Reynolds got her dying wish. She is buried alongside her daughter at Forest Lawn Memorial Park in Hollywood Hills. Their monument features a statue of an older woman holding the hands of a younger woman, symbolizing their eternal bond as mother and daughter.

« Sylvester Stallone Insists His Dog Was Not the Cause of His Divorce
Lemuria: The Mythical Lost Continent That (Almost) Turned Out to Be Real »