The Scandalous Truth About the Men of the Hammer Family

Armand Hammer II, more commonly known by the public as Armie Hammer, is a noted American actor in films like Call Me by Your Name, The Social Network, and The Lone Ranger. Beginning in 2021, he became famous for a different reason when multiple allegations of abuse were made against him by past partners.

What many don’t know, however, is that he is just one of many in a long line of powerful and extremely controversial men in the Hammer family. Their history has been dragged into the spotlight due to the allegations, and it’s a dark saga that includes abuse, murder, and political scandals.

Many of these stories about the Hammer family are included in the documentary House of Hammer which was released in 2022. Although the series largely focuses on Armie because of the allegations against him in the last few years, it also goes into detail about the family that raised him – in part to show that his actions are not so different from those of his forefathers.

Among those interviewed was Casey Hammer, Armie’s aunt who is estranged from the family. She wrote a tell-all book called Surviving My Birthright: The Authorized Version. In both her book and the documentary series she discusses what she calls “multi-generational abuse” at the hands of the Hammer men, as well as the dark details of each generation starting with Armand Hammer I.

Armand Hammer I, Armie’s great-great-grandfather and the source of his name, was a well-known businessman who ran the company Occidental Petroleum. Armand was associated with many scandals throughout his life, most notably for providing illegal financial support to President Nixon’s Watergate fund.

When news of the Watergate scandal broke, he was able to get out of a prison sentence because of poor health. He took it upon himself to try and clear his name over the next 13 years. In 1989, he was eventually pardoned by President George H.W. Bush, conveniently after he made over $100,000 in donations to the Republican party. 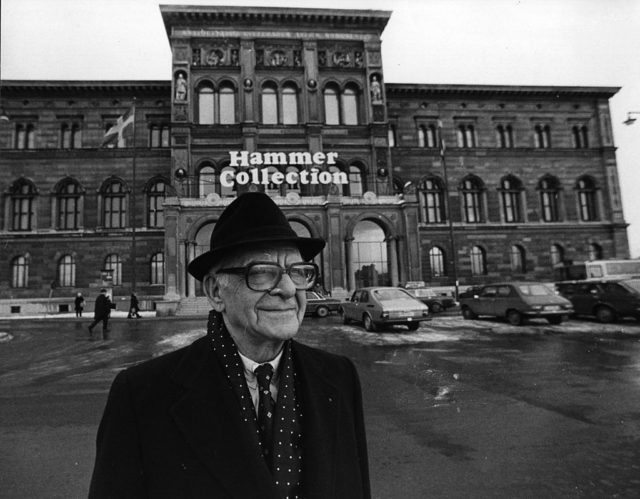 Armand Hammer, American business executive and president of Occidental Petroleum, outside an art gallery in Stockholm which is exhibiting part of the Hammer Collection, 1979. (Photo Credit: Keystone Features/ Getty Images)

After his death, a biography written in 1996 by Edward Jay Epstein called Dossier: The Secret History of Armand Hammer, brought even more dark secrets to the public. He accused Armand of money laundering, using artwork to fund Soviet espionage, entering the oil business through bribery, and creating fake Fabergé eggs.

Armand’s heir, Julian Hammer, was no stranger to scandal either. Armie’s grandfather was arrested for murdering his friend Bruce with a revolver over a matter of a $400 debt. Julian was only 26 years old at the time. While he told others, including the police, that he was only acting in self-defense, according to his wife it was murder. Armand was able to get the charges dropped by paying his lawyer $50,000 to cover it up. 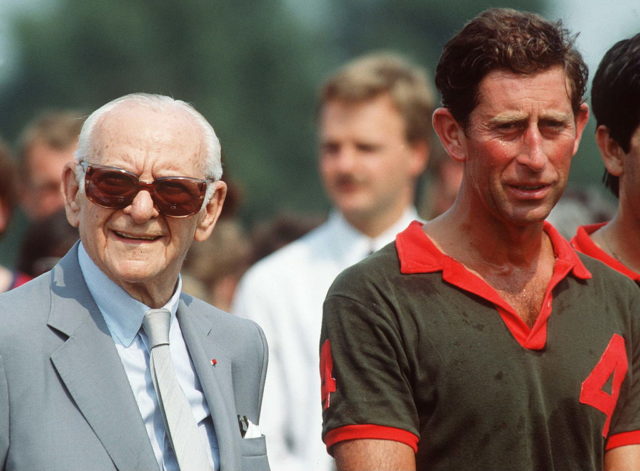 Outside of the murder scandal, Julian was also known for having house parties that were frequently attended by underage girls. Michael, his son and Casey’s brother, would attend these parties as well. House of Hammer also shed light on Julian’s abusive behavior toward the mother of his children, who he would go on to divorce.

When Julian’s father eventually died it was anticipated that he would leave large sums of money to his family members, but as it turned out he was worth much less than previously assumed. Julian’s aggressive reaction to this was to threaten to kill himself and his own children.

Another piece of Armand’s legacy to his family was his investment in artwork. He ran the Knoedler Gallery in New York, which was eventually taken over by his grandson, Michael Hammer, after his death. However, like every other Hammer man, Michael was involved in his own scandal when it was discovered that he was selling fake artwork at the gallery. Allegedly, there were over 30 fake paintings sold between 1994 and 2009 while he was in charge. 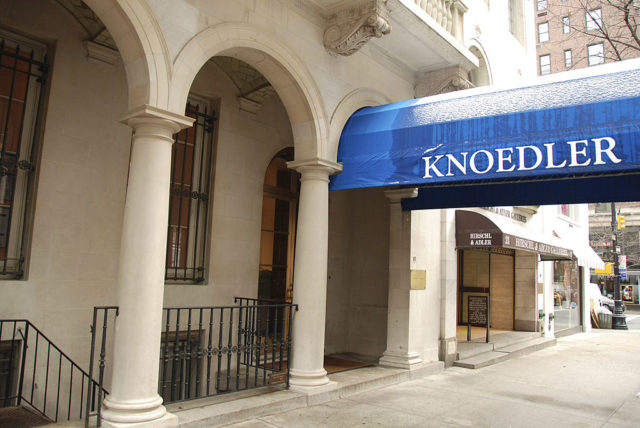 As much as one would like to assume that the gallery itself was the victim of fraud, as they purchased the art from a fraudulent dealer, this isn’t the case. They knew that the history behind many of the paintings was false, and continued their partnership regardless. The damages from these claims added up to roughly $63 million.

House of Hammer heavily emphasizes that Armie is a byproduct of his upbringing, as he was raised around many men who were abusive. The allegations against him also fit this pattern, as he has been accused of many different abusive acts, as well as exhibited an interest in cannibalism, culminating in one particular act which led to an investigation by the Los Angeles Police Department. 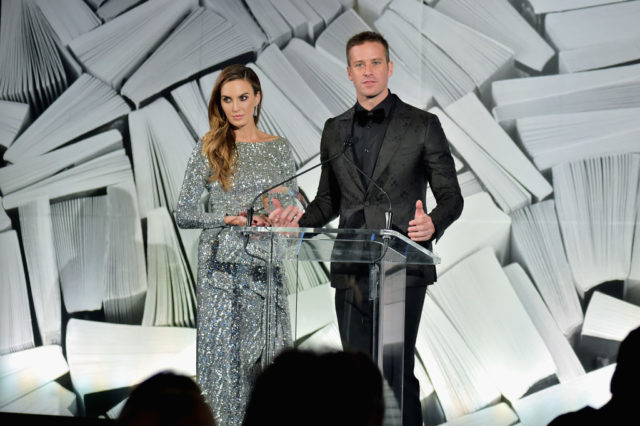 One of his ex-partners also highlighted in the documentary that Armie seemed to be proud of the actions of his ancestors, saying “he didn’t sound like he was ashamed of it. It’s almost like it was a badge of honor.” Although Armie has denied all of the allegations against him, his ex-wife has gone so far as to compare him to the serial killer Ted Bundy.

His aunt Casey also said in House of Hammer that she wasn’t surprised that allegations had been brought against her nephew as her family thought that they “could get away with murder; you could do anything. There was no accountability.”

« What Happens Now That Queen Elizabeth II Has Died?
This Unusual Feature Made Burt Reynolds’ Failed Nightclub One of a Kind »