Joe Gallo: The Mobster Who Started a Civil War and Paid for It With His Life

Sep 9, 2022 Rosemary Giles
Joseph Gallo, sometimes called Joe Gallo, is one of the most infamous mobsters in American history. Gallo was born on April 7, 1929, in Brooklyn, New York. His father, having served as a bootlegger during Prohibition himself, didn’t stop his sons from getting involved in the criminal underworld of the city.
Gallo dropped out of high school at only 16, which was when he began his full-time criminal career. His story includes rebellion, murder, prison, and, of course, a whole lot of crime, all of which culminated in his death in 1972.

Gallo first started his criminal career by stealing candy machines and jukeboxes, which he’d threaten people into buying from him. After an arrest when he was young, Gallo had to go through a psych assessment and was diagnosed with schizophrenia. This diagnosis, and his later actions while working for the mafia, earned him the nickname “Crazy Joe” among those he associated with. 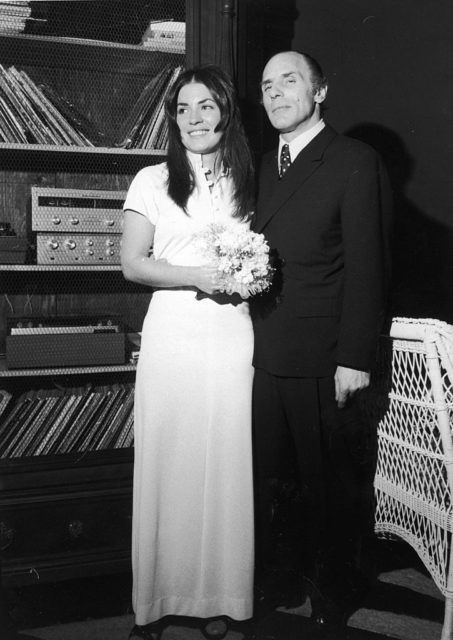 When Gallo first began working among the crime families of New York, he was an enforcer for the Profaci family, later known as the Colombo crime family. It was while working for them that he was allegedly asked by Joe Profaci to kill Albert Anastasia, then the boss of the rival Gambino crime family. On October 25, 1957, Anastasia was killed, and it was Gallo who bragged about doing it.

The start of a civil war

It was only a few years later that Gallo made a decision that would change his life forever. He started a rebellion against the Profaci crime family. He, along with his two brothers, Albert and Larry, decided to kidnap some of the men highest up in the organization in February 1961. This was in retaliation for an increase in tribute money they paid to members of the family.

The Gallos took underboss Joseph Magliocco, caporegime Salvatore Musacchia, soldier John Scimone, and the boss’s brother Frank Profaci. They wanted to use them to help get the tribute amount lowered. The brothers held the Profaci men as hostages, demanding financial compensation for their release. Profaci cut a deal with the Gallo brothers and their men, and they released the hostages. After an attack like that, however, Profaci decided to take immediate action despite their negotiations. 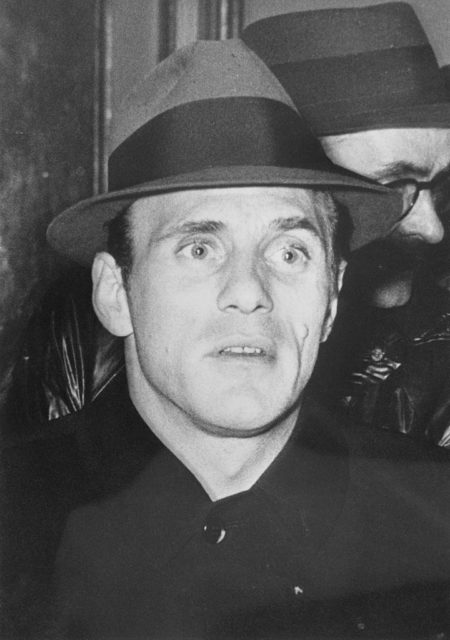 Joe Gallo the year that he was convicted for extortion, 1961. (Photo Credit: Bettmann/ Getty Images)

He ordered a hit on Larry Gallo, as well as on another member of the crew, Joseph “Joe Jelly” Gioielli. Larry Gallo was lucky enough to survive an attempt made to strangle him, while Gioielli wasn’t quite so lucky. He was reportedly invited to go fishing by his would-be killers, who then murdered him. This period of mob conflict became known as the First Colombo War. 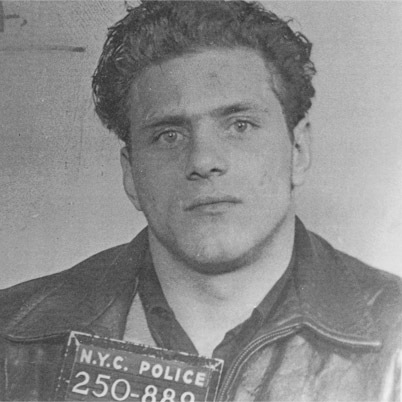 There, he learned watercolor painting and started reading. One of the inmates at Auburn Correctional Facility, Donald Frankos, described Gallo this way: he was “articulate and had excellent verbal skills being able to describe gouging a man’s guts out with the same eloquent ease that he used when discussing classical literature.” Gallo only served 10 years of his sentence before he was released.

Trying to end the war

Two of the most important events to occur while Gallo was in prison was a truce between the Profaci family and the Gallo brothers and their men, and the establishment of Joseph Colombo as the head of the Profaci, or Colombo, crime family. Gallo made it very clear, however, that he didn’t think the agreement bound him as he wasn’t there for negotiations.

After his release from prison, Colombo and Joseph Yacovelli, another man high up in the family, arranged a meeting with Gallo. They offered him $1,000 to make peace with them. In return, Gallo asked for $100,000 which was, of course, turned down, thus beginning the Second Colombo War. 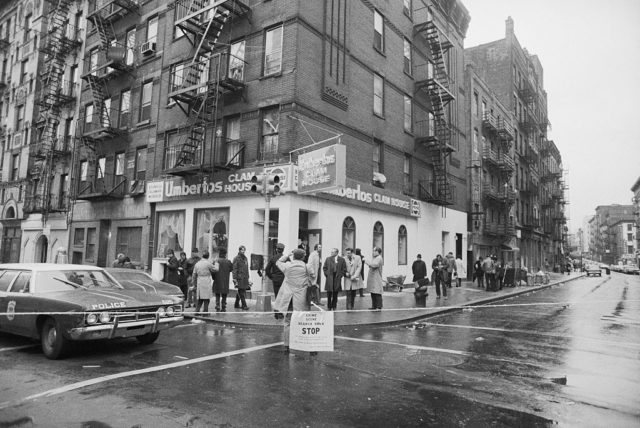 Joseph Colombo was shot in 1971, which paralyzed him and required leadership of the crime family to be passed on to someone else. Despite their refusal to make peace, it wasn’t Gallo who shot down Colombo. Nonetheless, Gallo was blamed for the act and the Colombo family looked to get retribution for the act they believed he ordered.

The death of Joe Gallo

The feud between the families continued until April 7, 1972, when Gallo was killed at a clam house in Little Italy. It was his 43rd birthday and he was celebrating with his wife, stepdaughter, sister, his bodyguard, and the bodyguard’s girlfriend. Gallo was shot many times and was taken to the hospital where he was declared dead.

Despite the public nature of the crime and the number of witnesses, it is still unclear who killed Gallo. Some believe that the hit was ordered by Yacovelli, who became the leader of the Colombo family. Another theory is that he was killed by someone named Frank “The Irishman” Sheeran, working for the Bufalino crime family. Each side has evidence to support their claims, but no one has been convicted for Gallo’s murder. 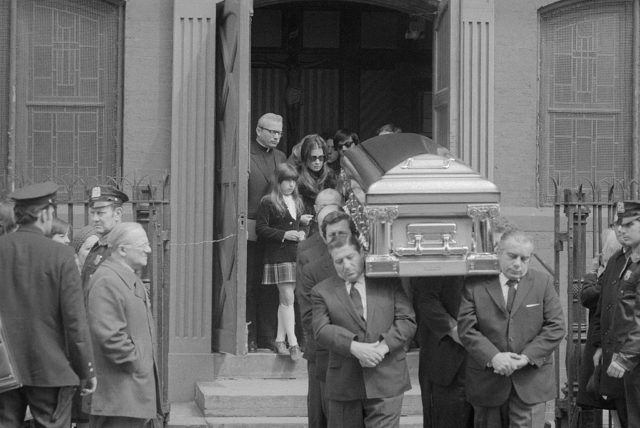 More from us: Bugsy Siegel Had An Unexpected Connection to the Original ‘Scarface’ Film

Gallo left quite a legacy, one that has become part of popular culture as well. Bob Dylan’s song, “Joey,” was based on Gallo’s life. He was a character in the 2019 film The Irishman, where he was played by Sebastian Maniscalco. And the 2020 TV series The Offer also features Gallo, played by Joseph Russo.

« What The Photographer Who Took the Queen’s Last Picture Says About the ‘Unposed’ Moment
How Much Was Queen Elizabeth II Worth at the Time of Her Death? »