Star Trek first burst into the mainstream on television in 1966. The show took the “final frontier” and made it into something the world had never seen before. Focused on diversity and inclusion, the series was an instant success but viewership soon fizzled out into a select number of super-fans.

While the show was focused on harmony and teamwork, that wasn’t the case on set. The actors playing beloved characters Mr. Sulu (George Takei) and Pavel Chekov (Walter Koeing) had a tense relationship on set – but why?

Star Trek spoke to a generation of kids and adults alike who were fascinated by space and the progress it promised. Thanks to an amazing cast of beloved characters, the show managed to avoid cancellation until its third season wrapped, totaling 79 episodes. 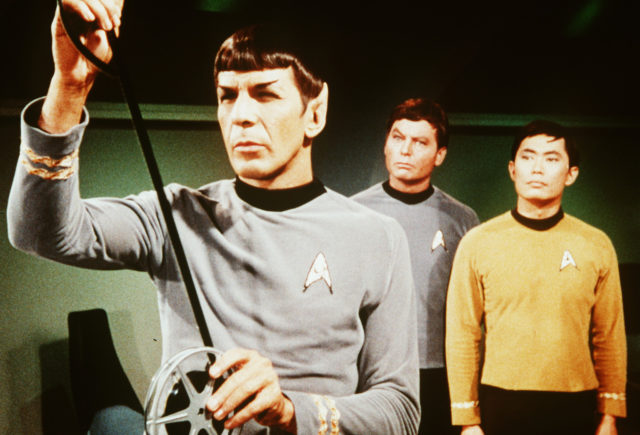 Had the original pilot episode of Star Trek been approved, only one character would be familiar to fans today: Spock. Studio executives told director Gene Rodenberry to go back to the drawing board to create characters that better fit the studio’s image – all because Rodenberry originally cast a woman as the show’s first officer (this was the ’60s, remember).

Roddenberry’s new cast of characters still focused on promoting diversity, but in a package that was slightly more “acceptable” to the studio execs. African American actress Nichelle Nichols was brought on to play Lieutenant Uhura, and Japanese American actor George Takei was cast as Sulu. 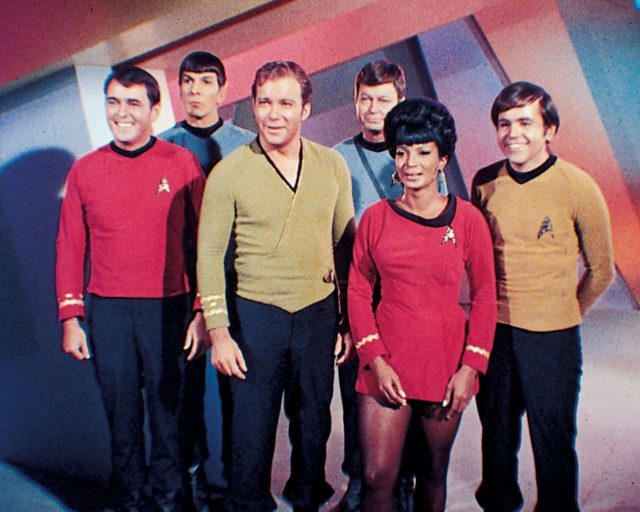 In 1967, Walter Koeing was brought on board the Starship Enterprise to play Russian crew member Pavel Chekov while Takei took a break from filming to star in the John Wayne film The Green Beret. Takei couldn’t return to set to film the start of Season 2 on time, so Koeing was given most of Takei’s lines.

When Takei returned to set, he immediately resented Koeing by believing he had completely stolen his role in his absence (according to Mother Jones). Eventually, the animosity wore off between the two actors when they were forced to share a dressing room together. They soon got over their misunderstanding and even grew to be good friends. 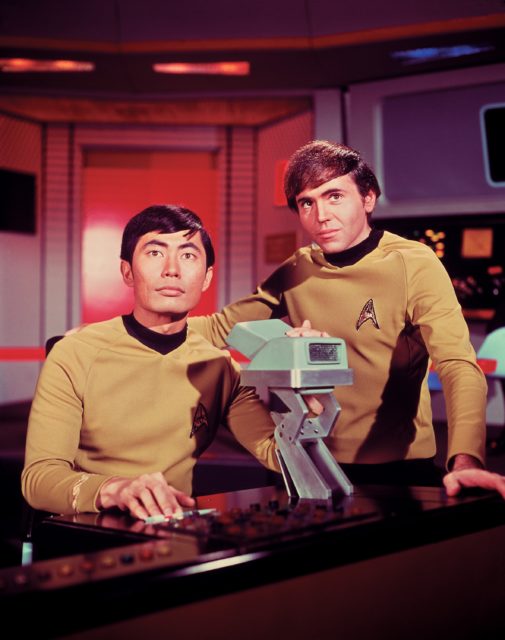 Takei recalled one instance where Koeing pointed out a group of attractive extras on set. Even though Takei didn’t come out as gay until 2005 Koeing and other cast members knew about his sexuality. At that moment, Takei felt supported and seen by his co-star and friend.

In fact, the two grew to like each other so much that Koeing was Takei’s best man at his wedding in 2008!