Thomas Cromwell was one of the most influential figures in Tudor England, but a twisted tale of heresy and greed ultimately led him to the executioner’s blade. The man responsible for doing the bidding of King Henry VIII, the trigger-happy ruler who sent countless people to their death, Cromwell was chiefly responsible for establishing the Reformation, which made Catholics despise him.

Though he is often painted as a villain, specifically due to his role in the execution of Anne Boleyn, was Thomas Cromwell as horrible as the history books would have us believe, or is he simply misunderstood? Before we can fully understand what led Cromwell’s head to the chopping block, we first have to contextualize life in Henry VIII’s England.

King Henry VIII ruled England for 36 years until his death in 1547. His reign is largely remembered through his six wives, two of whom were executed, who Henry wed in hopes of obtaining a male heir to his throne. But beyond his tumultuous romantic life, Henry VIII also changed nearly every aspect of Tudor life during his reign. 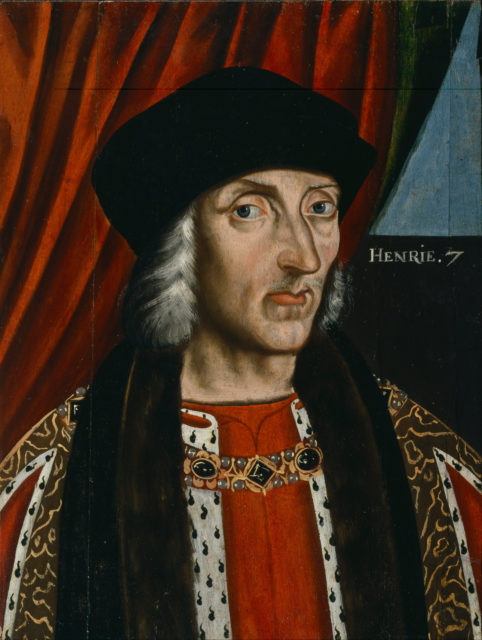 The Tudor period began in 1485 with the ascension of King Henry VII, who defeated King Richard III at the Battle of Bosworth Field. This brought an end to the War of the Roses. Henry VII focused on conserving the wealth of the monarchy rather than spending lavishly, and he introduced new taxes which were highly unpopular.

When Henry VII died of tuberculosis in 1509, his son Henry VIII ascended to the throne. He immediately executed his father’s hated tax collectors, the first of many bloody executions during his reign. Henry VIII made countless enemies as King, triggering wars with France and increasing tension with Scotland, Spain, and the Holy Roman Empire. 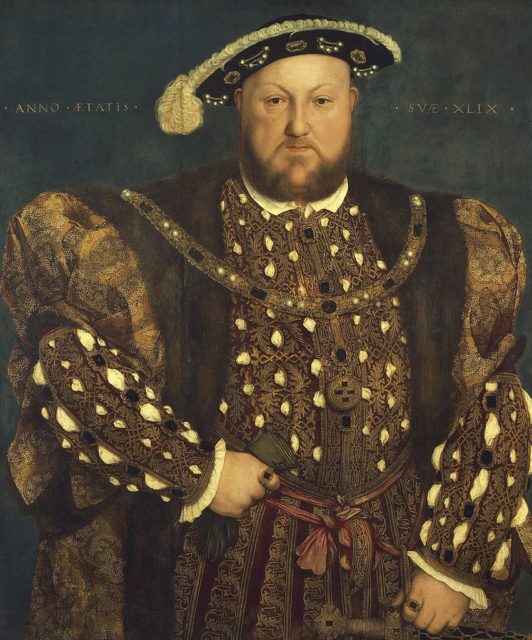 When his first wife, Catherine of Aragon, failed to provide Henry VIII with a male heir, he asked the Catholic Church to grant him a divorce – but the Pope wasn’t willing to bend the rules for a King. His desire for a divorce led Henry VIII to sever England from the Catholic church completely under the Protestant Reformation.

Henry claimed that acknowledging the Pope as the head of the Church in England suppressed the “absolute” supremacy of the King. Henry’s parliament surprisingly agreed with the King, passing a series of laws that finalized the Reformation. This change meant that all decisions about the Church and its subjects were made by the King himself instead of the Pope. Thomas Cromwell and Cardinal Wolsey were instrumental in implementing the Reformation and aided Henry’s tyrannical seizure of the Church.

Thomas Cromwell was born in 1485 near London, but not much is known about his early life. He spent several years abroad in Italy until he entered Thomas Cardinal Wolsey’s service in 1520 – over a decade since Henry VIII’s coronation and 14 years before the Protestant Reformation.

Cromwell worked as a solicitor and helped in the dissolution of smaller monasteries. While Wolsey saw Cromwell as a trusted friend and confidante, most of his other colleagues disliked him. 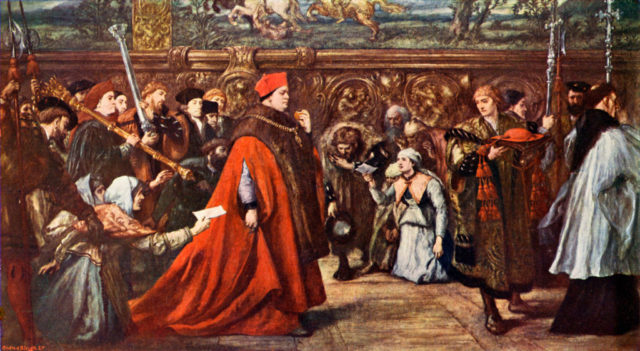 Wolsey eventually fell out of the King’s favor, which some believe was the doing of Anne Boleyn. She convinced Henry that the Cardinal was meddling in court proceedings, and he was arrested in 1529 and stripped of his office and property. Henry took Wolsey’s lavish residence, Hampton Court, and made it his own palace.

With Wolsey out of the picture, Cromwell entered Parliament where he drew the attention of the King. By 1530, Cromwell had entered Henry’s service and became part of the King’s inner circle of advisers. He was granted several offices throughout the years, including the Master of the Jewels, Principal Secretary, and Master of the Rolls.

His most prominent role as the King’s advisor was overseeing the Reformation. Taking charge of the seemingly unthinkable task in 1532 – two years before the Reformation officially happened – Cromwell provided the King with a clear plan of how to achieve Henry’s vision of an England without the Pope.

By spearheading the Reformation, Cromwell was able to seize a level of power and control hitherto unknown during Henry VIII’s reign. He was behind the first attacks on the papacy and created an act that stopped bishops from receiving the payments of their first year’s revenue to Rome.

Cromwell used legislation to submit the clergy to Henry VIII’s power over the Pope and passed the Act in Restraint of Appeals to Rome, preventing the Catholic Church from hearing matrimonial and testamentary cases from England. By 1534, Cromwell had cemented the complete control of the King over religious affairs through the Act of Supremacy. 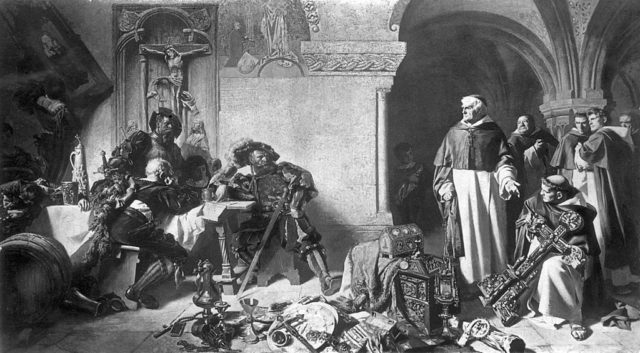 The Dissolution of the Monasteries, circa 1537. King Henry VIII’s men orchestrating the seizure of property from a monastery during the Reformation under the guidance of Thomas Cromwell. (Photo Credit: Rischgitz / Getty Images)

The act decreed that the King was the sovereign head of all state affairs, including the Church – but with Cromwell behind every new legislative agreement, it’s clear he was the one in control, not the King.

In 1536, Cromwell was given the title of Baron Cromwell of Okeham and appointed the King’s deputy head of the church. By this time, he had overseen the relentless attack on various monasteries throughout England. These monasteries were forced to hand over their buildings and their property was seized. By 1540, all monasteries were dissolved, their wealth and assets absorbed by the Crown.

Did Thomas Cromwell orchestrate the execution of Anne Boleyn?

While Cromwell has been exonerated of many of his crimes, his treatment of Henry VIII’s second wife Anne Boleyn is horrifying. In the beginning, the two had mutual interests and helped each other to gain influence with the King. Cromwell worked toward overturning the powers of the Pope to allow Henry to marry Boleyn, while Boleyn recognized Cromwell’s potential. They soon became allies.

Their relationship began to deteriorate once Boleyn saw how Cromwell was brutally dissolving the monasteries and their wealth just to give it back to the crown. Anne believed it should be used charitably. She even told Cromwell in a public spat that “‘In no uncertain terms” she would like to see “his head off his shoulders.” Unfortunately, it would be Cromwell and not Boleyn who would see the other’s head cleaved from their shoulders. 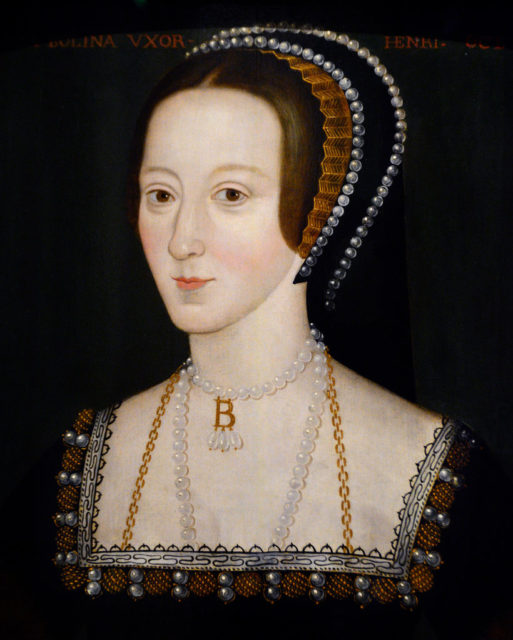 Cromwell noticed that Henry’s infatuation with Anne was eroding, and tensions came to a head on January 29, 1536. The same day Catherine of Aragon, Henry’s first wife, was buried, Anne had a miscarriage at 14 weeks pregnant. The child appeared to be a boy, which enraged the already frustrated King.

Whether or not Henry asked Cromwell for help, he knew what he had to do. Cromwell took advantage of several male acquaintances of Anne’s, including her own brother George, and twisted them into a series of lies proving she had been unfaithful and adulterous. Cromwell showed the King his “evidence,” and Henry immediately sided with his aide. 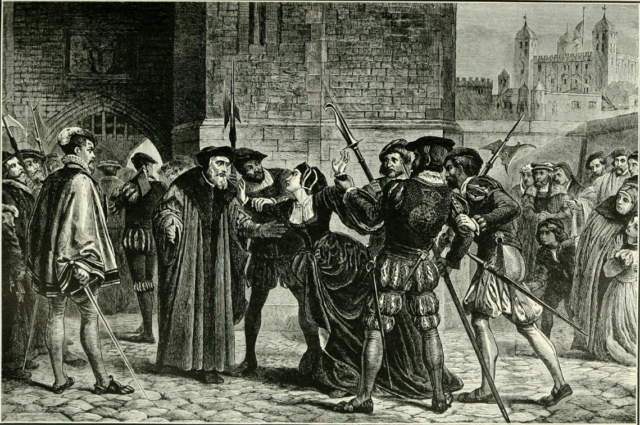 Queen Anne was arrested and taken to the Tower of London, where Cromwell himself met the accused adulteress. Several men were brought to the Tower on charges of adultery with the Queen. While she was imprisoned, Cromwell hired ladies in waiting to spy on the Queen and collect any evidence that could be used against her.

Cromwell ensured that all evidence provided at the trial was spoken aloud for maximum impact. Anne was convicted of high treason and sentenced to death. She was beheaded at the Tower of London on May 19, 1536. Hundreds of people attended her execution, including Cromwell.

As the deputy head of the church, Cromwell’s own religious views confused his colleagues. It was clear his Protestant faith was lukewarm and rather secular, but he is still associated with the radical changes of the Reformation throughout Europe. 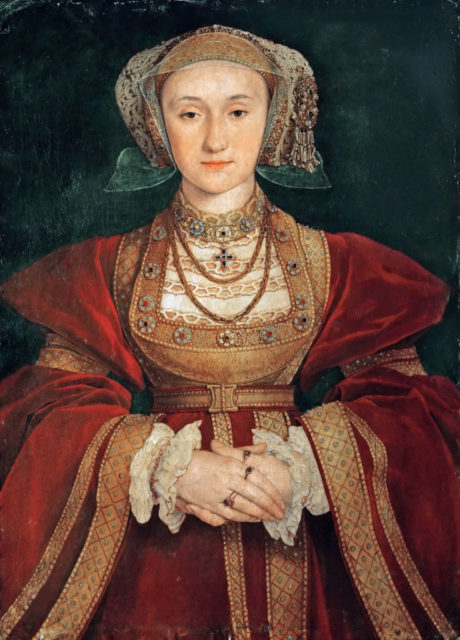 Ultimately, Cromwell would make four fatal mistakes in the last year of his life. The first was his attempt to convince the King to marry Anne of Cleves, a German noblewoman. Cromwell believed this could help England grow closer to the Reformation efforts happening throughout Germany with the Lutheran church – even though Henry VIII was solely focused on the Catholic orthodoxy.

When Henry finally agreed to meet his new bride Anne of Cleves, he was repulsed by her and had their marriage annulled after just a couple of days. Henry then married Catherine Howard, whom he would behead for treason and adultery two years later.

Cromwell also meddled in the religious politics of the kingdom’s most prominent figures. Thomas Howard, the Duke of Norfolk, was one such figure that Cromwell bulldozed as part of his righteous crusade against Catholic monasteries. An old-fashioned religious traditionalist, Howard wanted to save the Thetford Priory where his ancestors were buried. 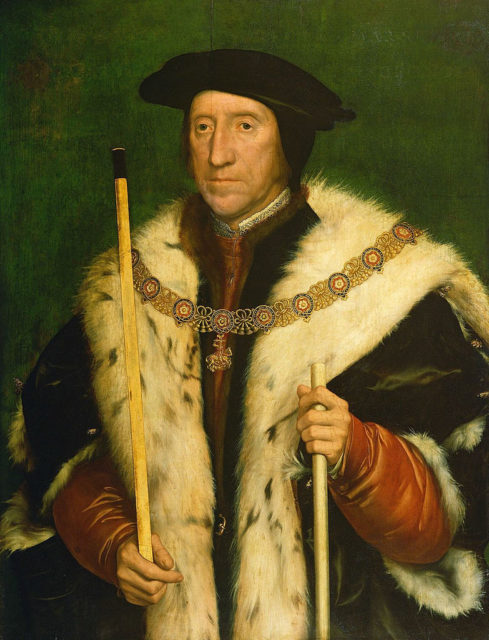 He hoped to stop Cromwell’s plan to dissolve the priory and turn it into a seminary school, but Thetford eventually closed for good in 1540. To make matters worse, Cromwell snubbed the Duke and made sure the priory was shut down without any hope for it to be turned into a school. He forced the Duke to exhume and relocated the tombs and remains of his ancestors 35 miles away to the village of Framlingham.

This series of events left one of England’s most prestigious noblemen, the Duke of Norfolk, feeling insulted and demoralized thanks to Cromwell. His mistakes grew following the death of another prominent noble, the 15th Earl of Essex. Cromwell decided that he should take the title for himself and become Earl of Essex, one of the oldest titles in England. 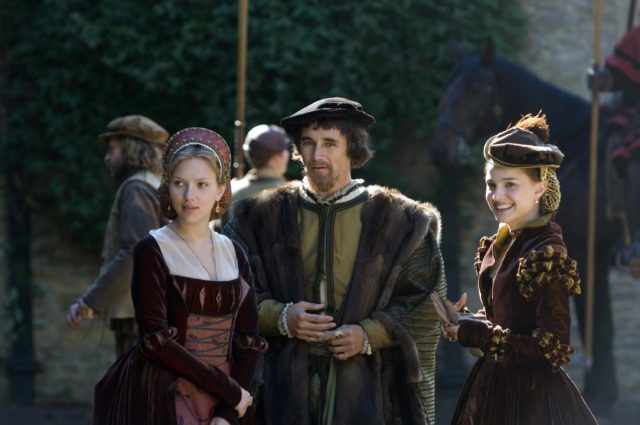 A week after the Earl of Essex’s death, the 15th Earl of Oxford also died – a title equal to that of Earl of Essex. Cromwell scooped up that title for himself, too, revealing his deeply rooted greed. Cromwell himself came from little family standing, making it impossible for him ever to become an Earl unless he bent the rules in his favor.

With Henry’s messy marriage to Anne of Cleves, the Duke of Norfolk was poised to launch an attack against Cromwell. The King was easily persuaded that Cromwell was a heretic and a traitor. He was arrested on June 10, 1540, and condemned without a hearing. After a stay in the infamous Tower of London, Cromwell was executed on July 28.