Each year, Emmy Awards are given out to recognize merit in the TV industry, whether for artistic talent or for technical production of a show. One of the most cherished elements of the awards ceremony is the “In Memoriam” segment which pays honor to those in the industry who have passed away.

During the 74th Emmy Awards, many audience members were left shocked when beloved late comedian Norm Macdonald was not featured in the list of those who had passed in the last year, despite him having a show nominated for multiple awards.

Norm Macdonald became famous for his time on Saturday Night Live, where he worked as a cast member and writer for five seasons. After leaving the show, he went on to star in the film Dirty Work and voice acted on many famous films and TV shows. He also created his own sitcom and stand-up comedy shows. 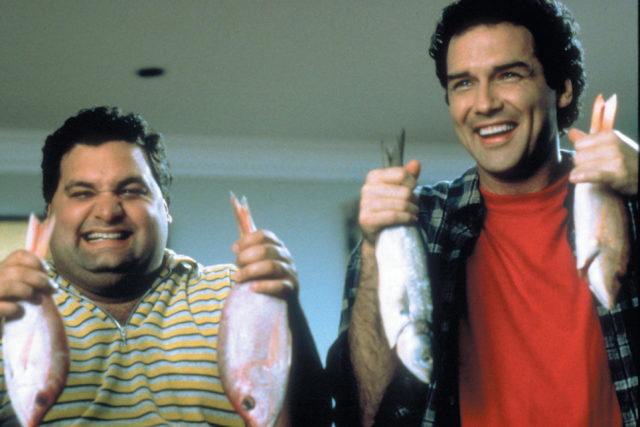 He died at the age of 61 on September 14, 2021 after battling cancer for nine years. He kept his diagnosis private, according to his friend Lori Jo Hoekstra. She said, “He was most proud of his comedy. He never wanted the [cancer] diagnosis to affect the way the audience or any of his loved ones saw him.”

The reason so many people noticed that Macdonald was missing from the 2022 “In Memoriam” segment was that his comedy special, Norm Macdonald: Nothing Special, had been announced as one of the nominees for best variety special immediately before the “In Memoriam” tribute. His special was actually nominated for three different awards.

As the show was released after his death in May 2022, it was eligible for nomination despite Macdonald having already passed away. It was actually filmed at Macdonald’s home in 2020, just before the comedian was set to undergo a medical procedure. 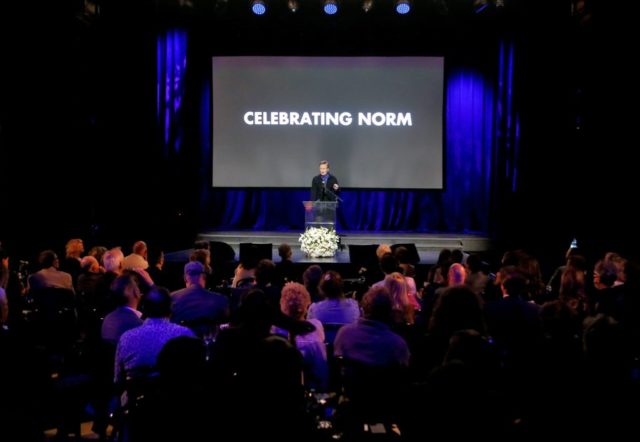 Conan O’Brien speaks onstage at Norm Macdonald: Nothing Special during Netflix Is A Joke at the Fonda Theatre in Los Angeles, California, May 3, 2022. (Photo Credit: Tommaso Boddi/ Getty Images for Netflix)

He had always intended to film the show in front of a live audience but, as was written at the beginning of the special, he “didn’t want to leave anything on the table in case things went south.” His unfinished performance was concluded by recordings of various comedians speaking about their friend after his death.

Where was his In Memoriam?’

As it turns out, Macdonald was included as part of the “In Memoriam” segment at the Emmys, just not the one that took place in 2022. As the 2021 Emmys were held only five days after his death, on September 19, he was included in the segment that year. He is also featured on the official Emmys website where they have created an “In Memoriam” database.

This page allows visitors to search for notable contributors to the Television Academy. It also features personal and award information on those who have been included in the televised segment, as well as information on some who have not.

Macdonald’s information is included here, but he also received a tribute during the 2021 show featuring a picture of him sitting at the “Weekend Update” desk on Saturday Night Live while Jon Batiste and Leon Bridges performed the song “River.”

« Thomas Cromwell: Was King Henry VIII’s Right Hand Man Evil or Misunderstood?
The Most Unexpected Things That Have Been Revealed in the Extreme Heat »