King Charles III ascended the British throne in 2022, following the death of Queen Elizabeth II. While he was still a prince, one of his royal duties was to meet political leaders from other countries, including the American presidents. Although it doesn’t beat his mother’s impressive 13 presidents, sources say that King Charles has met a respectable 10. Here’s how each of these meetings went.

Queen Elizabeth II ascended to the British throne on February 6, 1952. As Queen, the first US President she met was Dwight D. Eisenhower who came to visit her and her family at Balmoral Castle in 1959. 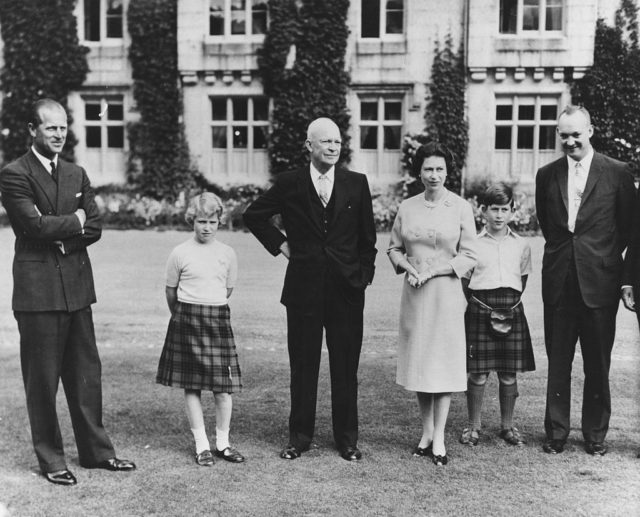 Eisenhower was also the first President that Charles, then Prince of Wales, would meet. He was only 11 years old. The visit was documented with a photograph that shows Charles wearing a kilt and standing next to his mother.

In 1970, Prince Charles visited President Nixon at the White House. According to the report in the New York Times, he conversed with Nixon for well over an hour, just the two of them. Apparently, the meeting ran much longer than those the President took with foreign officials. 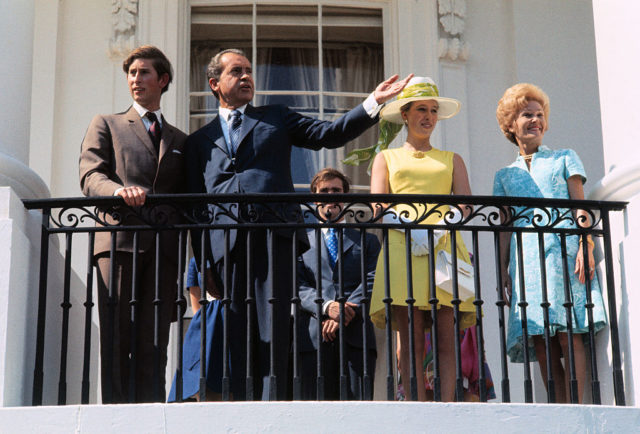 Prince Charles recalled years later that it was more than just a friendly visit. Efforts were being made to set him up with President Nixon’s daughter, Tricia. The match-making attempts, clearly, didn’t work.

Prince Charles was also in attendance at the memorable meeting of Queen Elizabeth II, the Queen Mother, and President Jimmy Carter in 1977. 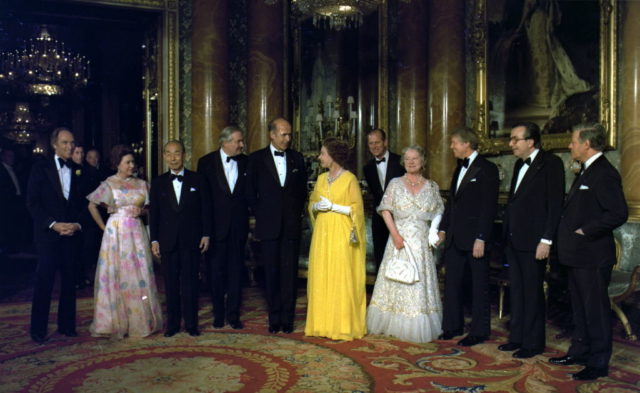 President Carter massively violated royal protocol when he greeted the Queen Mother by kissing her on the lips.

Prince Charles met President Ronald Reagan on more than one occasion. Their first formal visit was a meeting in the Oval Office in 1981. They allegedly talked a lot about horseback riding. Their more memorable meeting, however, was in 1985. 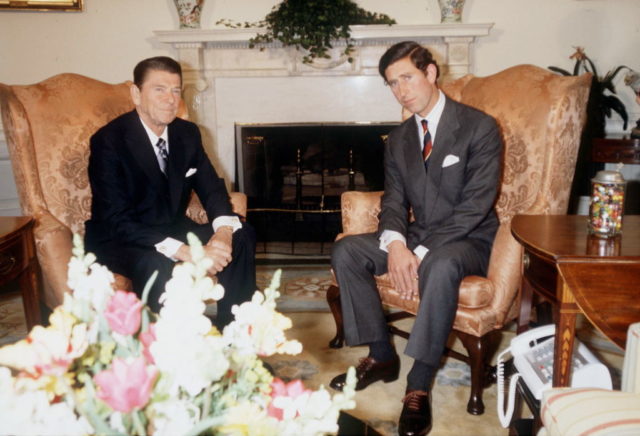 Prince Charles and Princess Diana attended a formal dinner put together by the President, where Diana wore her famous black dress and danced with John Travolta, who was also in attendance. The night was a big success, with Reagan saying “It had not a hint of ‘State Dinner’ flavor. Everyone seemed to have a wonderful time.” 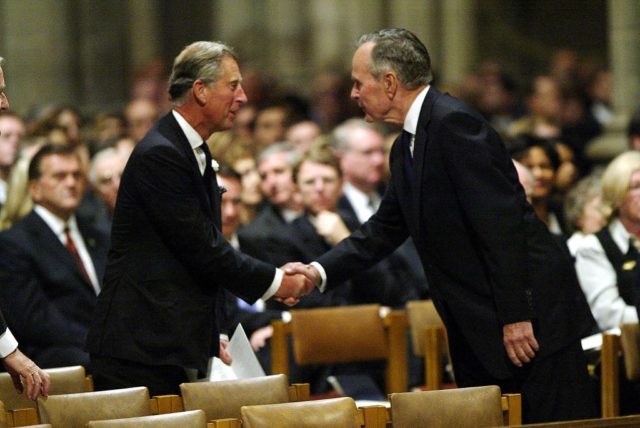 The two met a number of times in later years, including at Reagan’s funeral. Prince Charles also attended Bush’s own funeral on behalf of Queen Elizabeth.

Prince Charles’ meeting with President Bill Clinton was perhaps even less eventful than the meeting with Bush. 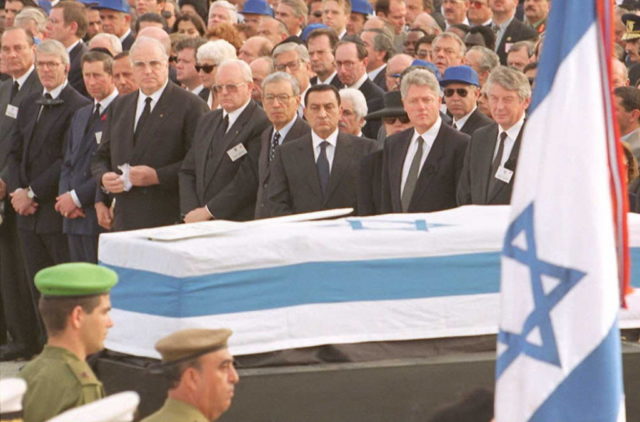 The two met in passing at the 1995 funeral of Israeli Prime Minister Yitzhak Rabin after he was assassinated.

By the time Prince Charles had his next meeting with a President in 2005, he had separated from Princess Diana and she had died in a car crash. He and his new wife Camilla, traveled to the White House to visit President George W. Bush and the first lady. 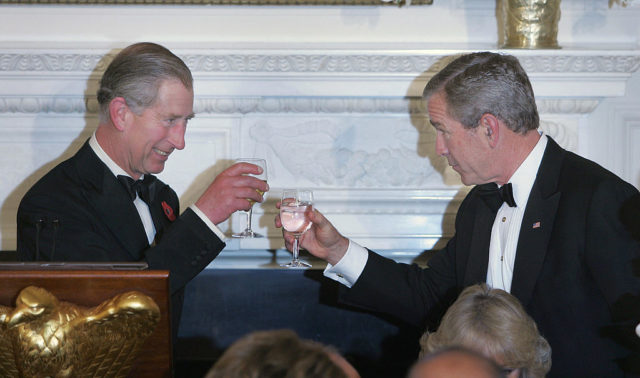 During the day, the group of four had a quiet lunch together, and in the evening they were entertained at a black-tie dinner at the White House. This was a special occasion put on for Prince Charles, as Bush was not known to host many of these formal dinners. Apparently, the Prince made a joke to Bush that he had no intentions of trying to set up his two sons with Bush’s two daughters.

President Barack Obama and Prince Charles met on a number of occasions. They first met during the ceremonies at the 65th D-Day landings in France in 2009, and again in 2015 while Prince Charles and Camilla were on a US tour. 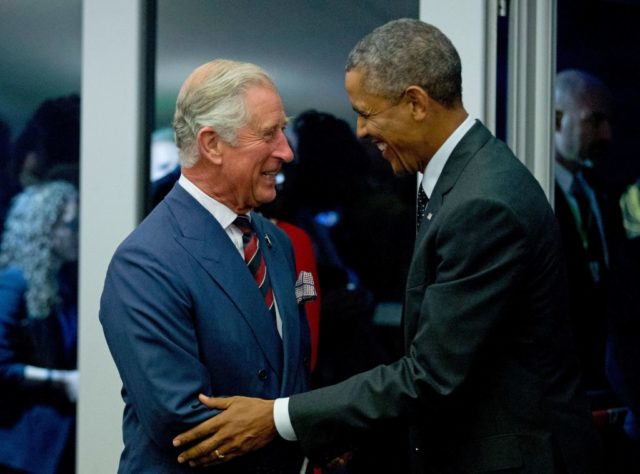 Their longest visit, however, was in 2011 when the prince visited the White House. Of the visit, a White House press release said,”President Obama warmly welcomed the prince’s work over three decades on environmental issues, halting deforestation and encouraging sustainable food production.”

While most of the prince’s visits with various US Presidents went well, that wasn’t the case for his visit with Donald Trump. Charles and Camilla were hosting the president for tea at Clarence House in 2019. Reportedly, he kept the couple waiting, showing up over an hour late. 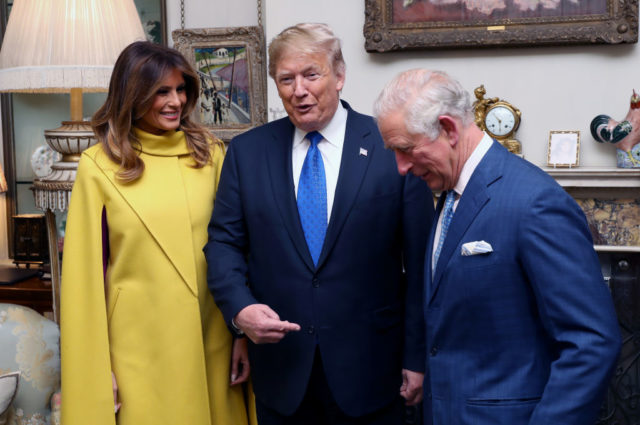 One of their more exciting meetings occurred during a gala for NATO leaders at Buckingham Palace during the same visit. Some believe that Prince Charles flipped off the president while he was greeting his mother, although this has not been, and never will be, confirmed.

Although President Joe Biden was only elected in November 2020, Prince Charles met with him quite soon afterward at the COP26 climate summit in Scotland in 2021. They posed and shook hands for the traditional photographs. According to the president’s senior administration, “President Biden and Prince Charles discussed the importance of global cooperation in tackling climate change.” 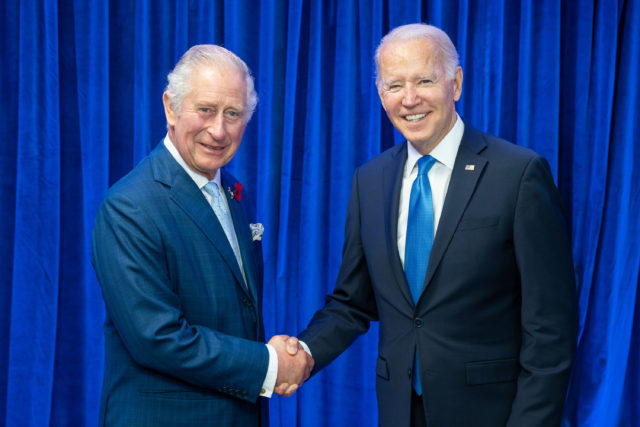 More from us: Queen Elizabeth Met 13 American Presidents – And Some Meetings Were Better Than Others

Following the death of Queen Elizabeth II, King Charles III now has a new role to take on when meeting American presidents. He will likely meet President Biden again in the future in this capacity, and potentially many other leaders as well.