Sam Cooke’s Death: Was it Really a Justifiable Homicide?

Many artists have been taken from the world far too soon. One notable singer who died right at the peak of his career was Sam Cooke, who came to be known as the King of Soul. Facts surrounding Sam Cooke’s death are a mystery, as he was murdered in what officials called a “justifiable homicide.” The events of the night are shady, and what happened shortly after his death makes the situation even murkier.

Who was Sam Cooke? 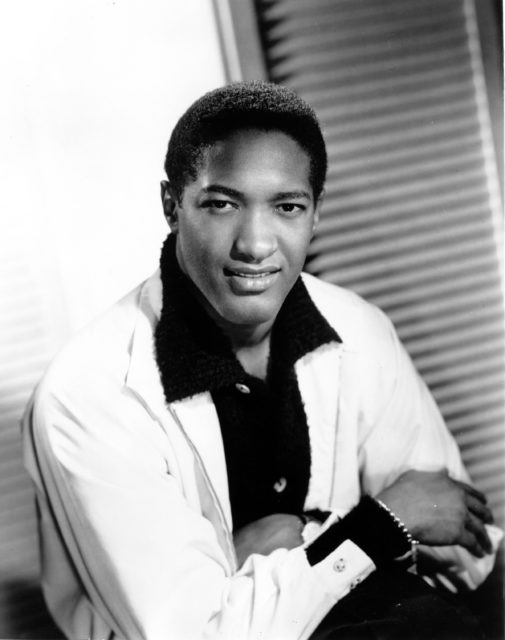 Sam Cooke (originally “Cook”) was born in Clarksdale, Mississippi in January of 1931. He was born to the Reverend Charles Cook and as such the church had a large role in his childhood. His father began a singing group with Sam and his seven siblings, but from an early age, it was clear that Sam wanted to be the star.

As a teenager, Cooke attended the same school as Nat “King” Cole, Wendell Phillips Academy High School, and promised himself he would be as famous as Cole one day. In 1947, two gentlemen heard Cooke singing while he was performing on the street and asked him to join their fledgling quartet, and the group eventually called themselves The Highway QCs.

Within a year of joining the quartet, Cooke and the others were touring parts of the US with another gospel group called the Soul Stirrers. When the lead vocalist, R.H. Harris, decided to quit the band in 1950, Cooke was offered the chance to replace him. He was only 19 years old at the time.

Cooke became the King of Soul 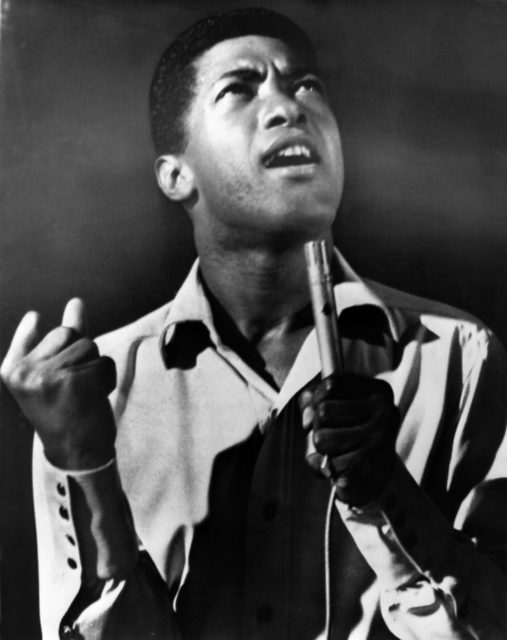 Cooke’s first solo single was called “Loveable” and was released in 1956 under the alias Dale Cook. His voice was easily recognizable, however, so the head of the record label Specialty Records, Art Rupe, agreed to let him release music under his real name. Unfortunately, “Loveable” never became a hit.

As Cooke continued to pursue music, he butted heads with Rupe, who thought he was following the same music style of Little Richard – another singer signed to his record label – too closely. This resulted in Cooke leaving Specialty Records.

The following year, Cooke released “You Send Me” which became an instant hit, reaching No. 1 on the Billboard pop chart. As he continued to release more music and more hits, he became known as the “King of Soul,” gaining immense popularity across the nation. He began his own record label and publishing company and released 29 US top 40 hits between 1957 and 1964.

At dinner, Cooke met the woman who would change the course of his life

With all of his fame, Cooke could barely enjoy a dinner out without being recognized. This is exactly what happened on the last night of his life. Cooke joined his producer and his wife, Al and Joan Schmitt, for dinner at the hottest spot in Los Angeles, Martoni’s Restaurant.

After being recognized, Cooke was pulled to the bar area for drinks and conversation. He was enjoying himself there, and soon locked eyes with a beautiful 22-year-old woman named Elisa Boyer. After dismissing the Schmitts, Cooke and Boyer cuddled up in the booth together until they were ready to leave.

Cooke drank too much but still drove himself and Boyer to a bar called PJ’s, where he got into an argument with a gentleman who was trying to hit on Boyer. At around 2 a.m., the pair got into Cooke’s Ferrari once again. Boyer alleged that she asked Cooke to take her home, but he apparently brushed her off as he had other plans.

They booked a room at the Hacienda Motel 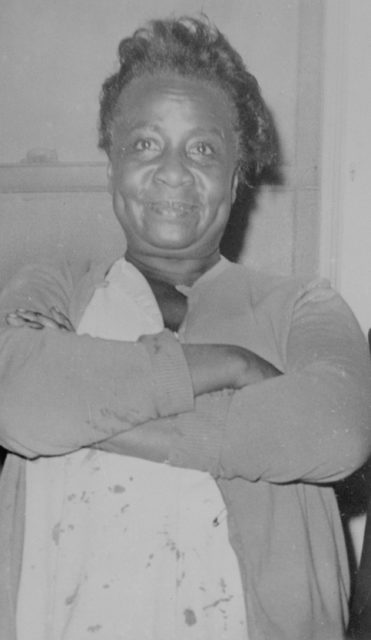 Cooke drove them to the Hacienda Motel, the perfect place for short stays thanks to its cheap $3-per-hour rate. He signed himself and Boyer into a room, and this is where things get rocky. As Boyer described it, Cooke pulled her into the room, pushed her onto the bed, and began to take her clothes off. “I knew he was going to rape me,” she said during her testimony.

She was able to get up and go to the bathroom, hoping to escape through the window, only to find that the window was painted shut. Instead, she waited for Cooke to go to the bathroom, grabbed a handful of clothes from the floor, and ran. At first she tried knocking on the motel clerk’s door, whose name was Bertha Franklin, but there was no answer, so she ran about a block to a payphone to call the police.

Boyer claims it was accidental, but when she grabbed her things, she also grabbed a wad of cash Cooke was carrying as well as his wallet. When Cooke saw that she had split with his money, he became enraged. Assuming that Franklin was hiding Boyer, he went straight for her door wearing only a sports jacket and began knocking aggressively, asking where the young woman was. 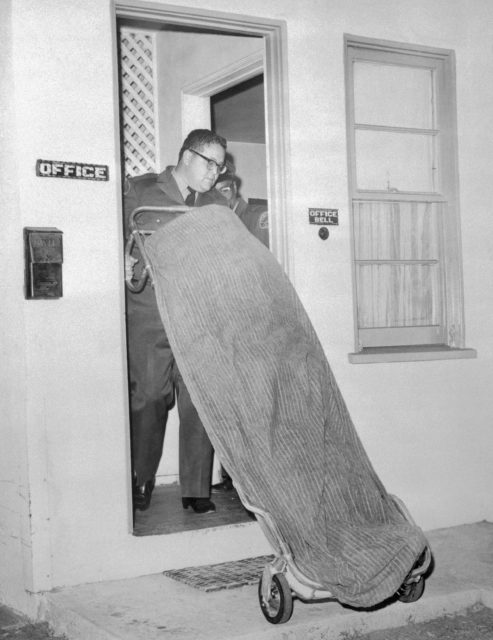 The body of Sam Cooke is removed from the office of the Hacienda Motel. According to police, Cooke was shot and killed by the manager of the motel when he kicked in the door of her apartment. Officers said they learned later that Cooke was searching for a female companion who was located later. (Photo Credit: Bettmann / Getty Images)

Cooke was so enraged, he eventually broke down Franklin’s door. Franklin claims that Cooke grabbed her wrists and started twisting them, asking her where Boyer was, and she attacked him in an act of self-defense.

Franklin began scratching and biting Cooke, and when she finally pushed him off her, she grabbed her pistol and shot at him. The first two rounds missed, but the third shot fired right through his heart and lung. His final words were, “Lady, you shot me!” before he ultimately collapsed. Franklin was responsible for Sam Cooke’s death.

It took a while for the Los Angeles police force to arrive at the scene, as shootings in the South Central part of the city were quite common. Taking a leisurely approach at first, it wasn’t until they learned who had been killed that they realized the importance of the situation. In the end, the incident was declared a justifiable homicide. 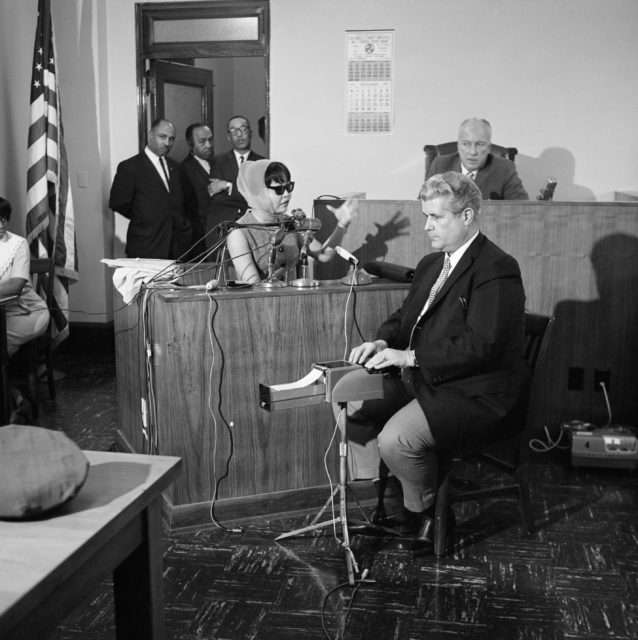 Five days after Cooke’s death, both Boyer and Franklin were made to retell their stories in a hasty proceeding that allowed Cooke’s lawyers to only ask one question. As a result, so many questions were left unanswered, and there are plenty of controversies surrounding his death.

First, the credit cards from Cooke’s wallet had mysteriously disappeared, but when the police found a money clip with $108 in the pocket of the jacket he was wearing when he died, they never looked into it.

Second, many question whether it could be considered a justifiable homicide as he was only wearing a sports jacket at the time of his death and he was holding no offensive weapon on him. Also, many believe Franklin didn’t actually fear for her life during the situation, so there was no need to pull a gun.

Some wonder if Franklin and Boyer were working together in an attempt to rob an unlucky victim, who just happened to be Cooke that night. Franklin was once an infamous madam with an impressive criminal record, and a month after Cooke’s death, Boyer was arrested for prostitution. Years later, she was also convicted of second-degree murder in a completely unrelated incident. 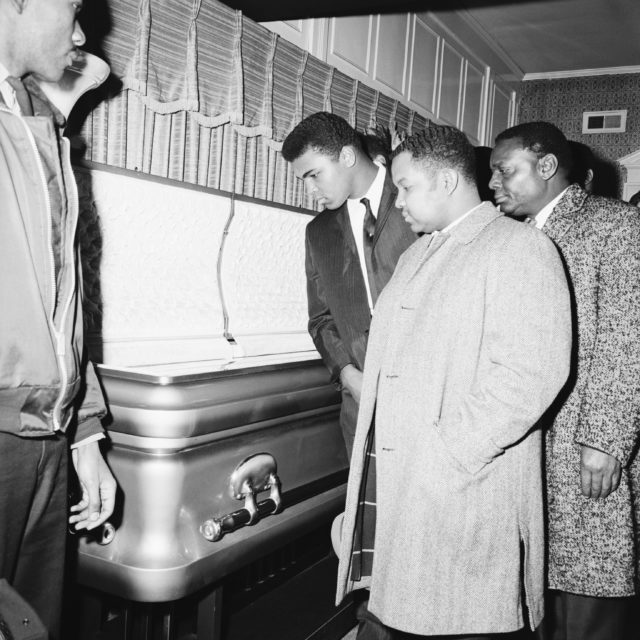 One of the most controversial aspects of Cooke’s death was the state of his body versus the official autopsy report. The official autopsy recorded the bullet wounds and a blow to the head. Franklin explained that after she shot him, she switched to a broomstick and hit him until he collapsed.

In Etta James’ memoir, she described seeing the state of Cooke’s body at his funeral, stating that he had broken, crushed hands, a busted nose, and that his head was almost entirely detached from his body. Interestingly, Franklin had no visible scratches, marks, or bruises to corroborate her testimony.

Was the FBI involved? 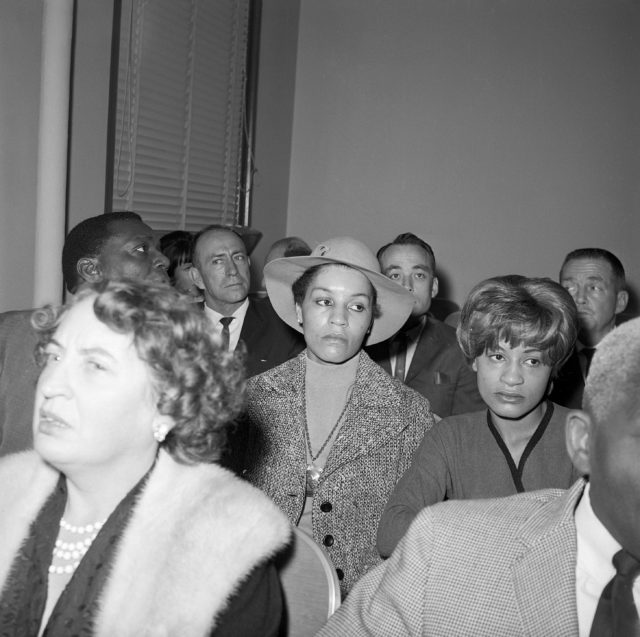 Some believe that the reason the Los Angeles police did not take Cooke’s murder seriously enough was because the FBI was involved. At the time, the FBI was run by J. Edgar Hoover, who was deeply paranoid and wished to keep tabs on people he felt opposed or undermined his position.

As Cooke was not only a key public figure through his music career, but also a pillar of the Civil Rights movement, many believe the FBI interjected in a racially motivated attempt to put a stop to his power. However, this is just speculation and there is no evidence to suggest this is true.

Two funerals and no concrete answers 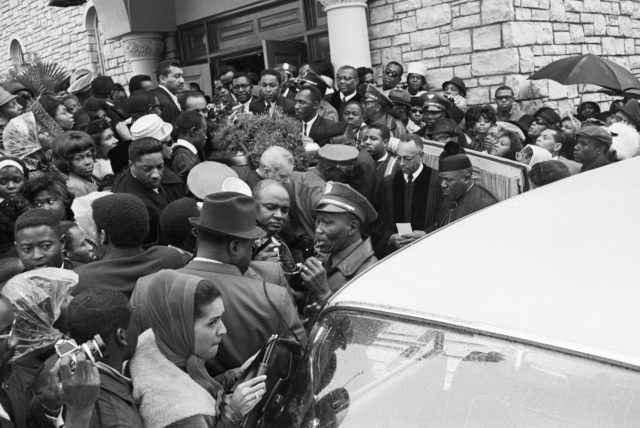 The casket containing the body of singer Sam Cooke is barely visible in the crowd of people on hand at Mount Sinai Baptist Church to pay their last respects to the popular 33-year-old singer who was shot to death by a motel manager when he burst into her office apartment. The crowd overflowed the church and many stood outside in a steady rain during funeral services. (Photo Credit: Bettmann / Getty Images)

Despite the negative reputation this shed on Cooke, his legacy as the King of Soul transcended the scandal and hundreds of thousands of people came out to pay their respects and his funerals. The first of two was held in Chicago.

The second funeral was held in Los Angeles, where his friend Ray Charles performed at the service. Franklin was released from all charges and went into hiding, but she sued the Cooke estate for $200,000 as payment for the mental struggles and physical injuries allegedly caused that fateful evening.

The jury ruled in favor of Franklin but awarded her only $30,000, and Cooke’s wife, Barbara, counter-sued Franklin looking for a couple thousand dollars to help pay the cost of the two funerals.

In the end, no one knows exactly what happened that night to cause Sam Cooke’s death, and the entire story is shrouded in mystery. We may never know the full truth, but the King of Soul’s legacy will certainly live on.