The funeral of Queen Elizabeth II on September 19, 2022, drew an audience of millions from around the world who watched the event from overseas or witnessed the London-based procession in person. There were many items that drew a lot of curiosity during the event including the flowers laid on the coffin, the handwritten note, and the Crown Jewels.

One item, however, received much less positive attention: the Queen’s scepter. Inlaid with a large diamond, the scepter was placed on top of the coffin as it represents the Crown’s power and governance. A group of South African activists are now calling for the return of the scepter’s crowning diamond, which they claim was stolen from them.

The Great Star of Africa

The diamond in question is known as the Great Star of Africa, or Cullinan I. The Cullinan diamond was the largest high-quality diamond ever found. It weighed in at an impressive 1.37 pounds and was discovered in a mine owned by Thomas Cullinan, the Premier No. 2 mine, in South Africa on January 26, 1905. Later the same year, it was put up for sale in London, England. 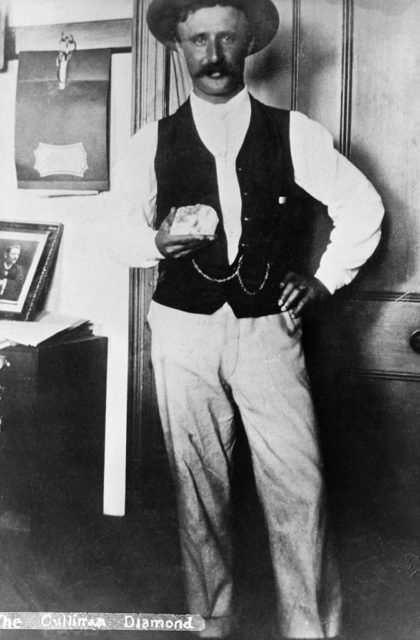 There was significant interest in the fantastic diamond, but no one purchased it even after two years on the market. It wasn’t until the Transvaal Colony Government bought it and presented it as a gift to King Edward VII that it changed hands. The diamond was so large that in order for it to be used, it had to be split into many different pieces. The King had this done by Joseph Asscher & Co. in Amsterdam.

The Sovereign’s Sceptre with Cross

It was a lengthy process to have the pieces finished, taking three workers eight months while working over 14 hours a day to finish them all. Once they were done, the largest of the stones was designated to be added to the Sovereign’s Scepter with Cross. This part of the Crown Jewels was first created for the coronation of King Charles II in 1661, and has been used for the coronation of every monarch thereafter. 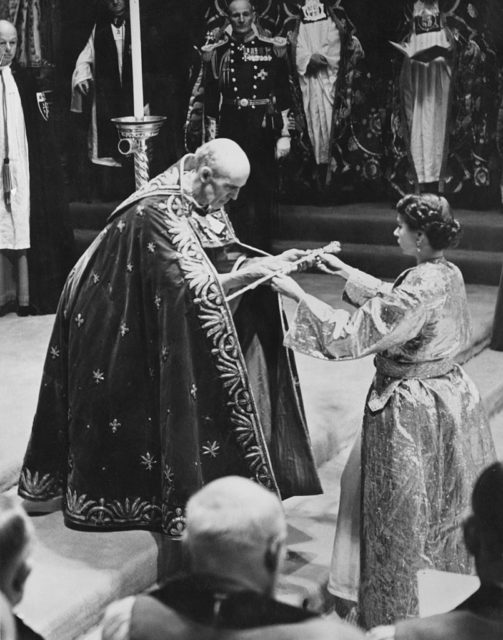 The diamond was incorporated into the Sovereign’s Sceptre using gold clasps so that it can be taken out and and hung from the sister diamond on the crown, or worn independently. The second largest piece (Cullinan II) was mounted on the top of the Imperial State Crown in 1910. There were seven other remaining major pieces of the main rough diamond, all of which were passed from Queen Mary to Queen Elizabeth II in 1953, along with many other small fragments from the large stone.

Calls for the diamond’s safe return

Following the death of Queen Elizabeth II, calls to have the pieces of the Cullinan diamond returned to South Africa came from activists. They claim that the jewels were stolen from their country. As explained by a professor of African politics at the University of South Africa, “Our narrative is that the whole Transvaal and Union of South Africa governments and the concomitant mining syndicates were illegal. Receiving a stolen diamond does not exonerate the receiver.” 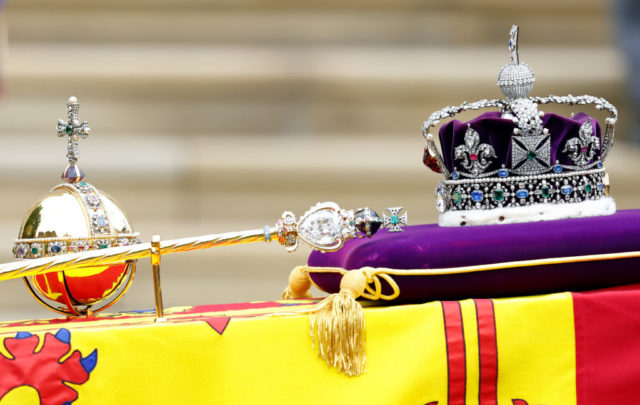 One of the activists, Thanduxolo Sabelo, said “The Cullinan Diamond must be returned to South Africa with immediate effect. The minerals of our country and other countries continue to benefit Britain at the expense of our people.” After the activists first spoke out, over 7,000 people signed a petition stating they wanted the jewels to be returned to their country and put into a museum.

More from us: How Much Was Queen Elizabeth II Worth at the Time of Her Death?

The South African diamonds used in the Crown Jewels are only a few of many items that people are calling to have returned following the Queen’s death. One of the others is the Koh-i-Noor diamond from India, which was taken from the 11-year-old Maharaja Duleep Singh in 1849 by the East India Company, and eventually incorporated into a crown made for the Queen Mother.