The Breast Pump Has Sucked for Centuries

While many modern moms use breast pumps to help save time, build up a supply, or because they can’t feed directly from the breast, the device has actually been around for over 150 years. The first patent for a breast pump was placed in 1854, and since then the entire process of breastfeeding has become easier, more efficient, and well – less “sucky.”

Breast pumps have become an especially helpful tool for today’s parents, permitting dads and other family members to feed their babies, or allowing mothers to go to work outside the home while still providing essential sustenance for their little ones. But the first pumps weren’t designed for convenience, they were actually a life-saving intervention. 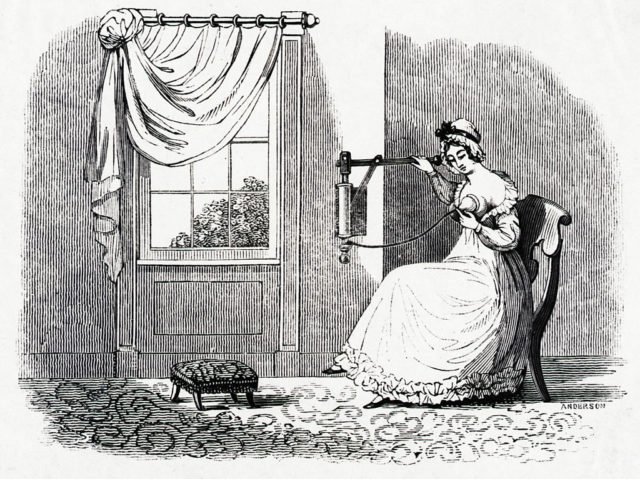 A drawing of a woman using a breast pump, circa 1830. (Photo Credit: Bettmann / Getty Images)

Pumps were traditionally used for short-term issues like providing milk for infants too weak to nurse, preventing mastitis, and allowing injured nipples to heal. Unfortunately, some of these early devices did more harm than good for many babies. Over the last two millennia, the average rate of global infant deaths has dropped from 26.9 percent to just 2.9 percent, largely thanks to widespread knowledge of how bacteria work. 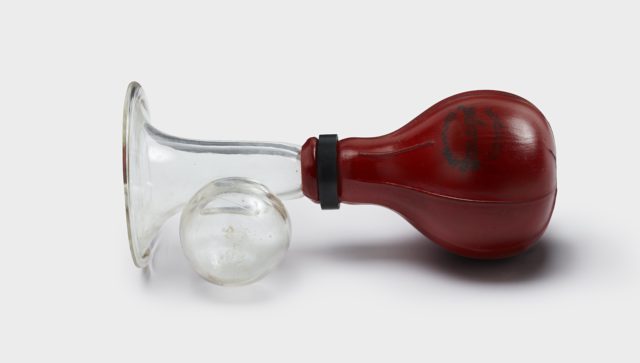 The earliest evidence of breast pumps was unearthed by archeologists in Greece, who discovered ceramic vessels dating back to the 5th century BCE. The vessels were filled with water and placed over the breast, then a spout could be opened and closed with a finger to create enough suction to draw out the milk.

By the 2nd century CE, ancient Romans had added long straws that allowed the lactator to provide suction. By the 19th century, these “breast pipes” were still in use. By the time the industrial revolution rolled around, breast pumps were just one of many items to undergo mechanization. According to Obladen, a German hospital worker in 1774 described a breast pump that used a hand-powered piston to extract milk. 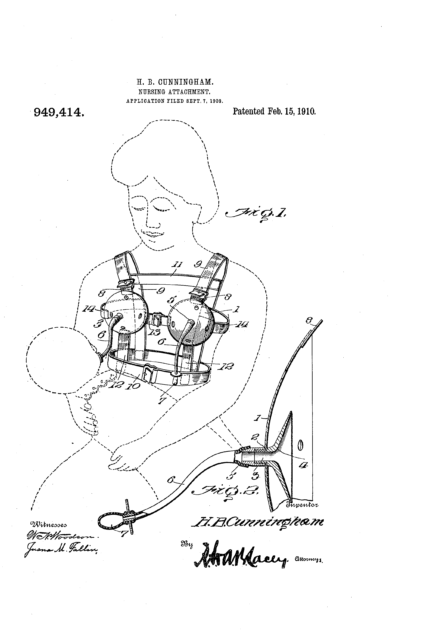 Innovation accelerated again when the first U.S. patent for a breast pump was issued in 1854. The design used hand-powered bellows to create suction. Other patents, like one from 1910, use a device that is strapped to the full torso of the woman under her clothes. This pump used a tube that attached to the breast, making feeding in public more convenient while maintaining modesty.

The danger of pumping

All of these devices, while helpful, were very impractical. According to curator Michelle Fisher, who designed an exhibition about motherhood, these breast pumps “never came from somebody whose chief role was thinking deeply about human milk and lactation.” The devices were typically designed by men with little medical experience who were looking to turn a profit, not genuinely help mothers. 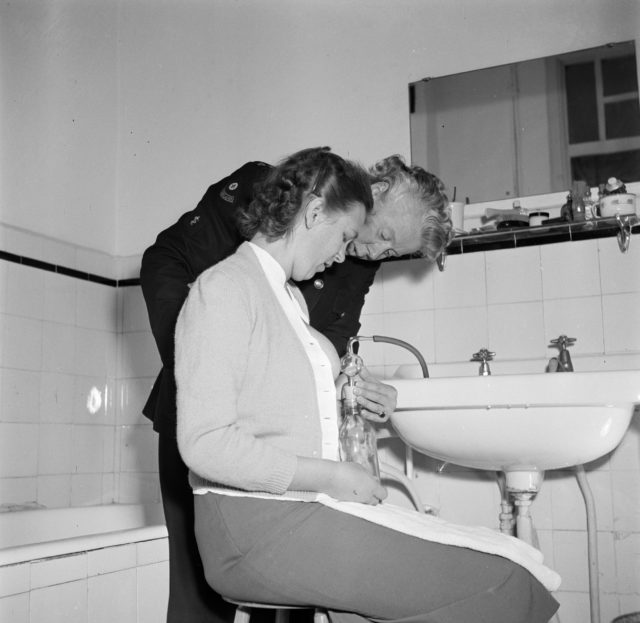 Most historically used breast pumps were also difficult to clean, and combined with little knowledge of germ theory, many mothers put their baby’s health at risk. Limited access to refrigeration also created perfect conditions for bacteria to thrive in expressed breast milk.

But how many women actually used breast pumps prior to the 21st century? Most women never used these cumbersome contraptions, whether it be because they couldn’t afford them or because regular breastfeeding was more convenient. Some mothers could not breastfeed at all, using wet nurses.

More from us: Professor Takes to Twitter to Correct Historic Misconceptions About Breastfeeding

Breast pumps have come a long way. Widely available to suit the needs of each lactator, pumps can be found in hospital maternity wards and in-home nurseries. Thankfully, sterilization and proper milk storage are now common knowledge, leaving the sucky history of the breast pump in the past.