There are songs written by different artists who are so well-known that one would be hard-pressed to find someone who’d never heard them. Two of these are, of course, Queen’s “Bohemian Rhapsody” and “Hey Jude” by The Beatles.

The former is belted at full volume at bars around the world, while the latter proved it’s popularity at the 2012 Olympics, when Paul McCartney performed it to an exhilarated crowd. Despite their popularity, the two songs were recorded seven years apart. They do, however, share a very unexpected connection.

“Hey Jude” by The Beatles 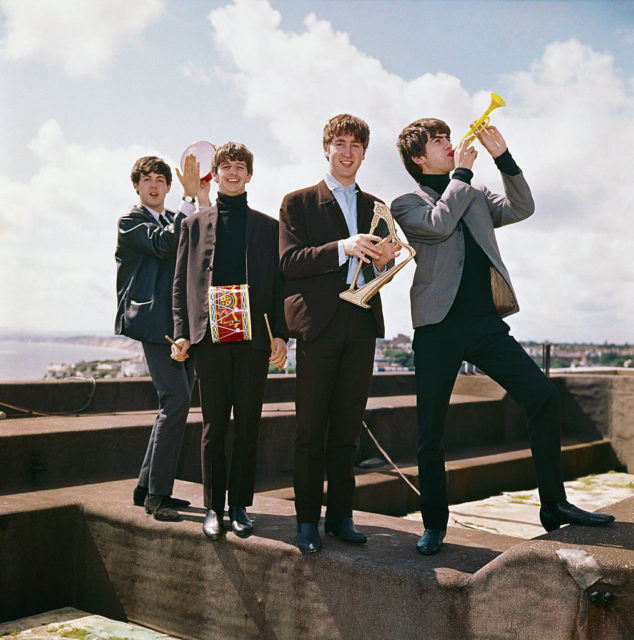 The Beatles on the roof of the Palace Court Hotel during their six-night residency at the Gaumont Theatre, August 1963. (Photo Credit: Michael Ochs Archives / Getty Images)

Of the two songs, “Hey Jude” was recorded first. The track was released as a single in 1968, having been written by McCartney and John Lennon. It was McCartney who came up with the idea, after visiting Lennon’s ex-wife, Cynthia, after the pair divorced following his involvement with Yoko Ono.

It was initially supposed to be titled “Hey Jules,” after Lennon’s son, Julian. Ultimately, The Beatles changed the name to “Jude,” as they felt it sounded better. The song was extremely successful from the get go, becoming a number one hit throughout the world. It was the year’s highest selling single in the United Kingdom, the United States, Australia and Canada – in fact, it had a nine-week run on the Billboard Hot 100, becoming the band’s longest-charting song.

As part of Queen’s fourth album, A Night at the Opera, “Bohemian Rhapsody” was released on October 31, 1975. It was composed by the band’s lead singer, Freddie Mercury. When the single came out, critics were divided. Over time, however, it’s become not just one of Queen’s most popular songs, but also one of the greatest rock tracks ever recorded. 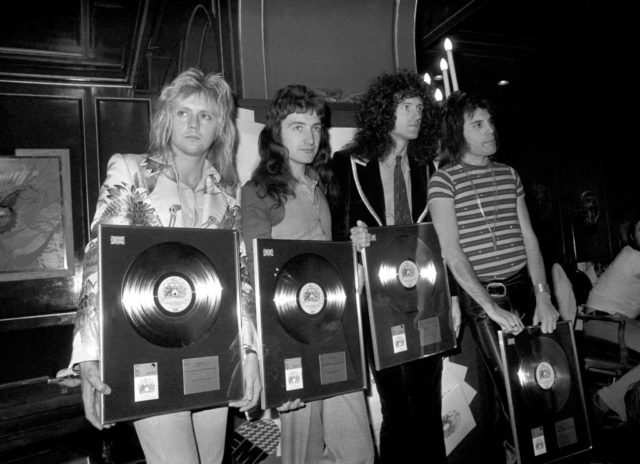 Queen with the Silver, Gold and Platinum awards they received from the British Phonographic Institute for the sales of “Bohemian Rhapsody” and two albums, September 1976. (Photo Credit: PA Images / Getty Images)

Later in life, Jim Hutton, Mercury’s long-term partner, spoke about frontman’s inspiration for the song, saying, “‘Bohemian Rhapsody’ was Freddie’s confessional. It was about how different his life could have been, and how much happier he might have been, had he just been able to be himself, the whole of his life.”

Tim Rice, who’d worked with Mercury in the past, added that “this was Freddie’s coming out song.”

So what, exactly, is the connection between these two songs, which were created by two different bands, with two different sounds, and released seven years apart?

Mercury and McCartney used the same piano during the recording process, as both bands recorded their respective singles at London-based Trident Studios. It was a Bechstein Grand Piano, which was almost 100 years old when the songs were recorded. 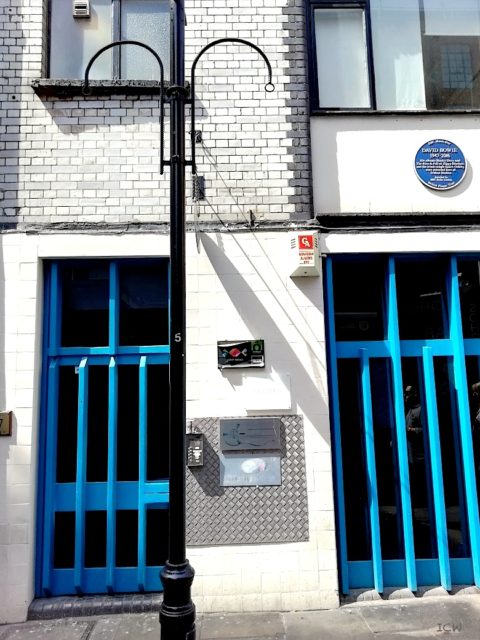 The same piano can also be heard on the recordings for “Your Song” by Elton John, “The Right Thing To Do” by Carly Simon and “Killer Queen” by Queen. Although the instrument would go on to become one of the features of Trident Studios, it actually wasn’t the reason The Beatles chose to record there. Rather, it was because the newly-opened studio had the only eight-track recorder in the UK at the time.

More from us: Here’s What 10 Famous Voices Look Like in Real Life

McCartney fondly remembered The Beatles’ time recording at Trident, saying, “Words cannot describe the pleasure of listening back to the final mix of ‘Hey Jude’ on four giant Tannoy speakers which dwarfed everything else in the room.”

By the time Queen recorded there, the location was much more popular. A variety of famous artists had recorded music there, including David Bowie, The Rolling Stones and Dusty Springfield.