Here’s What 10 Famous Voices Look Like in Real Life

Voice actors are the unsung heroes of the film and television world, but since we rarely see them in real life their looks can be deceiving. The faces of these ten famous voices may surprise you! 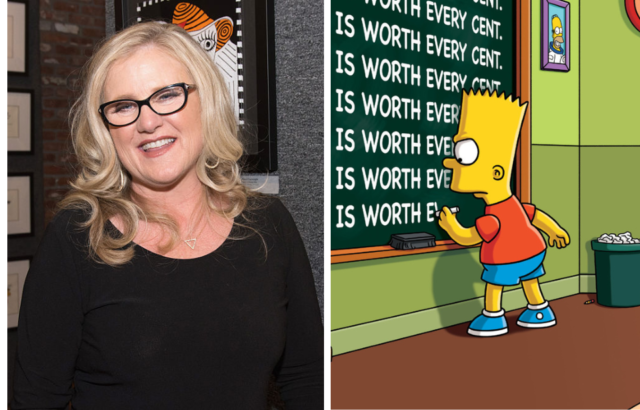 You might think that six of the main male characters on the hit animated series The Simpsons would be voiced by men, but the incredible voice of Nancy Cartwright is actually behind beloved characters like Bart Simpson, Nelson Muntz, Todd Flanders, and Ralph Wiggum. Cartwright has voiced Bart for over 30 years but has also contributed to other childhood favorites like Rugrats, Kim Possible, and Disney classics The Little Mermaid (1989) and Anastasia (1997). 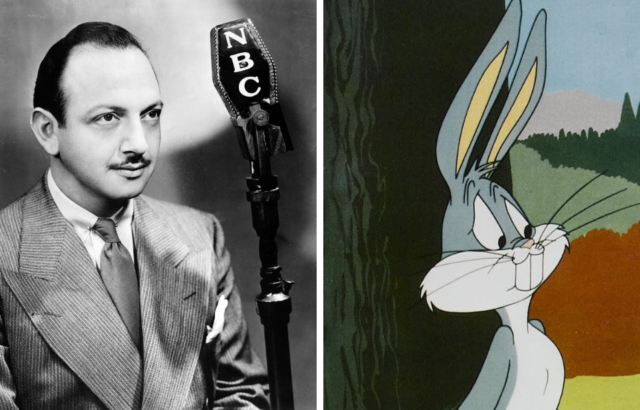 Mel Blanc is known as “The Man with A Thousand Voices” – and it’s no exaggeration. As one of the most prolific actors in Hollywood history, his name is listed on over 1,000 screen credits. Blanc developed and performed 400 distinct characters’ voices, but his most popular program was Warner Bros. Looney Tunes.

Blanc didn’t just voice the hilarious Bugs Bunny, he practically voiced the entire cast of characters we all grew up watching on Saturday mornings. The voices of Porky Pig, Daffy Duck, Elmer Fudd, Tweety Bird, Yosemite Sam, Wile E. Coyote, Roadrunner, Taz the Tazmanian Devil, and countless others were all from the same person! 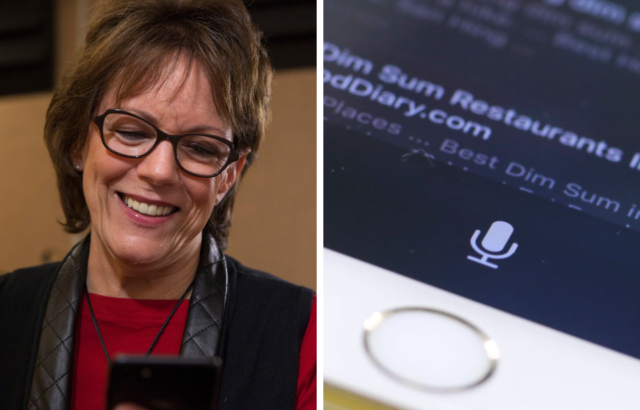 If you have an iPhone, it’s likely you’ve had a least one conversation with Siri, the virtual assistant who can help you solve a problem or find the nearest coffee shop. Siri’s real name is actually Susan Bennett, who voiced the tech helper that was introduced with the iPhone 4S in 2011. 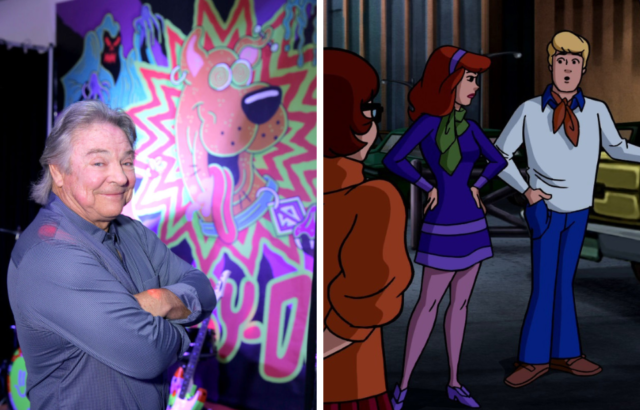 Frank Welker is famous for being the voice of Fred Jones, one of the leading ghostbusters in the iconic series Scooby-Doo, Where Are You! Welker looked for clues and solved mysteries with his “gang” including Casey Kasem (Shaggy), Nicole Jaffe (Velma), Don Messick (Scooby-Doo), and Heather North (Daphne).

Welker has also voiced several Autobots from the Transformers franchise and reboots of classic shows like Smurfs: The Lost Village (2017), Curious George (2019), and newer Scooby-Doo films. 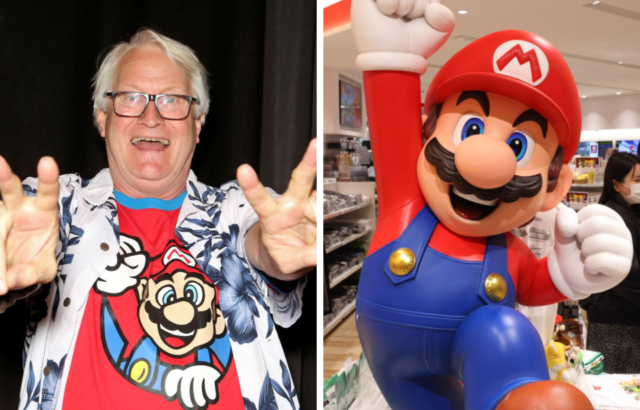 Japanese game company Nintendo first introduced Super Mario in 1981, but it was Charles Martinent who brought the character to life with his iconic phrase “It’s-a-me! Mario!” Mario was a silent character until 1990 when Nintendo developed an attraction for video game trade shows called “Mario in Real-Time,” which allowed players to hear Mario’s voice through a 3-D Mario head that could move and talk.

The system required a hidden camera and a facial motion capture setup that allowed the actor’s mouth movements to appear on the screen. Martinet was told about an audition looking for an actor to “talk to people like a plumber.” He arrived last minute just as the casting directors were packing up. He was given a chance to read the part and was told to pretend to be an “Italian plumber from Brooklyn.” Speaking in a high pitch and cheery voice, Martinet’s rendition of Mario landed him a lifelong gig as a virtual plumber. 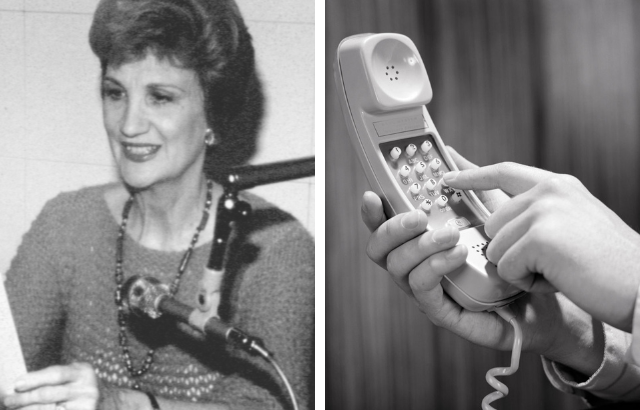 The late Jane Barbe is considered to be the most famous telephone voice in history. Her voice was used in thousands of recordings for the Octel Communications voice mail system developed in 1996. By 2000, 300 million people each week heard Jane’s voice on commands like “If you’d like to make a call, please hang up and try again. If you need help, hang up and then dial your operator.” 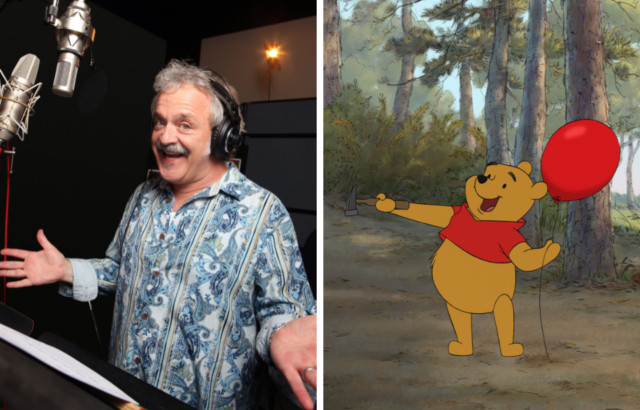 The whimsical world of the Hundred Acre Wood was made all the more magical with the loveable voice of Winnie the Pooh, a bear who loves “hunny” and his gang of forest friends. Voiced by Jim Cummings, Pooh Bear continues to be a popular children’s character. Cummings also voices other characters like Tigger and has been featured in other Disney productions including Pocahontas (1995) and The Princess and the Frog (2009). 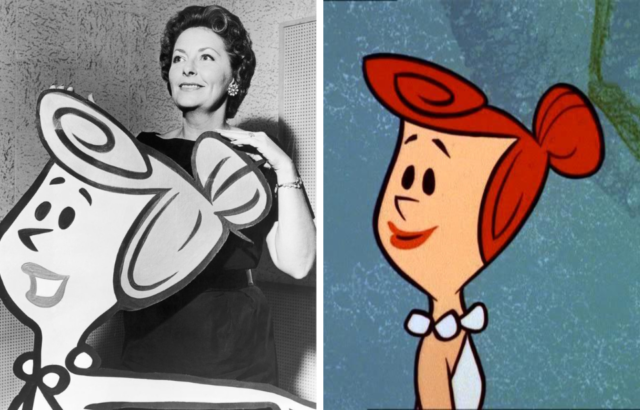 The voice of Fred Flintstone’s loving and patient wife Wilma, Jean Vander Pyl was a celebrated voice actress involved in classic Hanna-Barbera productions like The Flintstones and The Jetsons. Vander Pyl also guest-starred in a number of hit TV shows from the ’60s and ’70s including Leave It to Beaver and The Beverly Hillbillies. 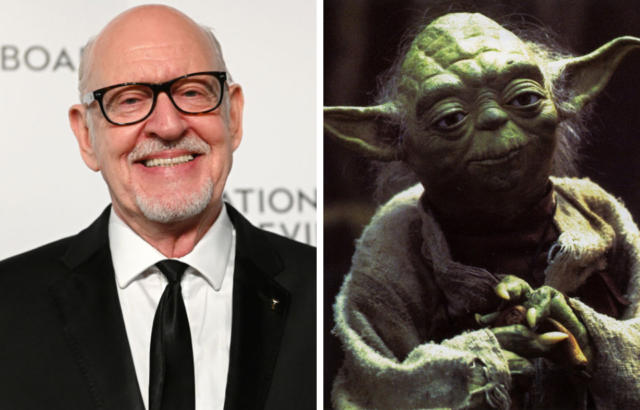 Voice of Yoda, Frank Oz is. Surprisingly, Oz comes from a family of puppeteers and his long list of credits proves it. As one of the primary puppeteers who helped Jim Henson to develop Sesame Street and The Muppet Show, Oz was involved in 75 other Henson productions throughout his career.

When George Lucas approached Henson to play the part of Yoda in Star Wars: Episode V – The Empire Strikes Back, Henson declined but offered the role to Oz instead. Oz was responsible for developing Yoda’s iconic (and jumbled) syntax, and he returned to the franchise for each new film even when Yoda became a computer-generated character. 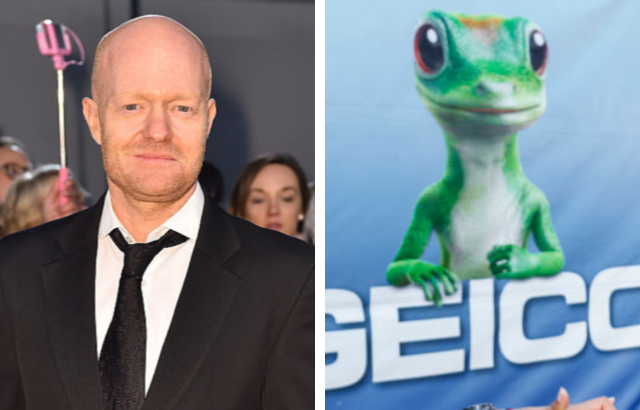 It’s thanks to Jake Wood that everyone knows “fifteen minutes could save you fifteen percent or more on car insurance.”

More from us: Meet The Bond Girl You Didn’t See

As the voice of the loveable (and award-winning) British Gecko and mascot of GEICO Insurance, Wood also acts in non-reptile form in popular British shows like EastEnders.

« The Two Major Regrets Paul Newman Had at the Time of His Death
Phoenix: The Powerful Symbolism of the Mythical Firebird »