Margaret Hamilton’s ‘Sesame Street’ Episode Was Too Scary For Children

Imagine having one movie role define the way that everyone saw you. This is what happened to actress Margaret Hamilton after playing her most famous role, the Wicked Witch of the West in The Wizard of Oz. Her green face and witch’s cackle became the stuff of nightmares for many.

It was children, specifically, who had a difficult time differentiating her from her role as an evil witch. They would often ask the actress why she was so mean to Dorothy in the film. This is part of the reason why, when Hamilton was featured on an episode of Sesame Street, the episode was considered far too scary for children and was removed from syndication.

Margaret Hamilton was born in Cleveland, Ohio in 1902. Although she was involved in some children’s theater when she was young, she worked as a kindergarten school teacher for many years before taking up a career in acting full-time. 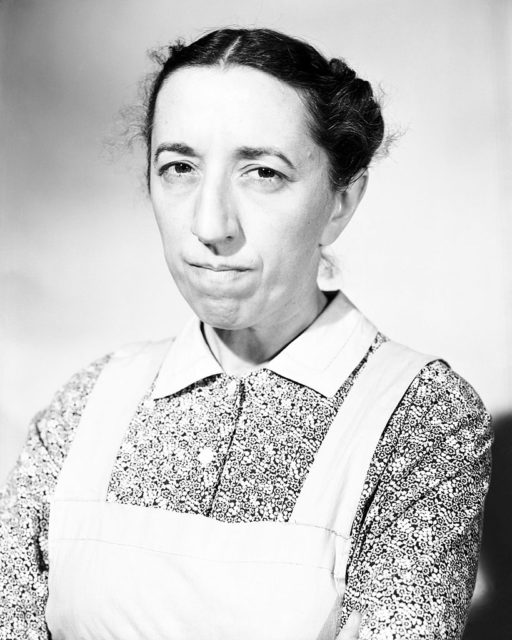 She eventually made the decision to start acting full-time. She appeared for a few years in smaller productions before being cast in The Wizard of Oz in 1939. She also had a very extensive career after the role as well. But it is, of course, her portrayal of the Wicked Witch of the West for which she is most famous.

Filming The Wizard of Oz

Hamilton was actually the second choice to play the Wicked Witch of the West. The role was originally supposed to go to Gale Sondergaard who would play a glamorous and beautiful witch. When MGM decided to go in the direction of an ugly witch, Sondergaard decided to leave the film and the role was recast with Hamilton. 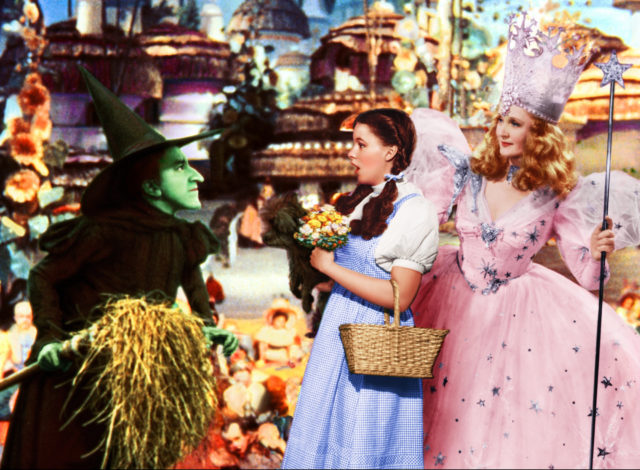 Margaret Hamilton as the Wicked Witch of the West in the Wizard of Oz. (Photo Credit: Warner Bros. & Metro-Goldwyn-Mayer / MovieStillsDB)

The filming of The Wizard of Oz was quite intense. It is well known that the actors weren’t always treated well while filming. Judy Garland was put on an extremely restrictive diet that included soup, black coffee, and diet pills. She was also given drugs to help her cope with the grueling production schedule for the film, sleeping pills at night, and then stimulants during the day.

While Hamilton wasn’t put on any diets like Garland, she was the victim of physical injuries while filming. Hamilton had a scene where she disappears into a cloud of fire by dropping down a trap door. In order to make sure that the trap door drop wasn’t seen in the movie, the producers delayed its opening. This resulted in Hamilton getting second- and third-degree burns on her body which needed six weeks of recovery time to heal. 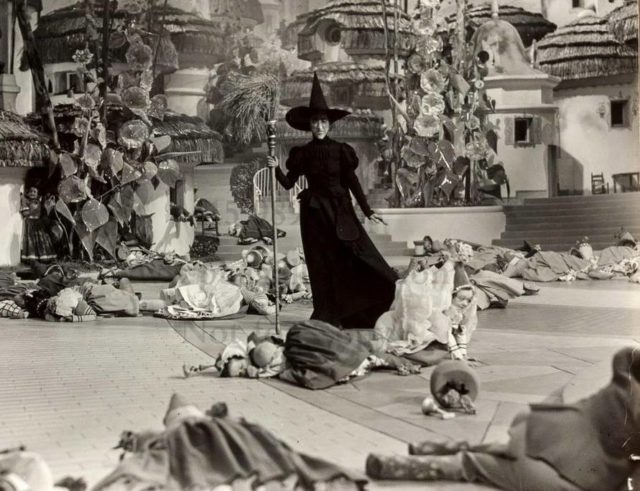 Photo of the Wicked Witch of the West standing in the middle of Munchkinland. (Photo Credit: Warner Bros. & Metro-Goldwyn-Mayer / MovieStillsDB)

This scene made it into the movie, even though Hamilton was adamant she wouldn’t work with fire again on the set. Since she refused to work with fire, her stunt double was the next one injured while filming the scene where the Wicked Witch of the West writes “Surrender Dorothy” in the sky. The double had to sit on a smoking pipe designed to look like a broomstick but it exploded, burning her as well.

Hamilton appeared in the controversial episode of Sesame Street in 1976. She appeared as the Wicked Witch of the West, who had fallen from the sky and was trying to get her broom back from Big Bird and David. The lesson that children were supposed to learn from this episode was the value of planning and implementing the plan, as well as talking about fear. 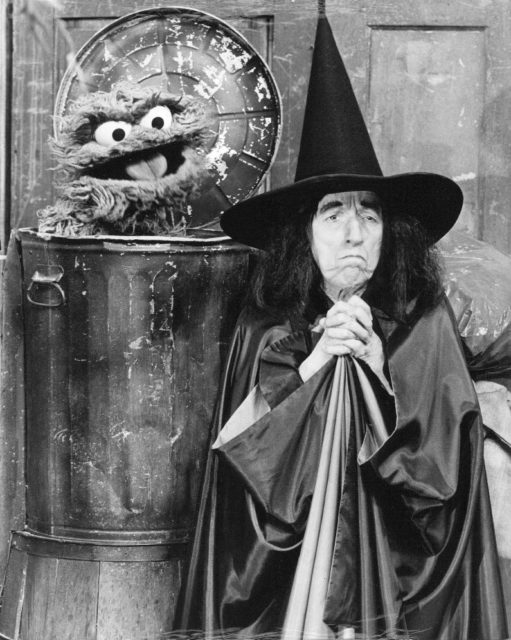 Hamilton’s episode of Sesame Street was actually aired on TV, but was very quickly pulled. The episode was only shown again once in 2019 during a “Sesame Street Lost and Found” museum screening. It was pulled because of the backlash from parents saying that the episode had scared their children. Many parents wrote letters after the episode was released, using phrases like “screams and tears” and saying that their children were completely freaked out. The studio decided to run focus groups to gauge children’s reactions to the episode and decided not to air it again.

Please won’t you be my neighbor?

Even when The Wizard of Oz was in production, she was concerned that kids would find her scary. One of the ways that she tried to fix the situation was by appearing on Mister Rogers’ Neighborhood in 1975, a year before Sesame Street. OnMister Rogers’ Neighborhood she tried to show children that the Wicked Witch of the West was just a character that she played, and not a real person.

She dressed in a very approachable way, with a pink dress, before changing into her witch costume without the green body makeup. She explained on the show, “Sometimes, Mister Rogers, I’m a little unhappy because lots of children are quite scared by her [the witch], and that always makes me feel a little sad.”

Nothing to be scared of

This was one of Hamilton’s biggest fears – that children would be scared of her for her role as the famous witch. Not only did she appear on Mister Rogers’ Neighborhood to try and change the way children viewed her, but she would also visit schools to talk to them about the character. 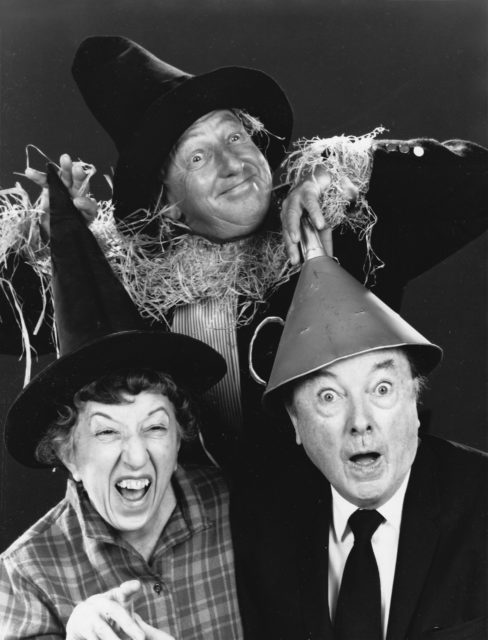 According to Hamilton, when she talked to children, “Almost always they want me to laugh like The Witch. And sometimes when I go to schools, if we’re in an auditorium, I’ll do it.” She said the laughter did seem to scare most of the kids at first. Even though Hamilton faced difficulties because of her famous role, she put a lot of effort into making sure that children knew that she was not the evil witch she played on screen.

For all her fame and notoriety in the role, Hamilton only had about 10 minutes of screen time. She’s gone down as one of the most iconic on-screen witches in history and is remembered as a very kind and sweet person.