Archeologists have made a remarkable discovery off the coast of Israel, and it’s changing history as we know it. A 1,200-year-old shipwreck was unearthed in the Mediterranean Sea, and divers recovered an impressive collection of artifacts dating back to the 7th and 8th centuries.

The ship survived a brutal war

Researchers believe the wreck was originally a merchant ship used during a turbulent time in history. More than 1,200 years ago, the Islamic republic was at war with the Christians of the Byzantine Empire as they tried to conquer the Holy Land. During times of war, day-to-day tasks like buying, selling, and trading goods, were typically put on the back burner. 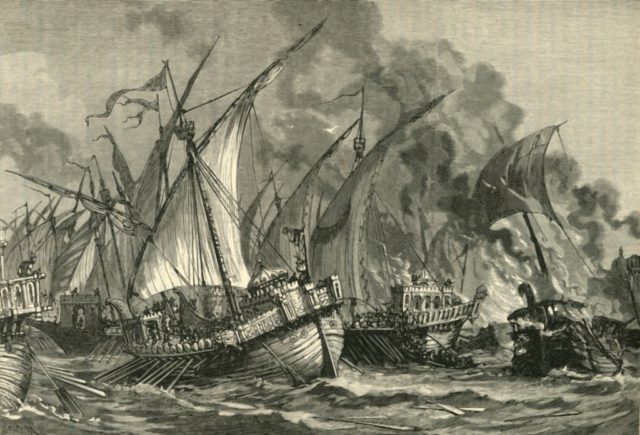 The war between the Islamic forces and the Christians of the Byzantine Empire came to a head in 717. The Umayyad Caliphate launched a siege on the capital city of Constantinople which lasted one year. 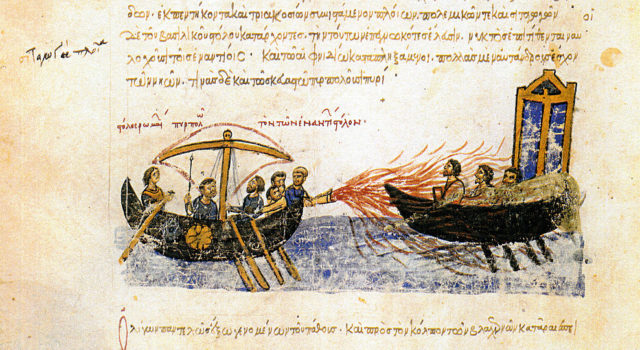 The Byzantines terrorized their enemies using Greek fire, an early form of the flame thrower, and combined with a cold winter and new political partnerships the Byzantines defeated the Umayyad.

The religious war over the Holy Land would continue on and off for almost 1,000 years until the Ottoman Empire conquered Constantinople once and for all.

Archeologists were surprised to find the large shipwreck was full of various artifacts and goods. “It is unique first because of its size… and because of its dating,” explains Deborah Cvikel, a nautical archaeologist at the University of Haifa. “The history books, they usually tell us that… commerce almost stopped. There was no international commerce in the Mediterranean. We had mainly smaller vessels sailing along the coast doing sabotage,” Cvikel added.

The stunning discovery of a 1,200-year-old shipwreck off the coast of Israel with artifacts from all over the Mediterranean contradicts a major archaeological theory pic.twitter.com/jlpavjzNtU

The wreck itself is an impressive 82 feet long and “laden with cargo from all over the Mediterranean.” Some of the cargo included over 200 clay vessels containing typical Mediterranian foods like olives, dates, and figs – also well over 1,000 years old! The ship suggests that even though a brutal war was raging on between Christian and Islamic forces, trade was still occurring across the Mediterranean, including Cyprus, Egypt, Turkey, and North Africa.

More from us: Six of the Most Intriguing Things Ever Found on Shipwrecks

The discovery tells a fascinating tale of trade and collaboration despite violence and religious differences. It provides a new perspective on life during the turbulent wars between the Christian Byzantine empire and the Islamic republic.

« Will Two Determined Brothers Crack the Mystery of Oak Island’s Treasure?
How Doris Day Defied the Odds to Become a Hollywood Star »