Edward VIII, the former King of England and Duke of Windsor, arguably had the closest ties to the German government out of anyone in the British monarchy. The second season of The Crown dedicated an entire episode to what are known as the Marburg files, which centered Edward’s alleged connections to Germany during the Second World War.

What are the Marburg files? 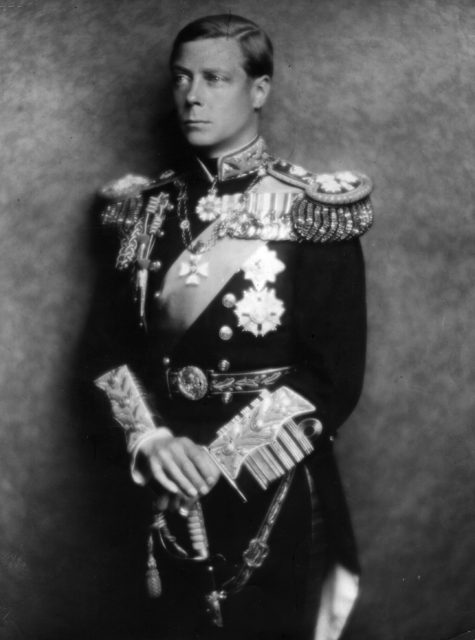 King Edward VIII in his naval uniform before his abdication from the throne in December 1936. (Photo Credit: Hulton Archive / Getty Images)

The Marburg files are a collection of top-secret German records that consist of more than 400 tons of documents, telegrams and other archival materials. They were discovered by American troops on May 1945 at Marburger Schloss and were confiscated for further examination. They contained sensitive information about the British Royal Family that was deemed inaccurate and would smear the name of Edward VIII and, ultimately, the name of the Crown. 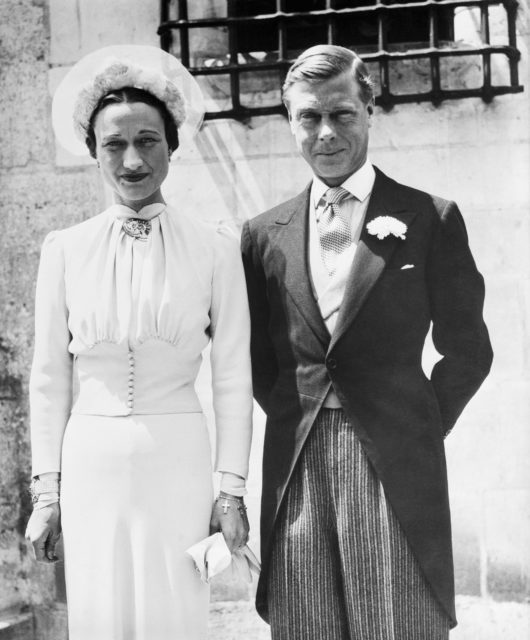 Portrait of the Duke and Duchess of Windsor after their marriage at the Château De Candé, June 1937. (Photo Credit: Bettmann / Getty Images)

In 1931, Edward met Wallis Simpson, an American socialite who’d been twice divorced. He fell in love with Simpson, despite her already being married.

After his father, King George V, died, Edward became the new King of England on January 20, 1936. While he was King, Simpson was passing confidential information found in papers on his desk to Joachim von Ribbentrop, who at the time was the German ambassador to the UK and would later become the country’s Foreign Minister. Supposedly, British Intelligence was aware of her suspicious actions.

Edward wished to marry Simpson, but the Church of England didn’t allow monarchs to marry someone who’d been divorced. In a public address, Edward said, “I have found it impossible to carry on the heavy burden of responsibility and to discharge my duties of king, as I would wish to do, without the help and support of the woman I love.” He announced he would not continue as King.

On December 10, 1936, Edward abdicated the throne to marry Simpson, demoting himself to the title of the Duke of Windsor. Simpson divorced her second husband, and the two were wed on June 3, 1937. As a result, she was given the title of Duchess of Windsor. The British government was apparently relieved to have Edward step down, their marriage having been a concern for reasons of state confidentiality.

The visit that suggested German sympathies 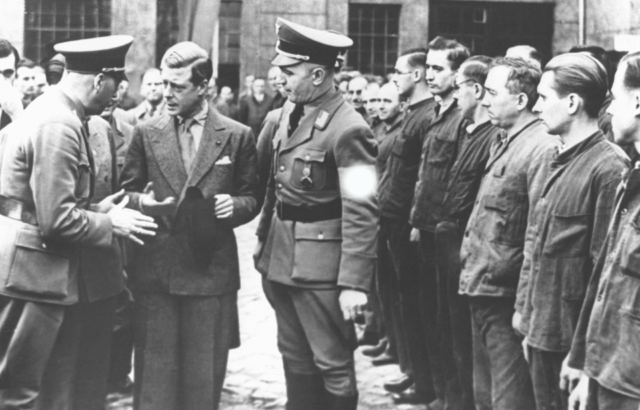 In October 1937, Edward and Simpson made a visit to Germany, where they were treated as honored guests and met with the Führer himself. The New York Times reported, “Before tea, [the Führer] showed his guests the house and the grounds. They stood for some time on the terrace looking down into Austria, with the border town of Salzburg framed between the mountains.”

The pair’s visit to Germany lasted all of two hours, but when it came to a close, the Führer gave the German Army salute – and Edward supposedly returned the gesture. Rumors spread that he and Simpson were German sympathizers, and when the Second World War finally broke out, Edward immediately became a liability for the Royal Family.

Historians disagree as to the motivations behind the duke and duchess’s trip to Germany. Royal expert Carolyn Harris believes Edward’s motivations were of a peaceful nature and an attempt to find a place for him and his wife in government after he’d abdicated the throne.

Edward’s assistant, Sir Dudley Forwood, said the entire trip was planned to make Simpson feel special, as if she had some kind of importance in state affairs. Even if this were true, Edward was clearly friendly with the German regime. It’s no surprise, then, that the Führer said, “The Duke of Windsor was an advocate of the [German] cause and could be of future use.”

A portion of the Marburg files exposed Edward’s disloyalties 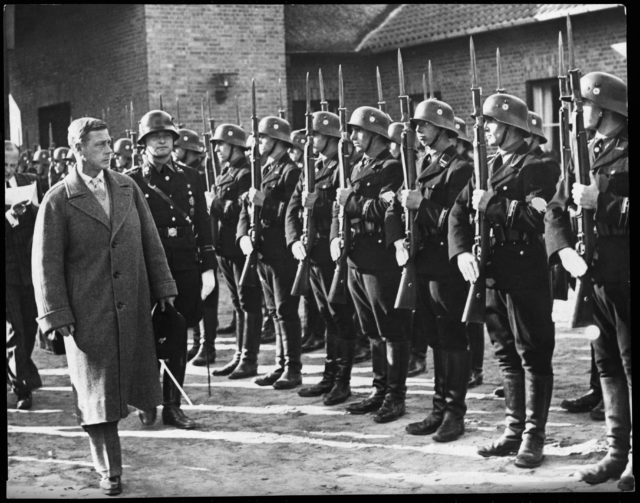 When the Marburg files were discovered, British, French and US intelligence offices were made aware of their contents. Among the files were 60 pages of archival material written by German officials and others who worked around Edward during the war. These documents became known as the “Windsor file” and seemed to confirm any suspicions about where Edward’s loyalties lay.

Within the Windsor file, diary entries quote Edward as saying it was “no business of ours to interfere in Germany’s internal affairs either re Jews or re anything.” It was also reported that he said, “Dictators are very popular these days,” and even, “We might want one in England before long.”

The Windsor file provided definitive evidence that Edward and Simpson had ties to high-ranking members of the German Army during the war. 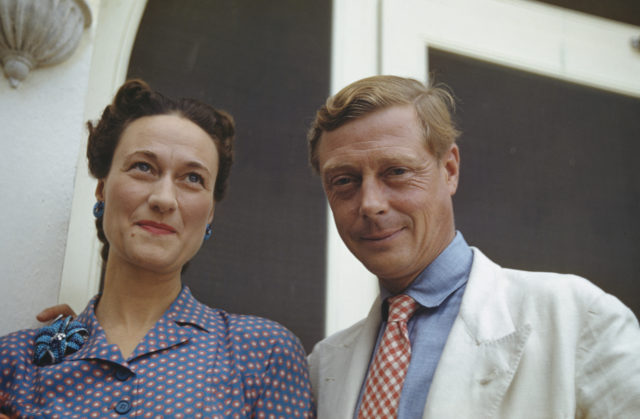 Part of the Marburg files explained a plot, devised by the German Army under the codename, “Operation Willi.” Edward had been given the title of Governor of the Bahamas by British Prime Minister Winston Churchill while he and Wallis were touring Europe. After the fall of France, they spent time in neutral Madrid, Spain and Lisbon, Portugal, before planning to travel to the Bahamas at Churchill’s request.

The Germans believed Edward was ambivalent to the war, someone they could manipulate and who would be a better ally than his brother, King George VI. There is even a telegram alleging the Duke of Windsor was “convinced that had he remained on [the] throne war would have been avoided.”

The Germans devised a plot to kidnap the couple and were surprisingly delicate with it, to the extent that they merely tried to instil a sense of paranoia in them by spreading rumors among staff about a British Secret Service assassination plot and throwing pebbles at their bedroom windows in Lisbon, hoping to scare them back to Madrid.

Some telegrams in the Marburg files indicate Edward and Simpson were both aware of the plan. They were allegedly informed that, following their kidnapping, the German Army would work with Edward to blackmail Britain and overthrow the monarchy. This would put the Duke of Windsor back on the throne.

Per one telegram, Simpson was fond of the scheme, as “when [an] agent then remarked the course of war may produce changes even in the British constitution the Duchess, in particular, became very thoughtful.” Operation Willi was ultimately unsuccessful, and the couple continued their journey to the Bahamas.

Winston Churchill fought to keep the documents from being released 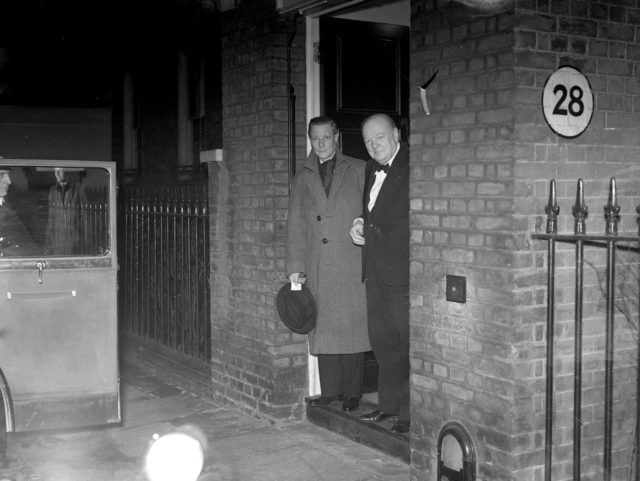 When the Marburg files were found, Churchill and the Crown immediately set to work trying to suppress the information involving Edward and Simpson. He wanted to destroy all traces of the files, believing the documents, telegrams and letters to be German propaganda.

Churchill pleaded with then-US President Dwight D. Eisenhower to refrain from releasing the evidence for at least 10-20 years. He believed that, if the files were released, they would send the message that the Duke of Windsor was listening to the Germans. Eisenhower ultimately agreed that the correspondence must have been concocted for propaganda purposes.

Officials from Britain, France and the US agreed that historians could peruse through the Marburg files and publish whatever they felt should be revealed to the public following the end of the war. This didn’t initially include the suppressed Windsor file. In fact, some parts of it were intended to stay hidden from for at least a century, but that obviously didn’t happen.

Buckingham Palace had to make a statement about the Marburg files 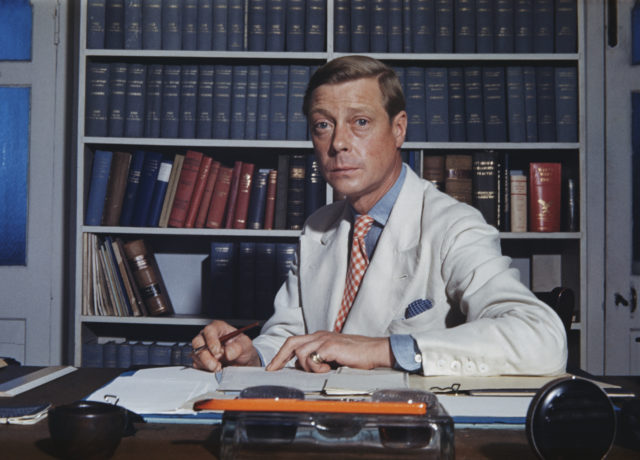 Following the release, Edward immediately denounced the claims of betrayal as “complete fabrications.” As he was still part of the Royal Family, Buckingham Palace released a statement shortly afterward, saying, “His Royal Highness never wavered in his loyalty to the British cause. The German records are necessarily a much tainted source. The only firm evidence which they provide is of what the Germans were trying to do in the matter, and of how completely they failed to do it.”

However, many were unsure as to whether Edward’s loyalties really did lie with the UK or if he was a German sympathizer.

After the Marburg files were released, the front page of The New York Times covered the story. “Whether the reports on the Duke of Windsor accurately reflected his thinking at the time or whether they were merely … cocktail party gossip is impossible to tell from the diplomatic reports,” wrote said journalist Russell Baker.

Today, historians are still divided as to whether the files shed light on the truth of Edward’s loyalties or if they were propaganda. The Duke and Duchess of Windsor lived out the rest of their lives in France, and he was never tried for treason.

« Blue Fibers Found in the Teeth of Maya Sacrifices May Offer Clues About Their Deaths
Netflix Actors vs. Their Real-Life Characters in ‘The Empress’ »