In 2006, researchers discovered a previously unknown cave in Belize. It was full of the remnants of human sacrifices made by the Maya thousands of years ago. With continued research on the caves and skeletons, they also discovered fragments of blue fibers in the victims’ teeth. This surprising find gives scientists more answers about what exactly might have happened during these gruesome deaths.

Human sacrifice is a well-documented part of Maya culture, with evidence that these practices were in place from at least around 250 AD until the Spanish conquest in the 1600s. We know this because the practice is referenced in classical art and documented in early pictographic texts. We’ve also discovered many examples of the practice in archaeological human remains. 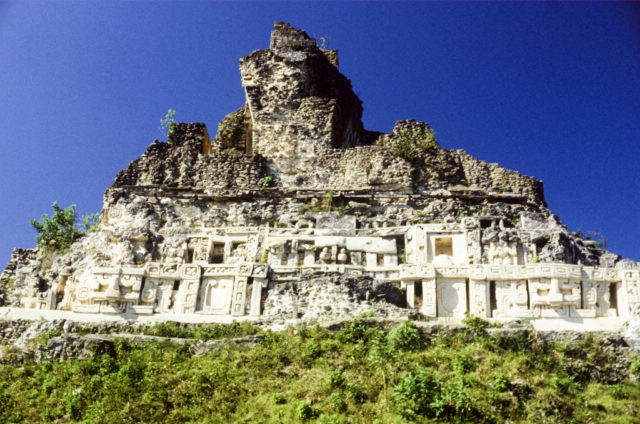 The Maya believed that human sacrifice was a way of offering nourishment to their gods. It was literally a matter of life and death, as without the sacrifice of human blood the sun would disappear and the world would end. The people who were sacrificed to the gods were usually those captured in battle and who maintained a high social standing.

Those sacrificed were also given a special place in the afterlife where they would be honored until the end of days. Animals were commonly used, however, they were not seen to be as powerful of an offering as human life or human blood. The Maya also made sacrifices of children, something that is apparent from the contents of the Midnight Terror Cave.

The cave was discovered in 2006 after a local farmer heard a looter scream after falling 60 feet to the floor. Inside, he found thousands of human bones and teeth, most of which were so destroyed that it was impossible to tell just how many bodies there were. Researchers were able to determine that the cave had been a place of sacrifice to the rain god Chaac (Chaak). 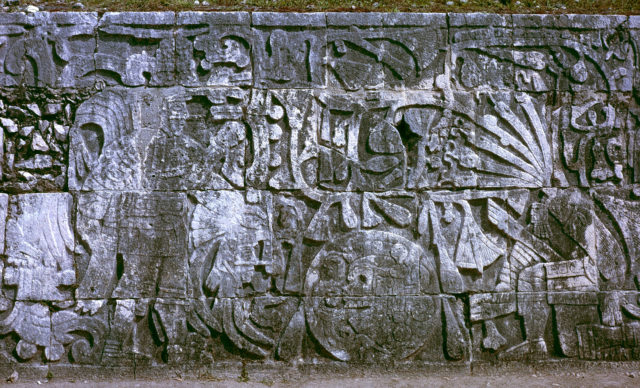 Sculpture in the Great Ballcourt at Chichen Itza depicting human sacrifice, an important part of Mayan culture, much like in the Midnight Terror Cave. (Photo Credit: HJPD/Wikimedia Commons/CC BY-SA 3.0)

They also discovered that the sacrifices made there were all children no older than 14 years. In fact, the vast majority of the remains were from those between the ages of four and 10. Based on the number of bones present, as well as through radiocarbon dating, the researchers were also able to determine that the sacrifices were made over a period of roughly 1,500 years starting as early as the beginning of the Maya people.

What do the fibers mean?

Research conducted in 2022 discovered blue fibers on the teeth of the sacrifices. This discovery was made after scrapings from around 120 victims’ teeth were analyzed. This was an unexpected finding, but it has given researchers more understanding of what may have happened in the lead-up to the sacrificial deaths.

They identified that blue was an important color for Maya rituals, so whatever the fibers came from was used as part of the sacrificial process. Some hypothesize that the fibers could have come from gags used on the victims. The sacrifices might have been paraded through town after being gagged. 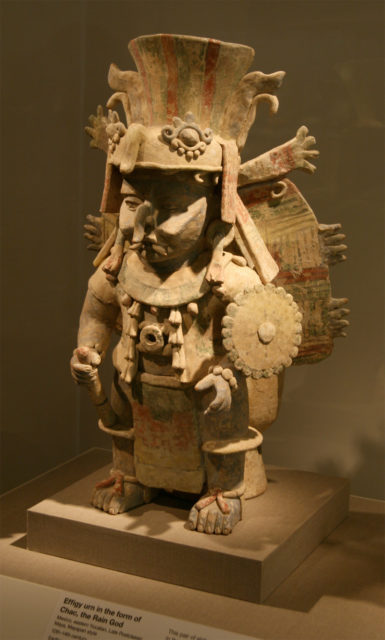 The researchers have also suggested that the fibers could have come from an alcoholic beverage that was dyed blue and used to help ease the suffering of victims. Another theory entirely unrelated to sacrifice is that the fibers were somehow introduced to the teeth through some early form of dentistry.