On December 2, 1941, chief flight radio officer Jack Poindexter boarded Pan Am Flight NC18602 in Treasure Island, San Francisco. The flight on the Boeing 314 “Pacific Clipper” was set to fly to Auckland, New Zealand before returning to San Francisco on December 10. But when the attack on Pearl Harbor began on December 7, the crew of the Pacific Clipper was forced with an insurmountable task: fly around the world, or die trying.

The Pacific Clipper was a luxury aircraft

The Boeing 314 Pacific Clipper was a flying boat aircraft, essentially a seaplane with the ability to land on water. One of the largest aircraft of its era, the 314 was comparable in size to today’s Boeing 747 planes. These seaplane flights were known for their lavish experience and exceptional service. Gourmet meals were prepared in onboard kitchens and the aircraft even featured sleeping quarters complete with formal turn-down service for passengers. 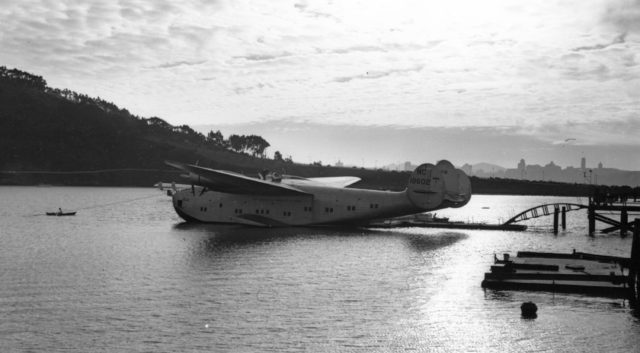 According to The Washington Post, the experience of flying on the Pacific Clipper was as luxurious as it gets. “If you got on an airplane like this then, you were flying premium first class with a suite in an airliner today.” With twelve crew on board and experienced pilot Captain Robert Ford in charge, Flight NC18602 left San Francisco and headed toward New Zealand. The return flight was scheduled for December 10, but just days before the crew prepared to head home, the unthinkable happened.

Just before 8 am on December 7, 1941, hundreds of Japanese fighter planes arrived at Hawaii’s Pearl Harbor naval base. They destroyed close to 20 American navy vessels, including aircraft and battleships, and killed more than 2,400 Americans – many of them civilians. The attack thrust the United States into World War II, and it also forced the crew of the Pacific Clipper into a dangerous situation. 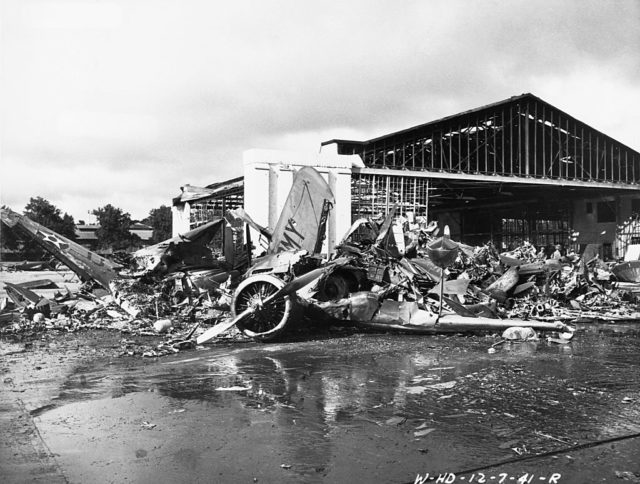 A heap of demolished planes and a wrecked hangar at Wheeler Airfield after the Japanese bombing of Pearl Harbor. (Photo Credit: Corbis / Getty Images)

The crew knew they couldn’t fly east toward home, so they jetted off in the opposite direction. With no navigation, charts, or assistance from Pan Am, the plane was flying completely blind. Dodging bullets and explosions, the Pacific Clipper unintentionally became the first commercial flight around the globe. After five weeks and over 30,000 miles, they would eventually land at La Guardia Airport in New York City on January 6, 1942.

Flying blind around the world

Originally departing from San Francisco, the crew of the Pacific Clipper made several refueling stops before finally heading to Auckland, New Zealand. With 12 passengers on board on December 7, the plane was approaching New Zealand when an eerie message came across the radio that Pearl Harbor had been attacked. The crew had already been informed that an attack could happen. 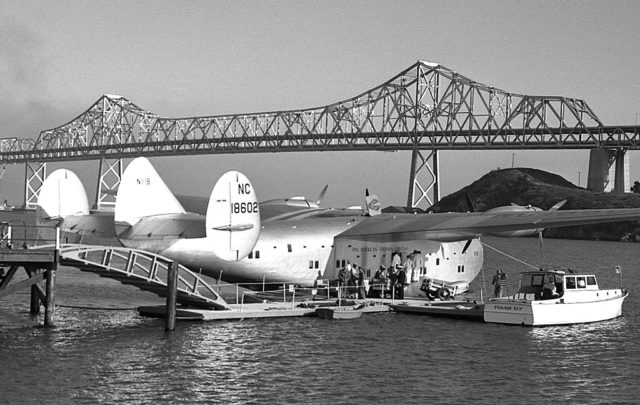 Captain Ford opened a secret letter he was given before taking off from San Francisco that explained step by step what course of action they should take if war broke out. The Japanese and Germans knew that the Boeing 314 was a high-tech aircraft, putting a massive target on the Pacific Clipper’s back.

Ford’s letter explained that if the crew must deliver the Pacific Clipper to the American military, and if they could not follow through with their mission, they must destroy the aircraft – and sacrifice their lives. 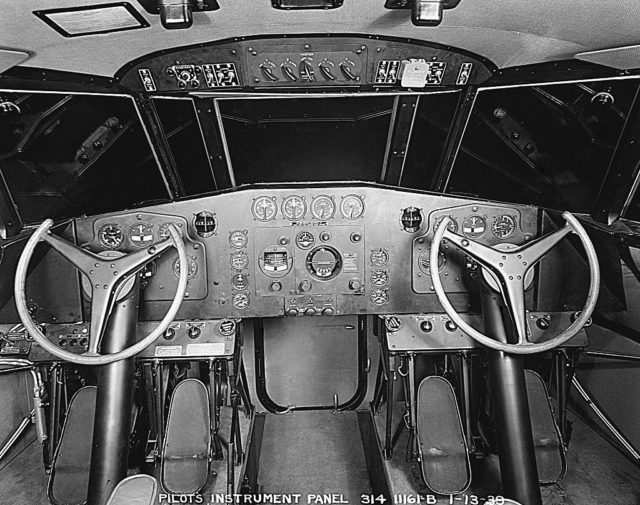 The Clipper arrived in Auckland with its 12 passengers. As soon as the crew had emptied the plane, they prepared for what was next. They would no longer be serving gourmet meals to the rich and wealthy. The coming weeks were solely focused on survival as they raced around the globe.

The crew spent a week in New Zealand before finally receiving orders from Pan Am. Captain Ford was told to fly west across the globe to New York City since getting back to the United States by heading east was impossible.

Captain Ford recalled a citizen’s helping hand that ultimately gave his crew the money needed to finance their trip home:

“I was wondering how we were going to pay for everything we were going to need on this trip… In Gladstone a young man who was a banker came up to me and out of the blue said, ‘How are you fixed for money?’ ‘Well, we’re broke!’ I said. He said, ‘I’ll probably be shot for this,’ but he went down to his bank on a Saturday morning, opened the vault and handed me five hundred American dollars… That $500 financed the rest of the trip all the way to New York.”

With no support, no fuel, and their $500 the crew stocked the fuselage with gas, spare parts, food, and other provisions – including an atlas that would be their sole navigation source.

The plane was stripped of any markings to confuse Japanese patrols they could have encountered, but it also confused Allied patrols who pondered over the radio if they should shoot down the strange aircraft.

On December 17, 1941, they headed for Australia. Landing in a harbor, they encountered a man on a small boat who shouted they had landed in a minefield. Luckily, they traversed the waters and avoided detonating the bombs.

Throughout their incredible journey, the crew barely escaped submarine fire, explosions, and faced countless hours over open ocean and hostile territories. They navigated around the globe using nothing but celestial navigation. The crew even celebrated Christmas and rang in the new year while in the air, before they finally landed in New York City on January 6, 1942.

The air traffic control officer on duty at LaGuardia airport was stunned when the voice of Captain Ford came through on the radio, announcing the end of their marathon flight: “Pacific Clipper, inbound from Auckland, New Zealand, Captain Ford reporting. Due arrive Pan American Marine Terminal LaGuardia seven minutes.”

Despite overwhelming odds, they survived the longest and first commercial circumnavigation of the world – even though they didn’t return to San Francisco they did return to their country of origin.

More from us: The Longest Layover Ever? Sir Alfred Was Stuck in an Airport for 18 Years

The Pacific Clipper’s record for the longest commercial flight by mileage- 31,500 miles – has yet to be broken.